We’ve had a busy week. My sister and her husband closed on their new house, so much painting was being done. My son and his wife are getting their house ready to sell, which also means much painting is being done. Since Michael is a paint contractor it is only natural that he would help when he can.

I made a special breakfast before they went off to offer their help to Brian and Lauren. 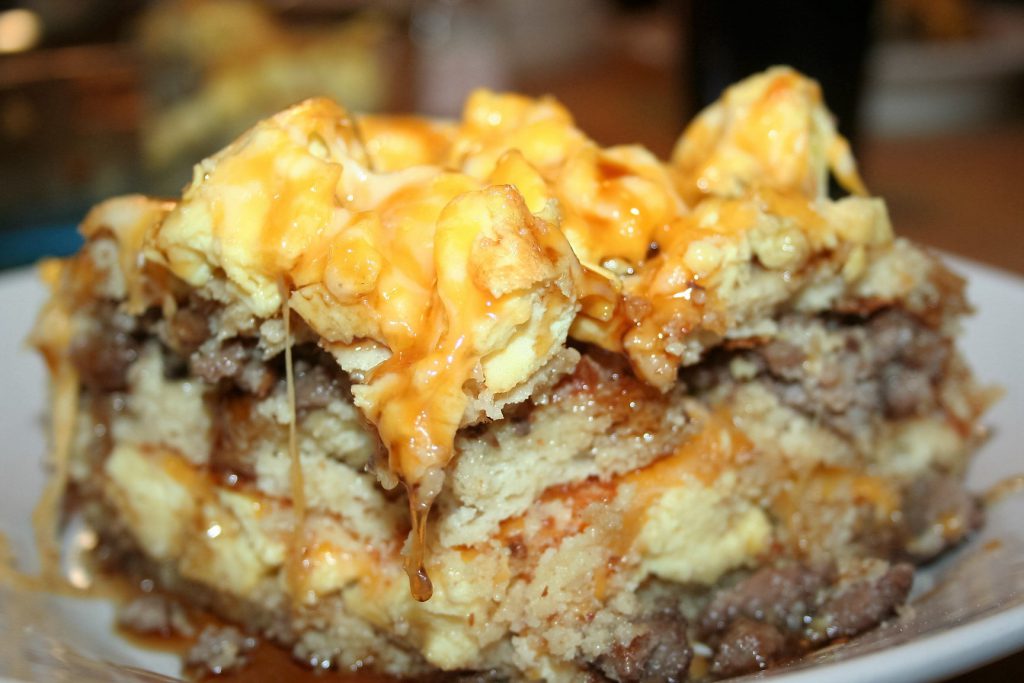 This is really filling! Tiffany hardly ate any of hers. Michael ate half of his and I ate three-fourths of mine. Brian and Lauren hinted that it would be helpful if I could watch Liam for them, so they could all get some work done . . . I got myself together and off I went, just a few minutes behind Michael and Sean. Tiffany let me take what she didn’t eat to Brian . . . what a sweetie she is. I’d packed up Michael’s leftovers and what was left of my piece and sent it with Michael for him to eat later.

I took Liam supplied with toys and his pack-and-play. I expected that I’d have him at my house for a bit and then I’d be off to see how I could help Tracie. While I was gone, Tiffany was a jewel whipped up a replacement batch of pancakes for the guys for breakfasts this week. I got home and puttered around a bit. I should’ve done things but I enjoyed watching this cutie instead. 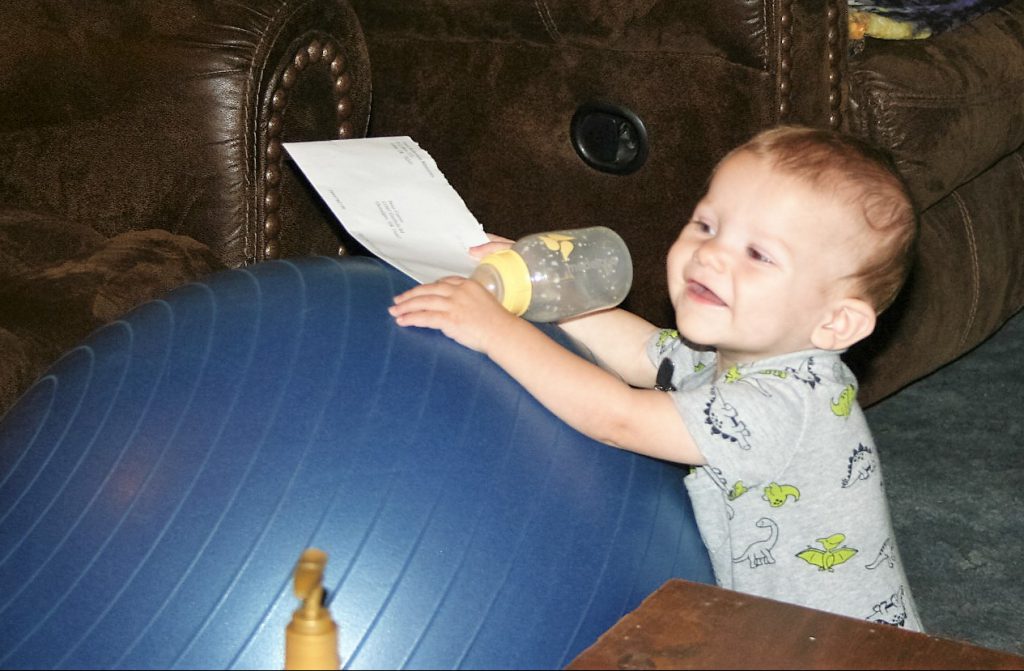 He liked the mail. Last time he was playing with the grocery ads.

I finished feeding him his lunch and thought I should check in with Tracie. Turns out that I missed her reply text to me and she was home already. So Tiffany, Liam, and I packed up and headed over. Thankfully, she lives close by.

I had so much to gather since I had Liam that I completely forgot about taking pork rinds and ketorito seasoning to eat with our burgers for dinner. So we stopped at Family Dollar on the way. Unfortunately, Liam fell asleep in the car, which did not bode well for any further nap later. But try we did.

Michael and Sean showed up around 6:30, in time for dinner, followed closely by Brian and Lauren, who had also picked up Ashlee from her dance practice, so Tracie didn’t have to go back into town.

My parents had been there all day. They are both in their 70s and sometimes forget that they are not in their 40s any longer.

I didn’t get any good pictures, as usual. I was too busy living life.

We also celebrated Brian’s birthday this week. It was ridiculously cool for July and under normal circumstances I would’ve liked it but we were there to swim.

The young adult conference starts this coming week at our church and I’m in charge of the lunch. So we have another errand day and then a fun week of serving the next generation. I won’t kid myself though, I’m gonna be tired.

Speaking of which, I better run. We’ve got lots to do today! I hope you have a wonderful weekend.