It is hard to believe that Thanksgiving was just last week but alas, it is already December sixth. My mom went to my sister’s house earlier in the week and helped her and the girls set the tables in preparation for Thanksgiving dinner. 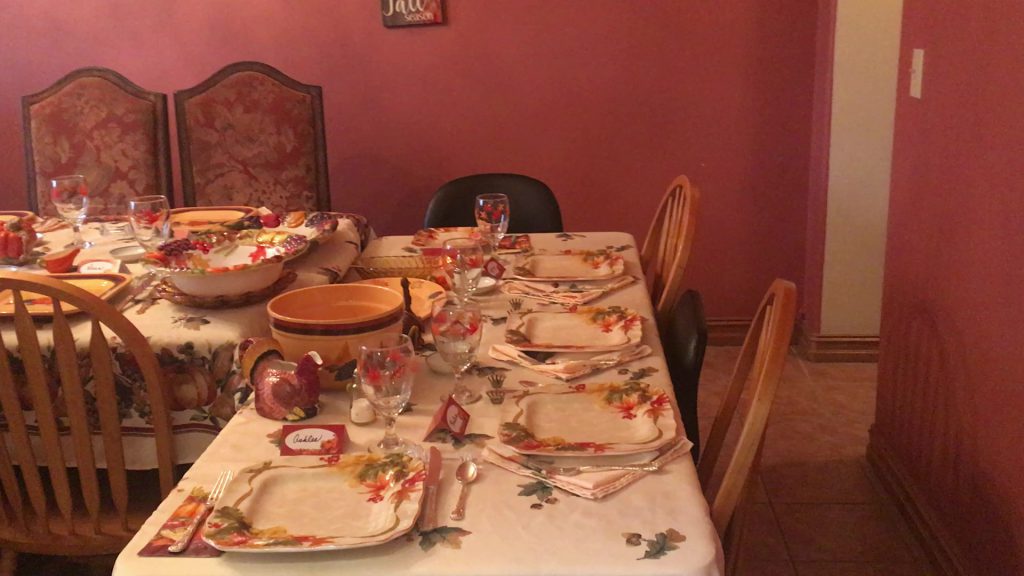 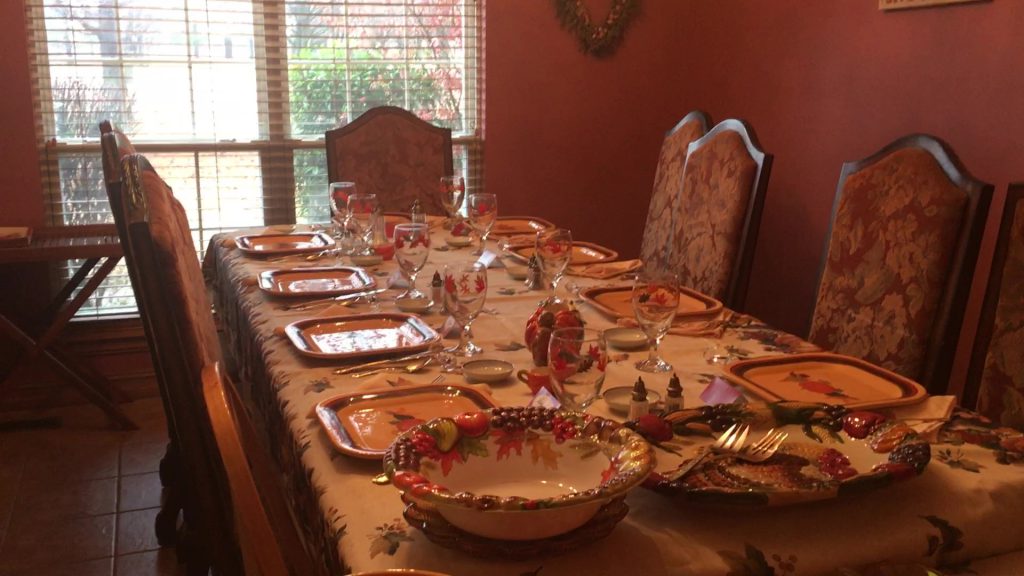 My middle sister and her family live in Missouri and weren’t able to make it or this would not be enough to hold all of us as they add another seven to our numbers.

My brother-in-law is a jewel and loves to cook, so he does most of the cooking with Tracie there to help. Brian and Michael help some too, whereas Sean prefers to clean up.

(And I’m so glad he does.) Some years I have chosen to fix dishes that stay more closely on whatever eating plan I’m on at the time but this year I decided that eating the Trim Healthy Mama way, which includes crossovers of both carbs and fats, that I would just not sweat it.

I did make some spelt rolls and baked them fresh that day. I’d also pre-baked some sweet potatoes and re-heated them just before dinner, so I didn’t do much. I usually am in charge of mashing the potatoes and I botched it this year. I guess I’m too used to mashed cauliflower because I made them too thin. But when I’d tasted them to see if they needed any more milk, they were grainy, so I thought they needed more . . . uhhhh, nope.

After dinner Liam, our 3-year-old grandson, decided to play on the piano. Not one to miss an opportunity like that, my mom sat down beside him and began playing some Christmas carols. And of course, we girls chimed in too.

He did get bored with that but the caroling wasn’t yet over. So he was played with as the singing continued. 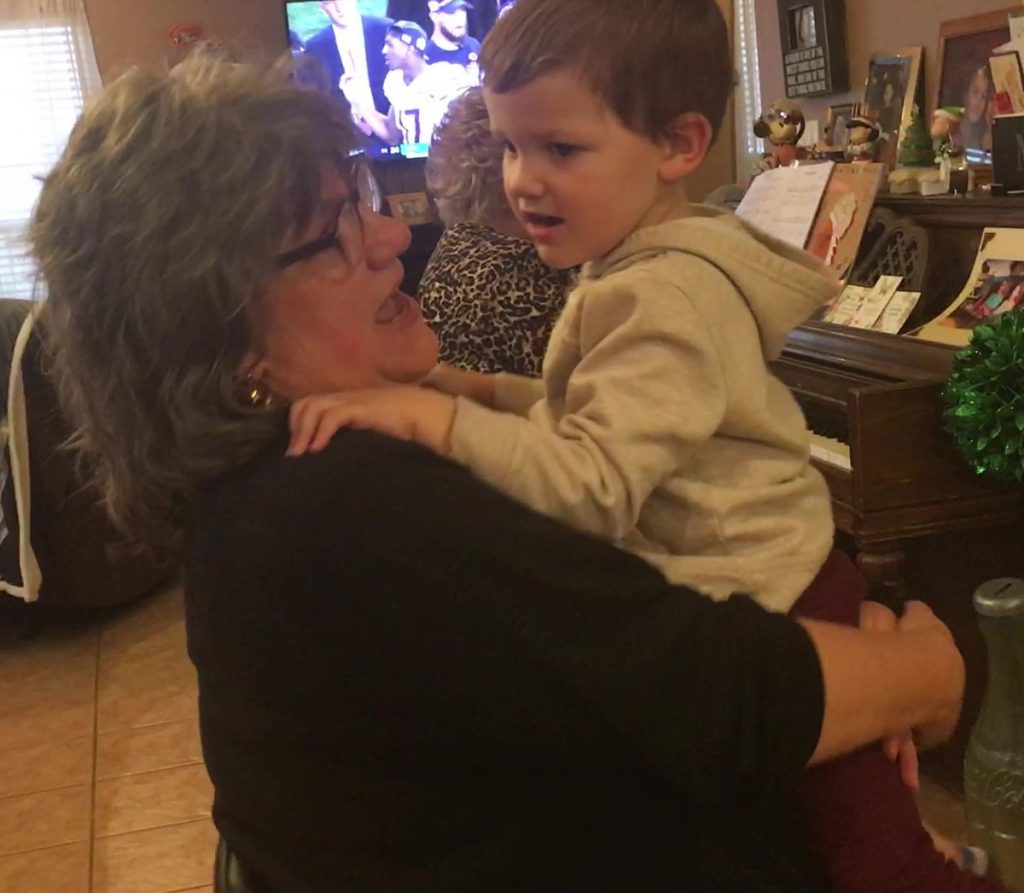 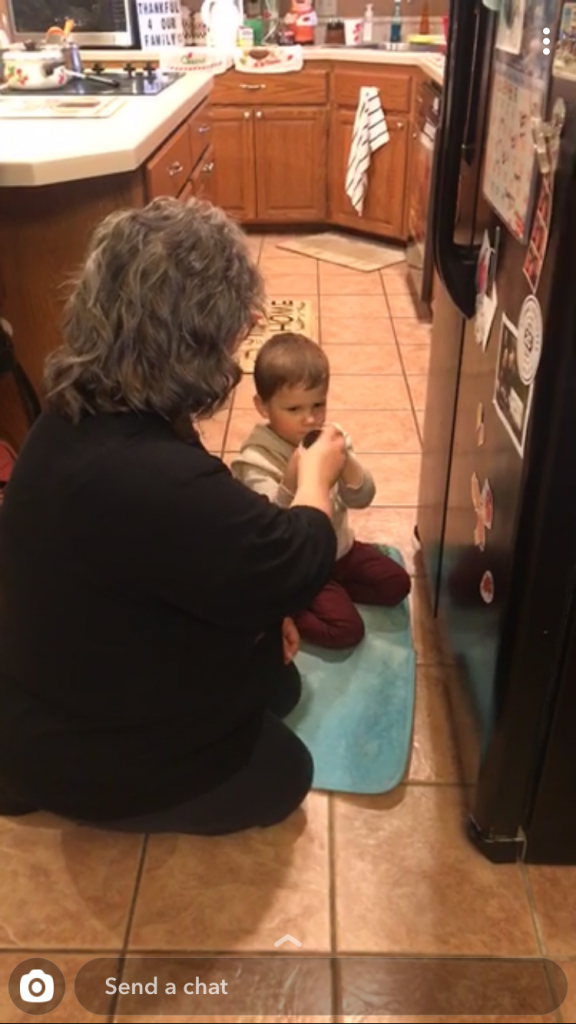 He got me on the floor to play with Tracie’s magnets on the refrigerator and got Tracie to play play doh with him. 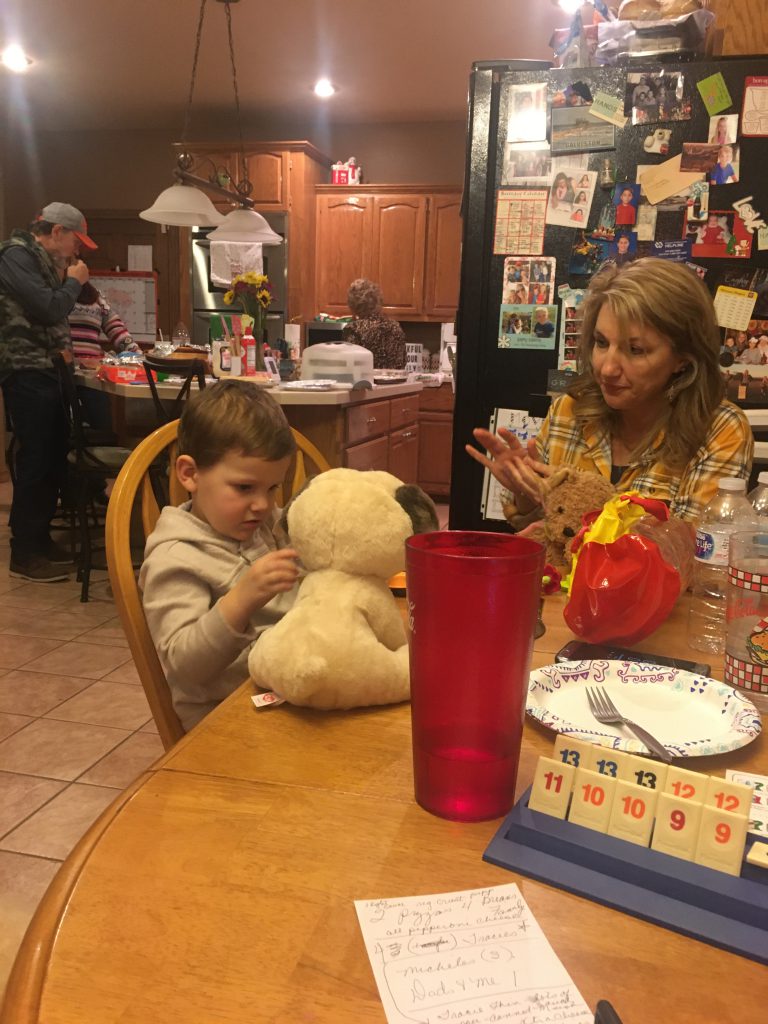 We started something new this year: we voted for Christmas dinner. We listed the things we’ve done before and then allowed a write-in option as well. I can see this being something where people campaign for their favorite meal in years to come. 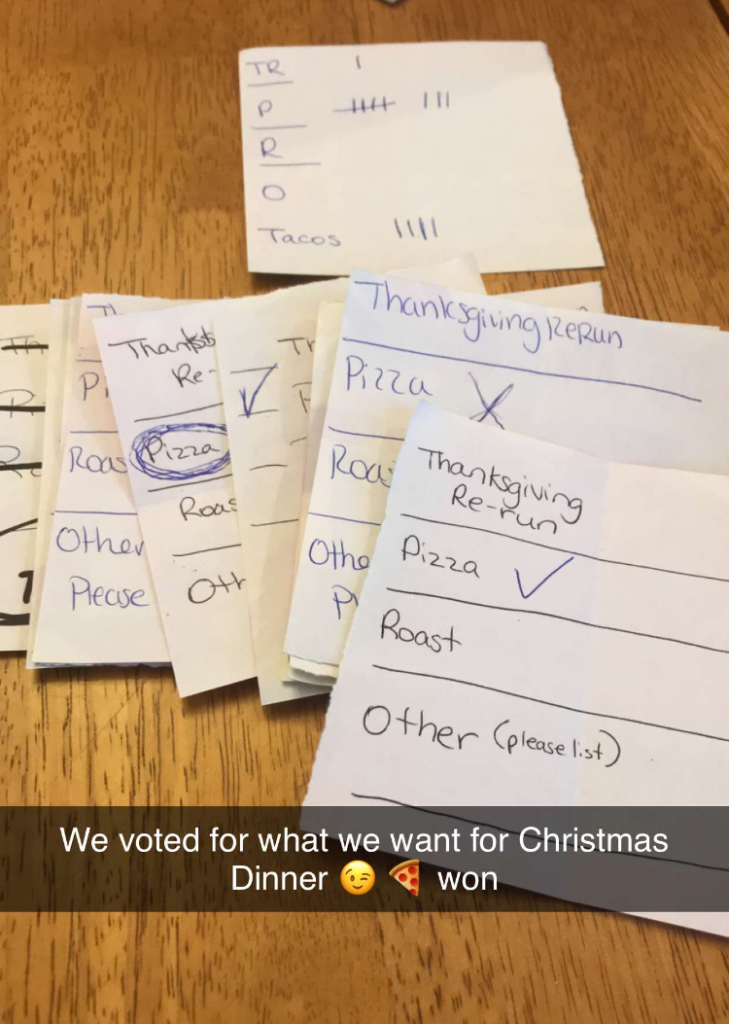 We did have a write-in vote of Tacos, so I can see that being an entry next year, as it garnered 4 votes.

Tiffany and I put up our tree on Wednesday before Thanksgiving and then went over on Monday afterwards with my sister and her girls and helped Mom put up her new, smaller tree. It was nice to all be close enough to still make those memories with Mom and Dad. Since we have Thanksgiving at my sister’s house, we can’t put up Mom and Dad’s tree that night. For the last several years, Tracie and her girls went over and helped but this year Tiff and I joined too.

). Oh, I was offered an on-plan snack but ham noodles won. 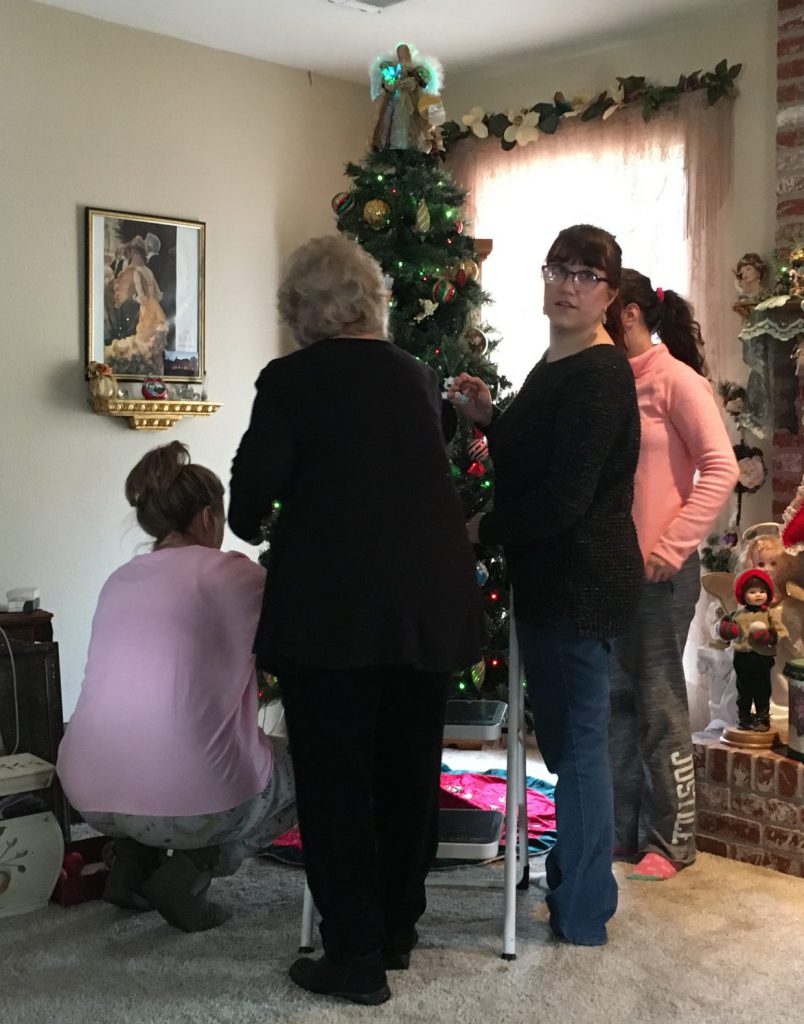 This weekend is Christmas light weekend.

So next week I should have some fun pictures to share; that is, if I remember to take some pictures.

I hope you have a great weekend during this wonderful time of the year.