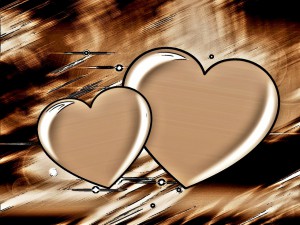 Last week I caught whatever it was that Tiffany had the week before. By Saturday afternoon, I was fighting a migraine headache which seemed to stem from sinus issues. Mike really has a hard time seeing me in pain. Thankfully it doesn’t happen often. If I have some pain, it is usually bearable; there have only been a few times that the pain was so bad I cried.

Saturday was one of those days. I had fought with that headache for so long, taken all the things that usually help and nothing was working. Mike was right there to help me. He rubbed my head and prayed for me. He really waited on me, getting whatever I wanted.

I took a detox bath and he brought me some water and just stayed and talked to me a bit, while I was soaking. He was so attentive! At one point during the evening he sat on my chair as I sat on the floor in front of him and he messaged my neck and head. Then we sat on the sofa where he let me lean on him, encouraging me to close my eyes and sleep (since I had bad pain behind my eyes), as he rubbed my head. He continued this for 4 hours! Yep, 4 hours!

Now, this was a tremendous sacrifice for him because I am warm natured to begin with. Add in the fact that I had just taken a hot detox bath and was sitting on a leather-like sofa, which makes me hot too. All this adds up to a very warm situation. By the time we headed to bed, he was sweating and had to take a shower before coming to bed.

What a sweetie. Oh and the high temperature was only in the low 50’s with a cold wind, so it was not hot in the house.

When we went to bed, he set me up with about six pillows hoping that being in a more upright position would allow me to breathe better and not snore. It kind of worked, although I did toss two of the pillows throughout the night.

I don’t know if he’s always been this way or if this is a new thing for him, since, as I mentioned already, I have seldom felt this way. Whatever, it doesn’t matter. All that does matter is that he did it and did it without any hint of not wanting to. He inspired me to do the same, even if he isn’t sick.

I did thank him for his attentiveness and such sweet care of me. It really made me feel good emotionally, which may have helped me physically. There is something to be said for the positive effects of positive thinking/attitude on the body.