That is pretty much how my week has gone, I had planned to clean out my plastics cabinet, again but this time, put things in a bin to help organize it and hopefully keep it manageable. But when I made the chocolate sauce to go on top of the Chocolate Chip Pancakes from Trim Healthy Table cookbook, 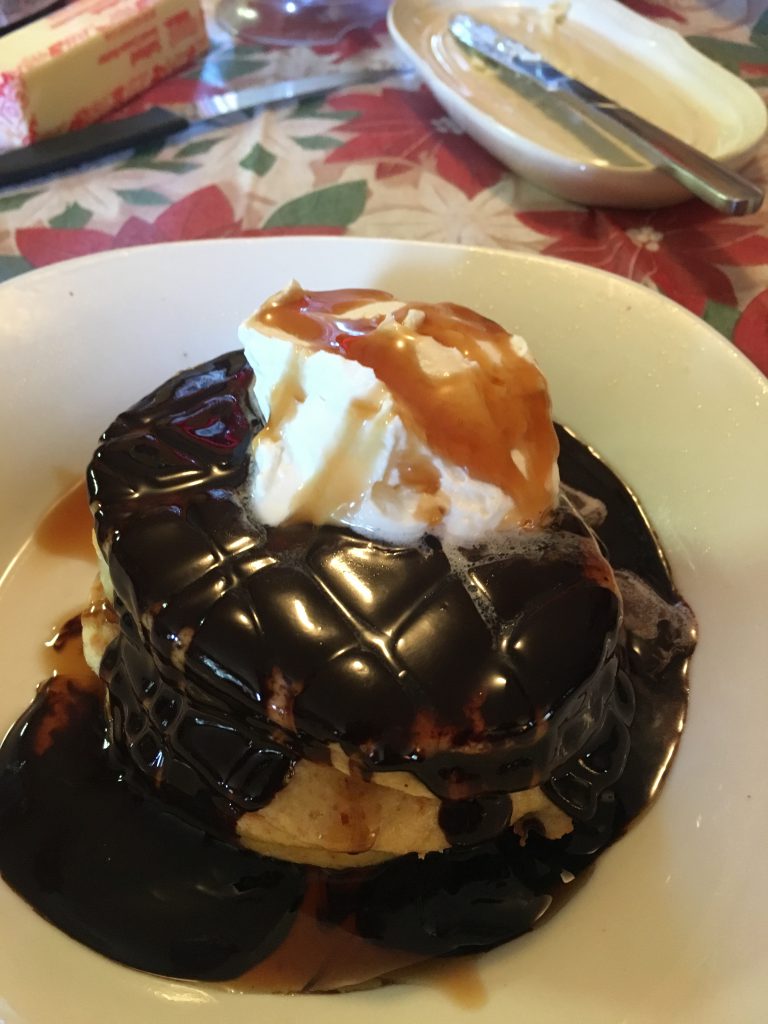 I used to small of a pot and it boiled over. And when I say it boiled over, I mean, it boiled over. I must have lost nearly half of the sauce to the stove. Yes, of course I turned the heat off and lifted the pot off the burner AS SOON as it started boiling over but it just kept spilling over! It was horrible and messy.

We were hungry (Sean was home sick from work, so it was three of us), I salvaged as much as I could, and I decided to clean up the mess after we ate. Well, we have a gas oven which is OLD and has a lower section that you have to clean. 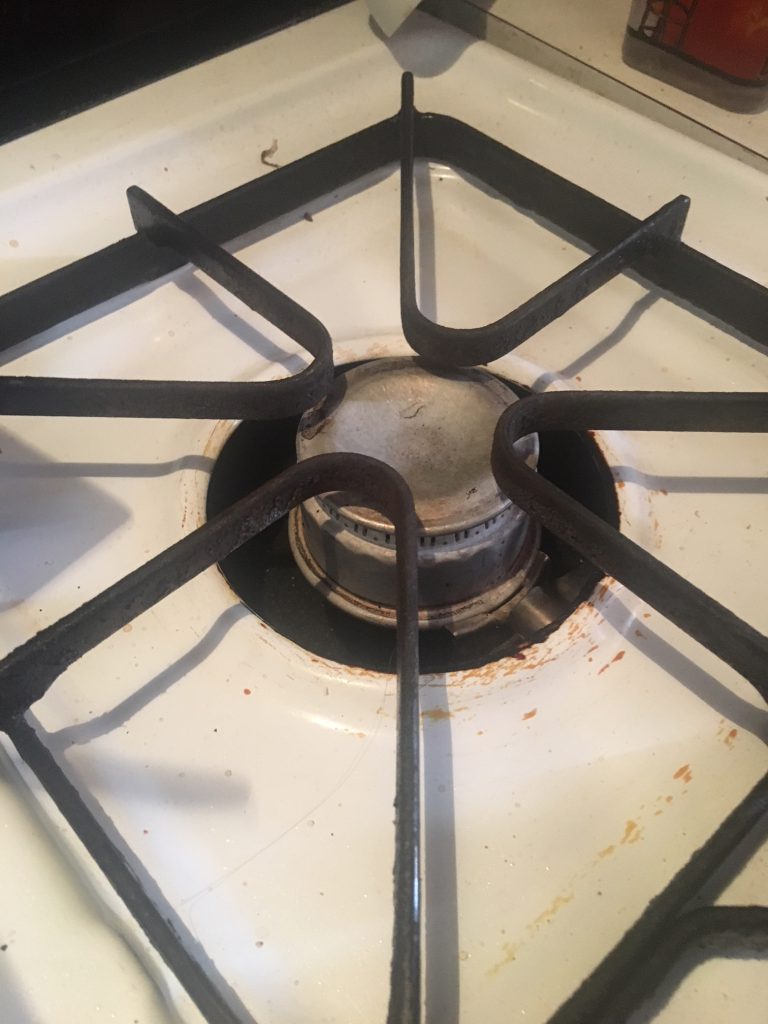 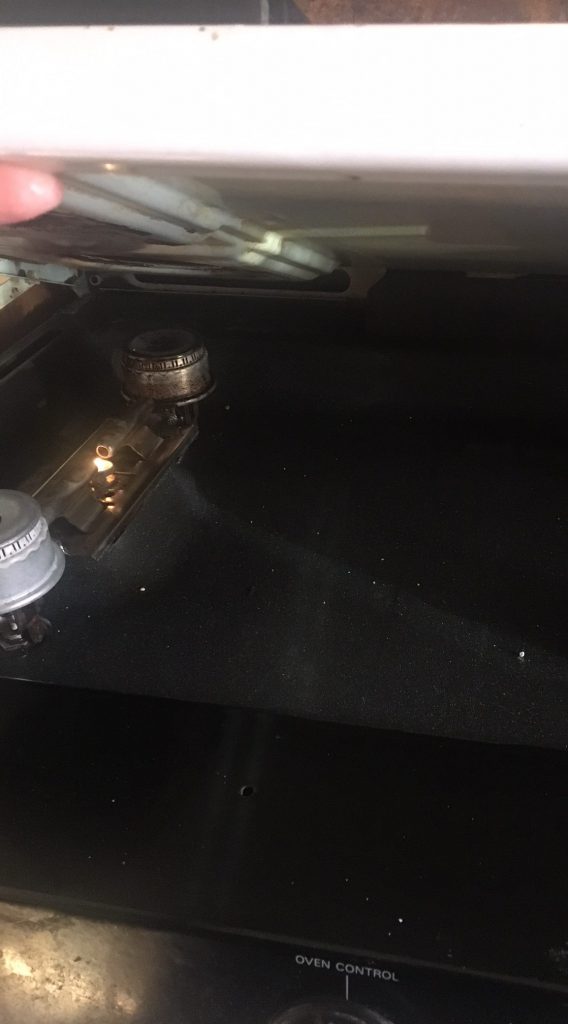 I am ashamed to admit that I have not cleaned it in quite some time but obviously that picture was take AFTER the clean-up that took me about two hours to do.

You see, first I had to clean the top, so while I was at it I scrubbed it trying to make it look as nice as possible. I also scrubbed the grates. THEN I lifted the top and cleaned that mess. It wasn’t JUST the spilled over chocolate sauce but also many weeks of crumbs and such mess. THEN I took the burners and soaked them and cleaned them using boiling water to try and remove the built up gunk that I didn’t even realize was there. It was truly nasty.

I scrubbed and scrubbed with scrub brushes and tooth brushes.

Of course, after all of that, I had to get the burners lit again, which isn’t always easy. That back burner thinks it is a simmer burner now because it does not go up very high at all. I could have sworn that it used to but even now, several days later, it still needs to be lit with a match and will not produce a very high flame. No huge deal though, because I don’t really use it very often, since I’m so short.

Just in case you are wondering, I did turn the burner thingy around to see if it was that and the back one still had a much smaller flame than the other three.

I did have a nice visit with my sister and her girls for a couple hours one day this week. We did decide to change our day though so that she wouldn’t have to leave at a set time and we could get as much visit time as we desire. (And no, I didn’t get any pictures . . . we were busy making the most of our short time together.)

When they left, I did not do anything other than ensure I had dinner ingredients thawed and my blog done; yeah, that was the night I decided to take an easy route to my blog being done and did NOT create a Zentangle tile but I procrastinated even making that decision . . . pitiful, I know. 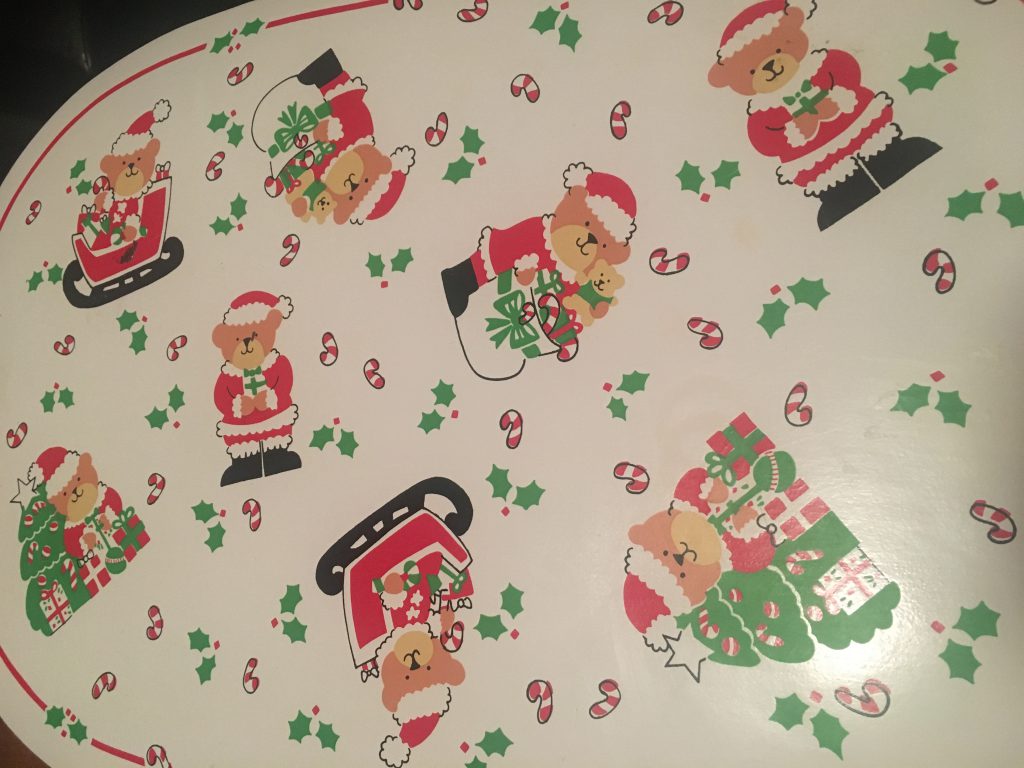 Another day I decided that I was tired of the Santa bear place mats on my table and it was time to put them away and get out some others. Unfortunately, the others had been used as painting covers and had to be scrubbed to be usable. I don’t really have any disposable money to purchase any right now, so I’m making do with what I have but it took a good little while to get them usable. Another day down of not getting those other things done that I wanted to do. 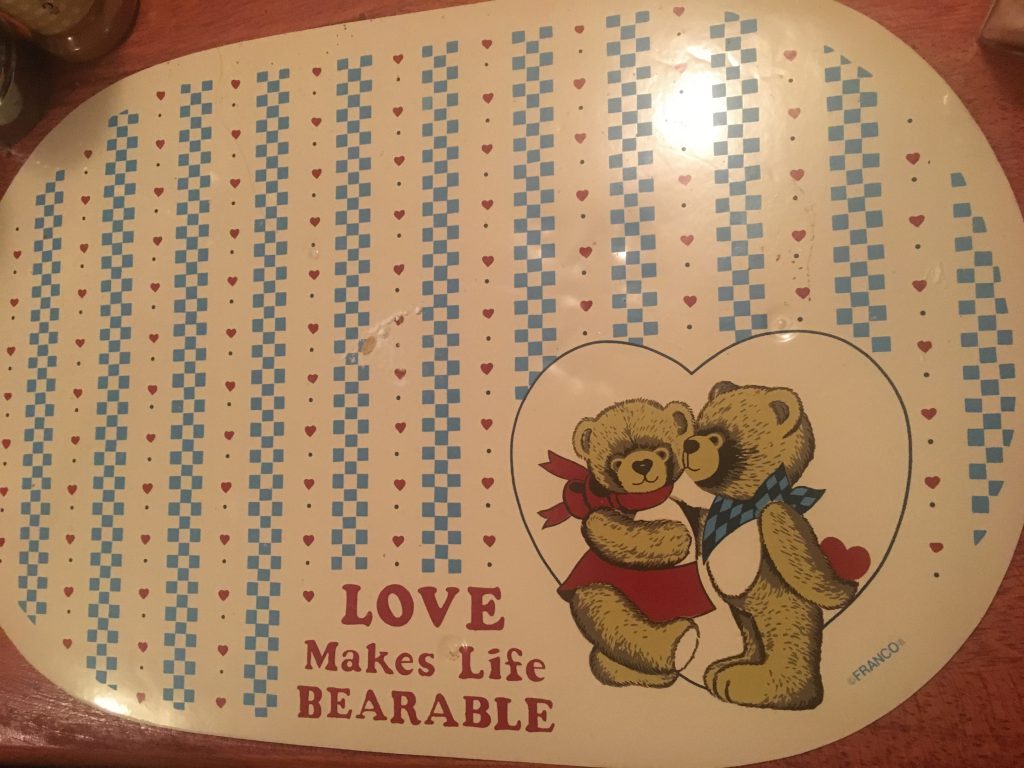 Then yesterday when I was emptying the dishwasher I noticed some scum on the drain. I’ve been ignoring it for about a week but decided I better check it out so that it doesn’t turn into the disgusting mess I had last year sometime. So that took the time I allot in my day for doing those extra kinds of things. Ugh! And still the plastics cabinet is a mess! So, I will move it to another day and hopefully, I’ll get it done.

I hope you’ve been able to achieve your goals this week. I’m hoping next week will be better for me.