Today’s guest challenge by Elisa Murphy is to do a monotangle of ‘Nzepple. ‘Nzepple is one of those tangles that I loved when I first saw it because the piece I saw was in the Zentangle newsletter and had been colorfully watercolored. It was gorgeous. I eventually attempted to draw the tangle but had difficulty doing it justice and thus left it be for a while . . . a long while. Then one day I saw someone post alternative ways to draw it and the original way clicked for me. The original way is still my favorite and ‘Nzepple is a favorite as well.

Because the alternative way of drawing ‘Nzepple (just how many times can I say that word in one post without being totally obnoxious?

) I realized it could fill any area easily.

Today I decided to go with string #26 from Pattern-Collections.com which has three different sized circles in it. My original thought was to draw each one as a button of sorts with a different variation on the initial lines.

For the first and largest button I went with wacky wavy lines for the base lines. The second  and middle sized button I drew with standard lines and for the third and smallest button I drew random lines. I then did the background with a moderate size standard grid/lines.

I’m not very good at drawing uniform lines, so even my standard ones are a little off and wonky but that’s okay with me.

Here is the piece before shading. 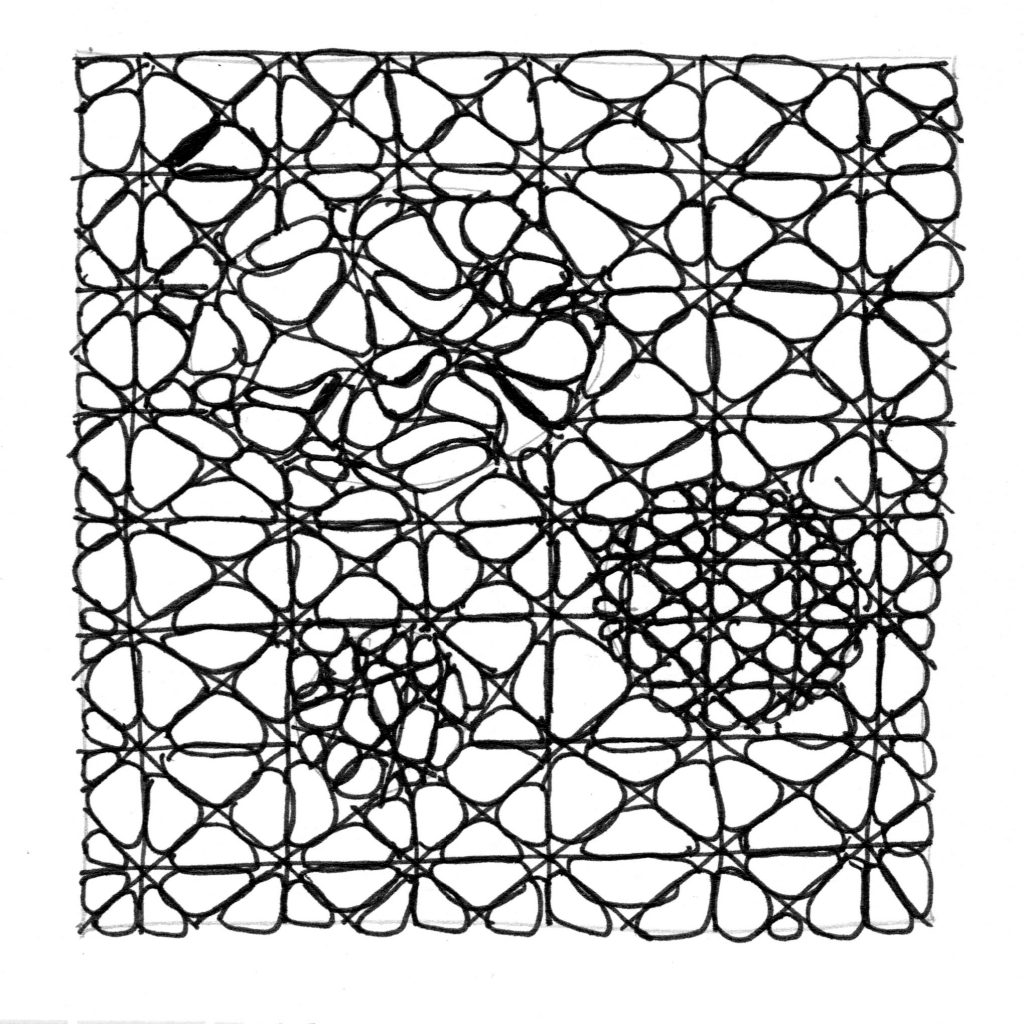 I know, it is really hard to make heads or tales out of it in its unshaded condition. When I started adding in the shading for the buttons I realized that I should have made my circles larger if I wanted them to be buttons. Thus they became holes or cutouts.

Because my lines are not the best, I used some shading to pretty them up a bit. I think you will agree with me that shading made a HUMONGOUS difference in this tile. 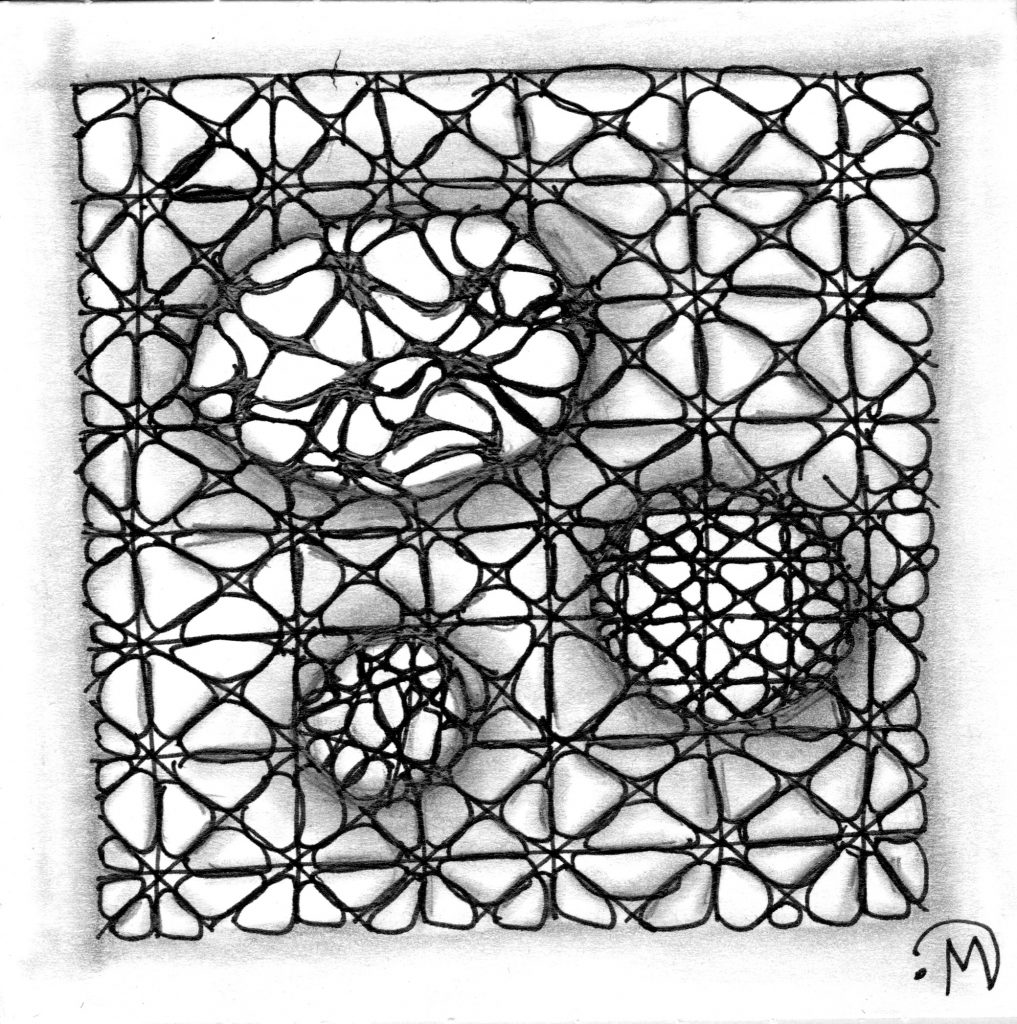 While I was tangling, I did not really like the wonky lined one (largest hole) but when I started shading it I decided to darken everything between the ‘stones’ and I really like how it turned out.

I probably should have shaded this one like I did the large one, but alas, I did not.

I decided not to do too much shading in the cutout sections leaving the light bright in those sections. Overall the tile seems darker in real life, as usual and I can see where I should have spent a bit more time blending but it was getting late and I needed to get my blog post done (as I always post my Zentangle tiles on Wednesdays).

Well that’s it. Thanks for stopping by and a huge thank you to the few that take the time to comment.