These tasty wings are good for dinner, a lunch, or a snack when watching sports or whatever you enjoy.

This is a super simple “recipe”. I saw an online video where a lady said she cooked her wings in a crock pot with butter and Franks hot sauce. So the first time I tried this, I did what she said she did but the meat was too done for my liking and there was LOTS of juice in the pot. So I dumped it all on a sheet pan and baked it on, like 450º, until they were browned up a bit and most of the liquid was evaporated. They were okay but I decided to just bake them on a low oven for a couple of hours.

Oh! I don’t like spicy things and I enjoy these!

Cover you sheet pan with foil to save elbow grease later. Put the wings, in one layer, on the foiled pan.

Add a bit of butter to each wing piece. This probably isn’t necessary but it’s what I do.

Then shake some Frank’s hot sauce or your preferred variety on each wing. (Almost forgot to take pictures again. 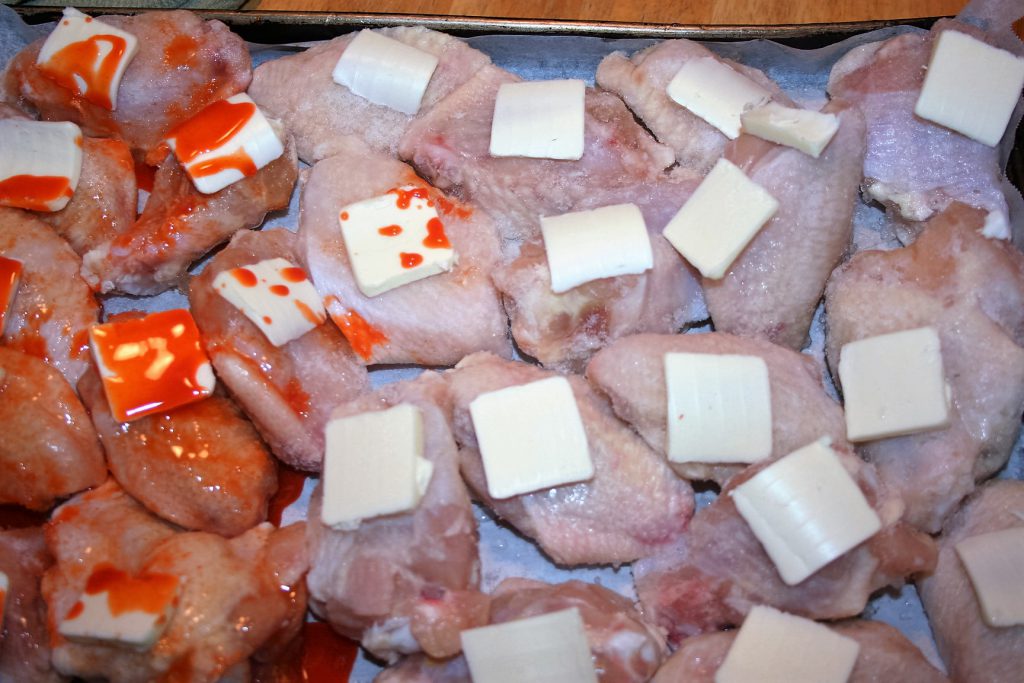 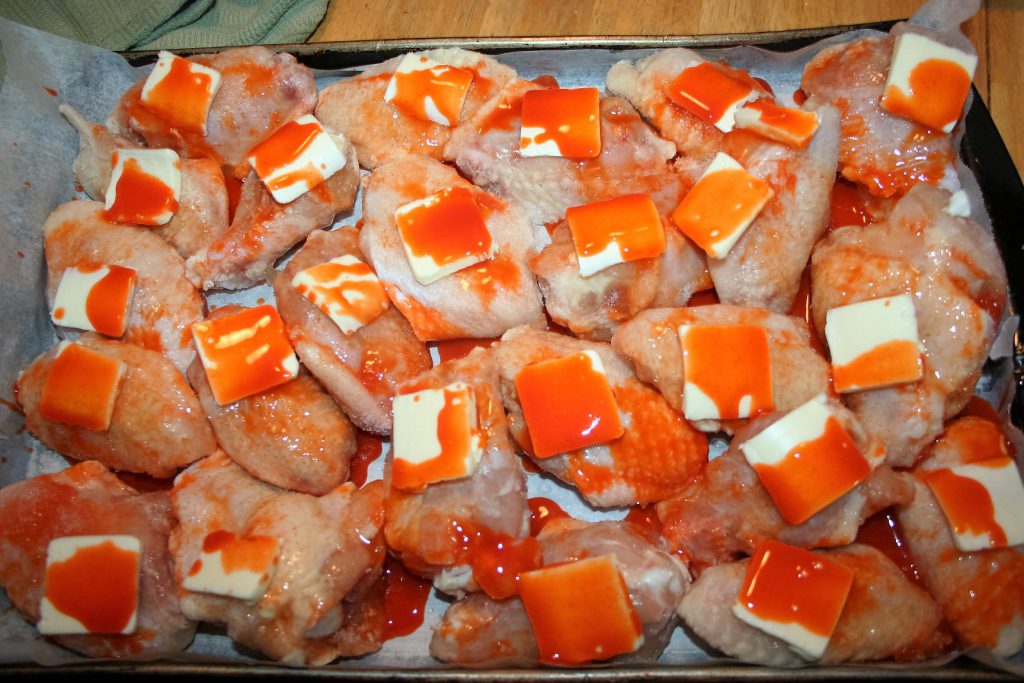 I then put them in the oven on 250º for about 2 hours or sow. They should be done and just need to be browned.

Turn the heat up to 450º or broil (I have a gas oven and hate to broil in it.) for about 20-30 minutes, until most of the liquid is gone and wings are nicely browned. See, I almost forgot pictures! Flip them if one side is getting too brown and the other isn’t crisp yet. Since I over cooked them, I had to turn each wing over to brown the other side this time. 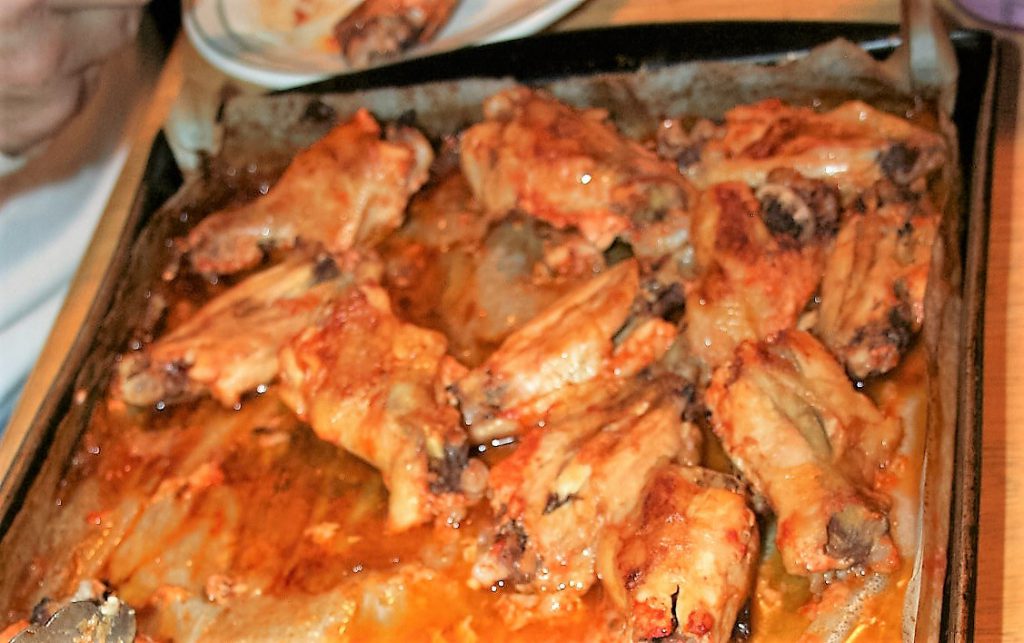 I baked these too long! I forgot they were in the oven. 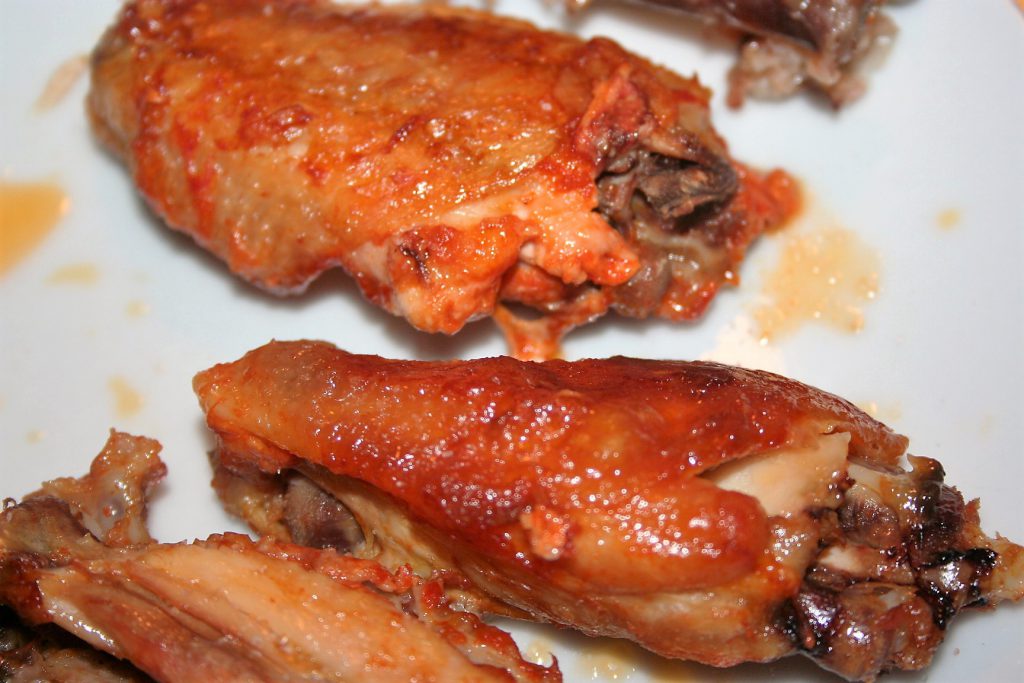 I’ll try to remember to take more pictures next time I make these, which won’t be long from now, because Michael likes them a lot, and add some prettier pictures.