Well, this week I did not like the Diva Challenge of remaking a previous tile that you loved. Well, I have a very hard time remaking a tile that I like but it is one I don’t care for I could probably remake it. I did look through my tiles to see if there was one I wanted to attempt again but there was not.

So instead I decided to just do a tile. The focus tangle for Square One: Purely Zentangle is Nik by Bunny Wright. It is an interesting tangle because there is a square portion to the tangle. I really enjoyed Facade last week and decided to incorporate that into one of the square portions of Nik.

Then I found yesterday’s daily tangle on Pattern-Collections was Lifi Loop by Smita Toke, which looked easy and seemed to have nice end results. Then the daily tangle for today is Lilly by Karin Frank, which looks pretty cool in the stepout, unfortunately I did not do it justice.

So here is my tile before blackening and shading. 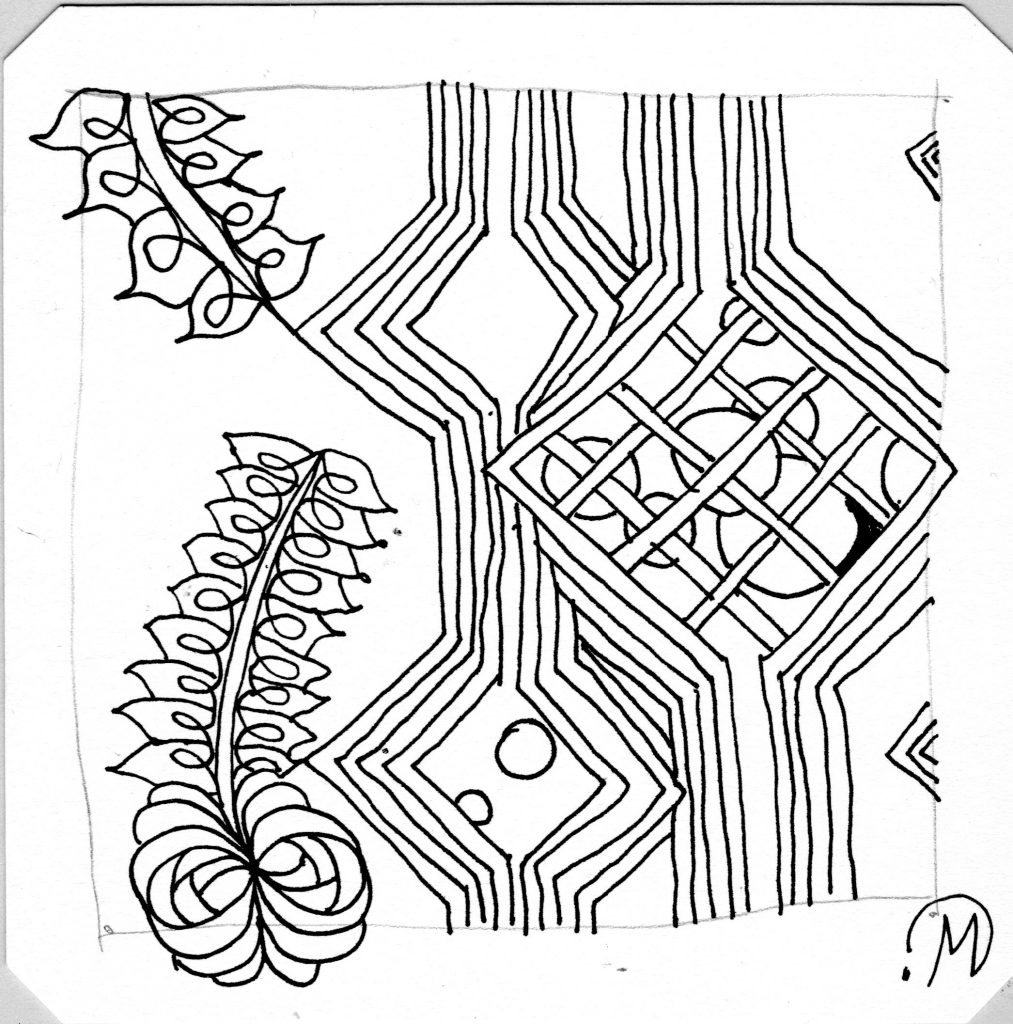 I struggled with the sections of Nik that overlapped each other. I’ll look at others’ tiles to see how they handle this for future tangling because I did like this tangle.

Lifi Loop was really nice but I need to learn how to draw the leafy points better. And poor Lilly did not turn out great. This one needs shading magic.

But I absolutely love Facade on Nik. 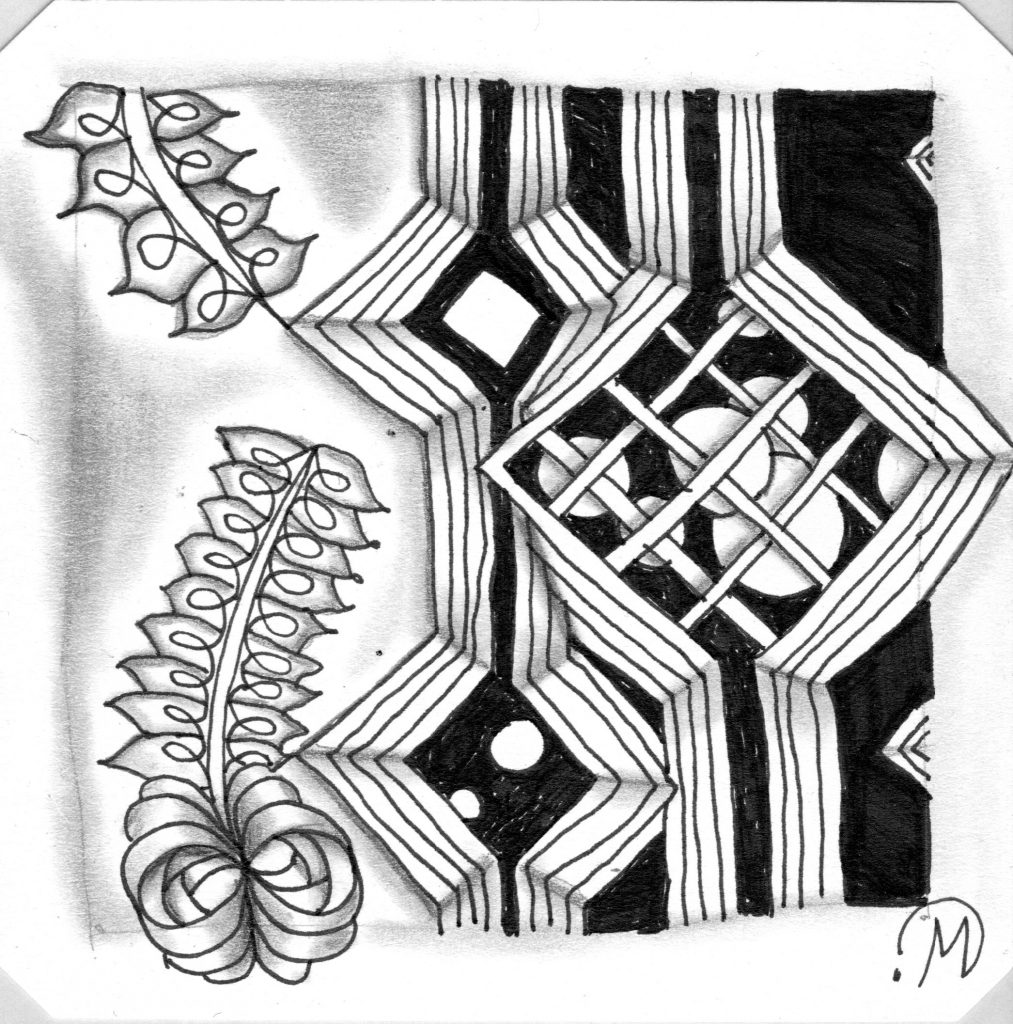 I’d thought about taking another scan after blackening but before shading and completely forgot about it.

Here it is again a bit smaller. 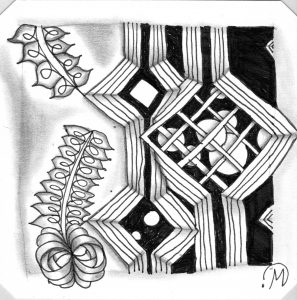 Since so many people said that tiles look better in photographs than scanned, I decided that I’d run outside and see if I could catch some light. Thankfully it is May and in the USA that means we have more sunlight now. It isn’t a bright light but I think it looks decent. 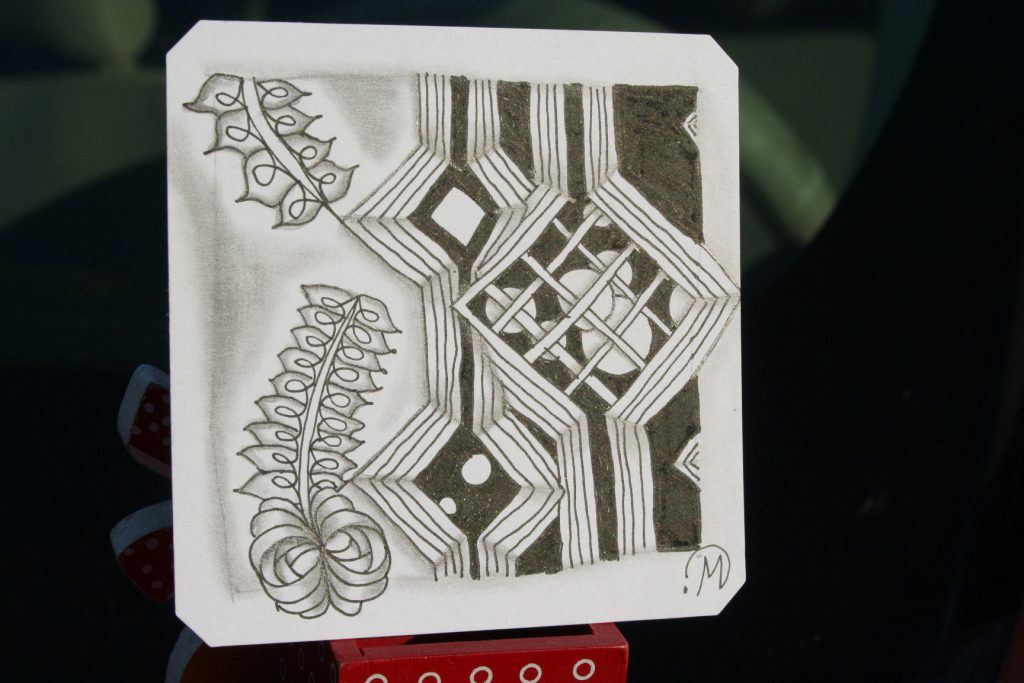 So, which way do you think it looks best?

Well, thank you so much for stopping by. I hope you’ll leave me a comment so I know you were here.

Plus comments are so encouraging.