After Christmas Tiffany got sick. Yuk!!!

Then a day later Michael got sick too!

I talked to my sister about whether we should get together on New Year’s Eve (like we usually do) or not. Tiffany and Michael felt that they could med up enough that they could feel like being there, so we went. Especially since last year we didn’t get together because my niece had a fever.

When we arrived I finished my taco bites and we all munched on the snacks available. There were pigs in a blanket, pinwheels, meatballs, chips, dip, oreo balls, peanut butter balls, and chicken wings. We ate too much–yes, several others proclaimed that they’d eaten too much as well. I even had some of the off plan foods (with lots of pleasure

I didn’t snap a single picture that night. So all these pictures are thanks to family members who had mercy on me and sent them to me.

Ashlee wanted to play their Banned Words game. We formed two teams, younger against older, and had fun. Before you go thinking that it wasn’t fair to the younger ones, you should know that first, the youngest one is eleven and oldest on their team is twenty-two and they won. 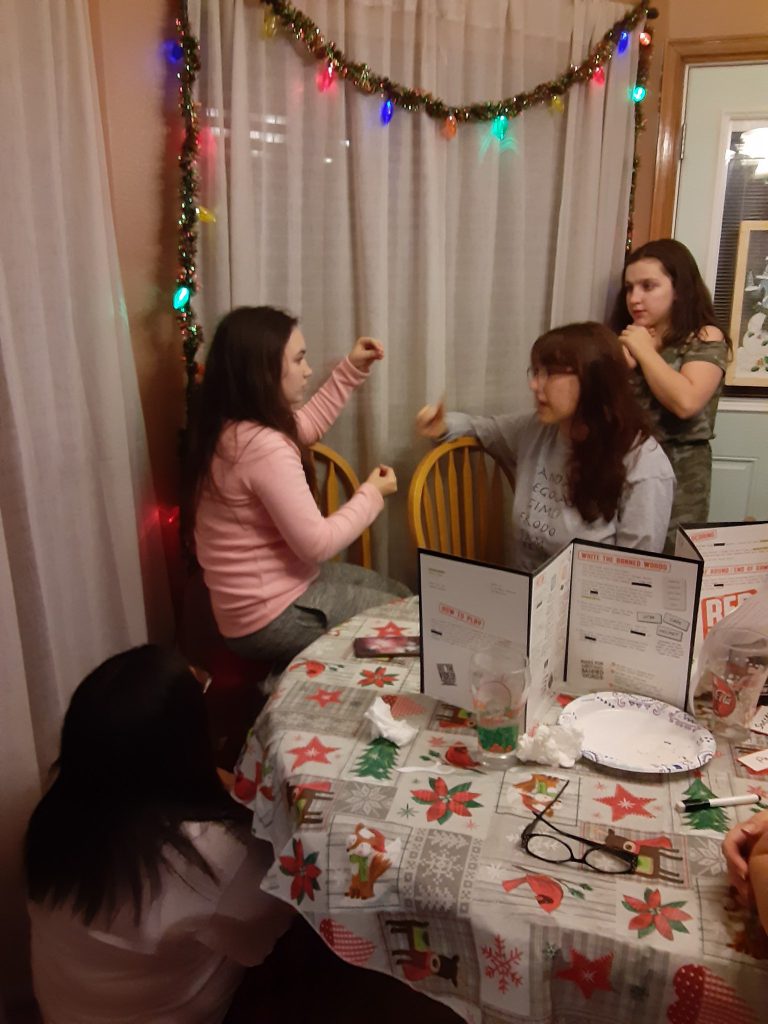 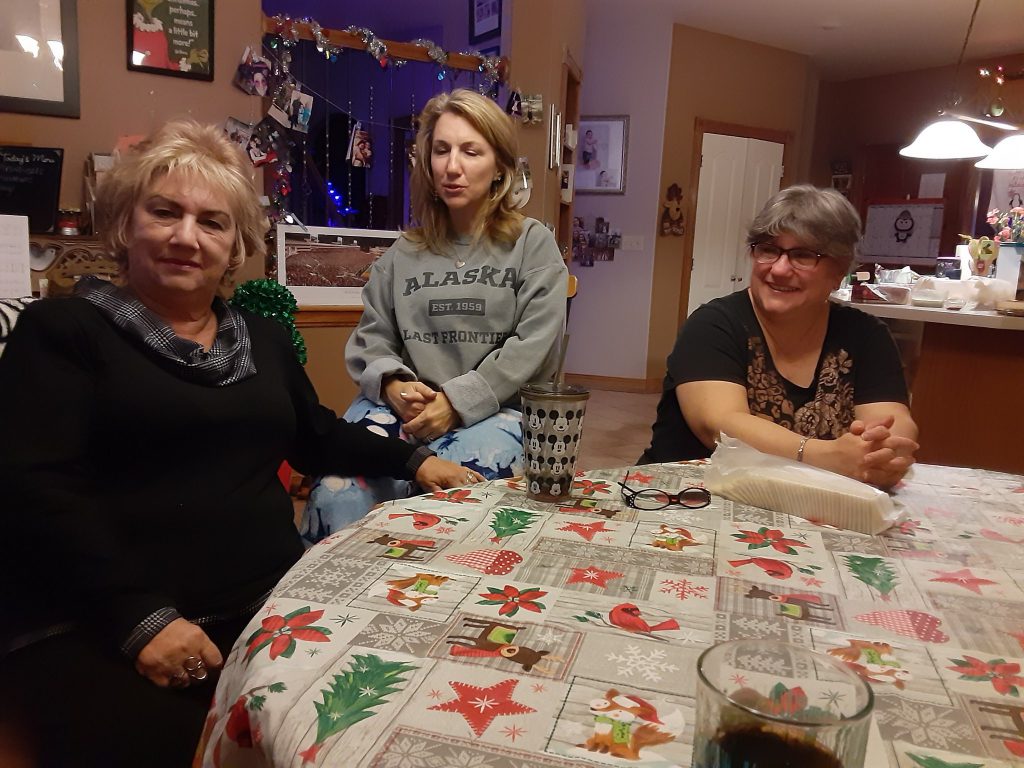 This is the older team without Sean in the picture.

After that we played Tenzi and used the 77 Wqays to Play Tenzi cards too. We were able to talk my parents into playing it. The selling point: you don’t have to think to play it. 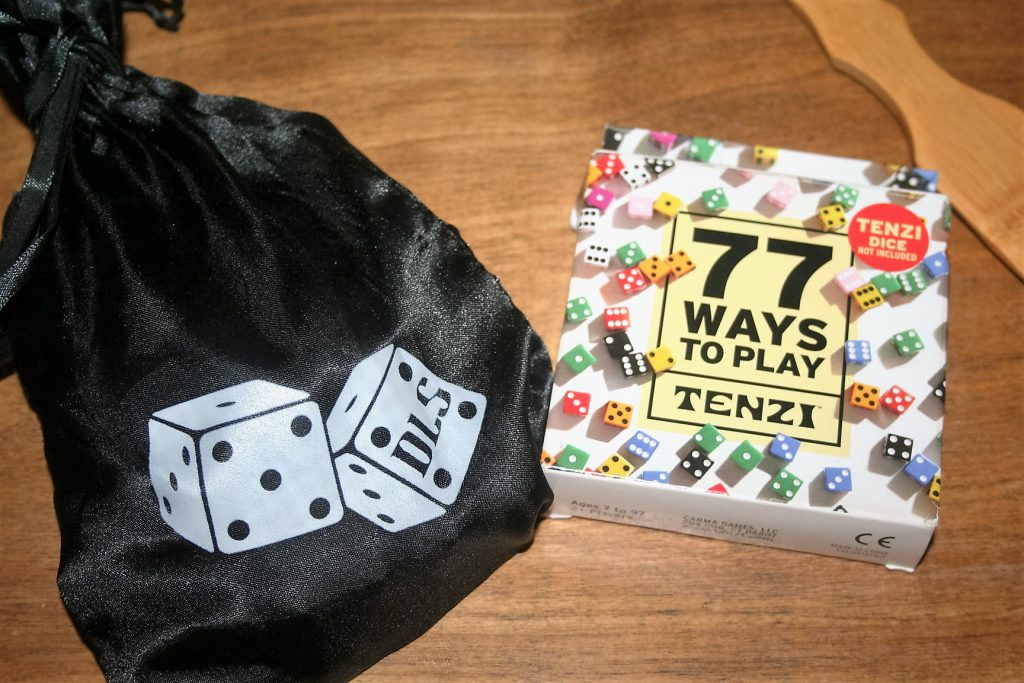 If you haven’t played Tenzi, you really should try it. It’s fun with a group. And it is super simple, even young ones can play. I wrote about it before here.

After that we were within an hour of the new year, so we began cleaning up the food. Michael to those things out to the car right away.

By that time, Sean started packing up the xbox and stuff he brought and put it in the car too.

Then we got out our sparkling juices and Mom began to pour, while Tracie searched for a countdown on tv. I’m still not sure which one we ended up watching but I think it was the New York re-run (seeing as we live in the central time zone and NY is in the eastern time zone and thus an hour earlier than us)

Mom got these tiaras, hats, and necklaces, along with some horns many years ago. The horns have since died and many of the necklaces have disappeared or broken but we still use these for a few minutes each time.

Thankfully our menfolk humor us and join in on the fun. 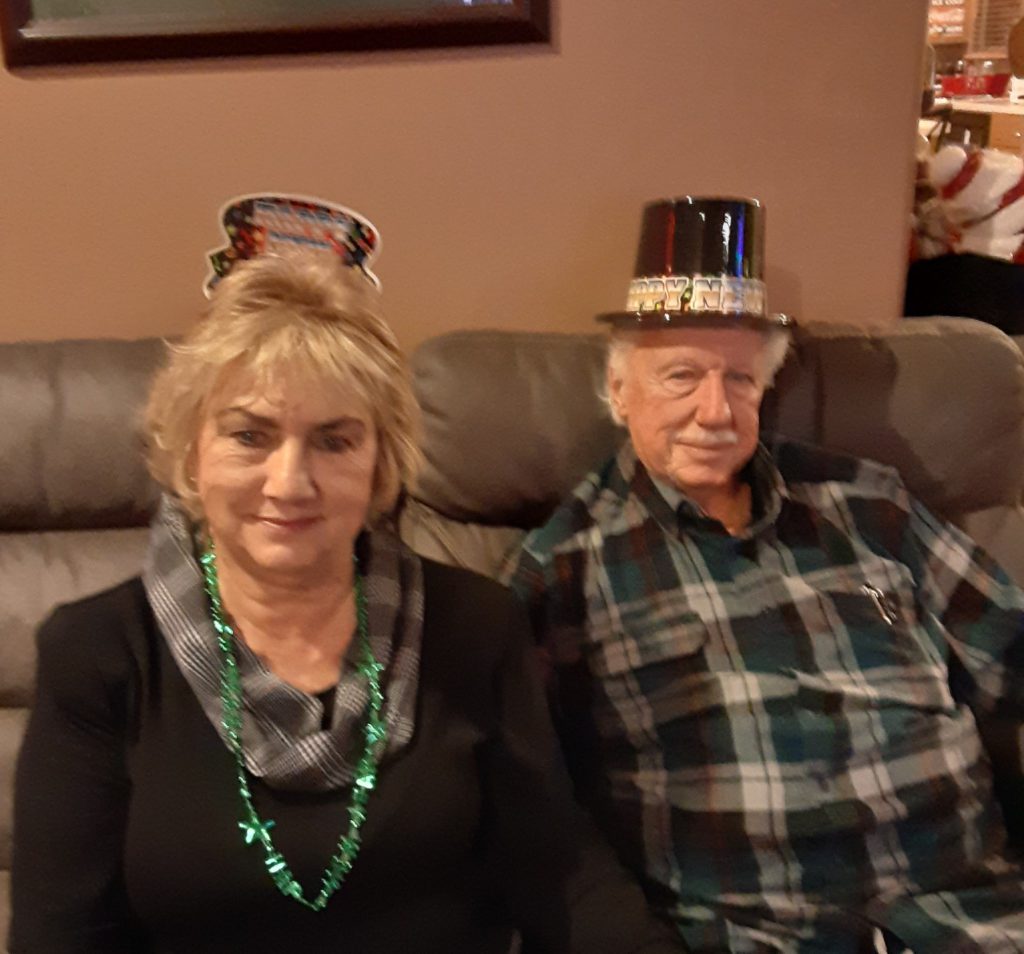 Sean is still wearing his coat from taking his stuff to the car and waiting as Tracie finds an appropriate countdown. (Hey, if you have an online suggestion for me, I’d love to know. I think streaming would be so much better.) 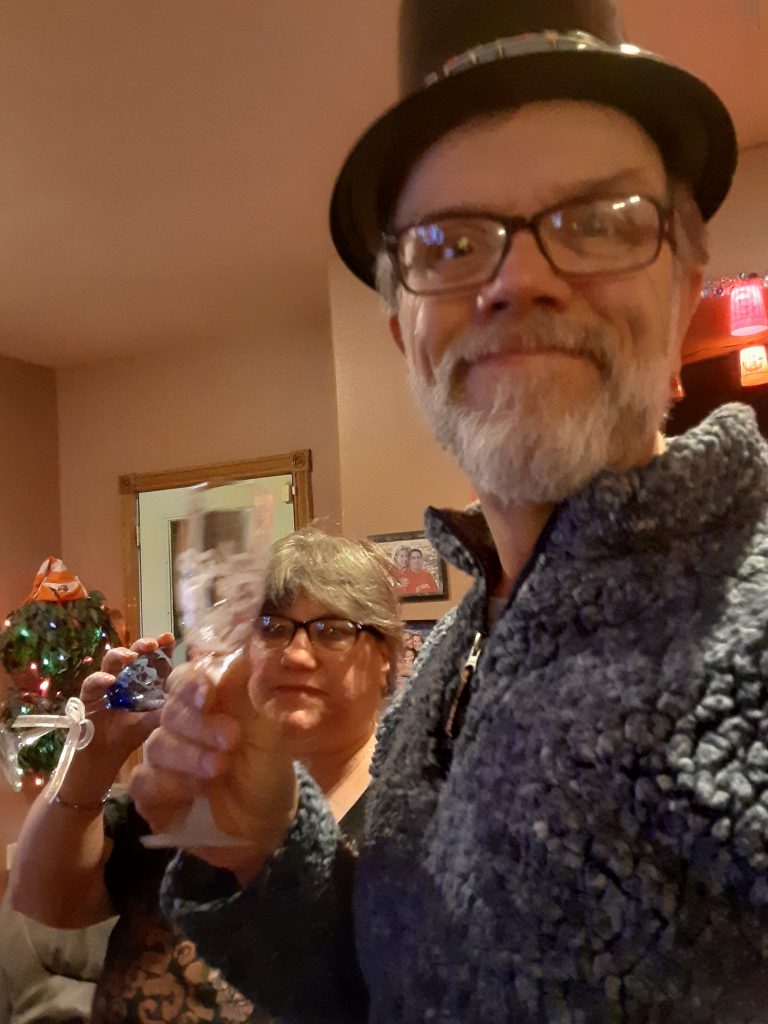 Not the best picture of Michael and I but remember, he wasn’t feeling good and I was caught off guard. Looks like I might even have just taken a drink too.

I’m so glad that Brian and Lauren sent us a clip of their countdown with Liam. Soooo cute! 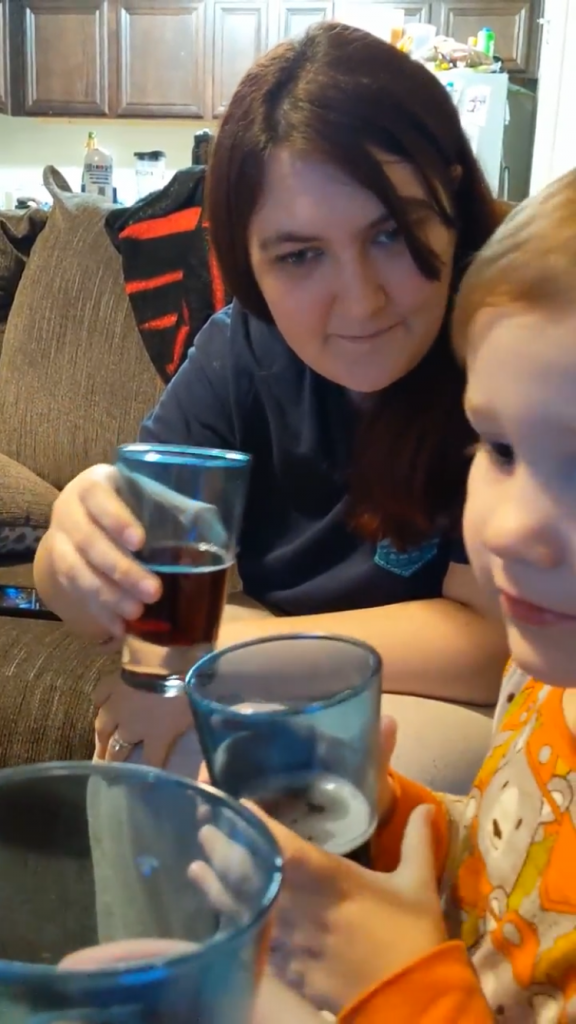 We clinked glasses, gave hugs, put up our glasses, removed our hats/tiaras, and were out the door by 12:01 according to the car clock. 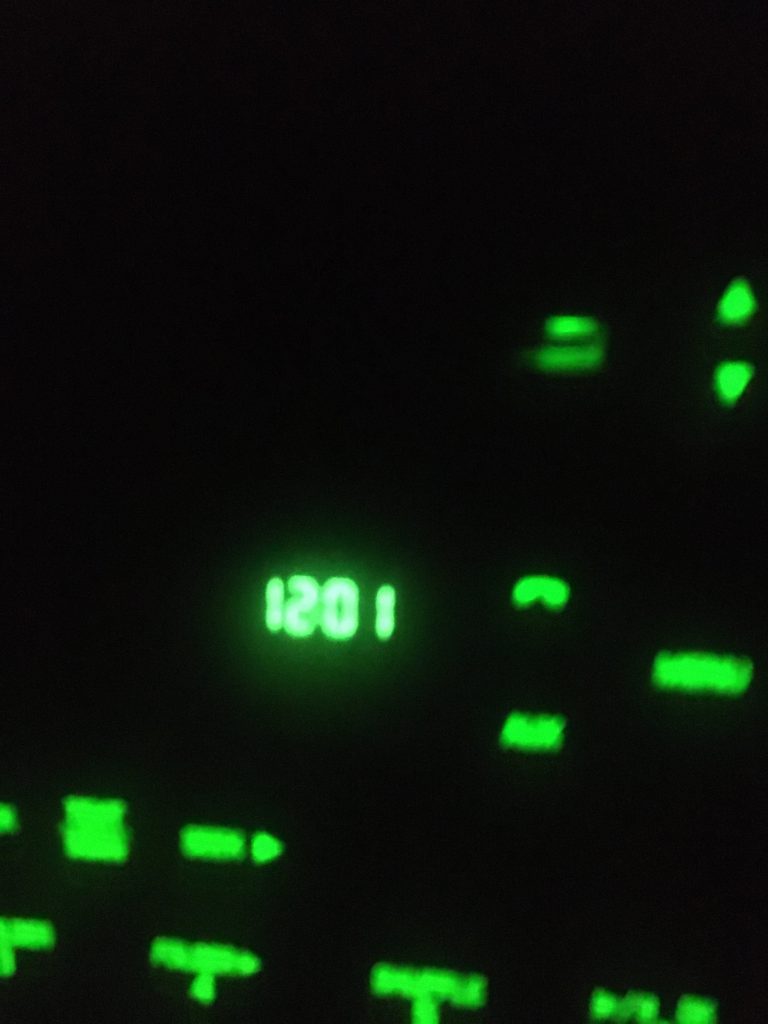 Somehow I think that maybe the car clock may be off a few minutes.

I hope you all had a great kick-off to 2020 and that we all get and stay healthy this year!