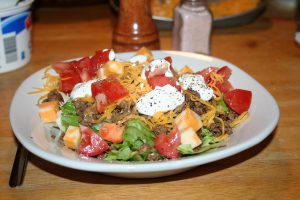 Last week I shared some of my favorite Keto links with you. Today I want to talk a little about my journey.

About a year ago, Michael was doing some research because he’d been experiencing some things in his body and was looking for a natural way to get healthier. He stumbled upon some doctors that promote the ketogenic lifestyle. The more he researched it and prayed about it the more he felt this was something he could benefit from.

I, on the other hand, have been on so many diets that it is sad. I’ve been overweight most of my life and after I got married it only got worse (I think I was a rebellious eater

) In the most recent years, I have done Atkin’s New Diet Revolution, Eat Right for Your Blood Type, Weigh Down Workshop, Let’s Do Lunch, hCg and such. I’ve also done Weight Watchers and NutriSystem, years and years ago.

The problem with most diets for me is that they want me to not eat things that I love and thereby it is unsustainable, although I gave each one a good long try at about a year each. I’m not really a quitter but during that time I tried to find ways to make the diet a lifestyle that would work for me and unfortunately, I never found one.

After gaining back the weight I’d lost on the hCg injection diet, I was distraught and had committed the matter to much prayer. I determined that God made all the food groups and that He wanted me to learn moderation in all of it. He didn’t want me to eliminate any one of them: not fats, carbs, or even fruits. Thus I was determined to take the principles I’d learned in Weigh Down Workshop, namely, eat according to hunger and listen to your body. (Well, I’ll just tell you that my mind can misinterpret what is hunger when I want to eat something . . . just saying.)

Then Michael told me that he felt he needed to do the Keto diet and that he thought it would be good for all of us to do. I felt God nudge me in that direction and later tell me that I needed to support Michael in this, as he has supported me in all my previous diets.

So I started researching and looking for guidelines and such. Unfortunately people make Keto much more confusing than it has to be by talking about macros and such. I did find some sample menus but again there was a problem; all the samples were for one person doing the diet and thus had you eating the same two or three meals throughout the week. Now that is all well and good if it is only you or maybe even just two of you but for a family of four adults, that is not going to work, especially since I don’t think we should have to eat the same thing for dinner several days in the same week. Now Tiffany, Sean, and I do not mind eating leftovers for lunch but to have the leftovers be another dinner in the same week was not good for me.

So I just pushed through making a menu like I always did but with recipes from several different menus I’d find online.

Eventually I found Kristie Sullivan and her facebook group Low Carb Journey. Now she simplified things! Don’t eat any more than 20 total carbs in a day and it is best if each meal is only 7 total carbs. She said not to worry about all the other macros and only eat when hungry. “If you’re hungry, you’re doing it wrong!” Then I learned one more big thing from her, if you are eating enough fat in your meal you should be able to go four to six hours until your next meal and your body actually needs you to go at least 3 hours to be able to do something other than digest food all the time.

Now remember that I said I knew God was wanting me to have a balanced eating plan? I can assure you that Keto is not balanced.

But it was a necessary step for us. In this time I believe our bodies have done some healing that would not have been possible otherwise.

Through my keto recipe hunts, I’d occasionally stumble onto a Trim Healthy Mama recipe that fit keto, so I knew that in some way THM would fit what I was already doing. I eventually decided to read about the plan in their book and knew I’d eventually turn to this way of eating. It has keto meals without abusing calories but also allows for those carbs that God created for us to eat but doing so in a setting in which it will be most beneficial to the body.

This post has gotten a bit too long, so I’ll stop by saying that we have started to incorporate some of these yummy whole grains into our menus with joy but it will be a while before we completely understand all the ins and outs of the plan and work it with ease. It was a joy to have fish tacos with rice and beans last night and know that we were completely on plan and that it would not harm our bodies.

I’m sure I’ll share more as I grow in knowledge of this amazing program.