Although this week did not start out the best, I had my sciatic nerve act up on me, which is a first for me; seriously, I could have gone my entire life and not experienced it and have not feel deprived at all.

Thankfully Michael doesn’t let these kinds of things go without him trying to find some kind of help online. Well, he did. He found a couple of videos on youtube that addressed it. One I can do myself and it is really helps. Of course it means I have to get down on the floor to do it but it really helps.

Because of said pain, I did not do a whole lot of moving the first part of the week. That might have compounded the problem but whatever. At any rate, by the middle of the week I knew I had to buck up and get some baking done. We’d been out of low carb bread for a while and it was high time I made some. So I made a loaf of the Wonderful White Blender Bread from the Trim Healthy Table cookbook. I made it using my Kitchenaid mixer instead of my blender because although my Vitamix is amazing, I have not figured out how to make this bread successfully in it. :\  But whipping the egg whites in my kitchenaid with the wire whisk works like a charm and I have many less fallen loaves. 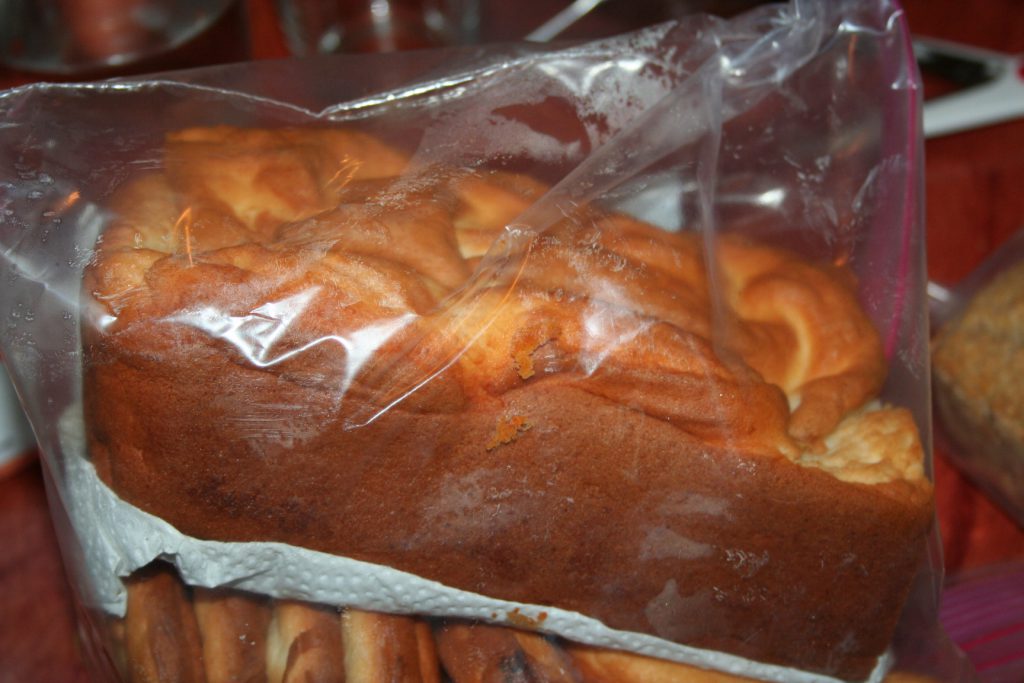 I made a double recipe of the Peanut Butter Bust-A-Myth Banana Cake (a.k.a. BAM) and baked it in my largest casserole dish, I think it is like 10″x14″ or so. It looked beautiful!!! And about 15-30 minutes later, it deflated.

But I’m sure it will taste just fine, even if it isn’t the prettiest. AND we’ll have a nice E (energizing, healthy carbs) snack or dessert available. 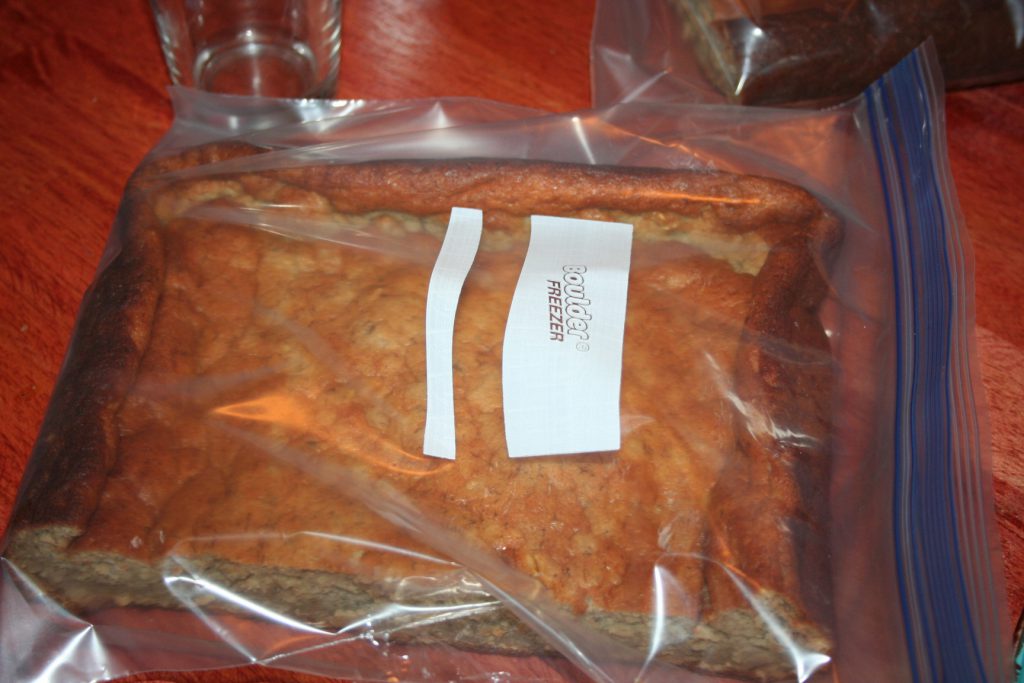 That is only half of it. I’m freezing it because we don’t need it until next week.

That was Wednesday’s adventure. Then yesterday I worked on my grocery list for quite a while. I should have started the baking earlier in the cooler part of the day but my head was really wanting to figure out the grocery list.

Michael is working outside in the horrible heat this week and ended up getting a gatorade because the air conditioning in his work van is broken once again. Well, that did not sit well with him, so I set out yesterday bright and early to figure out what I could fix him that would be as good or better than the gatorade . . . Singing Canary for the win. I used Baobab powder for the suggested vitamin C needed.

If you are not familiar with the Singing Canary from the Trim Healthy Mama cookbook, it is a jolt of adrenal nourishing rehydration. It is made with a full lemon for a half gallon container. I had not made this drink before so it took me a little longer to get it done than either of us would have liked but in the end, he left with a thermos full of wonderful hydration.

In order to make future batches quicker to produce, I set out to prep the remaining dozen lemons. This included  cutting off the outer most layer of the lemon rind and leaving as much of the white pith as possible. Then I proceeded to cut it into quarters and remove the seeds. Painful business when you have some sores on your fingers/hands. But my baby’s worth it. 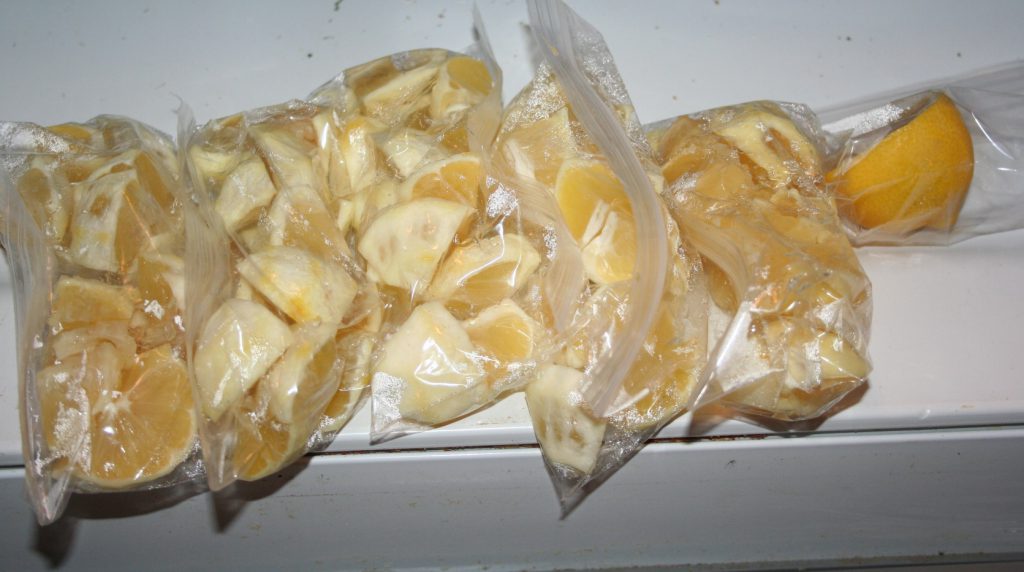 That’s enough for two and a half gallons of singing canary. Now I just need to prep a few batches of all the other ingredients that go in it, to make it really quick and easy. But that’s a job for another day.

I’ve rambled enough for today. I’ll pick up here next time because I baked even more things. To say I am sore, is an understatement.