We are library bound today.

I read several books this week, you know, because we have to take them back today. I was still reading that crazy Someone Comes to Town, Someone Leaves Town, where the main character’s father was a mountain and his mother a washing machine–although I was curious about it, it just wasn’t doing it for me.

I decided to put it down for a bit and read one of the three others I was really wanting to get to before we returned them. Enter Little Shop of Found Things. 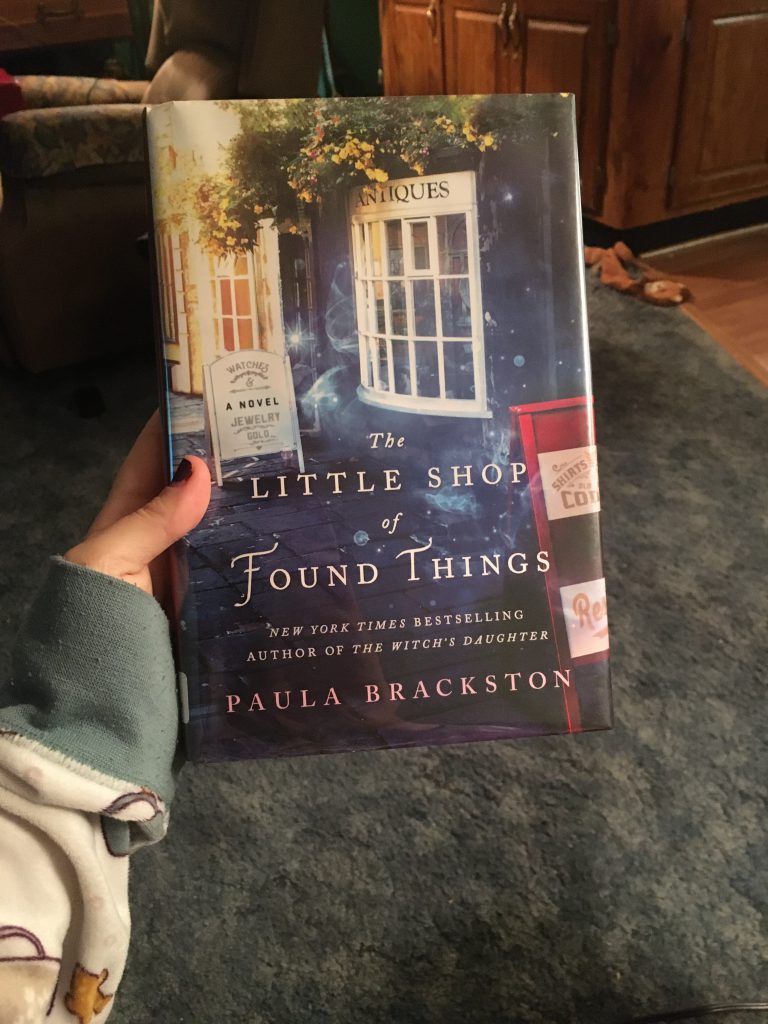 This one is about a gal who can sometimes tell the history of an item when she touches it. (I know–it’s fantasy, okay, stay with me.) Anyway, she ends up going back in time to save a young girl in the 1700’s. I love time travel books and this one was fun.

It mentioned how Catholics were killed as witches or something . . . basically, it was against the law to be Catholic at the time. I find this interesting, and unfair, even though I’m not Catholic, and something I want to look into to see if it has a basis in history.

I do wish that the book had had her interacting with more objects but then found that . . . you guessed it, it’s a series!

So now I want the second one which is something like, Secret of the Chocolate Pot or such.

I finished it up enjoying it. Then I started The Invisible Library. This one sounded so much like one I would enjoy and it did not disappoint me. 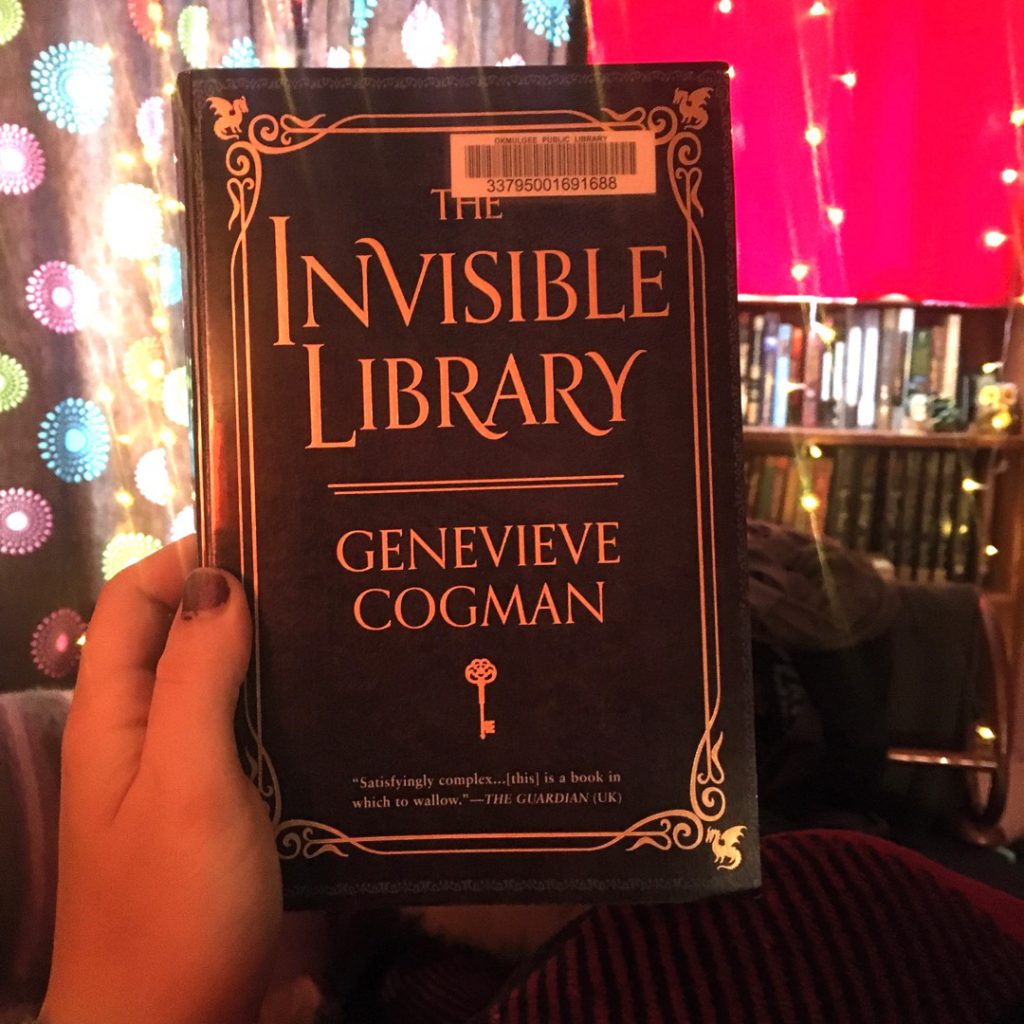 Oh My Gracious! I thoroughly enjoyed this book! It had elements that I didn’t think I’d like but it fit so nicely and was a really interesting read. Of course, it too is a series and so I am hoping to get all of it today. I may have to purchase this one.

Basically it is about a secret library and its librarians that occupy a different reality . . . just stay with me . . . and they preserve special, unique, and original copies of books. They go into different alternate realities and take a rare book and bring it back to the invisible library. This is a very bad description of this book . . . sorry about that.

Irene is handed a novice librarian for this mission to get a certain book of Grimm’s Fairy Tales. They end up in all kind of upheaval from alligators with machine contraptions on them to make them more dangerous, to werewolves chasing them, to their zeppelin being shot at and so much more.

When I put it down to get some chores done, I handed it Tiffany and told her she’d enjoy it and should start reading it. The banter of the characters grabbed her right away and she loved it too.

I also read Saucer by Stephen Coonts. I enjoyed it too but not as much as The Invisible Library. I have to admit that I thought it was going to go a completely different direction than it did. It starts out with an oil surveying team finding a saucer and digging it out of the rock. They get it started and fly away before a billionaire, and two different governments can seize it. Now, when I read the summary, which stated about that much, I expected them to have some kind of outer space adventure but that was not the case. It was about how they learned to fly it and keep it away from everyone else. (Of course that is oversimplifying it quite a bit.

) And there is no picture here because the others were taken by Tiffany and she was kind enough to send them to me.

New Food to Us

Pearl and Serene of Trim Healthy Mama have been saying how wonderful papaya is, both in taste and in health benefits. I’ve tasted it before but wasn’t thrilled with it. However, my tastes have changed over the last several years so when we saw it on sale at WinCo this week, we thought we’d give it a try. 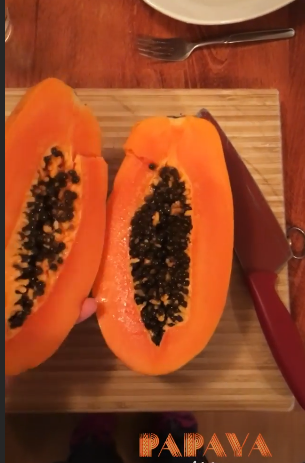 It looks scrumptious. But I tasted it and it tastes a tiny bit garlicky and bland.

I just don’t see what is so yummy about it but then again, I am one of those people to whom cilantro tastes like soap. So I guess we’re going to freeze this sucker and add it to shakes and things until it is gone.

Sean went out of town last weekend. He left before we were even awake but left us a sweet note. 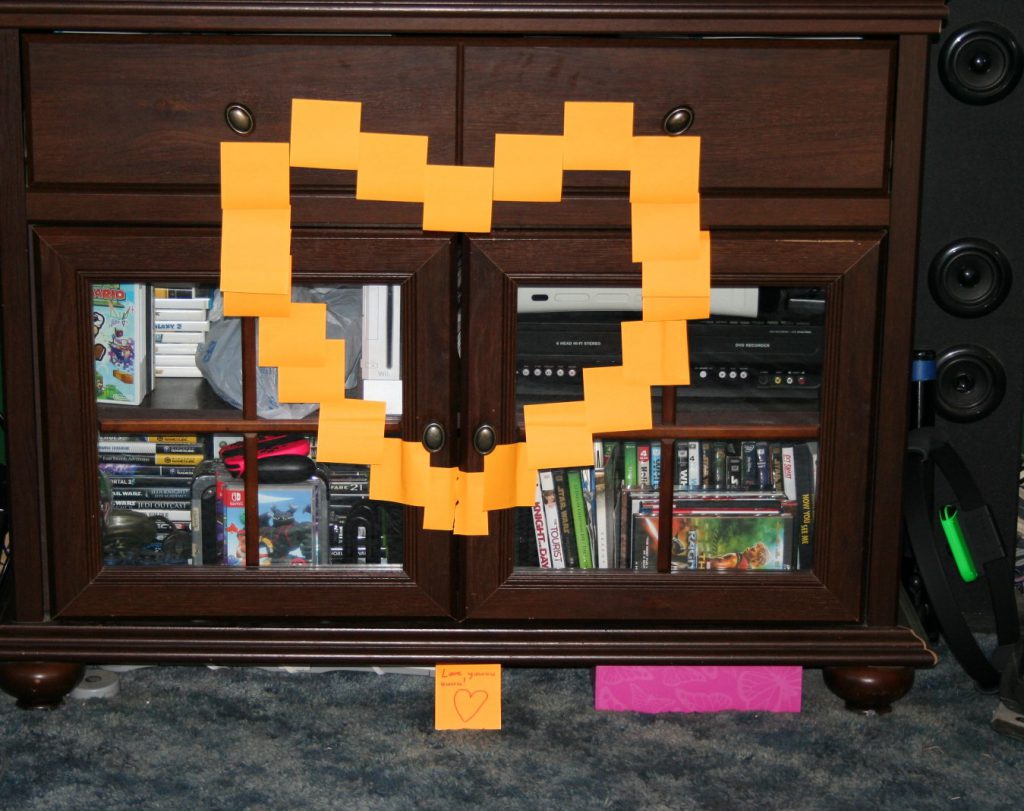 It definitely brought me a smile.

Well, I think I’ve rambled enough for now. What are you reading? Do you like papaya? What does it taste like to you?