I finally got tired of waiting on Tiffany to finish reading Oathbringer and I was ready to read some more, so I started the book Sean read last month. It sounded interesting to me. It’s called Rook. It grabbed me from the start and I’ve not liked having to put it down but alas, there are things that must be done. I am just glad that the thirst for reading has returned.

We did our monthly library run today. I like that you can only renew books over the phone once. It makes me both more diligent to read but then also forces us to actually go to the library.

I got way too many books but since I’m not sure if I’m going to like them, and thus finish them all, I think it will be okay. Of course, there have been very few books that I have not  liked so much that I did not finish (dnf) them. Michener is one of those authors that I just could not read. I tried really hard to but I just couldn’t. When Michael and I were first married, nearly thirty-two years ago now, I got a subscription to Reader’s Digest Condensed Books. I loved it but one month they included one of the newest books of Michener in the collection and I tried to read it, as I did all the included books. This time though his book was half of the collection! So I tried but I just couldn’t. I get lost in descriptions of places and people and things. I finally just had to put it down. Then not long thereafter another of his books was in the collection, so I tried it, hoping that maybe it was just that book. Nope! Tolkien was that way for me when I we used it as a read aloud when my kids were mostly in their teens. I think the trouble with that one may have been the length of the chapters and feeling like I’d never get through with the chapter to move on. I may try again but not now. 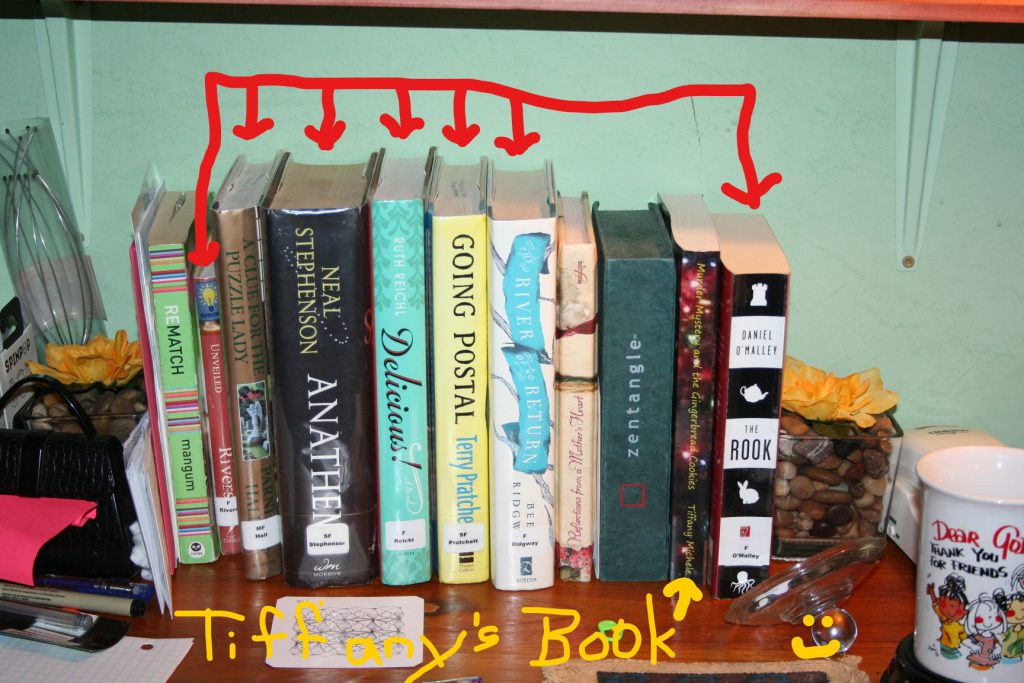 I’ve got a mix of fiction, including mystery and science fiction. I would put The Rook in the fantasy genre from what I’ve read so far, as it has an X-Men feel to it but Sean, who has read it already, says it is espionage (a genre I love, or at least I did once ) and paranormal.

I also got Unveiled which is a novella by Francine Rivers about the Biblical character Tamar. It is a short read and I enjoyed Redeeming Love by her, so I thought I’d give this a try.

A Clue for the Puzzle Lady looked interesting. Well, actually there was a whole shelf dedicated to this series of books and it intrigued me, so I quickly googled which one was the first in the series and chose it to bring home. We’ll see. There are soooooooo many different mysteries at our library; I think my mom would love it.

A few of those are time travel books and believe it or not, they weren’t all in the science fiction section. Two of them that I got deal with mail, which I thought was an interesting coincidence.  And The River of No Return is a book I picked out myself but when I showed it to Tiffany she informed me that she had borrowed that one from the Tulsa library system and it had been on her shelf for about a year and never got around to reading it. 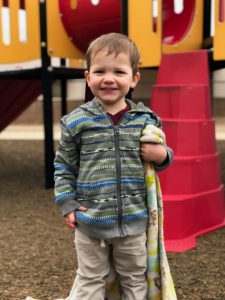 In other news, Brian, Lauren, and Liam are coming up this weekend. It is sooo hard to believe that Liam is nearly approaching three years old. Thus, he’s in a toddler bed at home and will not be in the pack-and-play to sleep at night. This should be interesting!!!

Especially considering the room we usually put him in has soooo many things that he is not supposed to get into. It’s not been a big problem before because he was in the pack-and-play but this time will probably be a bit more interesting. I’m trying to get it a bit ‘child proofed’ before they get here but we’ll see how it goes.

We have three birthdays to celebrate this weekend. If my other sister and her family lived in town, there’d be four as one of my nephews’ birthdays is just two days after Sean’s. It makes for a busy month.