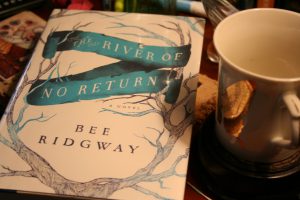 Oh my gracious! I was going to talk about how much everything has changed in just a week but I just finished my first book read of April and that is where my mind is right now. And Fridays are for whatever is on my mind, right?

So the book I just finished is The River of No Return by Bee Ridgway. It is 452 pages in the hardback format and a pretty good read centering around time travel.

Now here are my disclaimers: this book had a couple of curse words but not much for an adult fiction book and there were two intimate scenes and two short suggestive scenes that can easily be skipped over. That’s it.

So I really enjoyed the twists in this book and enjoyed the read . . . until the last 50 pages when things started to feel a bit rushed and definitely at the last 25 pages where it was super rushed! Although the romance in this book resolved well, it seemed as if that was THE thing that the author was focusing on. There are so many loose ends: Who is Mr. Mibbs? Can Julia and Nick penetrate the Pale? What caused the Pale? Can the Pale be stopped? What about Jem Jemison? Is he really only what Nick thinks he is? And don’t even get me starting on Nick and Julia learning how to use their abilities!

Most of the story was told very thought out, with enough hints about twists to come as it went along. It had a good pace until it got down to those last 25-50 pages. Then all of a sudden it stopped letting the story unfold and started summarizing the story! Ugh! Those last 50 pages could have easily be another 100 to 150 to do it right.

Then the ending just kind of . . . plop! That’s it . . . The End but is everything like it was or is it different? I enjoyed the book but I’d have enjoyed it so much more if it had been wrapped up better.

So what do I do? I look to see if there is a sequel hoping to find the answers to my questions and continue the story and what do I find? This book has a copyright of 2013. That is six years ago; just sayin’.

I find that there is a prequel called the Time Tutor but it is only a novella and is a meer 90 pages about Alva Blomgren and Ignatz Vogelstein. While I think it might be interesting, ninety pages is not very long at all and with how abruptly this book ended, I’m not sure I want to get my hopes up.

I also saw, in an interview with the author, that she was working on a sequel with a working title of Brothers and Sisters but that it was going to be another ‘love story’ and centered around two different characters putting Nick and Julia as secondary characters. This saddens me.

I love stories that the sequel picks up right where it left off with the same characters.

The Stormlight Archive does sequels right but I’ll I’ll talk about that another day. However I read The Rook by Daniel O’Malley and was eager to pick up the sequel, Stiletto. Unfortunately, this book introduces two new characters and sets the story around them rather than the main character of the previous book. I could not get behind that and decided not to finish it. I just don’t have time to push myself to read a book that I don’t really care about the characters especially when it was touted as being a continuation of the story of the main character but thumbing through the pages, it is hard to even find her name mentioned. Very sad. I’ll talk more about that book at another time though. 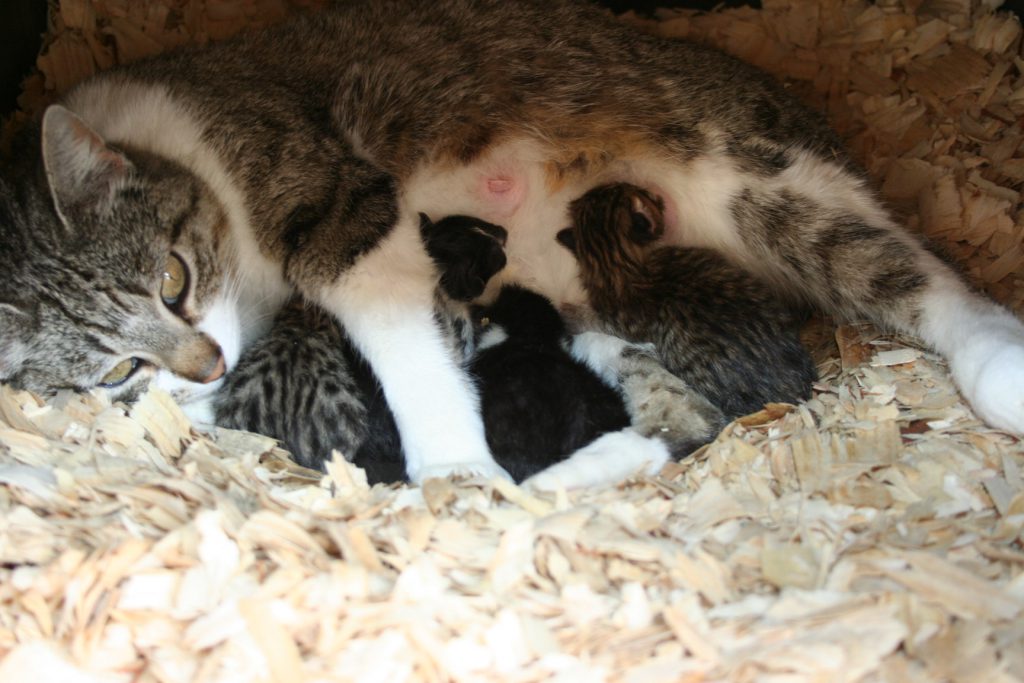 In other news, we had kittens born yesterday. The mother cat, Kit Kat, generally only has two kittens. This time she had four. two black and white ones and two tabbies. Two have tails and two don’t. So I guess six weeks from now, we will have some kittens to give away.

Well, it’s been a week of sinus headaches in our house. Even after the rain the other night, we were still attacked with headaches. Ugh! I’ll run for now.