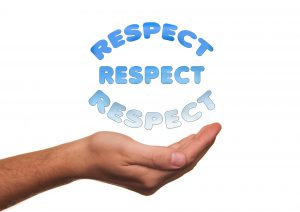 I don’t know about you but I struggle to keep calm when my husband is upset about something. I can usually handle it when it is a minor frustration but when it is a biggie, I handle it less well.

Michael is usually pretty easy going. His first answer for most questions is ‘no.’ Sometimes he makes his opinion so well known on a particular subject that sometimes I don’t even want to ask his opinion when the subject arises because, I already know what he will say, if I do ask him.

Recently a situation arose of a very minor nature. He got upset with me for not asking his opinion. He stayed upset for quite some time. I attempted to fix the situation but it was not working. Neither of us wanted to budge. I told him that I did not feel ‘cherished’. And then God showed me that I had disrespected him.

I felt slapped in the face. And then I was reminded of a line from National Treasure 2,

“Just because you may know what my answer is going to be doesn’t mean you don’t have to ask me.”

Well, I realized I had some changing to do. The problem is that I avoid asking his opinion on some subjects because I know what he will say and I don’t want to argue. But I guess God was telling me that I was wrong and I have to change. I am to give my husband respect . . . period.

In Genesis God put the man over the woman because she was deceived. It is a protection for the woman, not a sign of inferiority. To circumvent this protection, is disrespect. I must learn to ask and discuss without becoming frustrated.

So once again, in a situation where I felt I was in the right, God showed me that I was not. :\ But that is okay because I am continuing to learn and grow and become more like God would have me be. And don’t worry, there is no chance that I will become a doormat, I’m too . . . independent . . . strong-willed . . . stubborn . . . oh, I don’t know, but I think you get the point.