I had some pork in the freezer that I wanted to use for dinner one night. I searched online and found a few interesting recipes. But what got my attention was this cream of mushroom soup DIY recipe that was already THM compliant. Her choice was to use her instant pot as a slow cooker and I wanted to use it to get it done quickly and as hands free as possible. I wasn’t really interested in her ranch flavor either.

So I kept searching and found this keto recipe for cooking pork chops. I shied away from this recipe because it had heavy whipping cream and I need to back off the dairy and lots of fat for a while. I decided to mesh the two recipes into my own making and share it here with you today.

Warning: Start an hour before you need to eat, so not exactly INSTANT.

I do this recipe with both chicken and pork. I used some bone-in pork sirloin steaks, I’ve used chicken thighs and boneless chicken breast. All turn out well.

Start by turning the instant pot on Saute and add a little bit of oil so the chops don’t stick as you brown them. 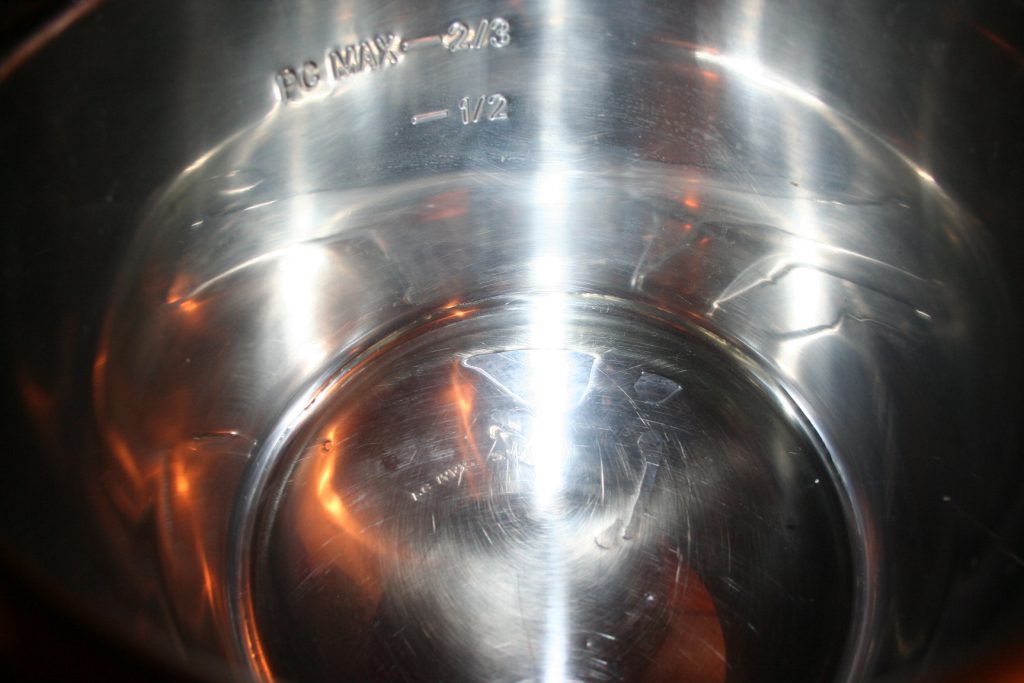 Season the meat on both sides. Now you could be all professional like and mix the seasonings in a bowl and then rub them on the meat but I’ll be honest here, I just sprinkle on the salt, pepper, onion powder, garlic powder, and paprika. I try to season one side, then put the meat, seasoned side down onto the pan or in the instant pot then season the other side while the first side is browning. 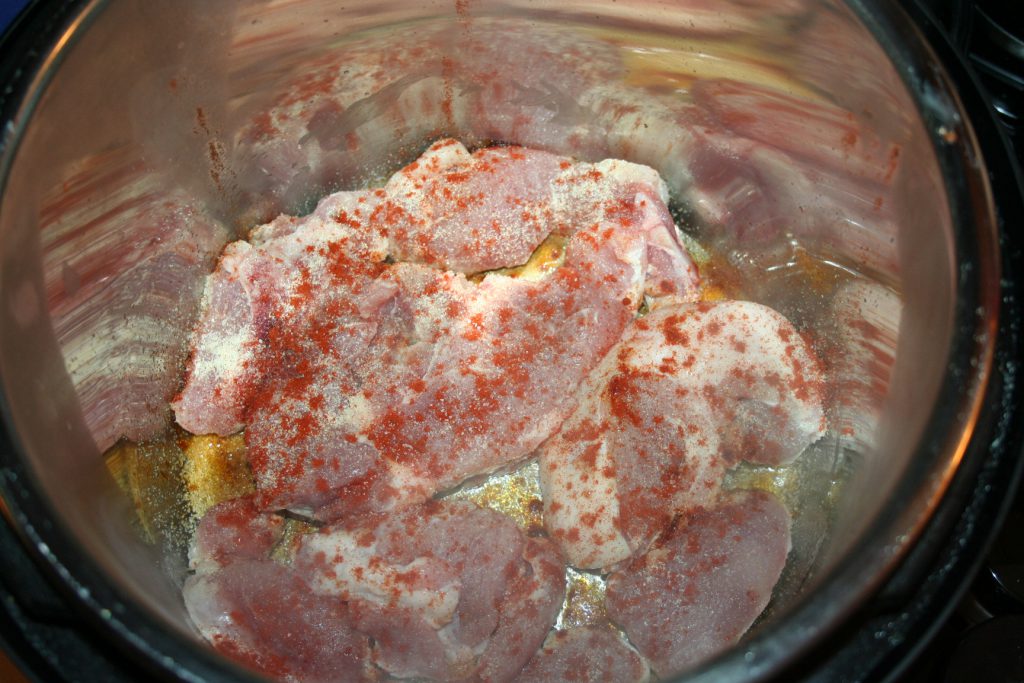 While that is browning, dice or slice up the mushrooms and onions. Now, I’m going to be honest with you, you should probably take the meat out and put in the veggies but I didn’t do that. I just dumped the chopped onions and mushrooms on top of my meat. Then I sprinkled in the rest of the seasonings and added the broth and almond milk. 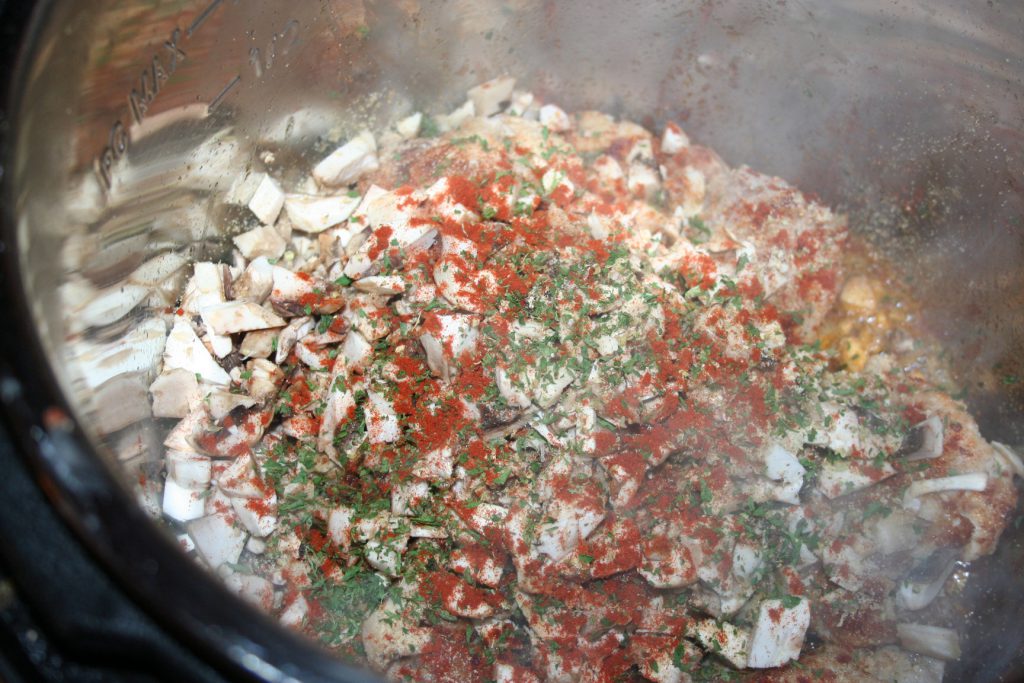 Pressure cook for 25 minutes. Let it warm for 10 minutes and then release the pressure on the instant pot. Now here is where I goofed this time around. I was so hungry and ready to eat that I forgot to thicken the gravy.

Push the meat to the side. Press the saute button and once the broth in the pot is starting to simmer I shake in some gluccie (gluccomannon) and sprinkle in about a half tablespoon of baking blend. Let it simmer for a few minutes and then add the meat back in or serve separately, your choice.

We serve this with a big head of cauliflower, mashed (caulitaters) and three cans of fried green beans. 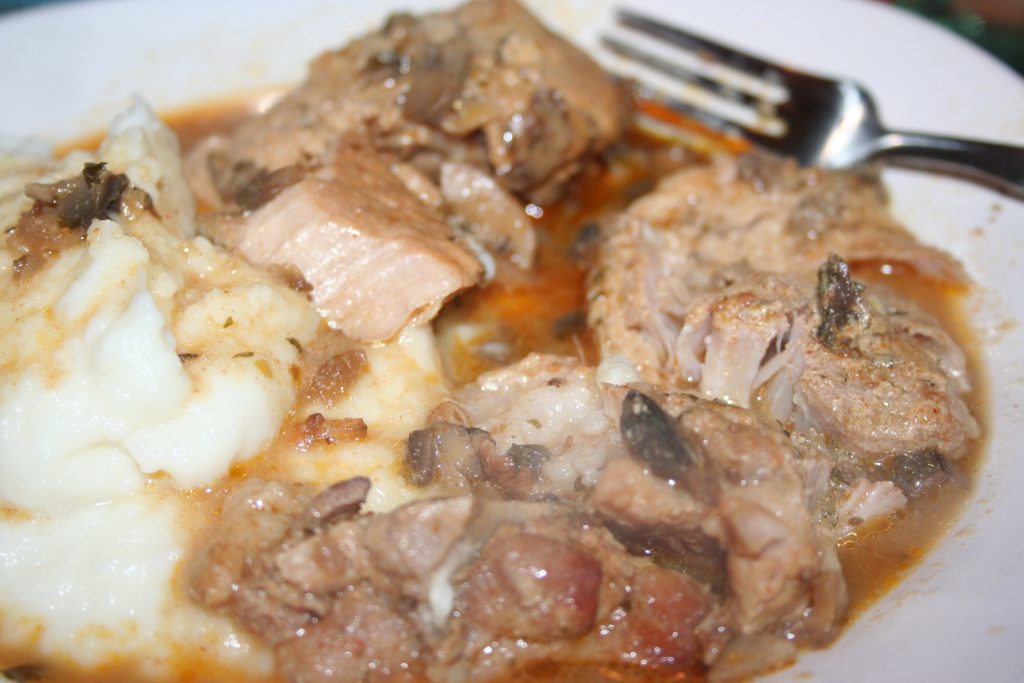 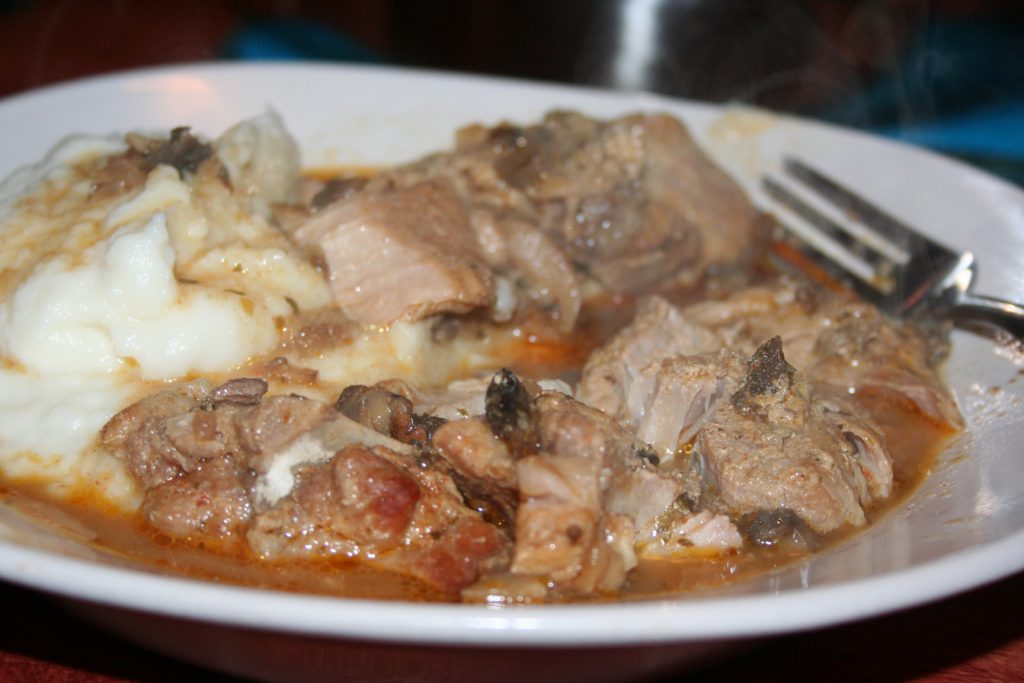 I hope this recipe is helpful to you. We enjoy it.