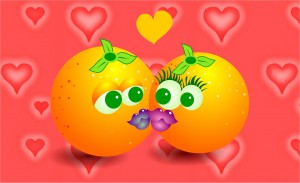 Mike and I are both homebodies. We always have been. Don’t get me wrong, before I got married I was busy with college, church, and church activities but definitely enjoyed my time at home.

When Mike and I started dating, we really only went out a few times. We just enjoyed being together; we didn’t have to be doing anything special. We just liked each other’s company. Consequently, we have never really done the “dating” thing.

Then once we had kids, it was expensive because you have to add in the cost of a babysitter too. Then there was the fact that things were tight and we stopped eating out on Sunday’s with my family, so I felt quilt about us maybe going out when the kids didn’t get to do something special and we really enjoyed being in each other’s company at home anyway and didn’t need to leave the house. (In hind sight, I do wish we’d spent more time alone, just the two of us . . . put the kids to bed early, or go out on the porch for a while, just the two of us, et cetera.)

BUT now that the kids are grown (well, Tiffany is almost grown up) but still home, I think we need some time alone together. Truth be told, we probably always needed alone time but we are truly homebodies and don’t really like leaving the house much . . . I know, we are odd ducks.

So, about two years ago, after reading lots of blogs/websites about strengthening your marriage, I thought maybe we should try some date nights, since our kids were old enough that we did not need a babysitter. I determined that I would save some of my allowance and take my honey out on a date once a month. But just saying that or making that decision, would not be enough because we are such strong homebodies. I needed to have a specific day that we would go out. I chose the date of our anniversary, the 27th. I told Mike about it and he hesitantly agreed. The first couple attempts were a bust but I persevered. I’d say that we were 85% successful which is pretty good for people that really don’t like to leave home.

By the end, Mike was looking forward to me spending money on him once a month

and I was looking forward to spending time alone with my honey. Evidently it left an impression on him, although, to be honest, not the impression I was hoping for, as he recently told a guy he was working with about our date nights on the date of our anniversary. His co-worker thought it was quite romantic and said he thought he might try it.

Next year I’ve got a different idea I’m tossing around in my head. I’ll let you know about it after I figure it all out.

P.S. Although it was too late for me, because the time had passed already, I found lots of “dates” you can do at home or ideas for having inexpensive dates. I talked about some of that in the first four posts of Marriage Monday.