Usually for the holidays, I make Apple Cake, 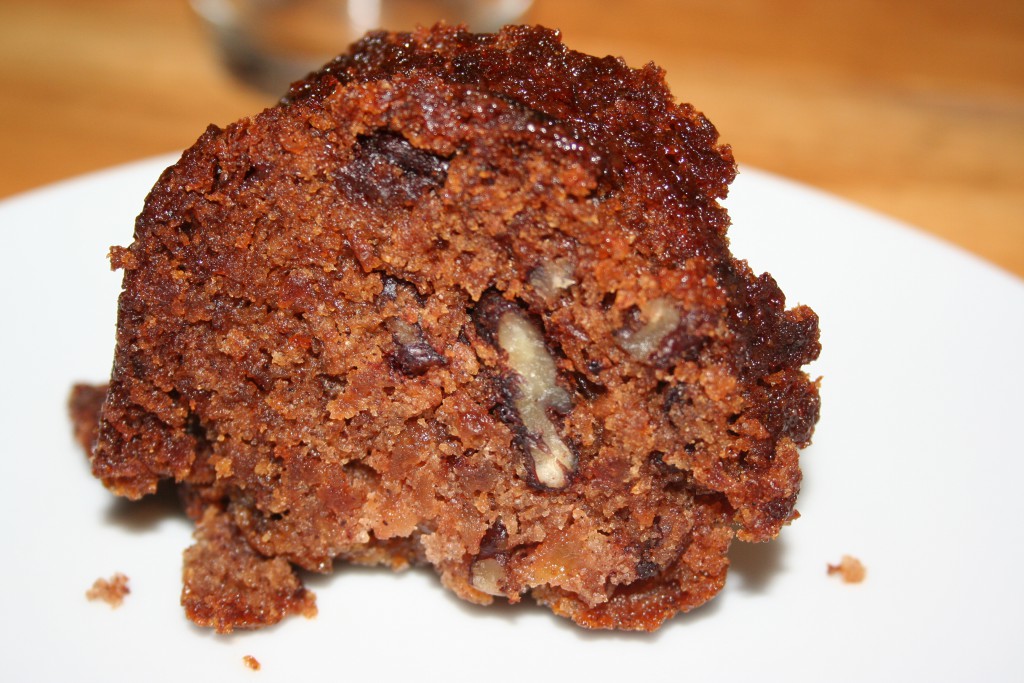 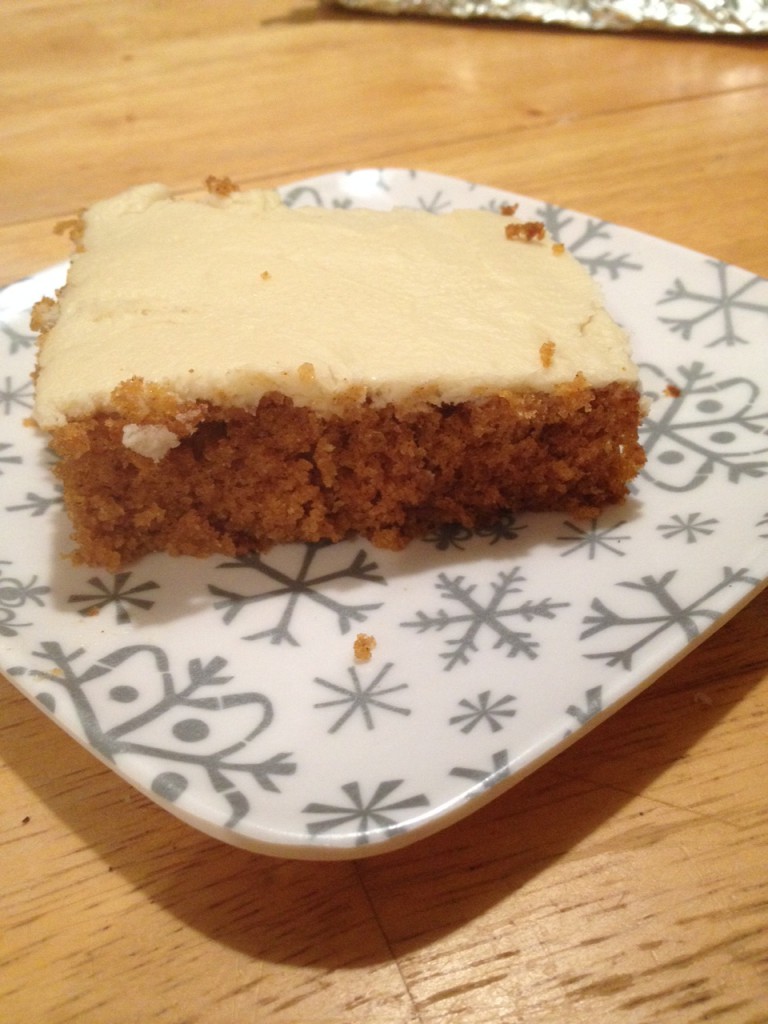 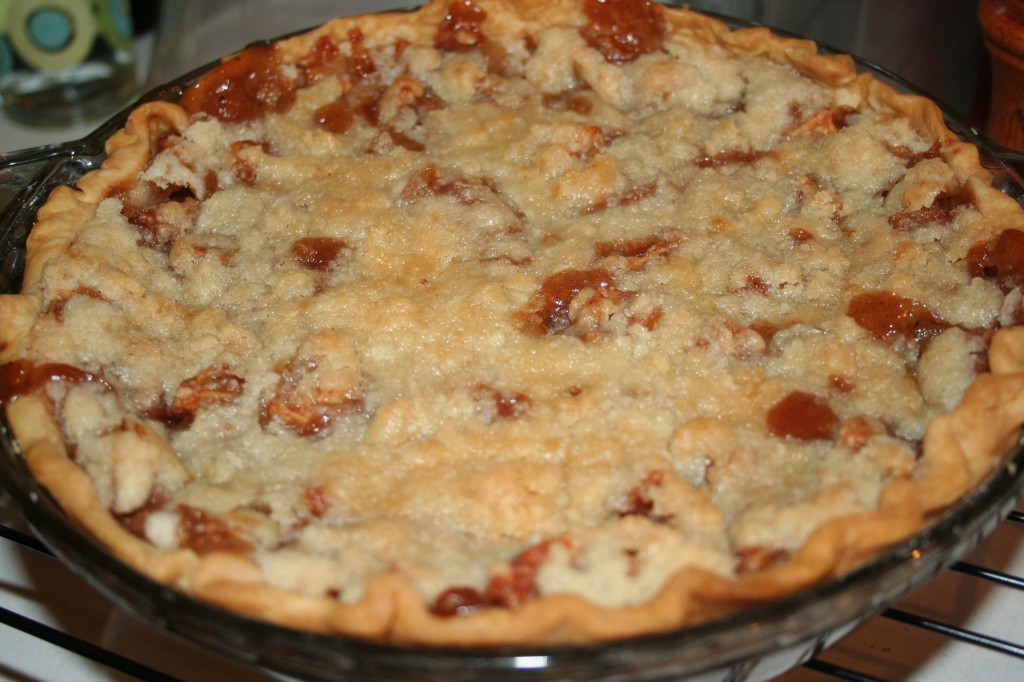 I had it down pat, getting it all baked in the shortest amount of time. Bars first because they mix up quickly and bake quickly too. Then the pumpkin pie. It is another quick mix recipe but takes a bit longer to bake. So up next is the apple crumble pie, which takes a bit longer to prep because of the peeling and chopping of apples. Ending finally with the cake.

But this year is way different! We are on Trim Healthy Mama (THM) which means none of these recipes are on plan. So I made Cinnamon Butter Bundt Cake 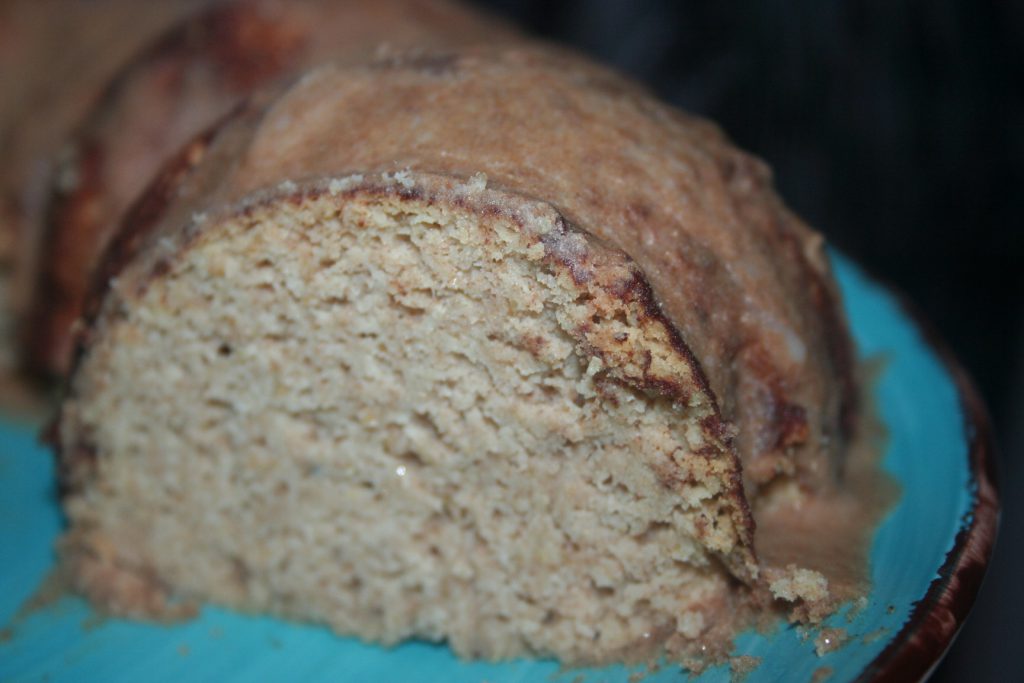 for breakfast in place of the Apple Cake. Let me tell you, it was delicious! Usually I bring home three-fourths of the cake but this year I only brought home about 1/3 of it and it was all gone the next day. Scrumptious! (Don’t let this not-so-good picture fool you. It is really great.) 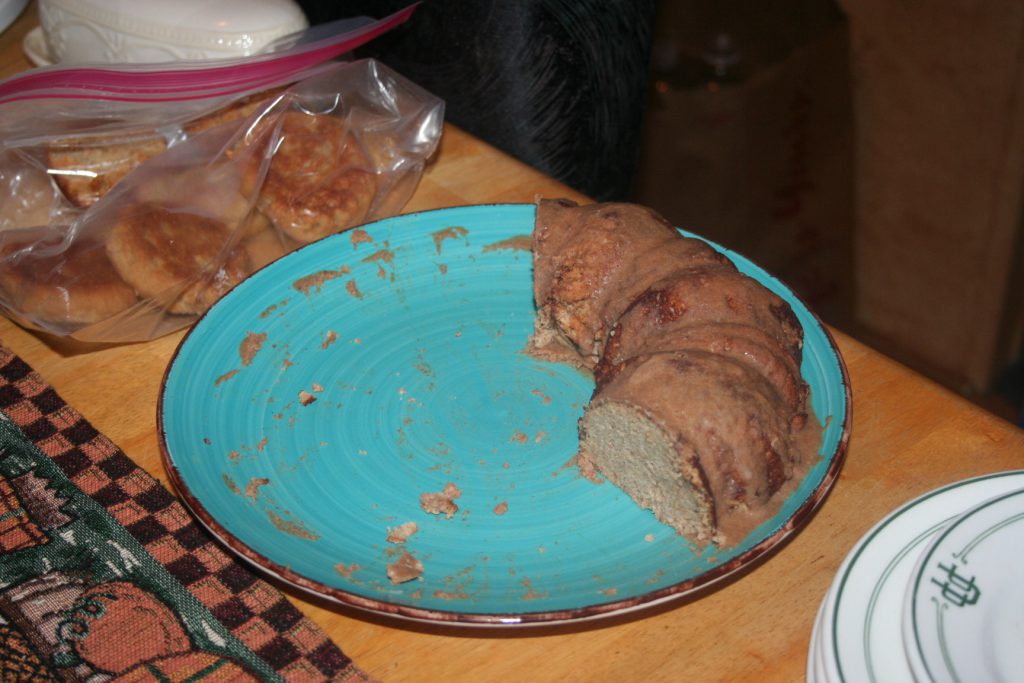 This is a recipe from the recently released Trim Healthy Table cookbook but is also available at the link above the picture of the slice of cake.

Either my parents or my sister gets some donuts usually, so I decided to make some donuts. Blueberry cake donuts are a favorite of mine, so that’s what we made. Unfortunately I forgot to get a picture of them.

I guess we’ll have to make them yet again.

Yes, Tiffany made some more Saturday night so we’d have some Sunday morning. And yes, they are all gone with nary a picture. Consumed in one sitting. Needless to say this recipe is a keeper.

I also made a pecan pie with sukrin gold fiber syrup. It is a keto pie and delicious. I never had pecan pie growing up. There were a few times when I thought about making one but the corn syrup always hindered me. So when I saw this pecan pie, I had to try it and I’m so glad I did. This is the same one I made for the Holiday Bash at church a few weeks ago. 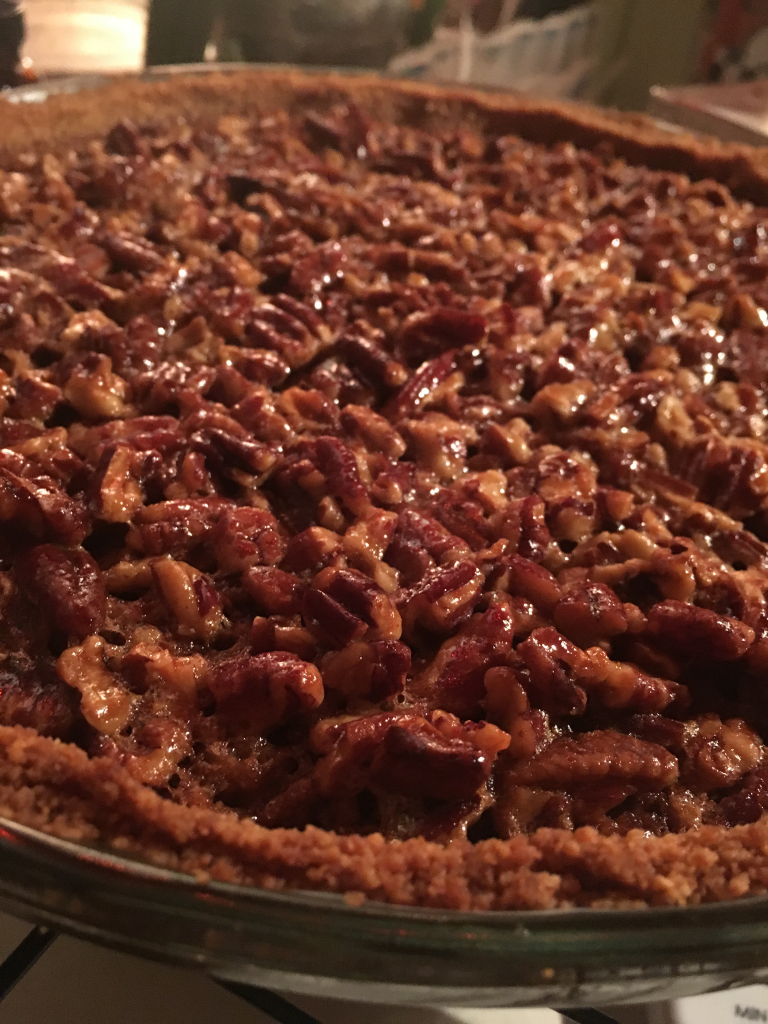 She has added a revised recipe to the video description for people that cannot have the Sukrin Gold Fiber Syrup because it spikes their blood sugar. So, if you cannot use or simply don’t have or prefer not to use this marvelous syrup, you can still try her recipe.

I also found a pumpkin bar to substitute that was pretty similar to what I used to make. It had some extra spices that I didn’t care for but my kids did. Tiffany made it again Saturday night for our dessert because it too, was gone by Friday night.

I had her use only cinnamon and I liked it better BUT I made an addition I’ll share on a future Tuesday. (Aren’t I mean? 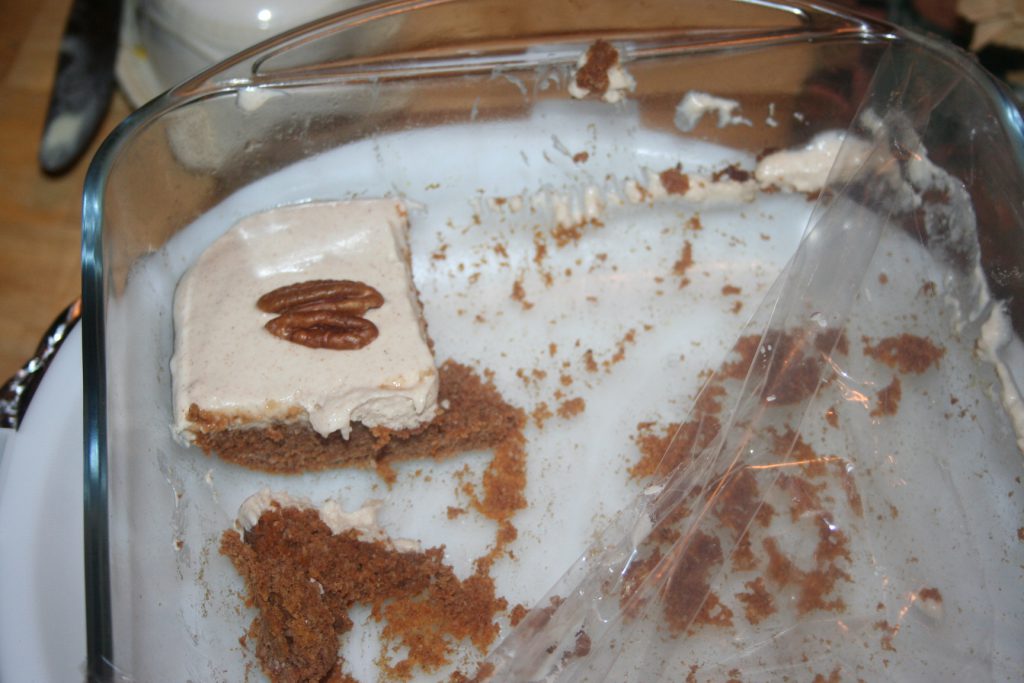 These pumpkin bars are really good though. They are nice and moist, just like they should be. When I took them out of the oven, I wasn’t sure they were done, but I just trusted the recipe and am glad I did.

They were so moist. They weren’t overly sweet either.

We are so used to bringing home so much dessert and eating it over the weekend that we ate all these up before the weekend was even over. I had intended to give our sweet mail carrier some sweets but the pigs in this house didn’t give nobody a second thought.

So, now we need to make more goodies to share.

Yeah, that’s the reason! hee hee (In our defense though, we were so busy and noisy in here, decorating and stuff that I didn’t even hear when she came on Friday. I’ll make it up to her but it’ll have to be after I buy groceries again.

I’ll be sharing pictures of making these recipes, as I make them again (and link back to the original for the written recipe then too). I’m going to be trying some more recipes over the next few weeks, allowing myself to have some “s” desserts instead of mostly “fuel pull” desserts this month. I’ll be happy to just maintain my weight this holiday season and work on losing again come the first of the year.

(For those that don’t know, “s” desserts are more like keto, low-carb desserts and Fuel Pulls are both low in carbs and fats, better for eating at the end of the day.)

I hope you had a wonderful Thanksgiving! We sure did!