We are a house divided! No, I’m not talking about opposing football teams or anything like that. I like Miracle Whip and Mike likes mayonnaise. I use Miracle Whip for all kinds of salads potato, macaroni, tuna, chicken, ham, and even coleslaw. Mike has always eaten it the way I fix it but has lately gotten it into his head that he prefers it with mayonnaise, much to my dismay. I’ve never really understood why he prefers mayo because when it is used sugar and vinegar are added to make it more like Miracle Whip.

The pictures aren’t the greatest, actually a little blurry but the one on the left is mayo and Miracle Whip is on the right. 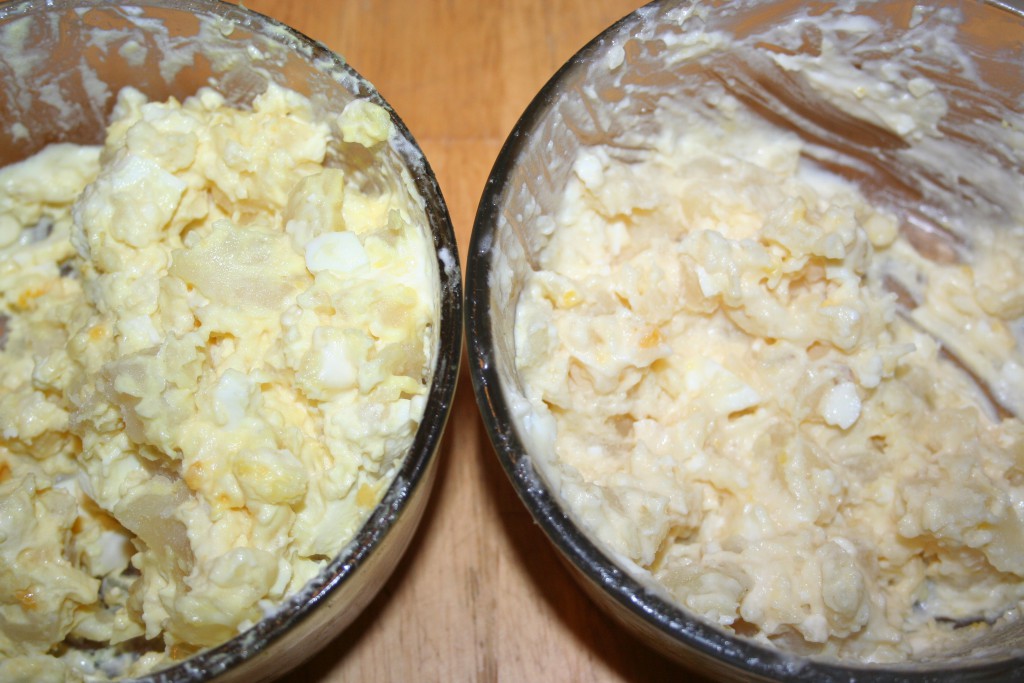 I boiled six potatoes whole with the skins on. I’m pretty quick at peeling potatoes, so I’m not sure it really saved me any time. Although if I had put the cooked potatoes into ice water, they may have come off more easily . . . I forgot about that part of the directions. 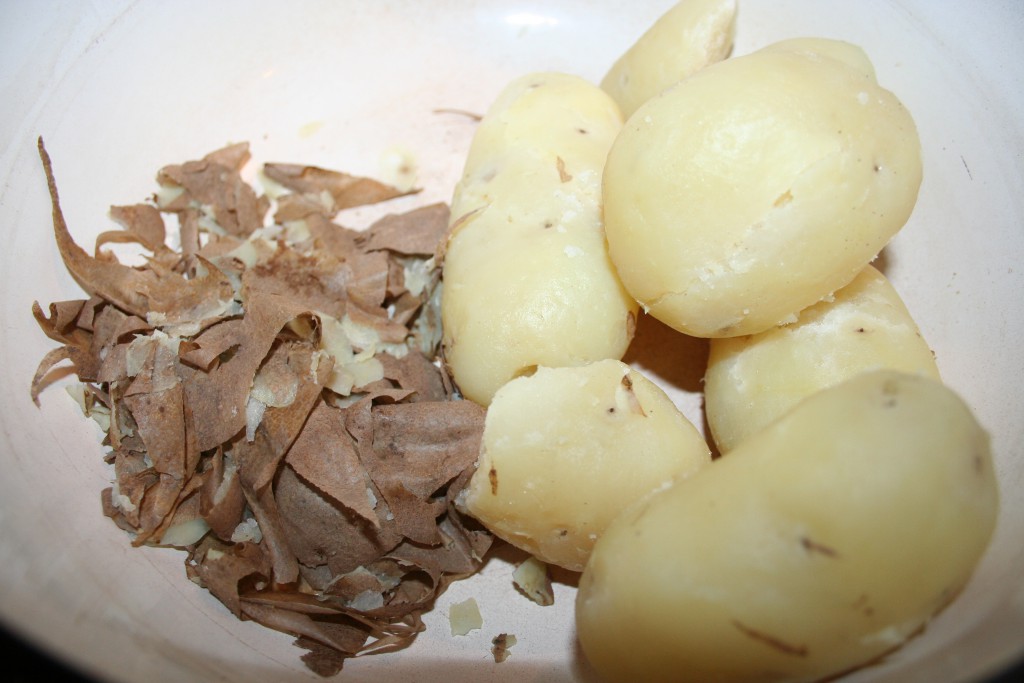 I also boiled 3 eggs and peeled them.

The next part is simple for mine; simply add several spoonfuls of Miracle Whip and a little salt and stir.

Mike’s is a little bit involved but even it is simple. I added several spoonfuls of mayonnaise, a squirt of mustard, some salt, and a couple of tablespoons of diced onion. 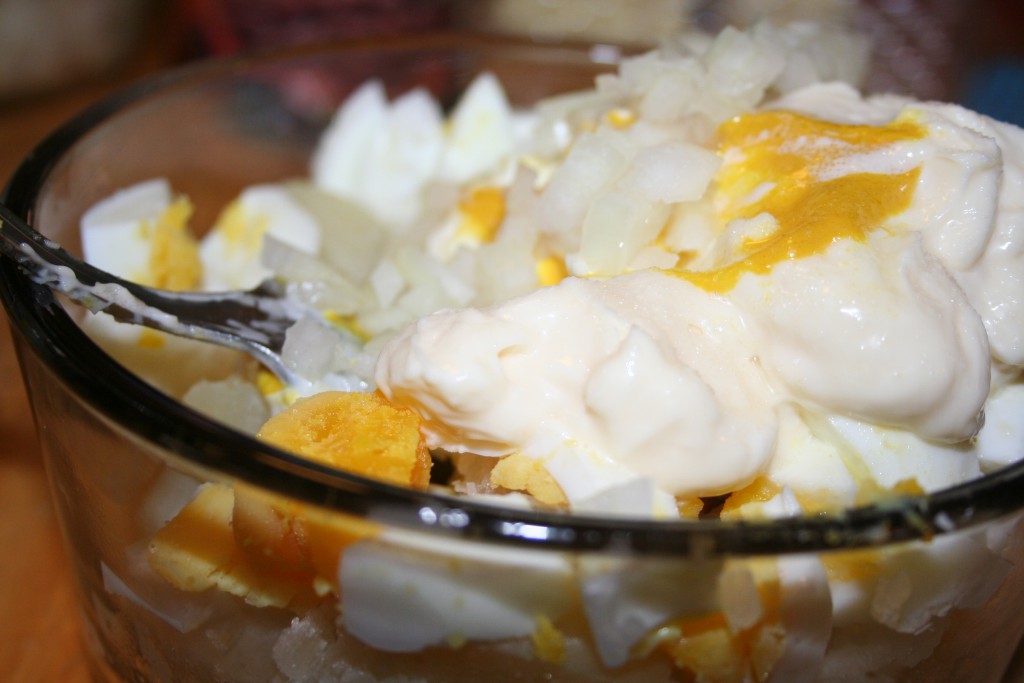 The big thing with how much mayo or miracle whip to is is about taste. My grandmother told me that if you’ve put in all you need and it doesn’t seem moist enough, add a splash of evaporated milk and stir again.

So there you have it . . . two versions of a simple potato salad. I love it. Now in the heat of summer I like to add some diced cucumber and diced tomato.