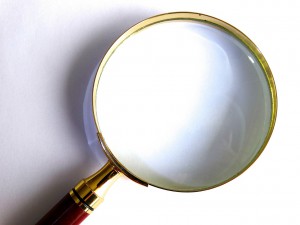 We had fun at my parents’ for New Year’s Eve. We played games and had lots of food. I made taco bites but of course, I forgot to take any pictures. Mom made some yummy ham and cheese mini sandwiches which were served warm. She also made some pigs in a blanket and cut up a few pieces of pecan pie that she had left from Christmas and served it in small pieces. Brian brought the queso blanco and tortilla chips. Tracie brought sausage balls and lil’ smokies. Her hubby Mike brought a homemade pie he made from some fresh apples that he got from someone he knows from work.

Interestingly I was not as tired as I have been in the past but true to form, we left shortly after midnight. Oddly, we stayed up a bit after getting home this year. I’ve been fighting a stuffy nose but when I sleep I have been snoring horribly. It has kept Mike from sleeping very well. Thus I let Mike go to bed before me in hopes that he’d be sound asleep by the time I got in bed and began my snoring but it didn’t work. He was sound asleep when I opened the door but as soon as I started changing for bed, he awoke.

At least my snoring did not keep him from sleeping.

So. It’s a new year. I’m working on being more disciplined this year. Of course I think that has been my focus for many years.

I never think I’m as disciplined as I should be but one time my children said that one word that describes me is just that, disciplined.

And yet, I still strive to be more disciplined.

I desire to get closer to my Lord this year as well.  I go to a church that encourages getting closer and closer to God. I want to do all that God wants me to do in this world. I want to live my life in a way that is pleasing to Him and when I meet Him face to face one day, I want Him to say “well done” rather than show me things He wanted me to do but I didn’t. I want to only do what He wants me to do. I don’t want to just do good things or things of good intentions; thus I endeavor to seek Him more.

Also this year, I am endeavoring to learn more about photography, so that I can take better pictures. Right now it is hit or miss. Any shots that are taken without the flash, at this time, have a tendency to become blurry. I found some online manuals for my camera that describe different settings and I intend to spend a week or two taking pictures with one setting, learning how it works and how to make the most of each setting or situation.

I got a tangle a day calendar again for Christmas this year. Already I’m behind since I didn’t do anything in it yesterday.

I’m going to have to do better than that.

At least I have been doing good with my Happiness Journal that I got two years ago for Christmas. It is nice to have a little something written down for every day of the last two years, to help mark my days and remind me of what I have (or haven’t) accomplished. I highly recommend it. It is a five year journal with space enough to write just a couple of sentences about your day. It can be used as a gratitude journal or simply to note the day’s occurrences. It has been one of the best gifts I’ve gotten.

The other thing I endeavor to keep focused on this year is exercise! I really dislike exercise! But we have a couple of games for the Wii U for exercise and I intend to get the Wii Fit U as soon as the price is good.

One of the games has three things to do each day and you earn coins to open up new things to do as you play the game/exercise.

I had begun using it before Christmas and could really feel muscles I hadn’t felt before, so I know it is going to be helpful in sculpting my body. Now that the holidays are nearly over (Epiphany is yet to come but we only mention it rather than any special celebrations) it’s time to get rid of the abundance of desserts and such. This too is part of the discipline I seek.

Most of these areas are things I’ve already begun to focus on and it is just a matter of tightening up, now that the celebrating is over. The photography and daily zentangle are the new ones that start today.

I hope you have areas that you are focusing on and have steps set out to accomplish your goals. If you don’t set any goals, you will never accomplish them.