Another week has flown by. I wish I could say that I have been putting pen to paper in an artistic fashion every day but at least I have been doing it a couple times a week or more.

This week’s theme for Festina Lente was Butterfly. The tangle prompts were Thing In the Middle of a Thing, Andromeda, Ansu, and Ann with strings 150 and 162 from Tangle Patterns and fragment G2 on musterquelle.de.

I have to say that I enjoyed most of these even though I did not slow down enough with Ansu to do it justice. I didn’t think I’d like Ann and found I really did like it. I drew it on a rather large grid behind things I’d already drawn. However, the fragment was not a favorite of mine at all. I think it is probably because I made the grid too large for it; maybe I’d like it if I did it a lot smaller in true fragment fashion.

Andromeda is another that I didn’t do quite right–ahhh, that is, I created a variation of what was intended.

I’m not quite sure how the layering was supposed to have proceeded–but it is nice anyway. I really like the possibilities with Thing in the Middle of a Thing.

Here’s my piece before shading. 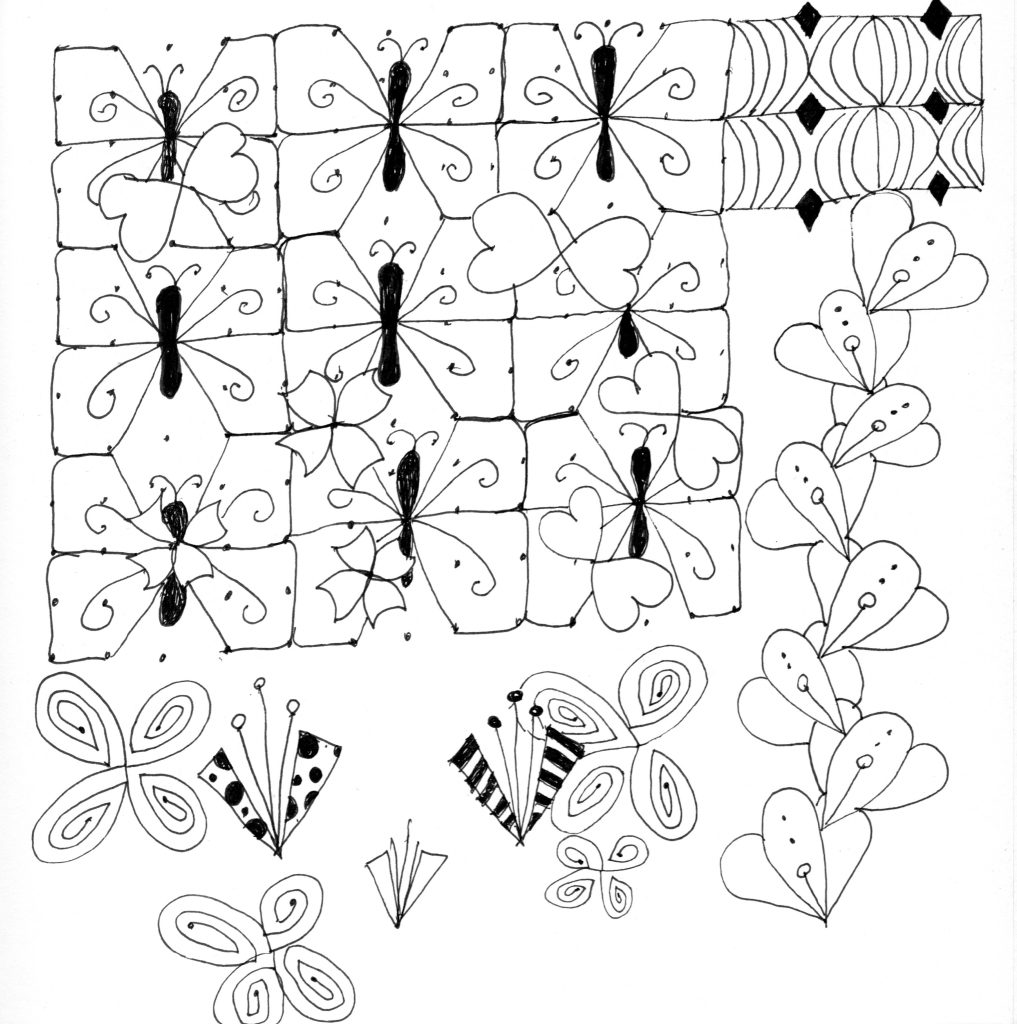 Here it is in natural-ish lighting . . . it was cloudy when I took the picture, so it isn’t that great. 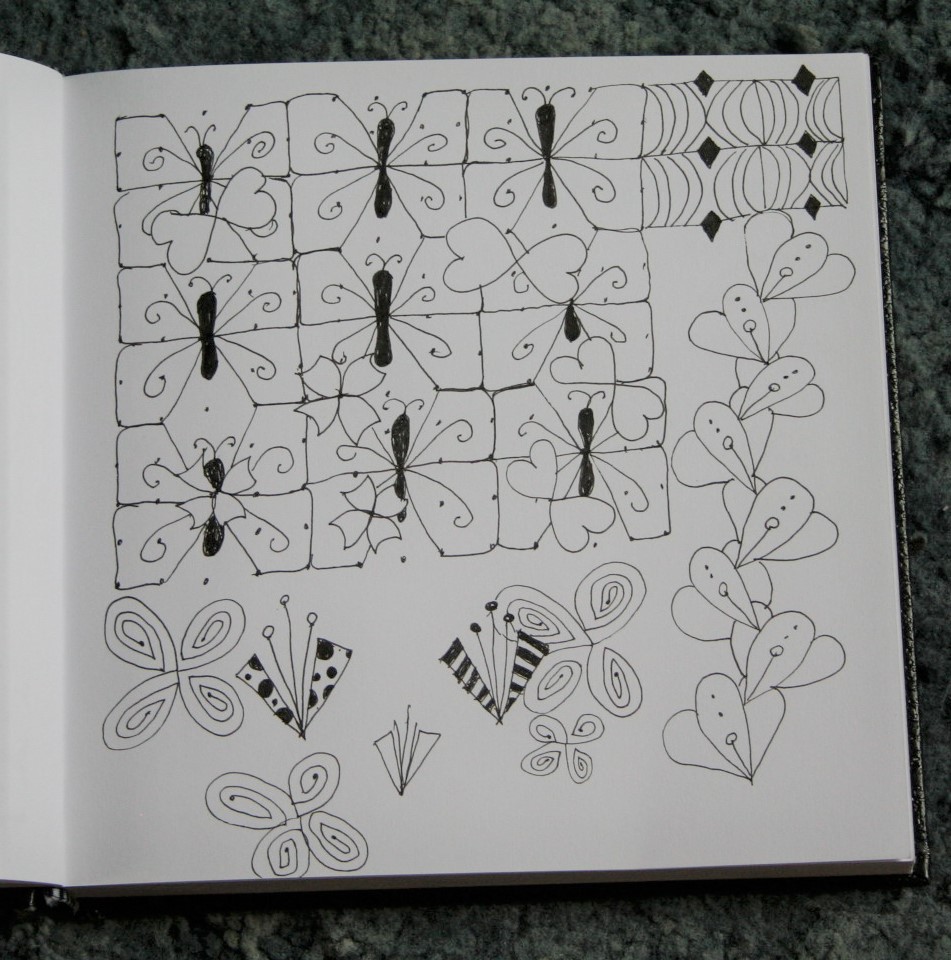 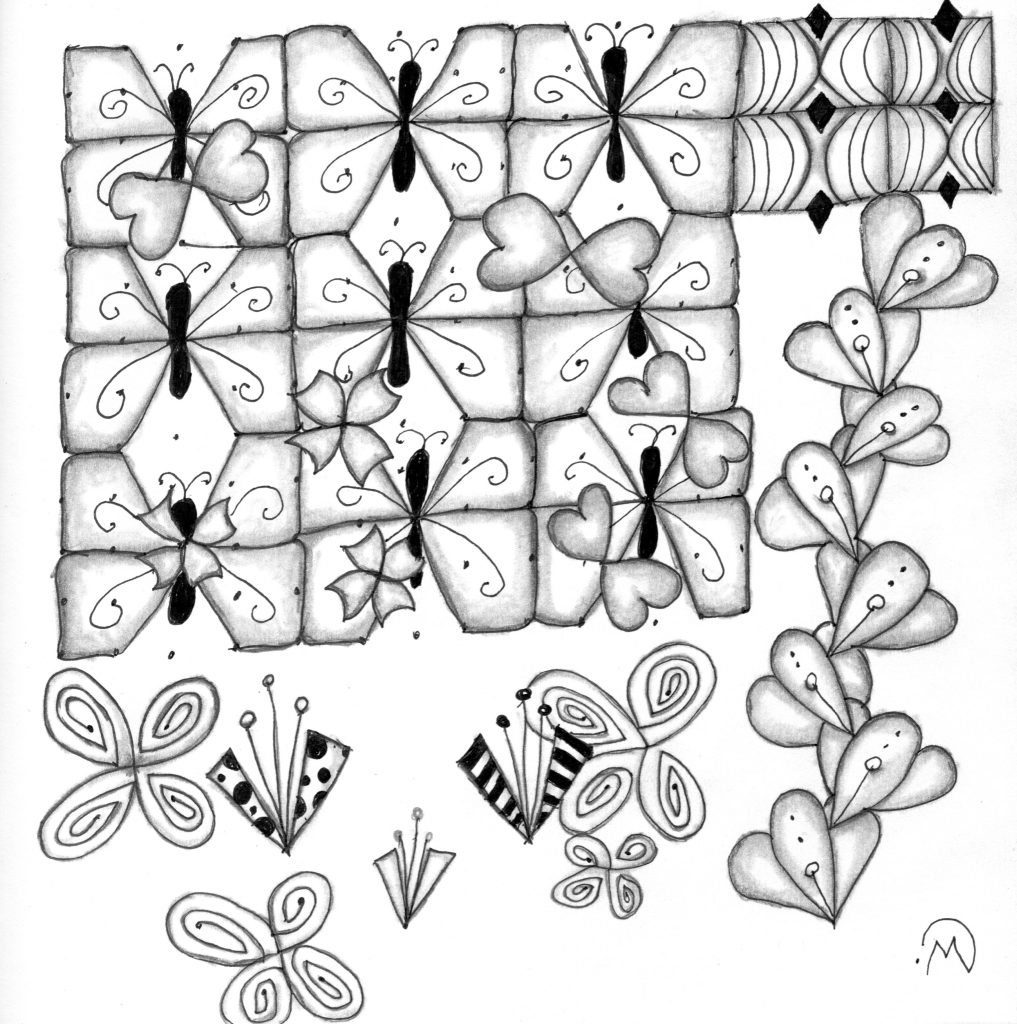 Then the sun came out when I’d finished it and I was able to get a decent picture. 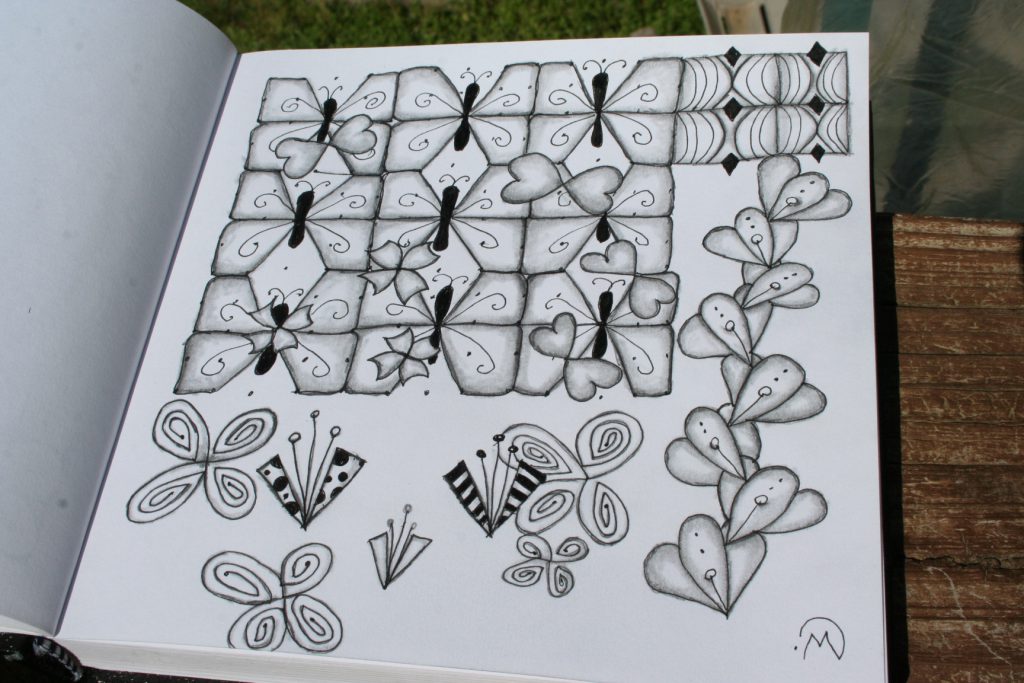 Well that’s it for me for today. Thanks for stopping by.