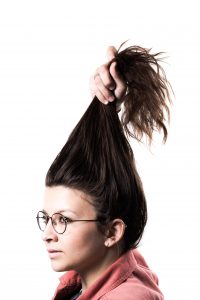 Well, last week when we went into town, I decided I NEEDED to get my hair cut. I haven’t gotten it cut since the end of last year, so it had really grown. There was a guy there this time and he didn’t do a great job, sadly. It’s okay but I needed a few more layers at the top and he just didn’t get it done. I told him I wanted lots of layers multiple times and still I didn’t get all I wanted. Oh well. Tiffany will probably take a stab at adding a few more for me.

Then I had to go back to the eye doctor’s office AGAIN!!! Yes, that makes three times! So frustrating. The really bad thing is that one of those could have been avoided because they knew they’d made the glasses wrong. Anyway, I digress. I saw a female doctor this time and she really took time with me. I came out feeling confident that the prescription would be much better.

Tiffany needed to get some new clothes. The girl has lost weight and just plain needed some more pants and warm shirts, although yesterday it was 80º. Yep eighty degrees!!! Totally ridiculous for February. So anyway, we went across the street and did some shopping. The glasses were supposed to be ready in two hours or so. We finished in Ross and went to the car and ate our lunch that we’d packed and had a about twenty minutes until they were supposed to be ready. We ran in Walmart really quickly and were back by the allotted time. I got in there and waited for my name to be called, only to be told that they weren’t ready yet! Ugh!!! This time around the experience has not been good at all, well, other than the people themselves being so nice.

So we left and  did our grocery shopping. It was about an hour later than they said it would be and the place was packed! Ugh again. Thankfully the glasses seem fine this time around.

By the time we finally headed home, we opted to skip filling the gas tank. We were just too tired and we didn’t absolutely need it. So home we went. Thankfully I had put a roast in the crockpot with radishes, cauliflower, and carrots that morning, so dinner was easy! 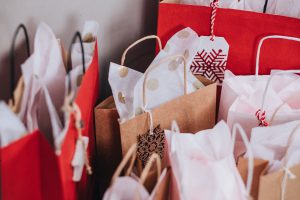 In all of our shopping, I forgot to get my Valentine gifts for Michael and Sean. But it was okay because this was the week I had my Zentangle group (art gathering). I decided I’d go early and shop. Michael ended up being off work, so he took me and we did my shopping afterwards, which was a bit awkward since I was buying stuff for him but oh well, I’m flexible.

Afterwards, we went to Red Lobster. We haven’t been there in a long time. Actually over a year because the last several times we went we shared a 4-course meal of chicken alfredo. Well, that is not a THM food. I got the wood-grilled tilapia with seasoned broccoli, a salad, and roasted green beans with mushrooms. I have never had wood-grilled fish before and it was absolutely delicious!!! Michael got the trout and said it was good too.

This is getting a bit long, so I’ll close for now. I’ll probably share the treats I made for my family for Valentine’s Day on Tuesday.