I really like having this day on my blog because it forces me to draw. I enjoy it but without the push of getting it done for the blog each Wednesday, I put it off and get none done at all, which is a real shame because I do like drawing them.

I loved what Laura did with her tile and it is so hard for me to think of something different than what she does, after seeing it.

So I thought, what if I draw a big pokeroot and drupe inside of it. It probably would have turned out better had I gone through with that plan but I decided not to draw one huge pokeroot but four smaller ones. As I drew them, they connected in the middle.

This is the second week I’ve tried to focus on the light source. Today I placed it in the upper left hand corner. I really think I like it most when I imagine the light source shining directly on the front and center, as that is a more natural shading position for me. But I’m trying to grow and develop, which requires trying new things. However, don’t be surprised if I go back to my comfort zone here shortly.

I watched the video Laura linked on her post and it really helped me come to terms with pokeroot (although pokeleaf and I are still on the outs, I think

). I actually enjoyed drawing it.

After that video there was another listed for how to draw pokeroot on the suggested videos. So I watched it. The lady was not a czt and after watching the first video, I did not like how she drew hers. BUT she did show a variations that she called Fluffy or dandelion. So I decided to add that variation on my tile.

This first picture is before shading. (I recently joined the Shading Zentangle facebook group and they like you to show the line drawing before shading and then the finished tile, in order to better help, if you want it.) 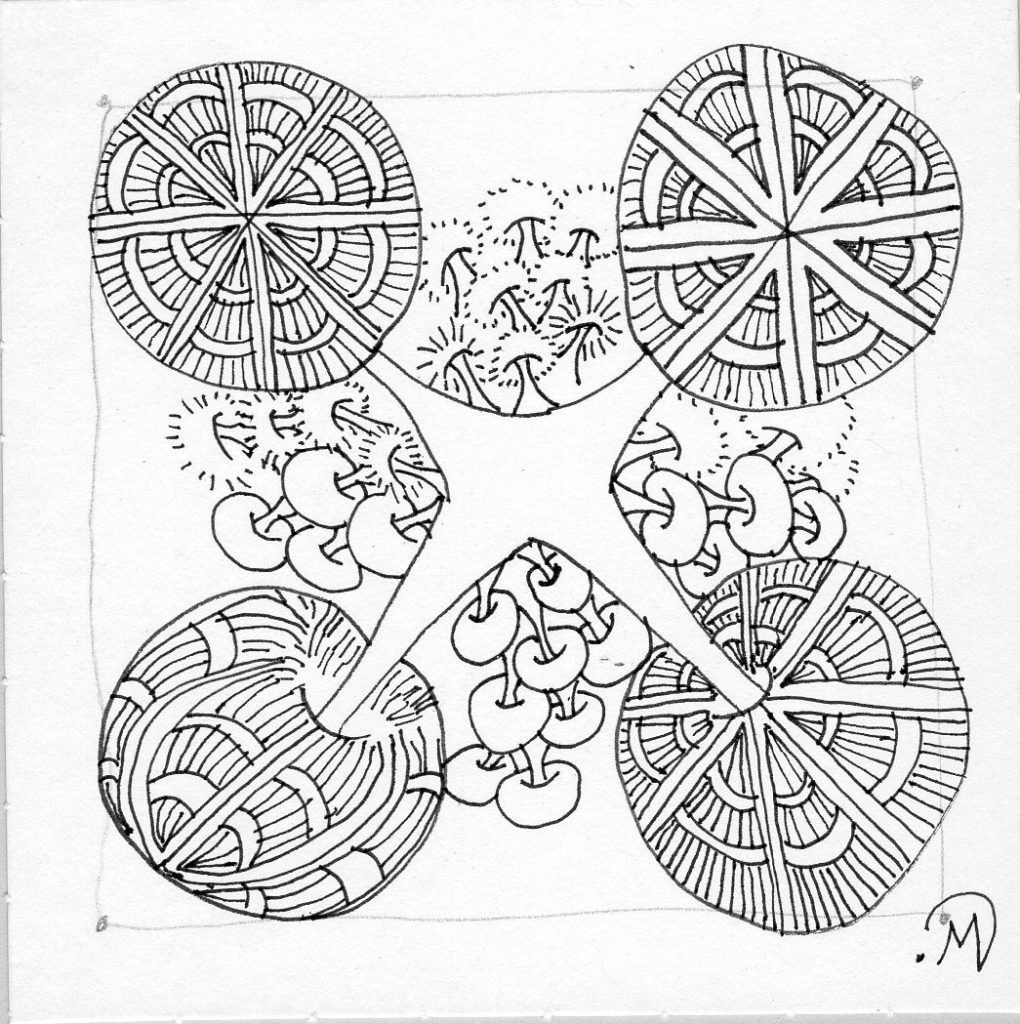 And here is my finished tile. I struggled with the shading. I imagined the one in the lower right corner was angled in such a way that the inside was shadowed by all the other stuff and the outer/lowest portion was sticking out beyond all the other pokeroots. 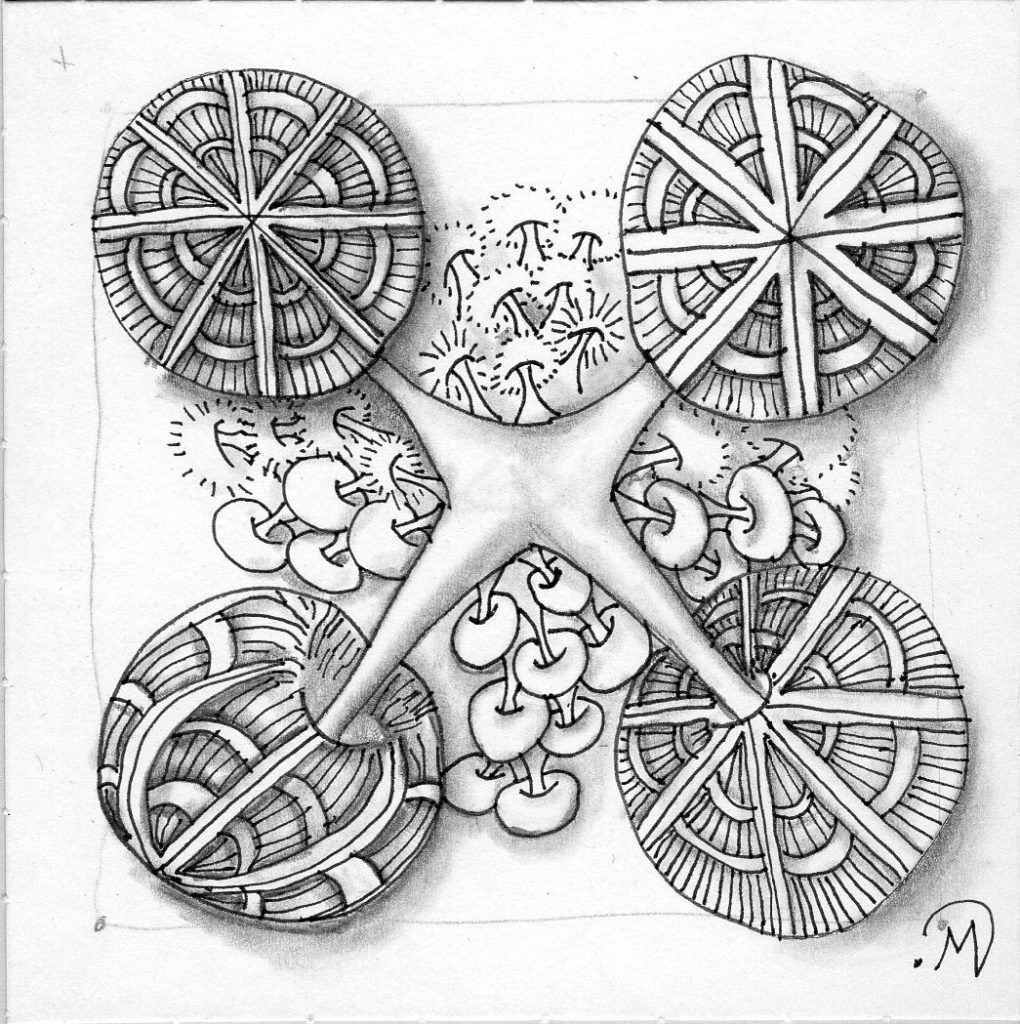 It is always after I have scanned it and loaded it on here that I see where I should have added more shading or done something different. Ugh! And generally it is too late to do anything about it, as I need to be moving along on to other things. Oh well, there’s always next time. Who knows, I may actually do some of the other focuses before the week is out. I love grid patterns and over at Patterns-Collections for the next couple of weeks, they are focusing on Genevieve Crabe’s awesome tangles; so I might just get some more tangling done this week. We’ll see.

I really appreciate your comments. I’ve always been my own worst critic, so I’m trying to hear you all and be a bit gentler on myself.

Thank you for your encouragement!

PS. This morning I decided to do the single pokeroot with drupe on it. So here it is: 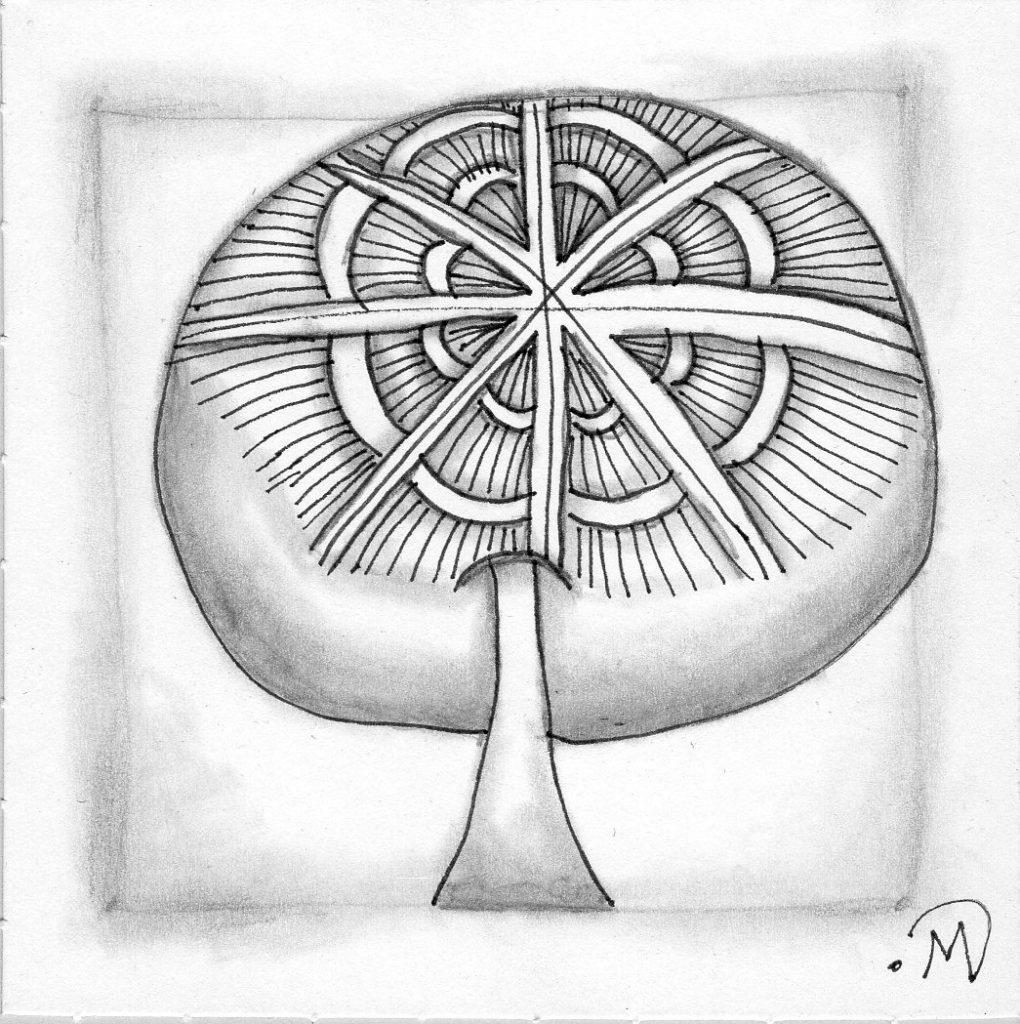 9 thoughts on “Drupe and Pokeroot Duotangle”