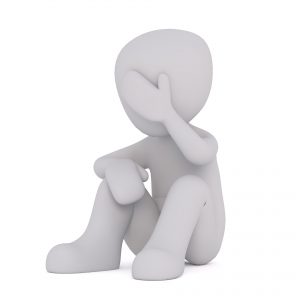 I think one of my love languages must be food. I like to cook for those I love. And I love to eat with them too.

There have been a couple occasions of late where Michael has asked me to make him one of the healing shakes for dinner instead of whatever it was that I had made or intended to make. I have to admit that at first I had to fight off being offended. It’s actually quite ridiculous that I could even get offended at the simple request but I’m just being real here.

He had been out in the heat and needed the cool refreshment from a shake but also knew the ingredients would help sooth his stomach issues.  Of course, I made him the shake but in times past, I can see that I might have made some unkind remark about having worked hard on dinner and why he couldn’t just eat that. That would have been sooo childish and immature.

Love is about doing for others and helping them in whatever ways you can. When a reasonable request is made, I’ve learned that it is best to do what I can with a cheerful attitude.

Now I will point out that he is not one to do this kind of thing frequently. If your spouse is one prone to separate himself and want special things all the time, then you need to pray about how to handle your individual situation.

Then I had another situation where I had worked hard on something for him. He is usually a very observant person. He did not notice the thing I’d done. I simply joked with him about his lack of observation, rather than get upset that he didn’t notice.

In the past, I would have been a bit upset that after spending several hours working on the surprise, he didn’t even notice. But instead of getting offended, I just kidded him and his superb observation skills. We all had a good laugh, which is much better than getting emotional about it.

In the end, getting offended does nothing for anyone and only makes you upset. The best thing is to choose to find a way to deal with the situation and broach the subject with your honey when you are not emotional and upset. Getting offended is not helpful to anyone.