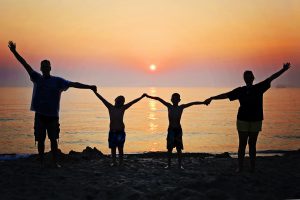 Disciplining children is such a difficult subject but it is so vital to a happy family. There were two big areas I struggled: consistency and attitude.

It is draining to raise children, especially when they are in the ages that they are pushing limits. It is imperative that you remain consistent. If you say something, be prepared to enforce it because if you slip once, your child(ren) will remember that they got away with it once and hope that this will be another time they will be able to do that thing. It is in your best interest and in your child’s best interest to let your word be your bond and always say what you mean.

When you tell a young child not to touch something and they touch it anyway, quickly remove the object from their person (be it their hands or their foot or elbow or whatever body part they touched the object with), calmly but firmly tell them “no no” and lightly smack their hand. This does not have to hurt them. The point is to let them know that this is not allowed. Now it may be necessary as the child gets older to smack them a bit harder but this brings me to my next point, never out of anger.

Don’t Discipline Out of Anger

When you are angry, it is so easy to discipline out of anger because so many times you get frustrated having told the child numerous times about the thing already or they’ve broken something they weren’t even supposed to touch or they are making a scene in public. But the best thing to do is to take a deep breath and get control of yourself before disciplining your child for his/her inappropriate behavior.

Once the  discipline time is over, be it a timeout or a swat, hug the child and reassure him/her of your love for the child. This one is vital. This lets the child know that you still love him/her even though he/she did something that was unacceptable.

This has gone long enough for today. I’ll get into some specifics and resources next week.