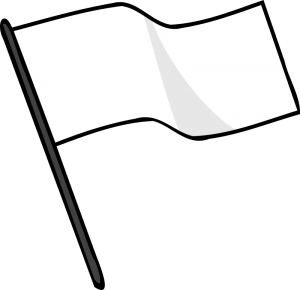 Some times there is a difference of opinion between Mike and I. In general that is fine and we just agree to disagree but sometimes that cannot be done. Some times one person has to give in, like whether you are going to spend money on a particular item or not or do a specific thing or not. In these instances someone either has to be swayed by the argument of the other or one just has to give in.

How do you handle these things? I don’t handle them well all the time. Sometimes it is an easy call and not that big of a deal but other times it takes a complete bending of the will. And guess who’s will gets bent.

Yep, I feel it is generally my duty to give in (be submissive). Of course that does not come until it is a last resort though.

hee hee Disclaimer:  this does not hold true for abuse and such.

I’m not one that is afraid to argue. I don’t think an argument is a problem . . . if you fight fair. There can be no name calling or throwing up past faults or even pulling in other subjects. It is also important not to carry it too long. If you cannot come to an agreement, table the conversation, if possible, and pray about the situation, then bring it up again.

I have found that there is no good time to talk to Mike about certain subjects. There just isn’t. As you would guess, before bed is out because that would cause him not to be able to sleep. When he first gets home is out too because he needs to decompress from his job. Dinner time is not good either because, well, who wants to mess up a good dinner. Evening is bad too because he’s relaxing. In the morning before work is not good because he is getting ready for work and mentally preparing for his day. And I just don’t think it would be a good idea to call him while he is at work.

So you see? There is no good time to broach a subject that is a potential hot topic.

So what do I do? I feel out each potential time on an individual basis and pick the one that seems best to me at the time.

I also try to soften it by asking him to just hear me out and then I present the situation as succinctly as possible. The important thing is to know when to table the discussion . . . that is usually the point when no new information is being discussed.

Now it is important not to be mean or rude for the rest of the day. Don’t pout or give the “silent treatment” as that isn’t fighting fair either. Giving him the cold shoulder isn’t a mature way to handle things either.

One thing I have learned to do is to mention the topic lightly when I first learn about it to break him into the topic. Don’t sit on it and wait and wait to bring it up because you don’t know how and you’re pretty sure it is a hot topic . . . giving him a longer time to let God deal with him and mull over the points I’ve brought up . . . and vice-versa.

I hope these thoughts will help you the next time you have a difference of opinion with your beloved.