This week’s Diva Challenge is by a guest, Amy Broady. The challenge is to include a metallic feature to our tile this week.

At first I didn’t think I had anything to meet the challenge. I thought about some metallic pens I have but they never seem very metallic to me. Then I remembered the scratch and sketch tiles I got for Christmas in 2014. I have gold metallic, silver metallic, and rainbow colored. I had not yet tried the silver foil ones, so I thought this would be a good opportunity to do so.

The next decision was whether or not to use a string and what tangles to use. I decided to use a very simple string and tangles I could recall easily. I think the one in the upper right hand corner is shattuck. Then I decided to use Finery or at least, my attempt at finery in the lower left corner. From there I wanted something simple, not intricate, so I went with Kuke. I like Kuke but haven’t used it in a long time. This isn’t completely kuke, as I had to adapt it a bit for use on this scratch off tile because I cannot shade on this tile or at least, can’t do it very easily. Then I just went with ahh or something similar in the upper left corner. I did it from memory but haven’t used it in ages either, so I probably didn’t draw it completely correct.

I remember from the last time I tried to scan the foil tiles that they neither scan well nor do they photograph well. Consequently I took several pictures and am putting the best ones up. This first one is with the flash but as you can see it doesn’t show up very good. I include it here so you can see that the foil is actually silver. 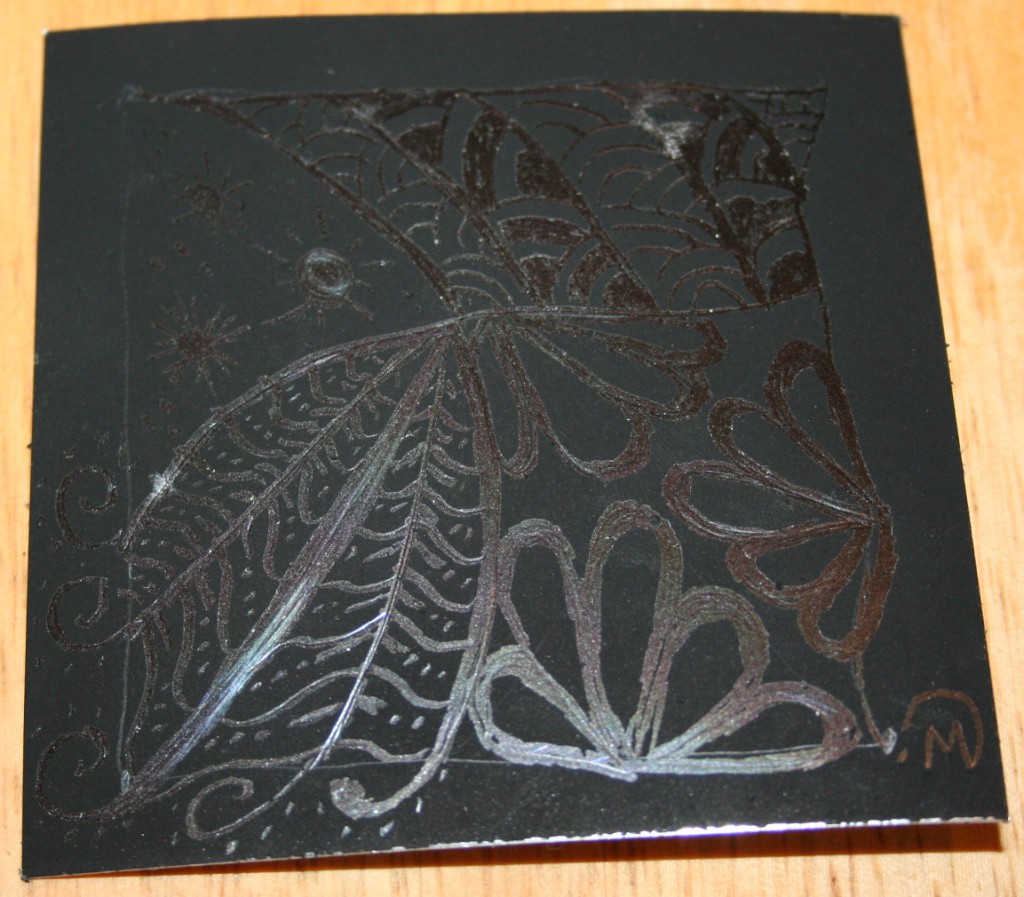 It is hard to take the picture without the flash because you have to hold the camera very still and I’m not very good at that but here are a couple of my attempts to do so. 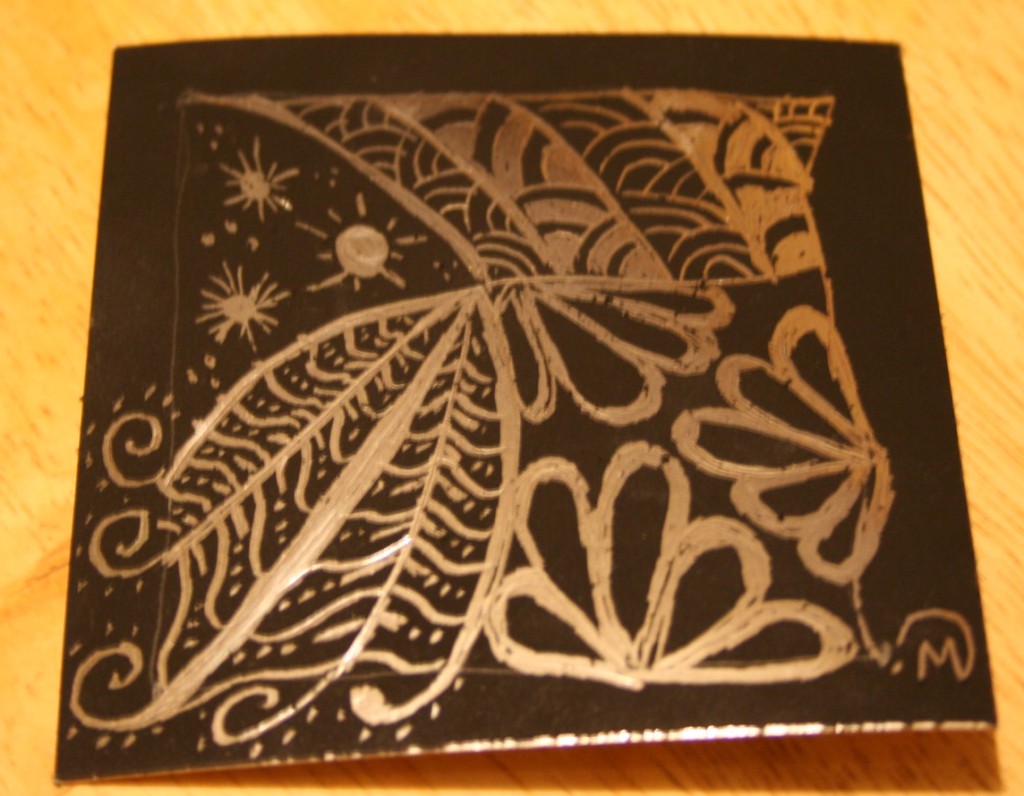 Here is one more without the flash, although a bit blurry. 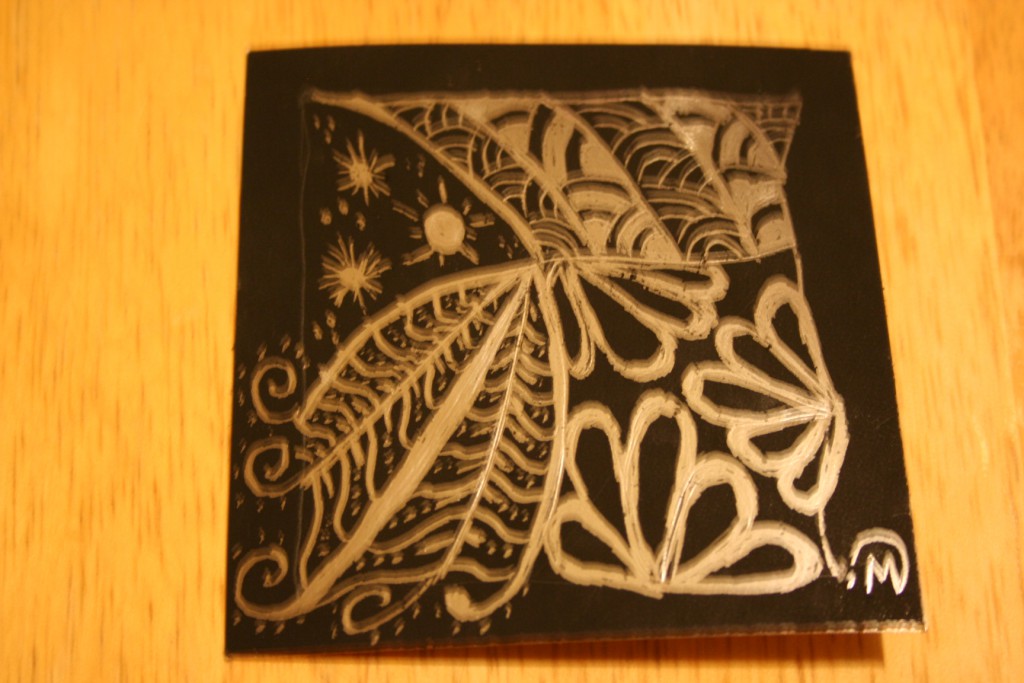 I appreciate you stopping by. Thanks in advance for any comments. I think sometimes I sound harder on myself than I am and am thankful to the commenters for their encouragement.