It’s been a slow week this passed week. The biggest thing that happened was finally getting some living room curtains that I like. We took the advice we found online and hung them six inches wider than the window on each side and nearly to the ceiling as well. (They go to about an inch from the floor.) It really makes a drastic difference!

I just got plain brown panels but I got a nice rod. The panels have the grommets, so no valance, at least, not yet. Since one side of the room has two windows side-by-side, I needed at least three panels. So I thought I’d add an accent panel in the middle and the result is pretty nice. I saw the accent panel first and really liked it. Through the packaging it looked like it had brown on the sides but when we pulled it out to look at it saw that the brown was only a small band at the top. AND they only had 4 panels, which is what caused Tiffany and I to keep looking. Then we saw the plain brown panels and that’s when the idea struck me; Tiff agreed.

I had taken down the drab blue homemade curtains that we inherited with the house when we got it, when Mike painted the walls quite some time ago and never put anything up other than the blinds. Several months ago I found the rods at Garden Ridge very reasonably priced – I think they may have been on clearance but it’s been so long I don’t even remember. 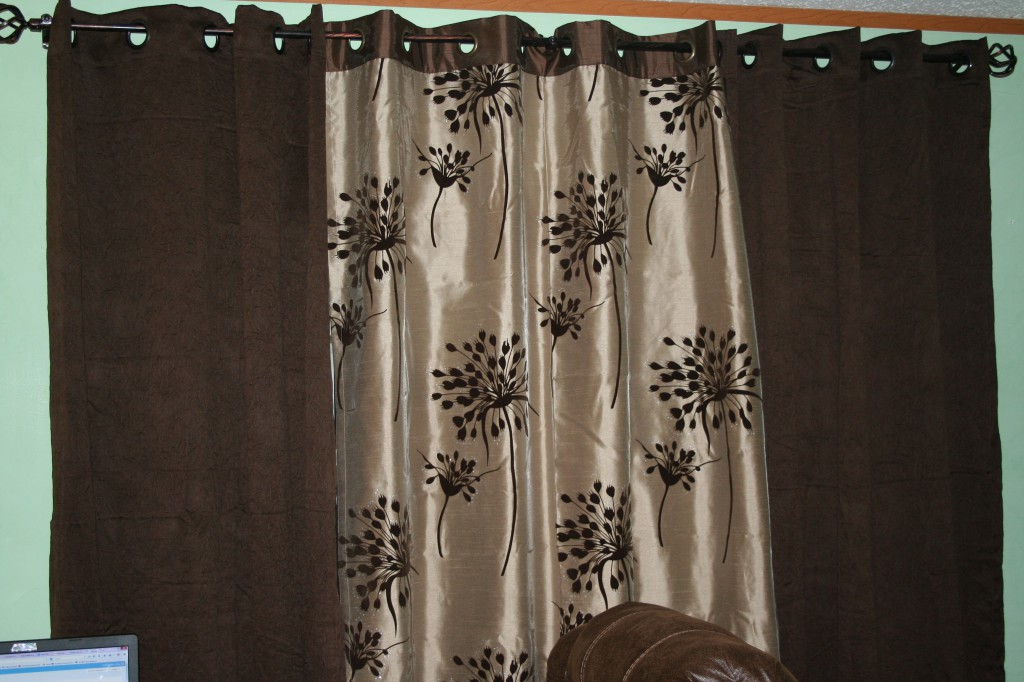 When we ran errands last week, Tiffany and I went to Mardel. In their bargain book section we found Shaunti Feldhahn’s books I’ve mentioned a few times here, for women only, for men only, and for young women only. It was neat because I found them for just $5 each. I was thrilled, especially since I was getting ready to request for women only from the library again. 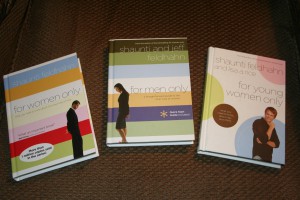 Today I had a recipe bomb! Ugh! I thought I’d try my baked ziti in the crock pot, while I was at home, so I could catch any foul-ups. Well, it was a huge fail! The cheese completely dissolved, so there was NO YUMMY goodness. See I had made lasagna in my crock pot and the noodles got too soggy, since I boiled them first. So, I decided I’d try making the ziti with dry pasta and just add extra liquid for the pasta to absorb. Well, it absorbed what was there but evidently there wasn’t enough because some of the pasta was still hard but burnt and some was soft. Now, Tiffany did misunderstand me and put it on high instead of low, so I’m not sure if this had much to do with it, as I checked on it after 3 hours. It wasn’t good; it was edible but not good, so I don’t think I’ll do this again. I like my pasta and cheese too much to ruin it like this. (I will spare you the picture of this . . . trust me, it isn’t pretty.

My parents and my sister and her family have gone on vacation, to the beach. Sean is house and dog sitting for them. We really miss him when he isn’t here!!! Thankfully, he misses us too. We will all be glad to be back to normal, even though it does mean that we eat dinner later than we used to once upon a time. We wait to have dinner until he gets home from work, which is much later than Mike has gotten home from work, all these years. But since Sean’s had this job for over a year now, we’ve gotten rather used to eating later.