This week I had some tangles that had been focus tangles in the past several weeks that I wanted to try my hand at but had not yet. I believe three of them were focus tangles on Square One: Purely Zentangle and the other was a featured tangle on day on Pattern Collections one day last week.

The tangles are Aurabed by Karin Frank, Cindyer by Yu Ru Chen, Poa by Marion Kreuzweg, and Ilac by Ria Matheussen. I decided to draw them all together because they all seemed to be drawn (with the exception of maybe Cindyer) in a column or strip. I remembered a challenge I’d done some time ago of a striped tile and thought these would do well in the same kind of layout.

Here it is without shading. 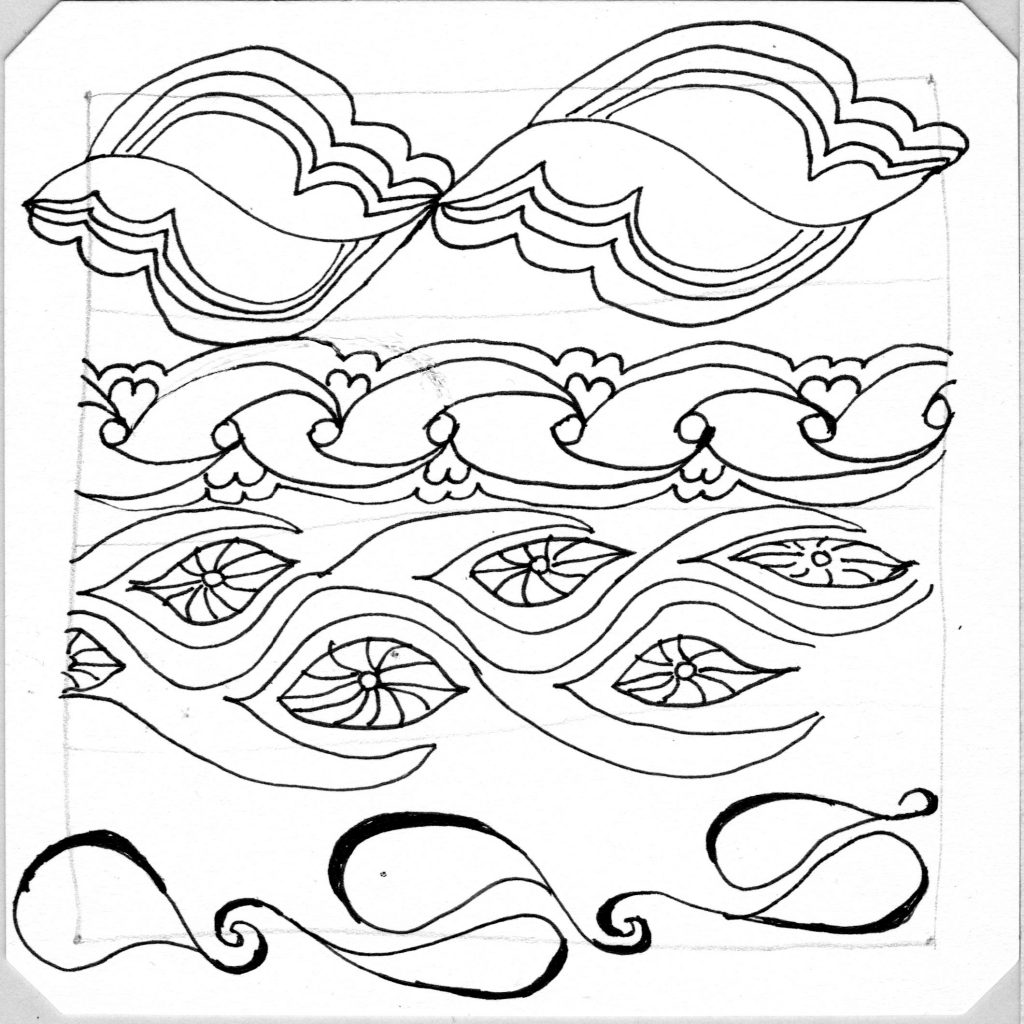 Of these, I think Cindyer was my favorite to draw. The hearts just kind of appeared.

That is tangling magic.

Poa kind of looks like big fish with mouths open or rafts floating down waves.

Even though I didn’t draw Aurabed (at the top) exactly as the stepout, I still like it a lot. It was probably the easiest to draw. I enjoyed Ilac, even though I didn’t quite do it justice. I can see myself using it and some of the others again. Cindyer reminded me of Cadent a bit and Cadent is one of my favorites although I haven’t used it in quite some time now. But I digress.

Here it is shaded. 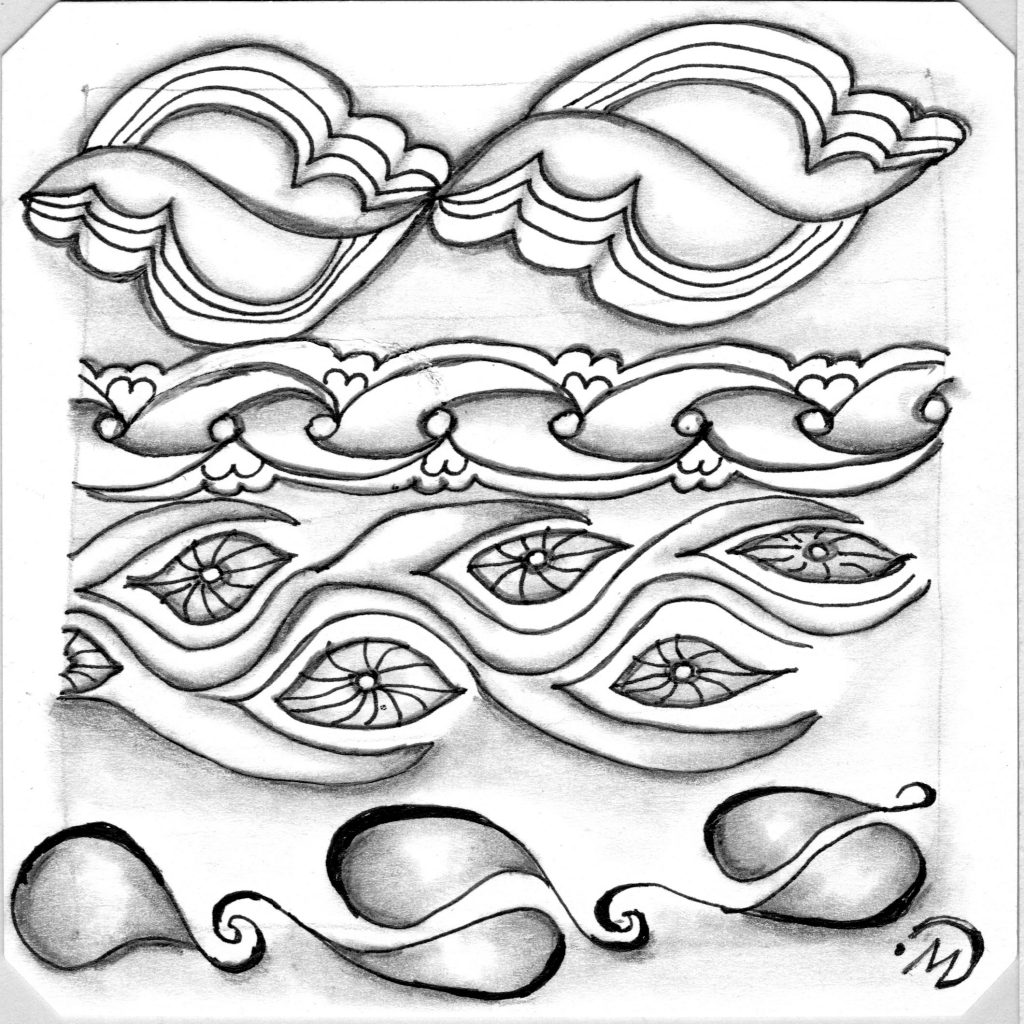 It always amazes me how plain and unshaded they look when I scan them in and look at it on screen. It frequently looks better smaller. The reason I don’t just put it up in the smaller size is because I know I like to see the detail in tiles, so I show it with all its imperfections, in case others are like me. Here it is a bit smaller. 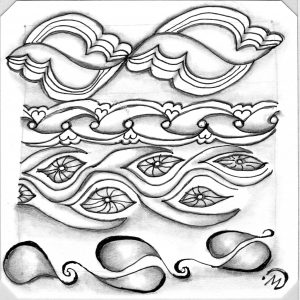 And then on the advice of others that have such lovely tiles shared on facebook, I started taking pictures outside for a more favorable look. 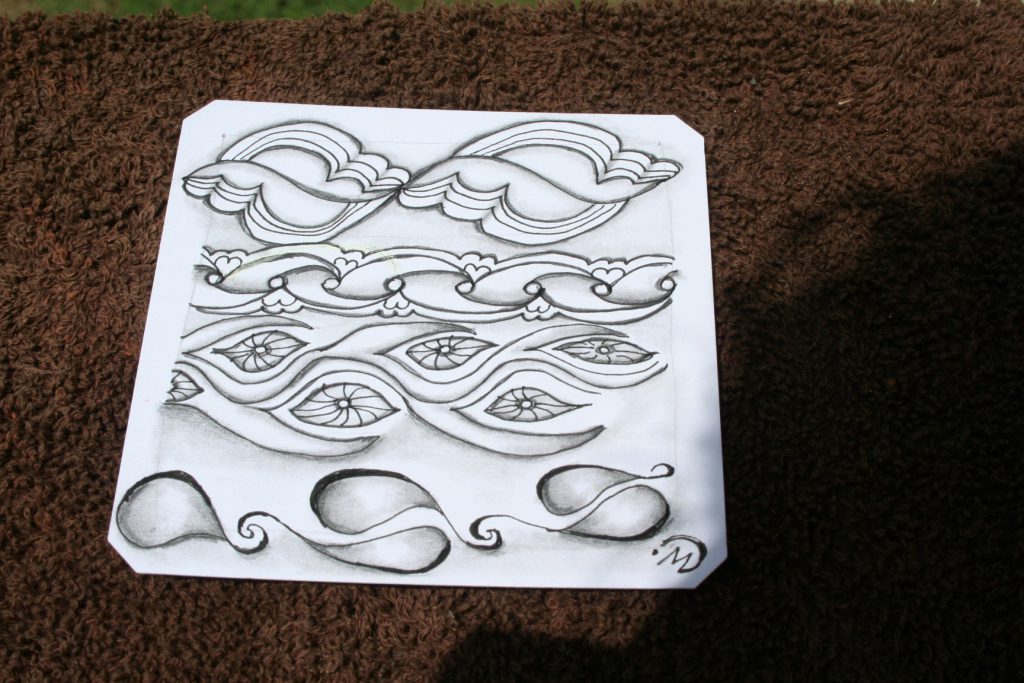 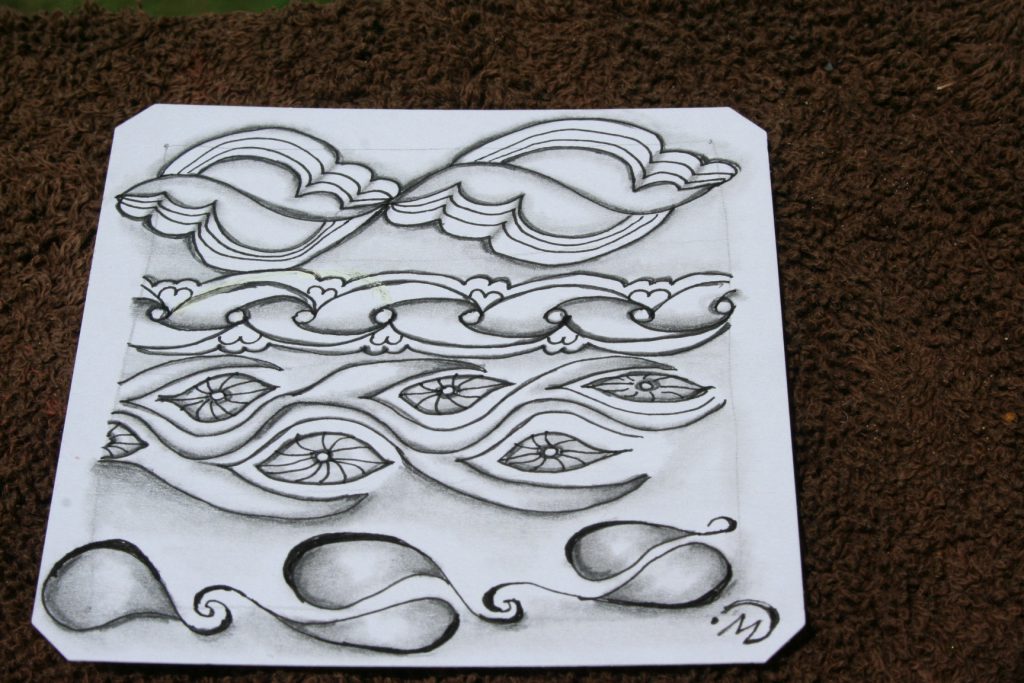 I drew the tangles in columns rather than in rows. Of course I did rotate my tile as I drew it. It was fun to do.

Thanks for stopping by! Do come again. I hope I’ve encouraged you to try something new.