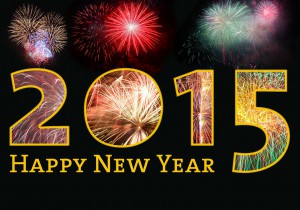 I got so busy with preparations for our New Years Eve family fun night that I completely forgot to write up this post.

On New Years Eve night we gather together as an extended family and play games until we ring in the new year together. We try to include all the ages we have which span from six to seventy-three. We usually play a variety of games but one we usually play is Win Lose or Draw. We play it a bit differently than the rules state but it works for our family. (I guess we are just rebels . . . hahaha . . . just like curricula, we let the games serve us rather than be a slave to them.

Any way, because we have fourteen people, we play games a bit differently. For Win Lose or Draw, we use a white board and dry erase markers. We take the box of cards of phrases from the Win Lose or Draw game and we take turns drawing one phrase on the board (including lines for how many words there are in our phrase). The entire family yells out guesses and as soon as the draw-er hears one of the words in the phrase they write it on the appropriate blank. When the phrase has been guessed correctly, the person that guessed it draws next, until everyone has had a chance to draw and then we just keep going in the same order. It sounds confusing but it really isn’t.

Tonight we also played “Last Man Standing” which Brian taught us earlier this year. I taught it to the extended family on Christmas night and most of us played it again tonight. Even Ashlee, our resident nine year old played with us again. We had nine of us playing. It was fun!

We had lots of fun. I encourage you to find ways to include your young children and older members of your family in your celebrations. Special times make memories and you want everyone to have good memories of those special times.

Another game we played was Imagine Iff, which is another board game that we had eight people playing. It has statements for you to imagine different scenarios and which person would be more successful or would be what character or some sort thing. Much of it is pure nonsense but funny all the same. Surprisingly, we actually played this game pretty much as the rules suggested.

Another game we like to play but did not this year is Taboo. We like this game but play it way differently than the rules suggest. We take the cards and pass them around and take turns trying to get anyone from the rest of the group to guess the word correctly and then the next person tries to get the others to guess their word. We have no time limit, no board, and only do one word card per person per round. We make it work for us, in our situation. Don’t be afraid to do the same for your family.

When I make brownies or pumpkin bars and I take my piece, whether it is the first or fourth piece being served I choose the piece I want and take it no matter if it is in the center of the pan or along the edge. There are no rules that I must follow that states that you have to serve an item in any particular manner. I remember the first time I did this around my friend Joyce, I think it stunned her but it also freed her, as I have seen her serve from the middle first several times since.

Don’t be afraid to do things differently if they suit your situation better than the norm. You are free to do things the way that fits your family best.