It’s been a busy week. Thankfully I managed to make my menu for two weeks last week and was able to get most of what I needed for it as well.

This meant that I did not have to go to the store on one of the busiest grocery shopping weeks of the year! Yay! Having said that though, I did have to have Michael (and Sean) pick up a few things for me: distilled water for one and probably the biggest one too. We get twenty-one gallons a week and there was no way I was getting that many the week before. I’d have no where to store it!

Brian, Lauren, and Liam came Wednesday night and spent the night here since they live two hours from us. It was great having them here! 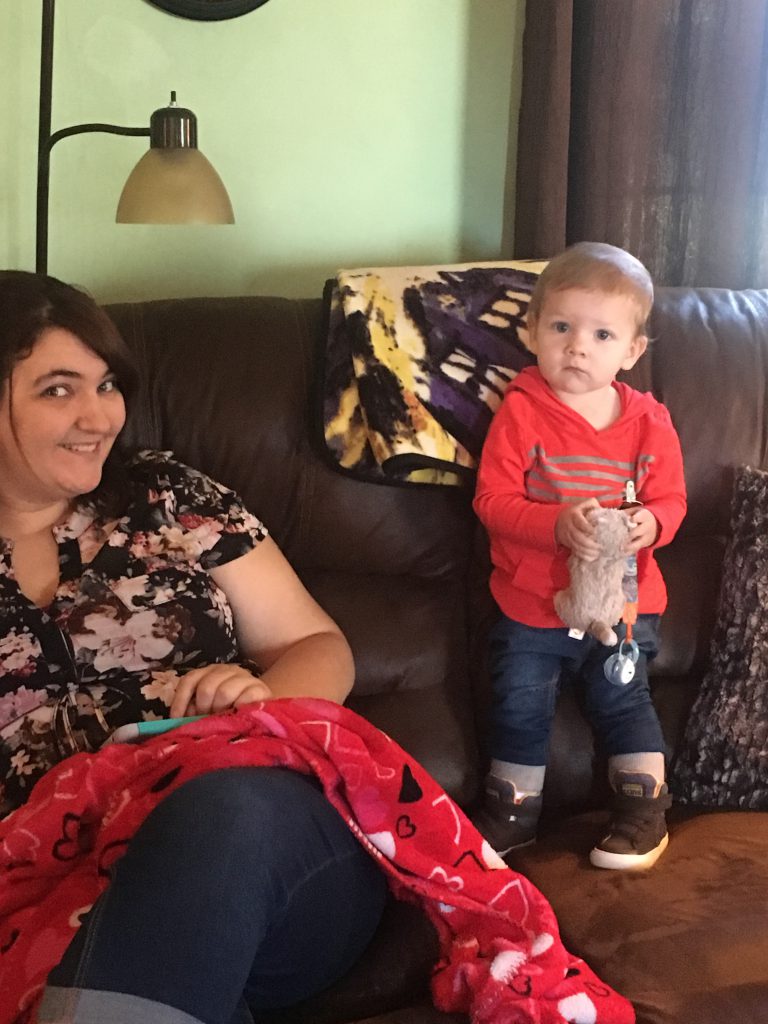 The other problem I had was that I didn’t finalize which recipes I was making until Wednesday. Yep, Wednesday. As in the day I was making them. I know, I’m pitiful! I finally decided on pumpkin bars instead of pumpkin pie and in the end I realized that I should have made a pie too because Michael went off plan and ate a piece. So both will be on my Christmas dessert list.

Her girls came and stayed with Tiffany and then spent the night. 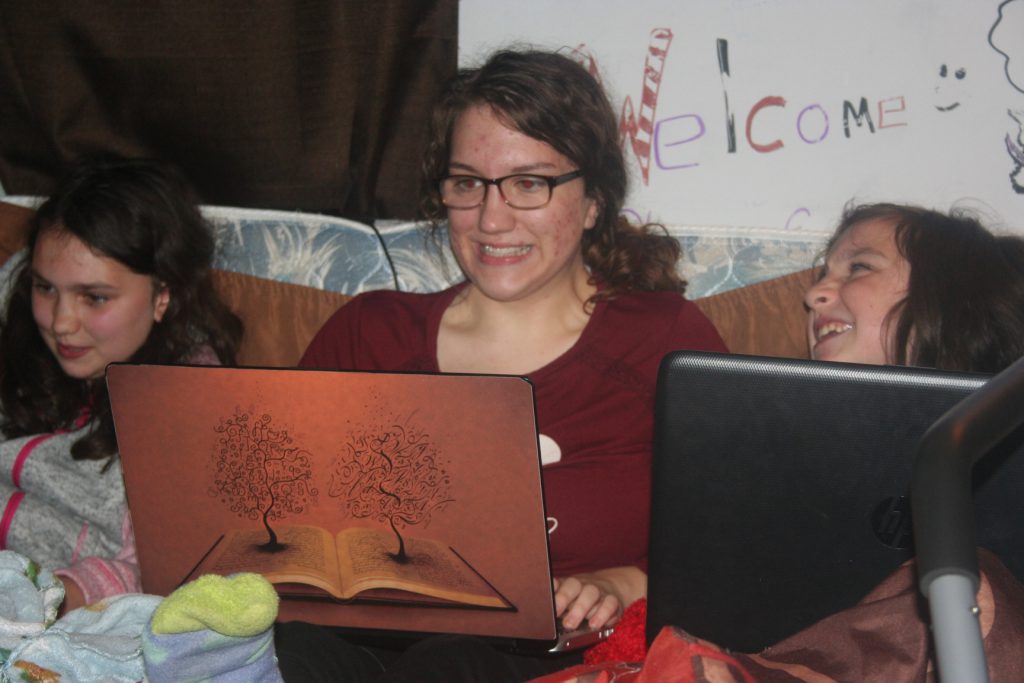 Toontown was played! Even Sean and I joined in the fun that night. We all made deer and became The Herd. 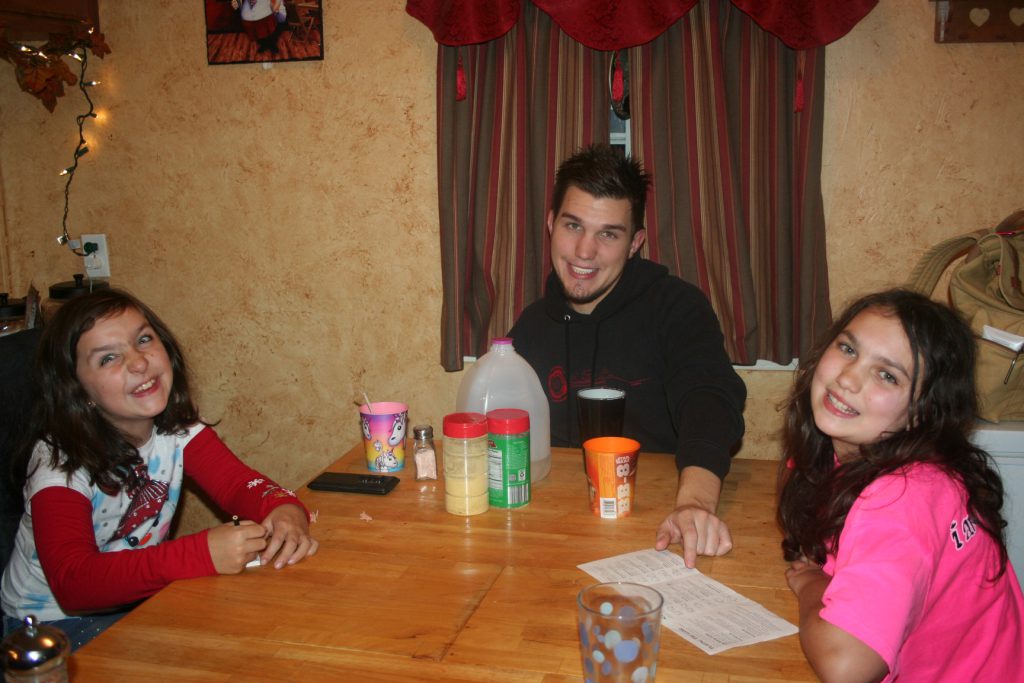 It was fun, even though Ashlee ended up with a headache and hasn’t acquired the ability of swallowing pills yet and I no longer have any liquid pain reliever in the house. I did, however, have some chewable aspirin. She was better the next morning but both she and Tiffany were not feeling good on the following day.

Oh well, at least all were good in time for Thanksgiving.

After the holidays last year, Mom told Tracie that she couldn’t do things like she had been doing them and that we needed to do something different in the future. We have entered the future.

This year we gathered at my sister’s house. Mom and Dad took stuff over the day before and Mike did the cooking, aided by Tracie for authenticity.

Tracie is huge on traditions and wanted to be certain that there was as little difference as possible. I appreciate how much she loves our family and how we have done things throughout the years. Unfortunately, I changed things up because of our family being on Trim Healthy Mama. 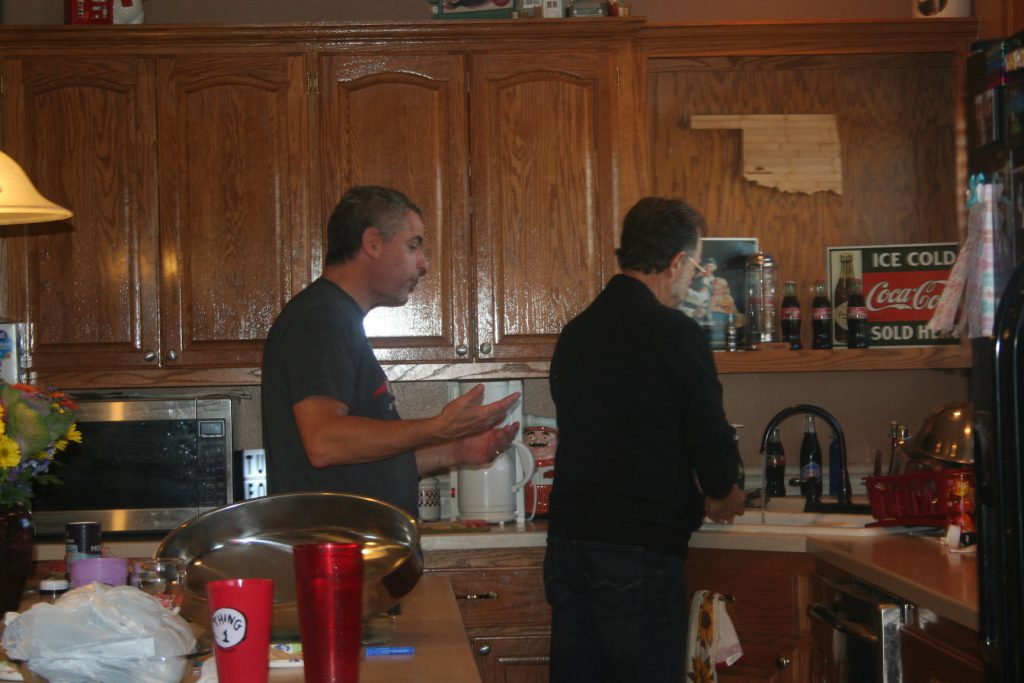 In the past, I have readily admitted that our Thanksgiving meal is a huge carb fest.

So this year adjustments were needed to how much food was cooked. Mike (yes, Tracie married a Mike/Michael too) volunteered to make cauli-tators for us. I brought some sprouted wheat rolls in lieu of the provided Grands biscuits. He and Tracie really gave a labor of love, getting up at four something in the morning to get the food started (we eat by noon). I caved in and had the noodles cooked in ham broth! It was delicious and today I am back on plan. 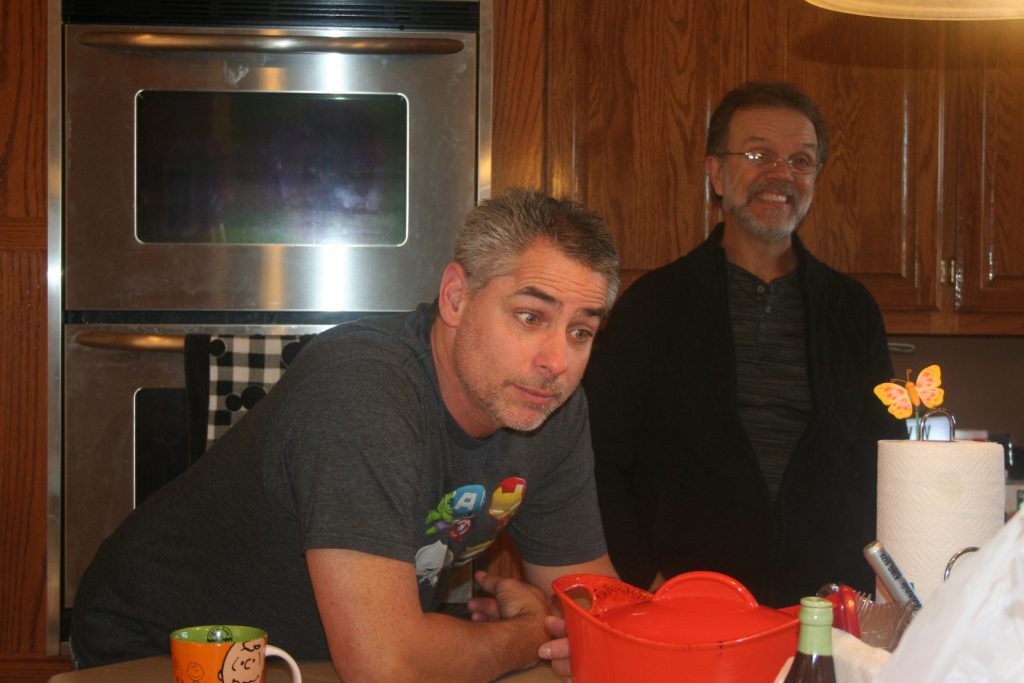 We took Christmas pictures today too. 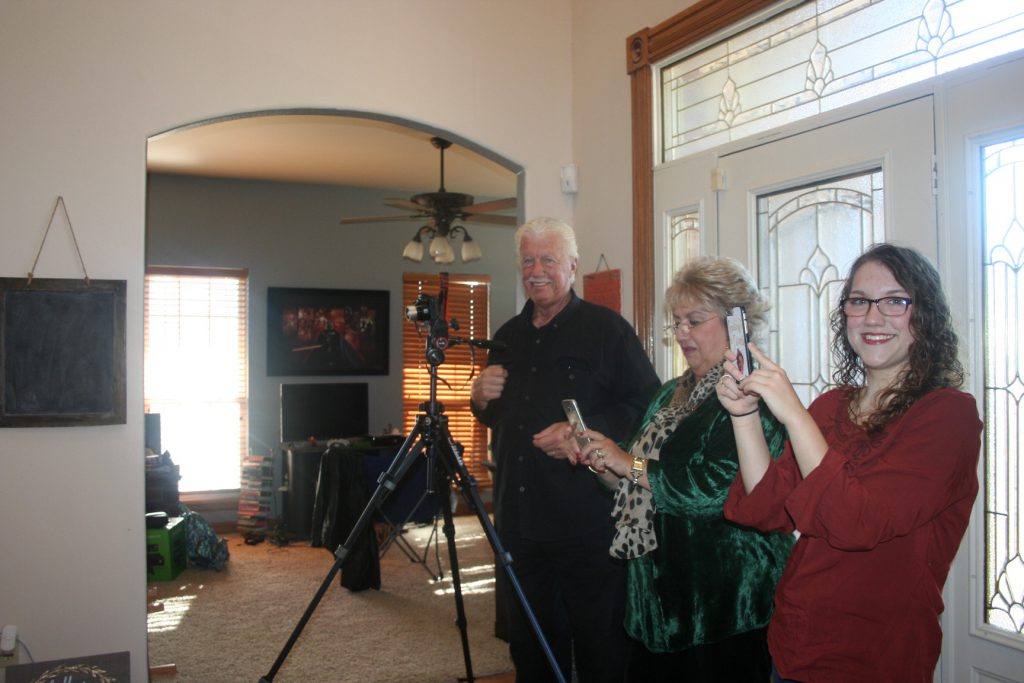 Dad sets up his camera on the tripod with a timer and jumps in the whole group photo. Then just grands and then each family and then Dad, Mom, my siblings, and me. Sondra and her family live in Missouri and couldn’t make it this year. I don’t remember what cracked us up but . . . 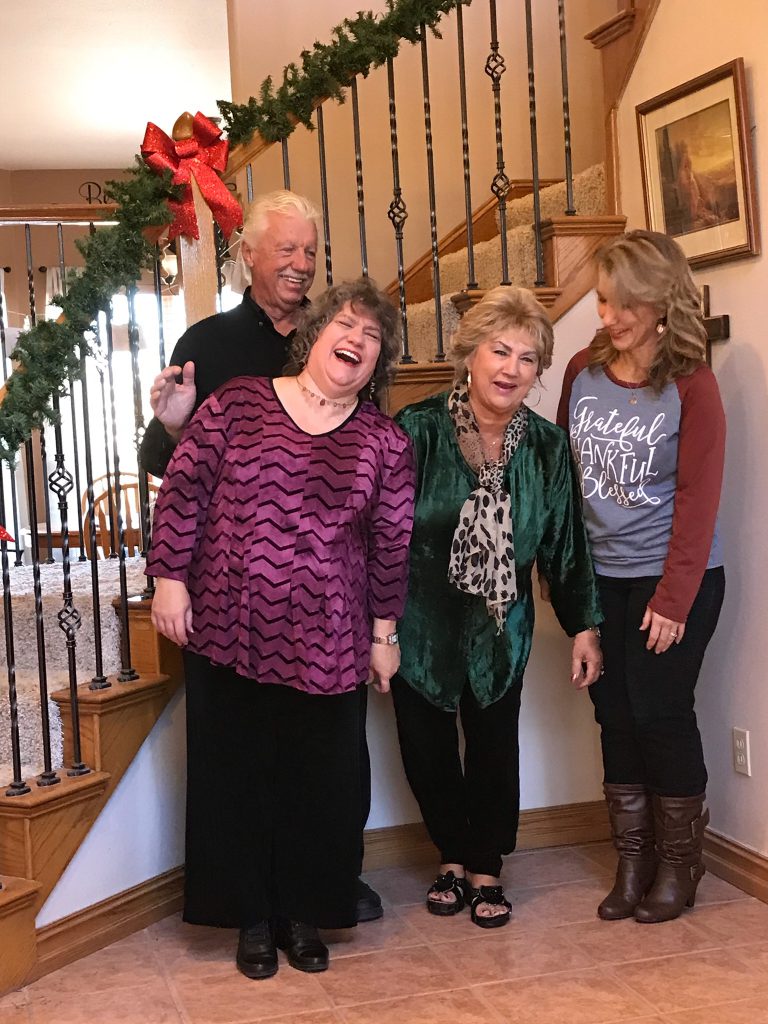 Michael always likes to be silly. Here was his “take one more” shot. 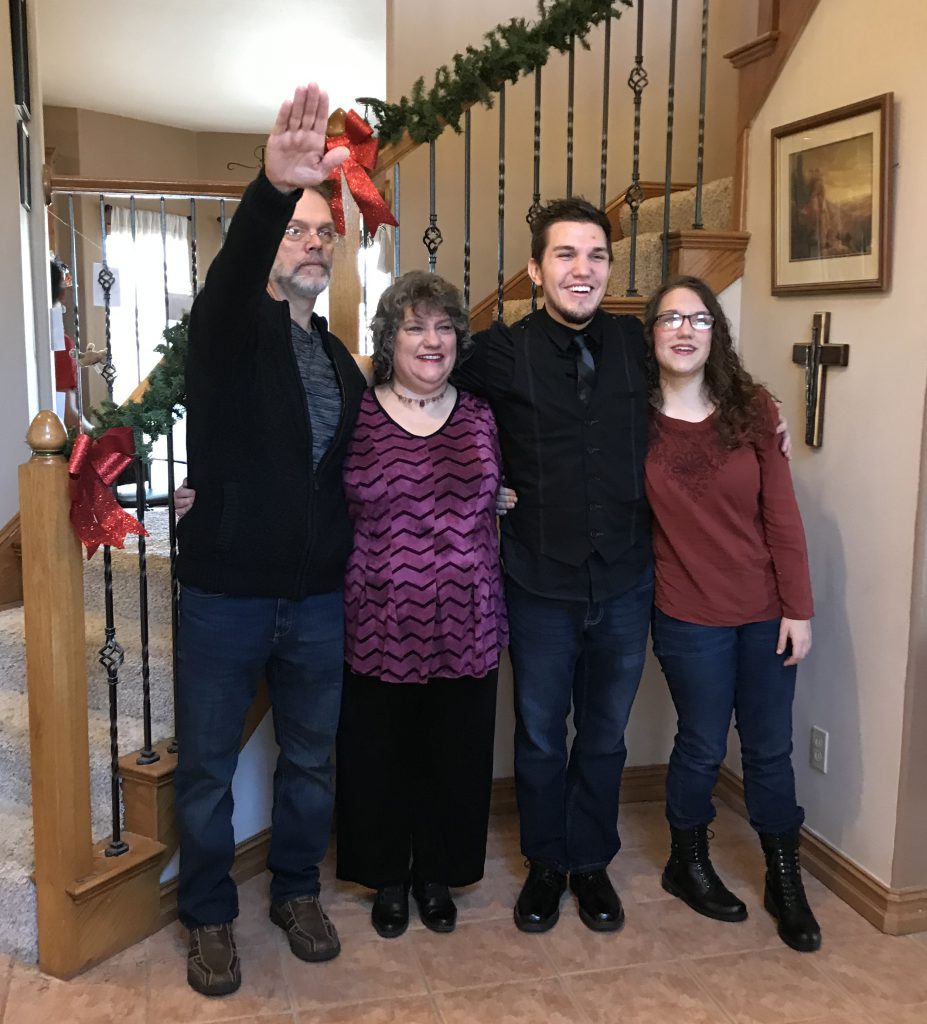 Here are a few candid shot I managed to remember to take.

This one was after dinner. Liam was so tired so Tracie walked him in the stroller up and down the driveway. Success: he fell asleep for a while. But that is not why I took this shot. 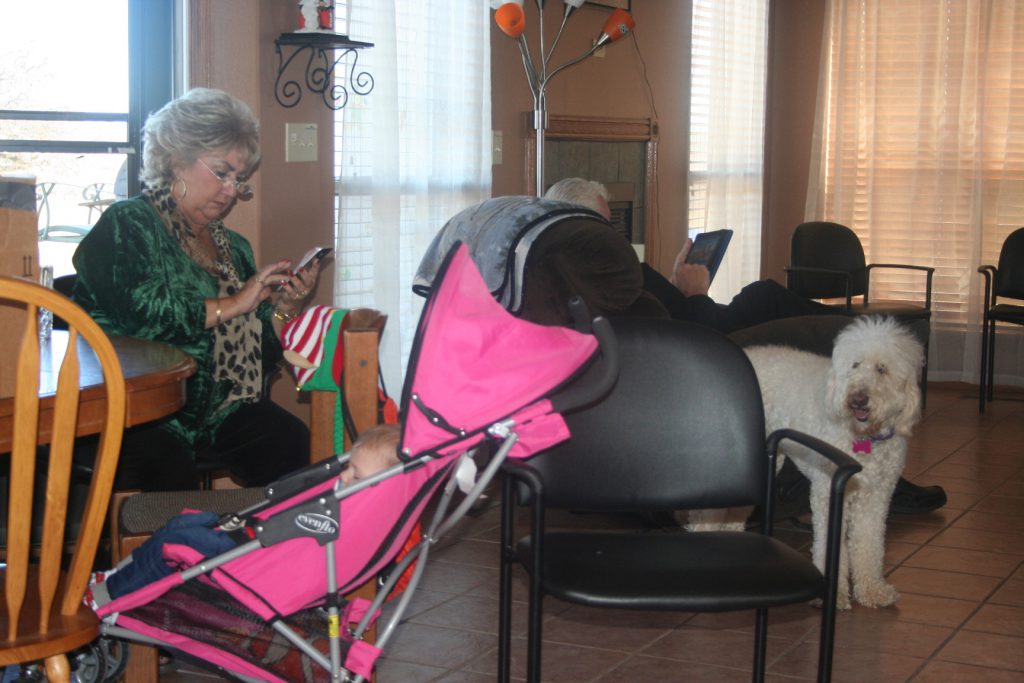 It is usually the other way around, kids on electronics and parents at the counter talking.

Tracie, Lauren, and I were in the kitchen talking at the time that picture was taken. Mom on her phone and Dad on his tablet.

Mom likes her card games. She and the grands played Play Nine. 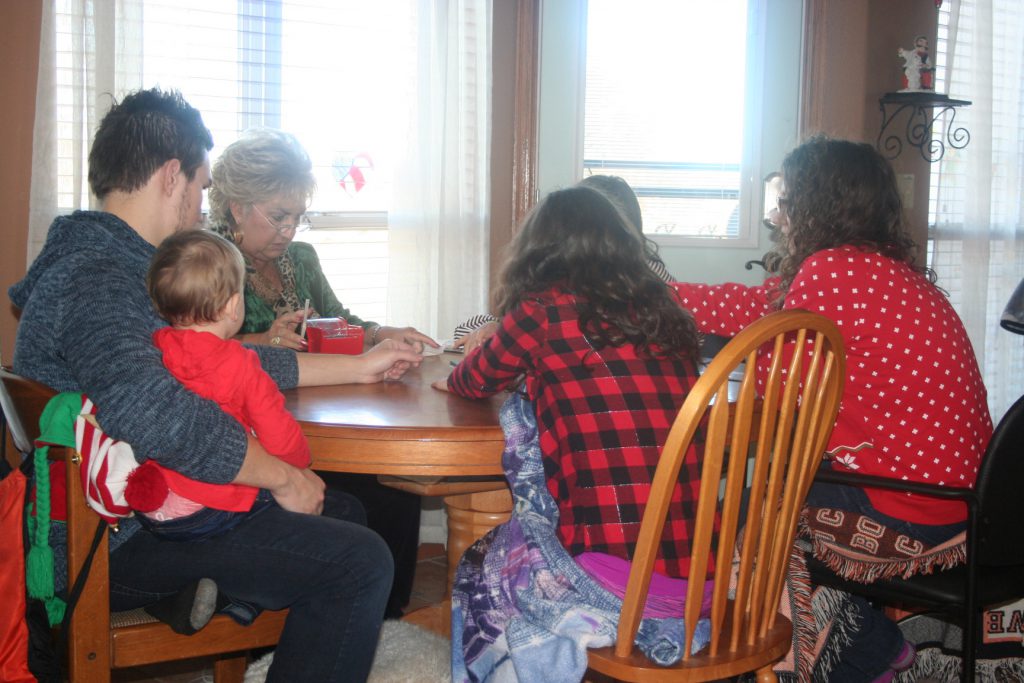 Of course, there was electronic gaming in the game room, which is conveniently open to the living room. 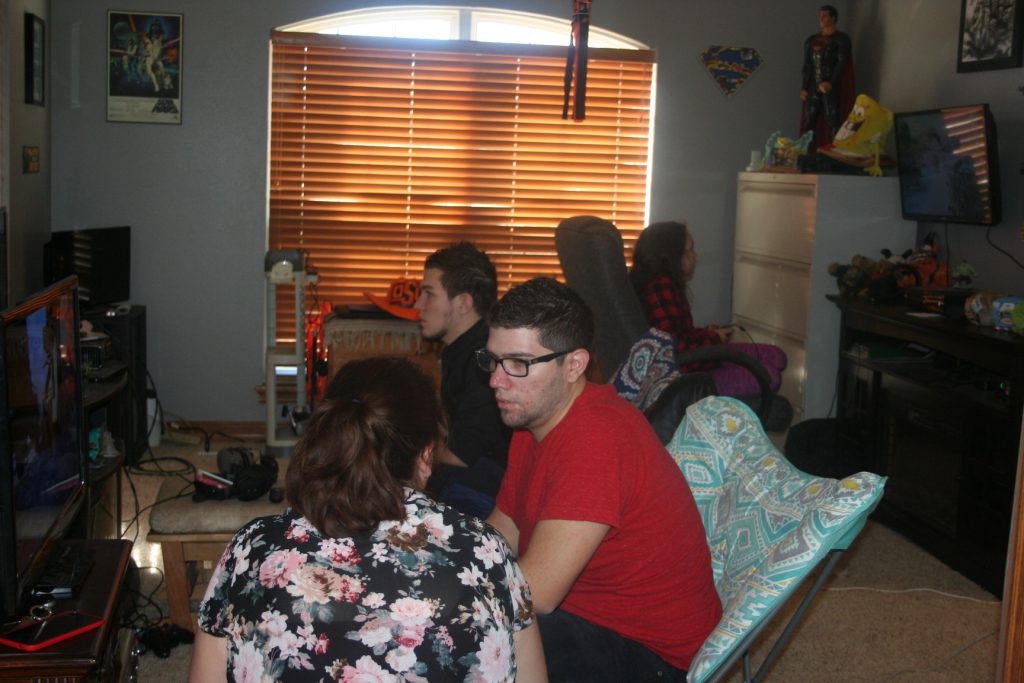 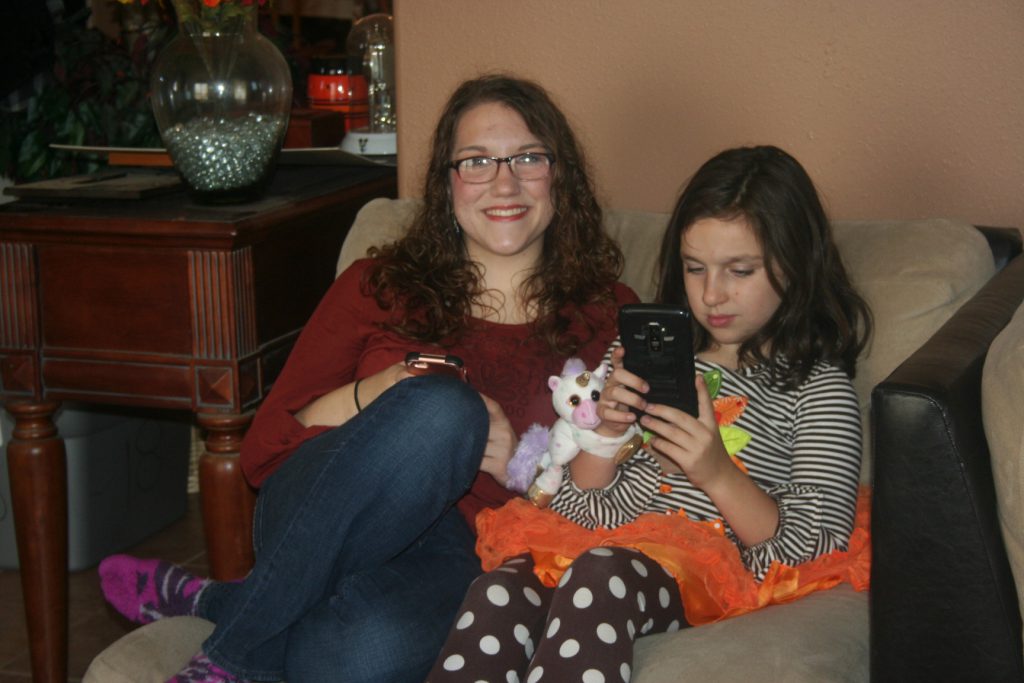 It was a good day. Much thanks to Mike, Tracie, and their girls for all they did to make it happen.

I hope I don’t have to wait too long to see these lovies again. 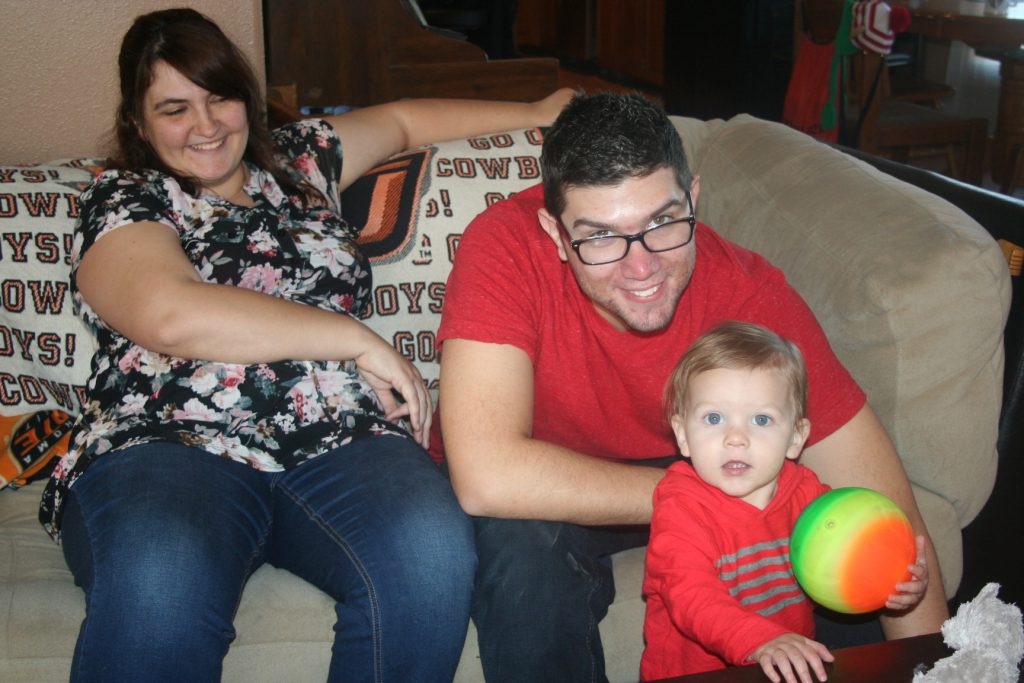 This is getting a bit wordy, so I’ll share the food I made on Tuesday.

I hope you have a wonderful weekend! I know I will.