One evening this week, Sean and Tiffany were in the other room leaving just Mike and I in the living room. It was rather quiet; I can’t remember if we had the tv on or not but it was quiet. All of a sudden we heard a kerplunk thud out the front door. Mike waited a few seconds and then his curiosity got the better of him. He looked out the door window and then opened the front door and came back in really angry.

Turns out one of the remaining kittens from the last litter was lying on the porch with a slit in its stomach and . . . well, let’s just say, it was no longer living. We still don’t know what happened exactly. Mike didn’t see any paw prints, so we can only guess it must’ve been an owl. Mike has done some research since but I still think owl whereas he thinks it could’ve been a tom cat, eve though he saw no evidence of a tom cat.

Tiffany and I did NOT check it out. It is hard enough to know that animals die, but it is even harder to see their battered bodies. Sean and Mike were our heroes and quickly went out and buried it . . . we do NOT need to attract any other critters. (We’ve been told, for years, that there was a momma bear and her cubs that lived out here. This would mean that by now the cubs are grown, so who knows what is out there. We’ve also been told there’s a timber wolf and cougar out here. Oh and definitely coyotes!)

So currently we have the matriarch – Sandy, no cats from her first litter, as they all went on a journey, individually last winter. We have one cat left from her second litter which we named the zombie cats because she gave birth to them away from us and most of them never warmed up to us – KitKat, who has finally warmed up to us. We have one kitten left from the third litter – Latte – oddly the male kittens disappeared. And now from this last litter, we have only one female left, as far as we know.

I know this may sound hard but we live in the country and need cats to rid us of mice. We provide them a shelter and some food but not enough to make them lazy so that they don’t do their job. Mike frequently threatens to get the cats ‘fixed’ but then that would mean at some point we may have to go find another outside cat and people tend to shy away from giving you a farm cat. 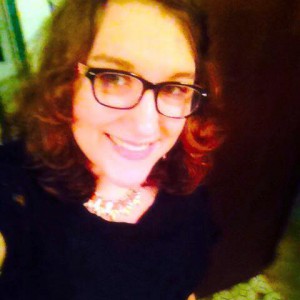 Tiffany had a dentist appointment this week. She was very nervous about it because she’s only been twice in her entire life and they were not good experiences. She’s been having some sensitivity on her lower back teeth and we were concerned. I didn’t realize that she had first complained of this four years ago, when she and Mike were told that the pain she was feeling was probably coming from her wisdom tooth trying to come in.

Well, as it turned out, there were a couple of small cavities back there but so small they couldn’t be causing the problem. In the years since, they have gotten a bit bigger and need to be tended to . . . an appointment was made.  BUT Dr. Reid gave Tiffany a couple of great compliments. He said that she really takes care of her teeth and he is amazed that she has never had an official cleaning. He also said she has a pretty smile.

She has done some oil pulling over the last couple of years, sometimes more often and sometimes not so much. She generally brushes her teeth at least once a day and flosses occasionally. She and I have a tendency to ‘mess with’ our teeth a lot . . . I don’t know how to explain this but it is something that happens subconsciously . . . moving the tongue around the gums and teeth . . . making sure there’s nothing stuck in or between the teeth . . . and such. I guess it all paid off since Dr. Reid gave her a high five for how well she has taken care of her teeth.

Well, I have really rambled on in this edition of Finally Friday. I hope you have a wonderful weekend!