The Diva’s challenge this week is to do a tile with a theme for Earth Day, which her oldest son called Amanda because he didn’t feel Earth was a good enough name.

Luckily Square One: Purely Zentangle’s focus tangle is Lily Moon Luna’s new tangle Caracole, which looked really fun/easy to draw as well as resembles either a flower or the sun.

The tangle of the day yesterday was OO-Africa by Ina Sonnenmoser and I think it resembles clouds. It too is relatively easy to draw. The only problem I had was that I wanted to draw both tangles larger than the space I had available. I could have drawn them a bit smaller but opted against it. 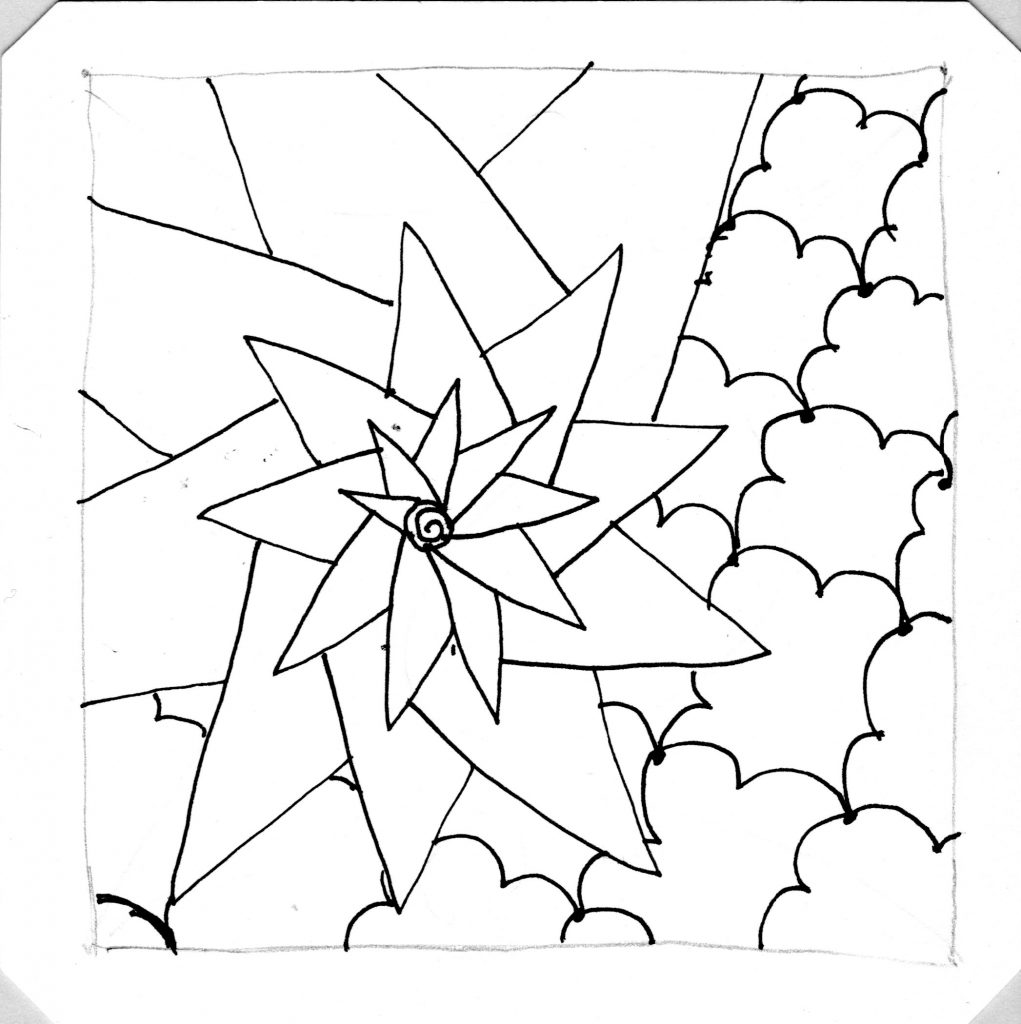 I do feel I could have made OO-Africa a bit smaller. It is an alternating grid pattern but I realized that by putting the dots down diagonally, it was easier to keep track of them because then they can just be laid down in rows. 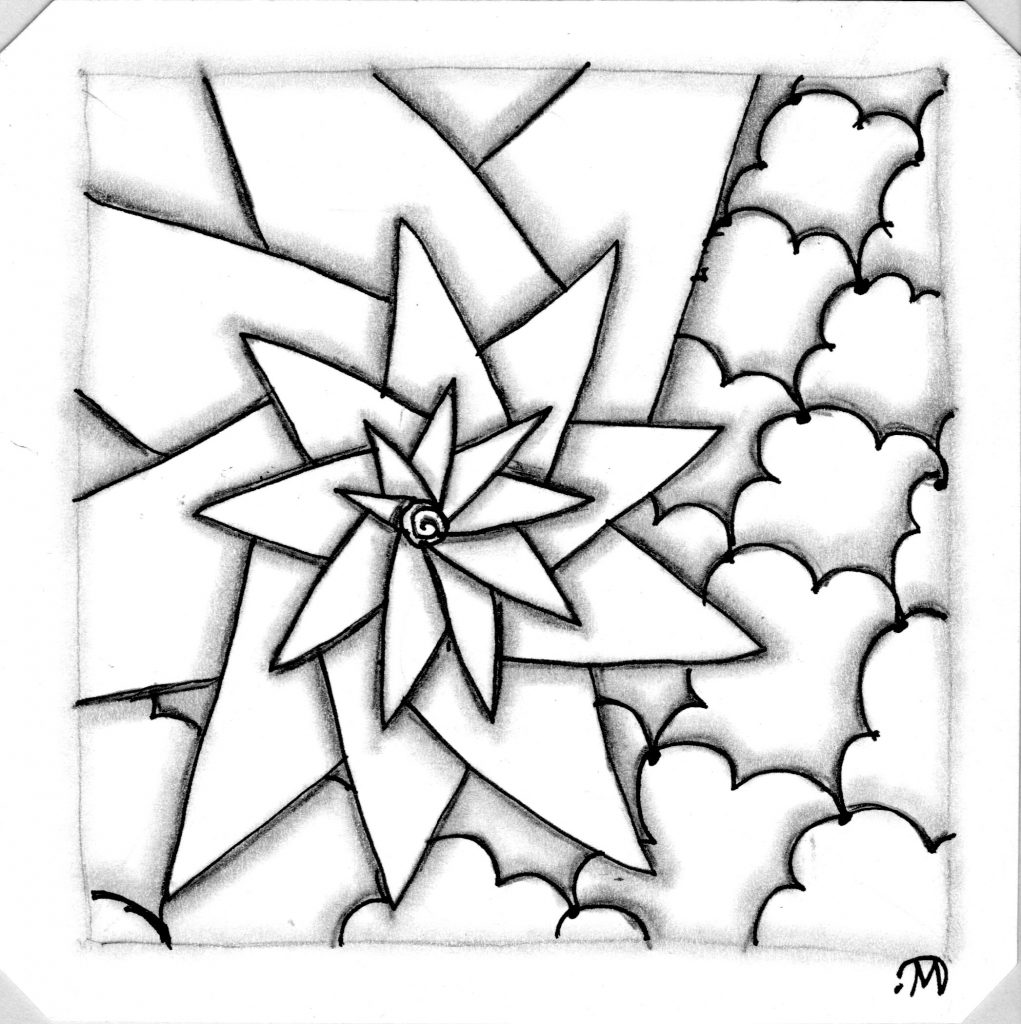 As usual, now that I see it this large I realize I probably should have given it another round of shading but I didn’t.

Here it is a bit smaller, so you don’t see the imperfections as well. 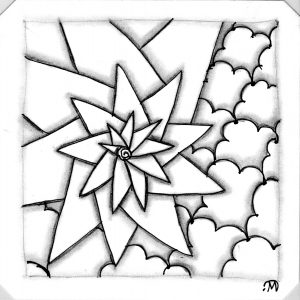 I guess I was afraid of muddying it with too much graphite but now it looks more like a coloring book drawing. Maybe I’ll go back and add some more shading later today. Right now, I do not have the time to do that, so I’ll post a new picture if I managed to do it.

I appreciate you stopping by and really appreciate it if you’d leave me a comment, it’s always so encouraging.