Week 13 of the Zen-Untangled project consists of Braze, BB, Eke, Pinch, Y-Not, Glace and Impossible. I had to do the step-outs for five of the tangles. I had BB and Eke already but had never even heard Glace, Braze, and Impossible.

So, Impossible was not easy for me. I tried the step-out and it just didn’t work for me. So, I did what I do when a tangle stumps me, I searched for it. I found the Kitchen Table video where Rick shared how to do this tangle. Then I found this blogpost by Linda on Time for Tangling where she wrote about the process of this tangle but also a good way to make the grid to begin with.

We were asked to use three of the tangles in the tile this week. Blaze and Eke were easy picks. I chose y-not for the third one but struggled a bit with it because it was a bit difficult to follow behind the other sections.

I also forgot to take the a picture of the string before I started but I did get a picture near the beginning. 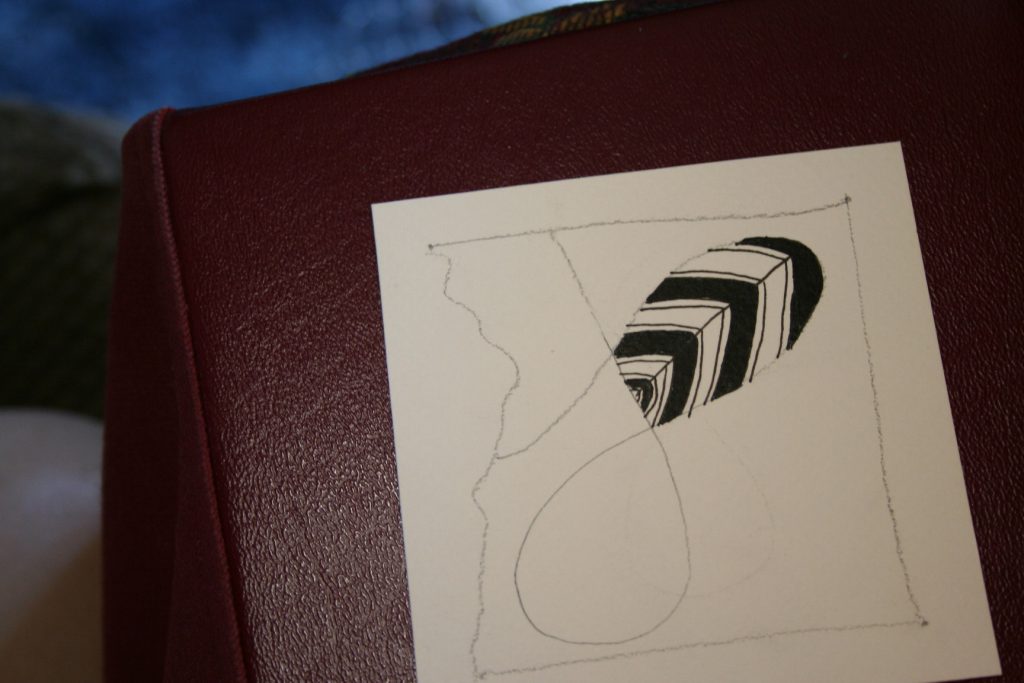 So then here is the tile before shading. 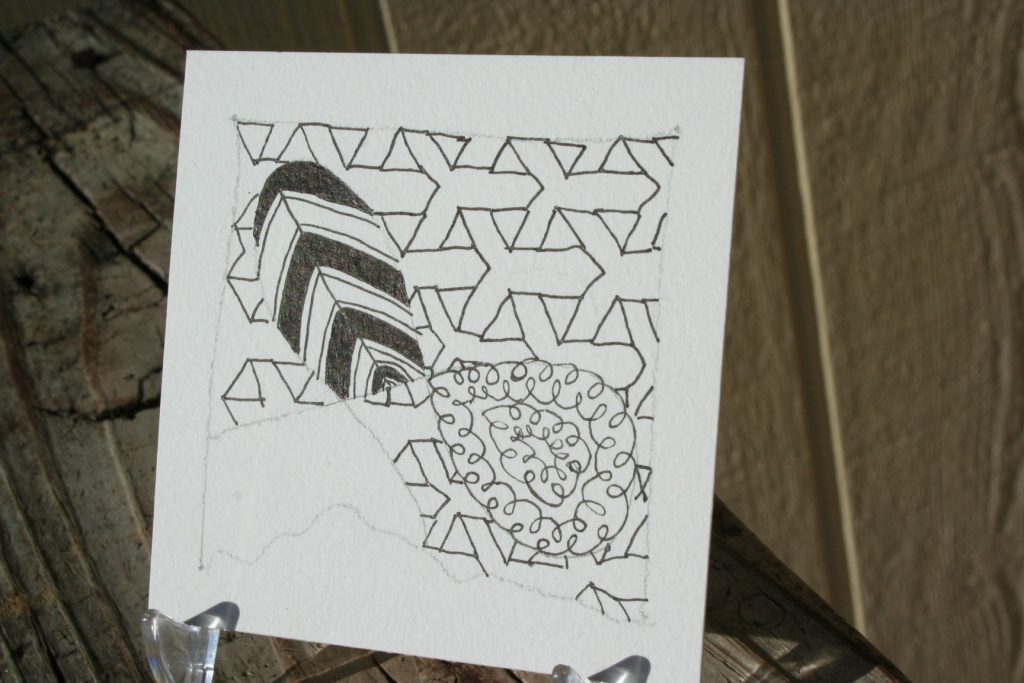 Here’s the scan of the tile before shading. 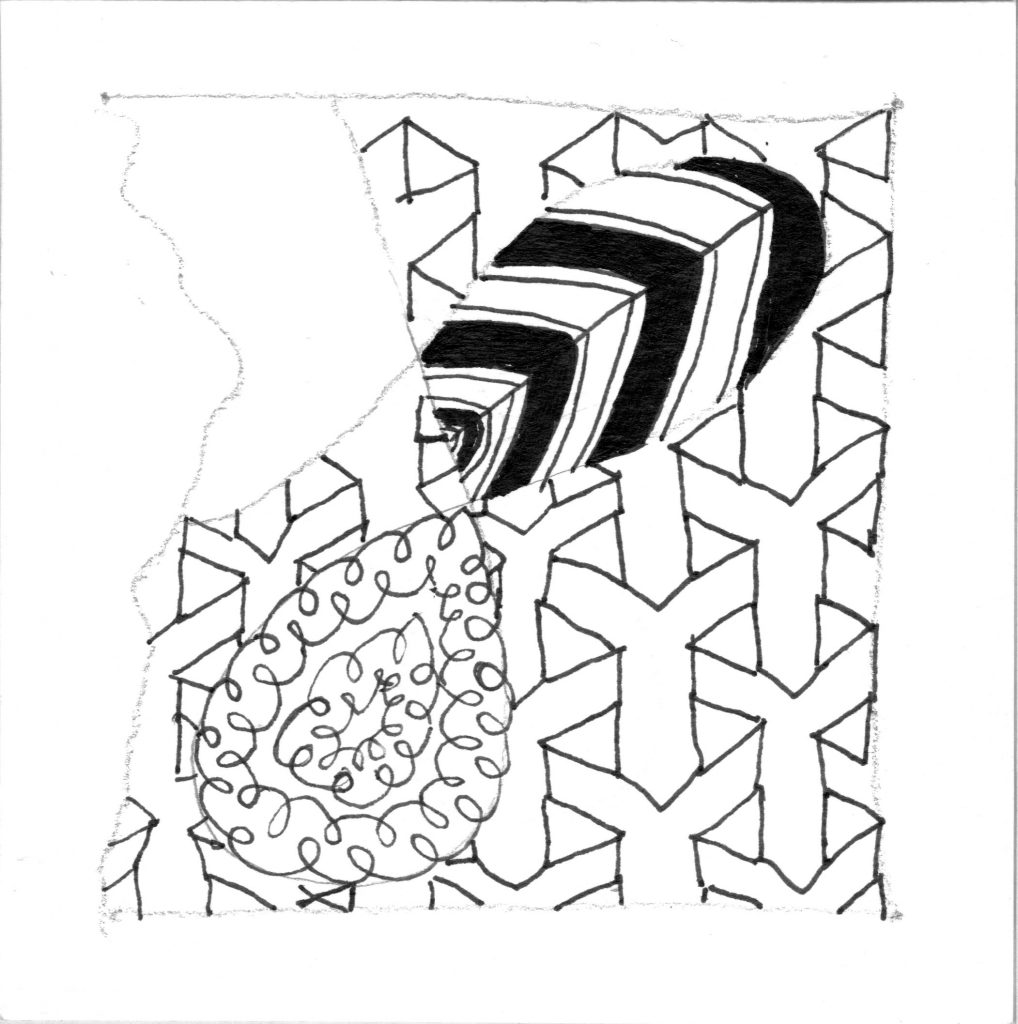 I’m very thankful for shading because my lineart is not that beautiful, especially under the harsh light of the scanner.

Here’s the finished tile. After taking pictures I think it could’ve used a bit more shading. 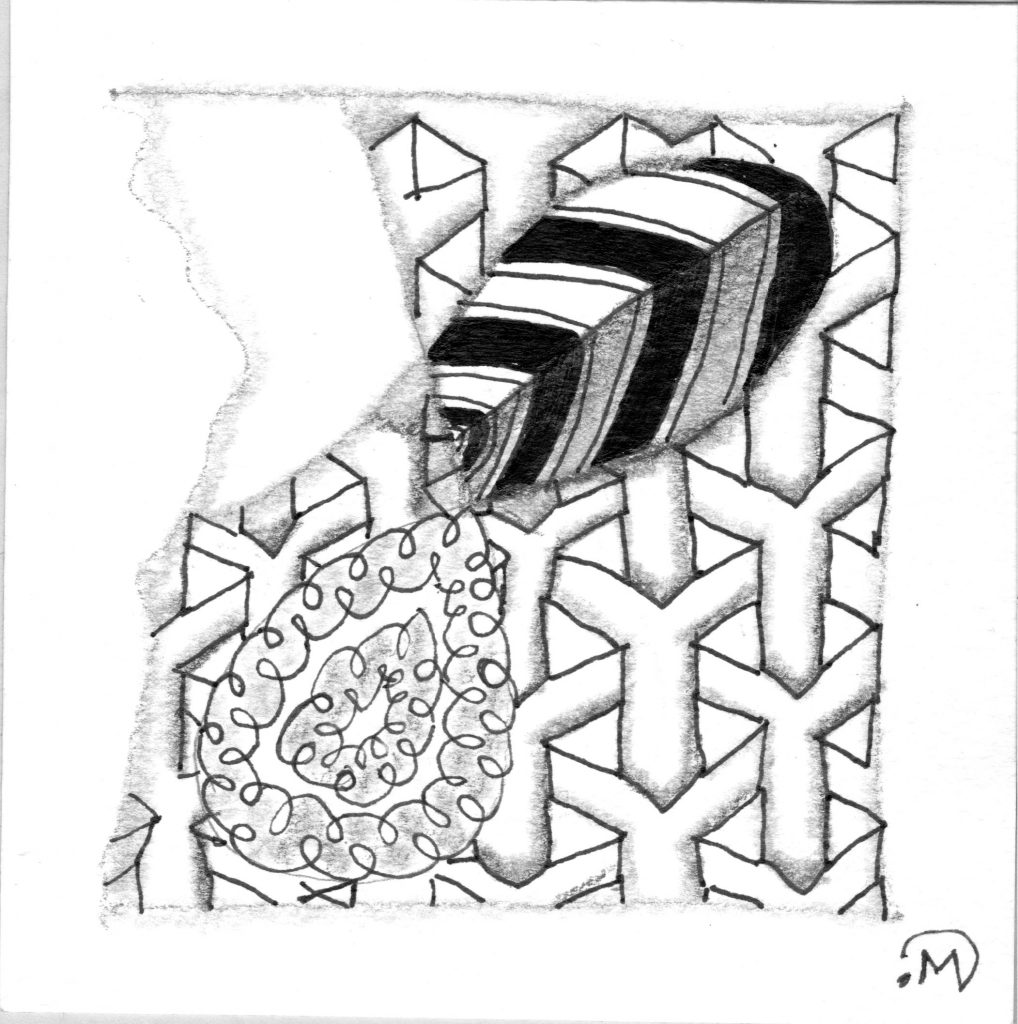 Here’s a picture I took of the tile outside in natural light. It’s so much softer than the scanned piece. 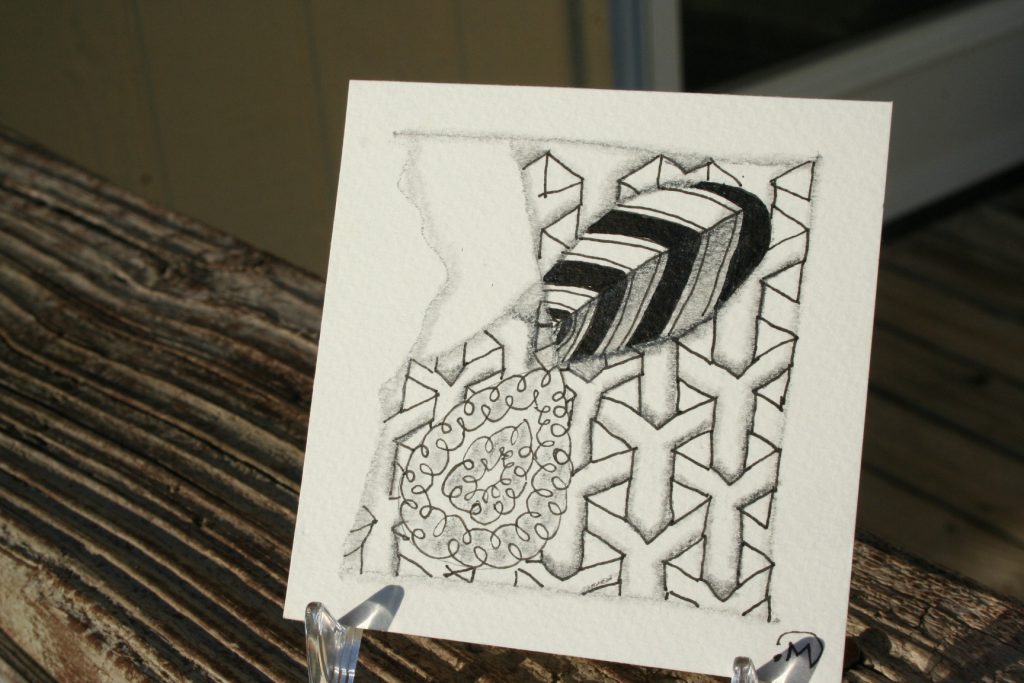 I’m always impressed with how the angle of the picture can really make a difference in how it looks. 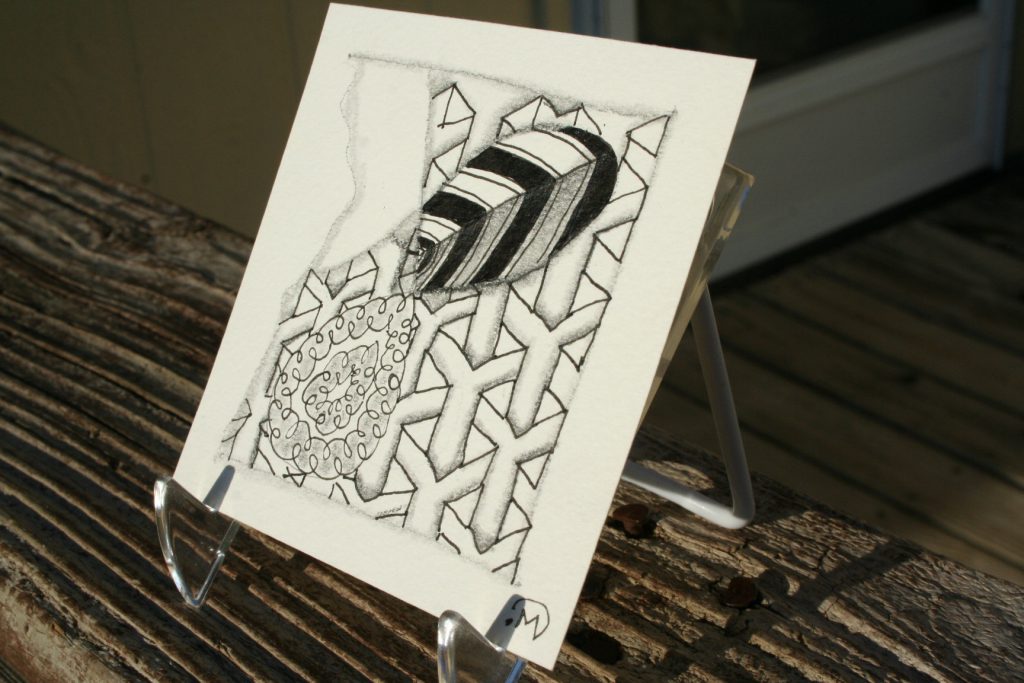 Well, on second thought, I guess it doesn’t make that much difference on this one.

Thanks for stopping by. I hope this encourages you to try your hand at some art.