This week’s diva challenge is to use two of Laura’s own tangles, each of which is named after her children . . . BooKee and Artoo. Evidently they had a difficult week with their health last week; I hope they get better very soon.

I do well with structure, fewer choices, so this was a good challenge for me. The only other choice was how to put it on the tile, so I decided that I would use a string from tanglepatterns.com. But which one? I was drawing this last night which was the 23rd and I added the 31 days of January and came up with the number 54. That is the string I chose.

You see, I liked what Laura did so much I didn’t trust myself not to copy it. Thus the string to help me. I decided to run BooKee along the string lines and then add some Artoo in the spaces. I started with the corner dots and lines, then the string.

The thing is though, that I didn’t like the border lines and dots after I drew it, so I attempted to erase them. I didn’t quite get it all erased, but like it much better. 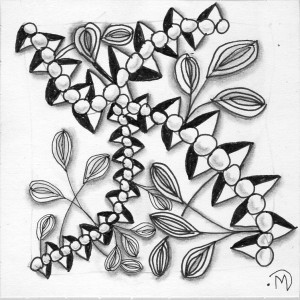 I think it looks better that smaller size because you cannot see my shading snafus.

But here it is in the normal larger version. 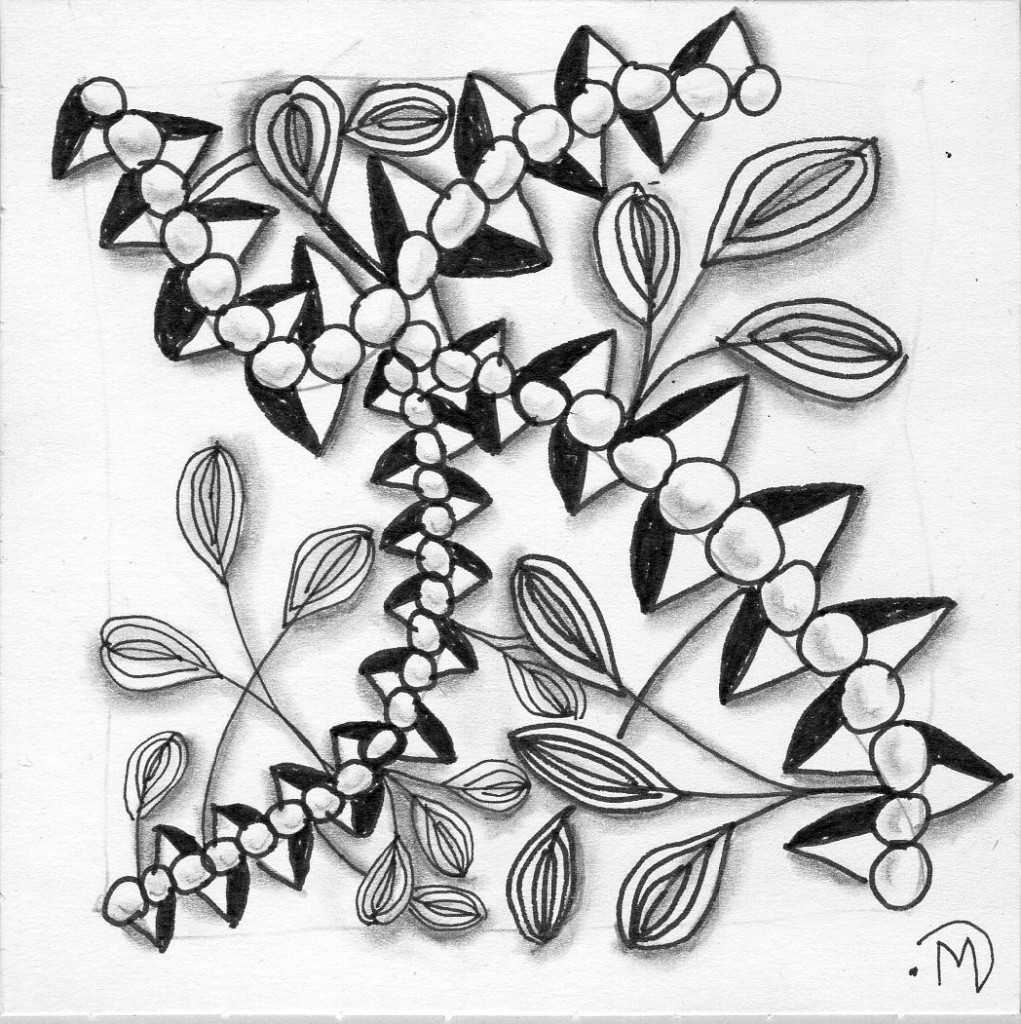 Thanks in advance for any comments you leave. Comments are such an encouragement! Have a great week.

5 thoughts on “BooKee and Artoo”