I was not feeling good yesterday! Some nasty bug going around, but I’ll talk more about that on Friday. I mention it today because it is why I have not yet done a tile for the Diva Challenge or any of my focuses but that does not mean that I have nothing to share today.

I had fun with the Shading Zentangle challenge last week and did a second tile and took a few pictures in progress. I’m not sure how I feel about it.  I did enjoy drawing Nia Kay by Erika Kehlet which can be found over on Pattern-collections.com. It’s a rather high focus pattern though but fun. I like the outcome, especially if the center is blackened in rather than how I did it here coloring half blue and the other half green but it’s okay here.

I added some of Eni called Arc Flower and some Joki without the printemps spiral at the base. I just really played around with different strokes rather than any real patterns other than Nia Kay.

OH! I got some Bristol vellum paper for Christmas. I cut a sheet into 3.5″x3.5″squares and used one for this. It was really easy to spread the ink color around on this paper! So if any of you struggled last week, I really recommend that paper.

So, here is the line art. I just took the first two with my phone’s camera, as I didn’t feel like getting up and down taking scans. 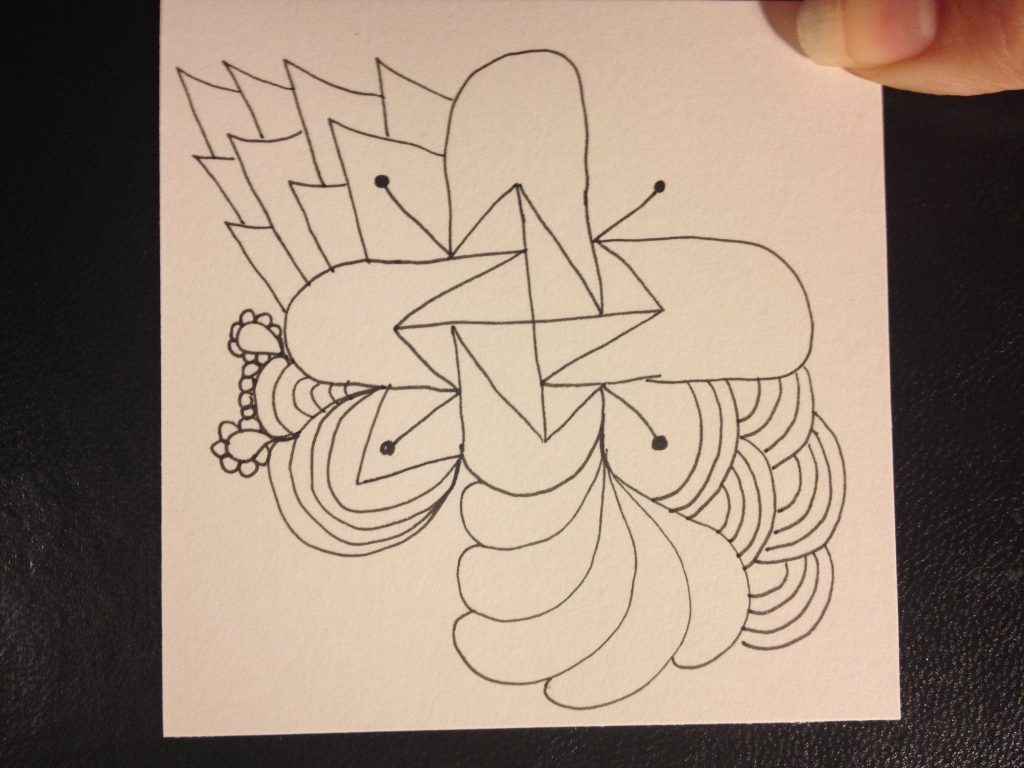 I kept turning the tile as I drew it. 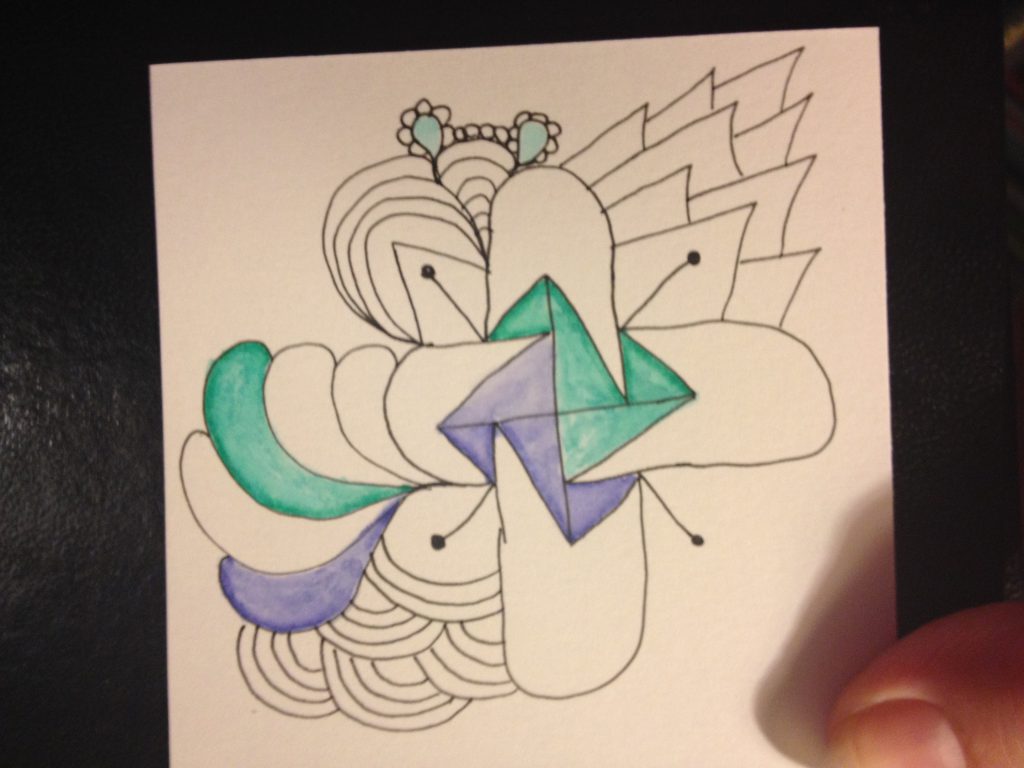 I forgot to take any more pictures until I was done coloring it. 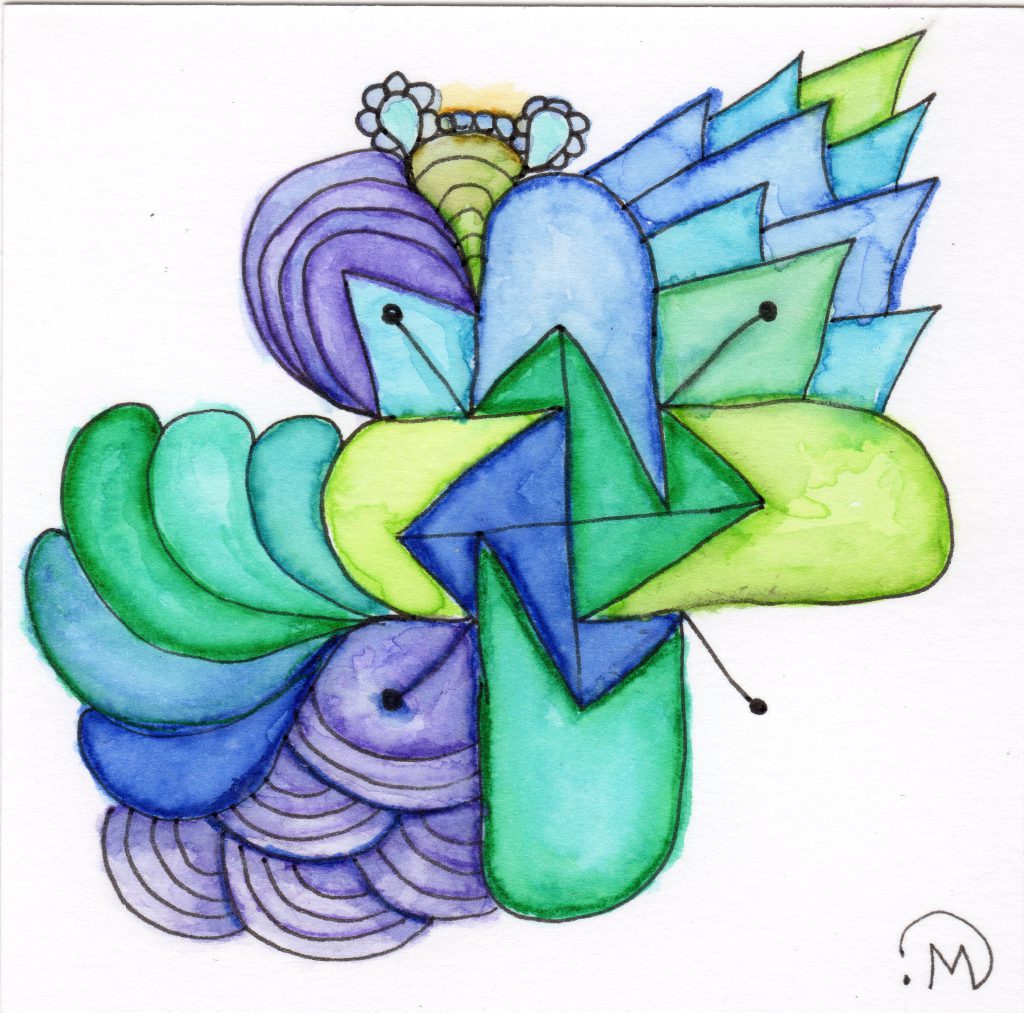 Odd how the purple looks redder in real life. Oh well! I had this on the scanner, thinking I was finished and remembered that I needed to add the white bits. 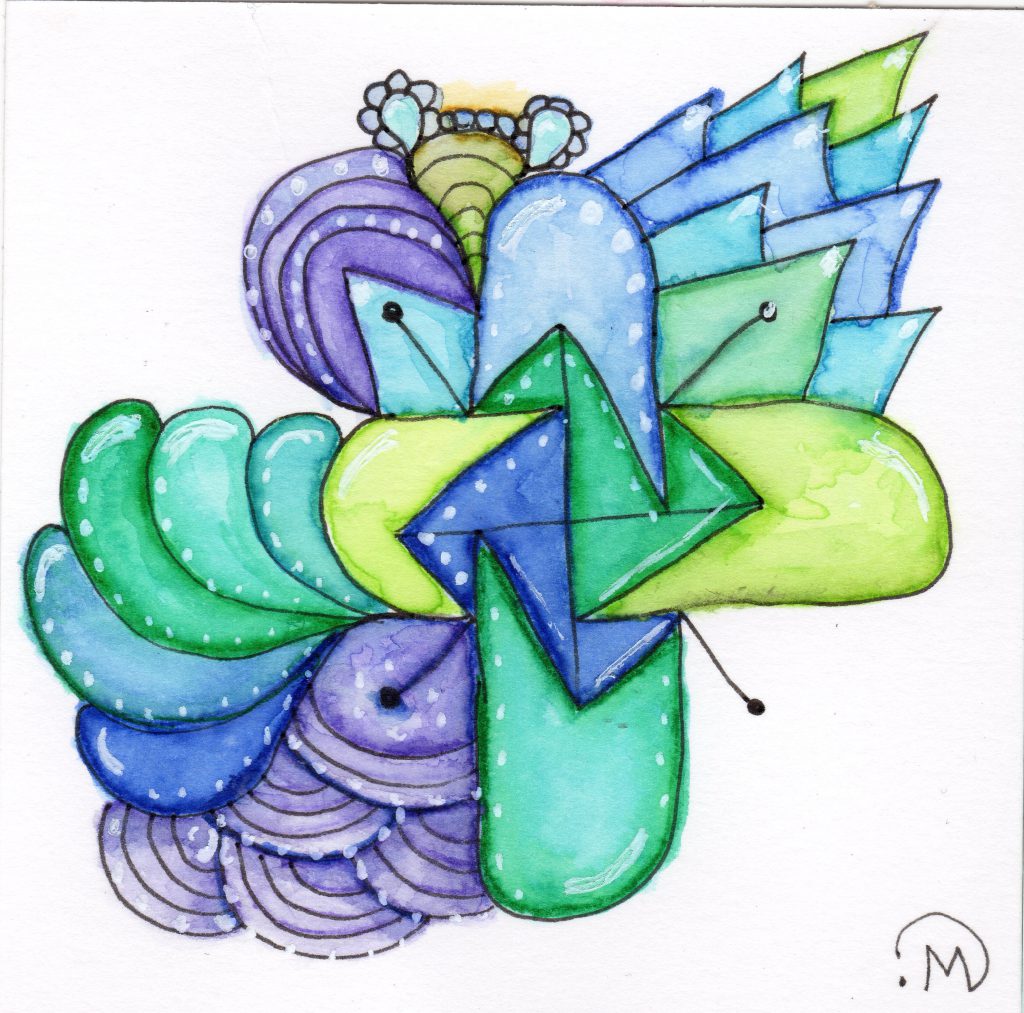 I’m hoping that I will be up to doing a tile for the Diva Challenge and Square One: Purely Zentangle focus later today.

Yay, I managed to do the Diva Challenge and the Square One: Purely Zentangle and Shading Zentangle focus!

However I forgot to take a scan before shading it.

I wanted Hammadox overlapping Neuron. Hammadox reminds me of Showgirl but it was easier to draw right off than when I first attempted Showgirl. However, it is possible that it was easier because I had done Showgirl.

Neuron seems like it should be easy but I have difficulty with random, so I struggled a bit with it. I was going for a net-like structure under and below Hammadox but it grew into something else. At first I had minimal shading on it and thought I was done and then I saw a couple of lines that could be shaded, so I shaded those. And one line led to another and I had added some shading to most of them. 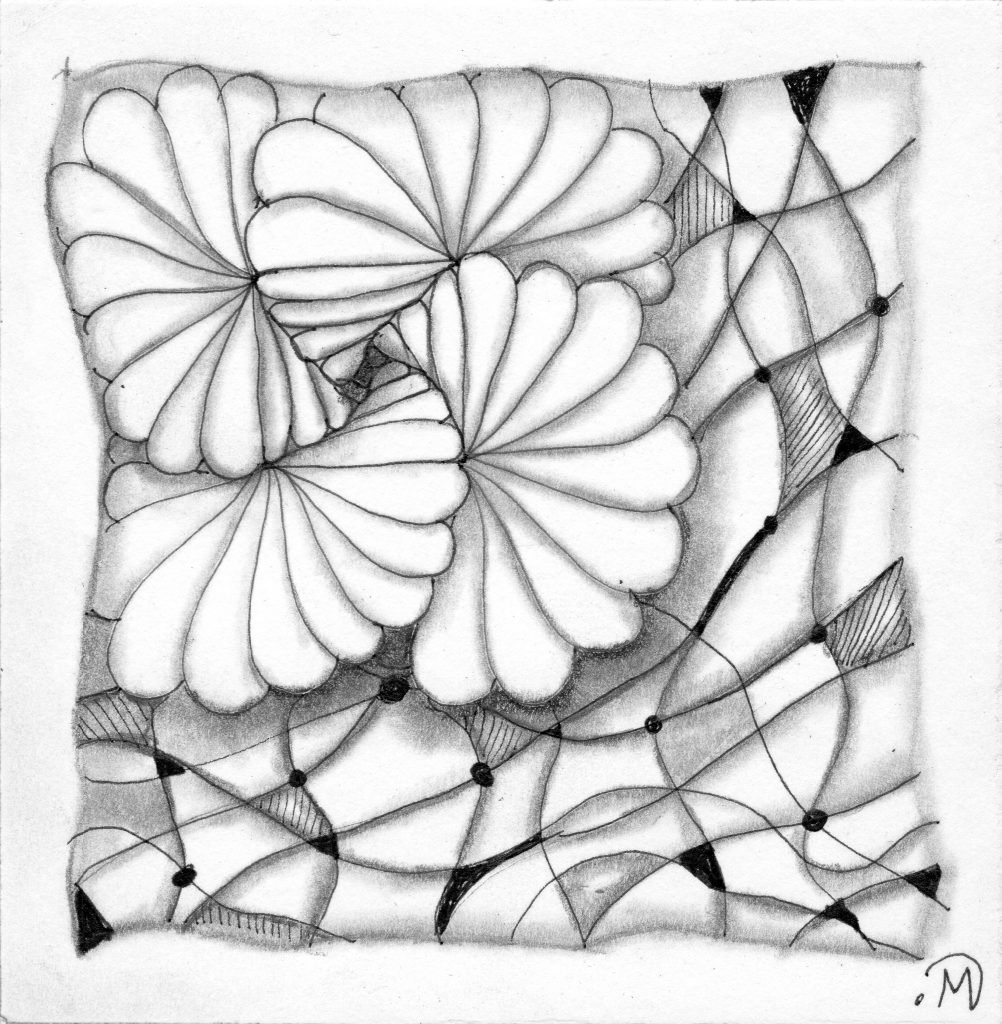 I did this tile on the Bristol Vellum but I have to admit that I did not like shading on it. I’ve learned to shade on other mixed media tiles and I prefer it. I guess every paper has its purpose.

Thanks for all the sweet comments last week! Y’all are sooo encouraging!

9 thoughts on “Another Watercolor Tile”