It has been a great week!!! As I have mentioned several times, last Saturday Mike and I celebrated our 28th wedding anniversary. Saturday afternoon we went to Santa Fe for a late lunch/early dinner. I had their rib eye steak and it was absolutely delicious! Mike got chicken tenders (you may remember that he is allergic to both beef and pork) and he said they were great as well. We were also blessed to have received a $10 off certificate back on Mother’s Day when we ate there and used it on this occasion. We really enjoyed it. I highly recommend eating there.

We are still trying to figure out how Sundays are going to look, as time goes on. We used to go to my parents’ home every Sunday afternoon but in the last several years we have been going over less and less . . . things change. This week since we were coming home right after church, we decided to come home and eat something small and then have dinner a few hours later. I am very hungry by the time we get home from church, having left around 7:30 and not getting home until at least 12:30.The only thing I have prior to lunch is a piece of fruit or such . . . thus the hunger.

This plan worked well this week, so we’ll see what we do next time. 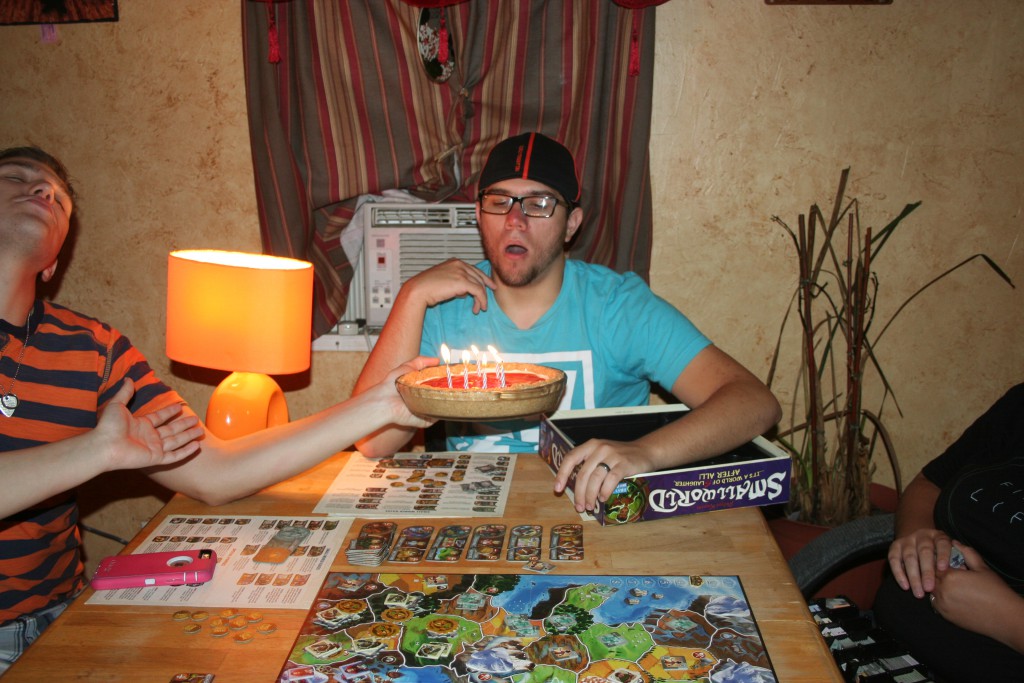 I snapped this picture at the end of us singing happy birthday to Brian and as you can see, Sean was being quite silly. (And for any that remember back in the spring when some friends of mine gave me this lovely orchid, I have nearly killed it . . . but yet there is some life in there somewhere still.

Once again, we were playing SmallWorld. It is only a 5-player game and Sean was home this time, so Lauren chose to be banker and let the rest of us play. The game they played before this was Boss and is only a 4-player game; Mike and I sat out on that one. 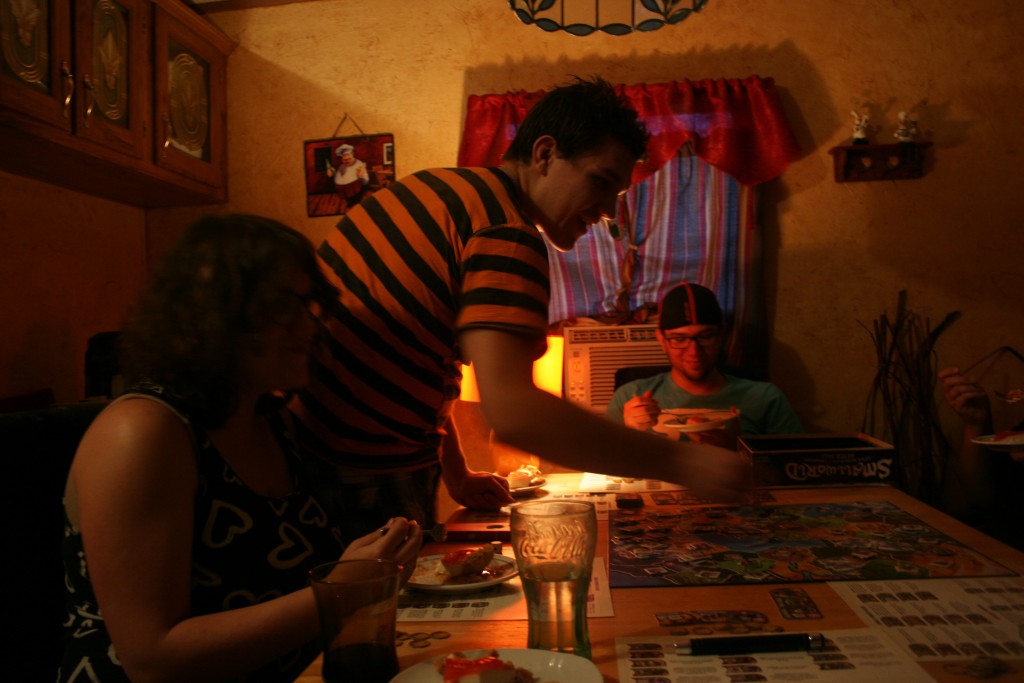 Last night, Sean had practice for leading worship one night during the upcoming Young Adult Conference next week. Tiffany is going to be running the projector that night, so she had to be there too. We drover her in and then Mike suggested we eat out somewhere. I was happily surprised when he suggested Ted’s Cafe Escondido.

We had the build your own meal which you can get with 1, 2, 3, or 4 items and we split it. They have so many complimentary items that you can get full on one shared meal. First they bring chips, queso, and salsa and then offer you homemade flour tortillas and very hot salsa. Did I mention they refill all these items as many times as you desire? Yes! Then  after your dinner there are complimentary sopapillas. Delicious!!!

Well, that’s it for today. I hope you have a great Independence Day!