I really appreciate those who stopped by last week and took the time to comment. Thank you so much for your kind words. It is always nice to get some feedback. I didn’t get my Diva Challenge tile up until very late in the week, so I’m very thankful for the views that I did get.

Oh my! I am not very pleased with this week’s Diva Challenge. I generally prefer my zentangles to be grayscale. Thus the ‘Green Up’ challenge was just that — a challenge for me.

I started by tangling the tile. I used lucky and sh’rock. My lucky was less than I desired but there are no mistakes in zentangle, so I kept plugging through. In an effort to make it something I liked more, I tried adding some smaller lucky behind the big one but it just got a bit messy.

Next I added the sh’rock but wasn’t pleased with that either. :\  I seemed to put the x’s in a repetitive way rather than random. Then it seemed more like flowers than shamrocks, so I auraed the ones in the upper left corner.

Then I used a green watercolor pencil, which I have only used once before when playing around with my nieces, around the border. I had hoped that It would end up being darker on the outside and go lighter toward the middle where I had lucky and shaded around it. I had hoped that the two shadings would come together lightly but alas, it didn’t happen. I must have colored the green on too darkly and thus had too much “paint”.

Then all the sh’rock was too dim, so I went over it to darken it and re-did the shading around the middle lucky.

Well, without further ado, here it is. 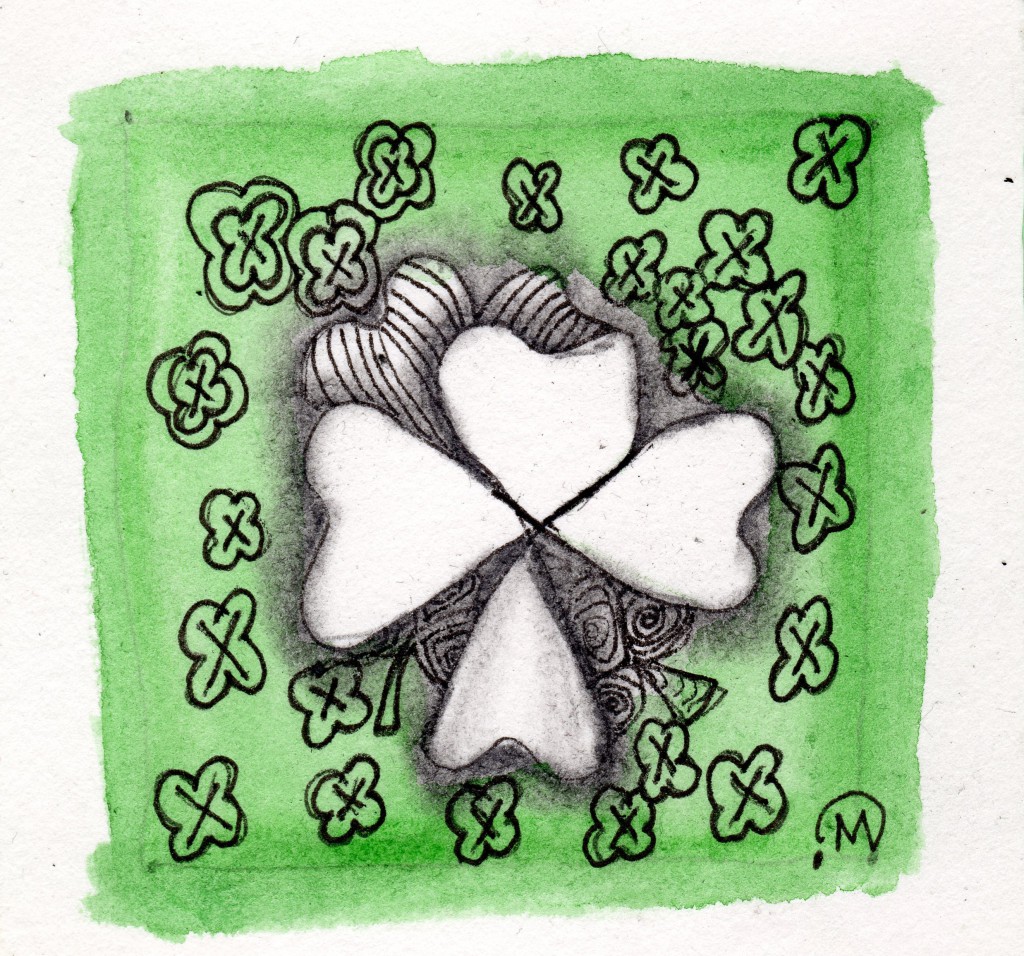 When I drew the main lucky the sides of my stem were too far apart so I made it a four leaf clover but the fourth leaf wasn’t wide enough, so I tried to make it look like it was a curled leaf. I’m not sure if I was successful or not.

The String Thing Challenge looks interesting this week and the focus tangle for the Square One facebook group is one I have not yet attempted, so maybe I’ll get more added to this post later in the week.

2 thoughts on “A Green Tile”