The Diva Challenge this week is to use tools you’ve never used before tangling. I have never used one of my gold scratch and sketch tiles before, so I thought I’d give it a whirl. It was actually easier to tangle the tile than it was to get a picture of it to put on here.

First I tried to scan it. That did not work at all and I have no idea why. In my way of thinking, the scanner is a light that scrolls across the tile slowly, so it  should be able to picture each bit better than any other method but alas, it only picked up a few gold dots in a couple of spots. I tried all different settings and adjustments I could find and not a one of them worked! Ugh!

Out came the camera. I knew I was going to have a lighting issue. I always have a flash or not flash issue when I take pictures. Then I have trouble being still enough as I take an unflashed picture to keep it from being blurry. Consequently, it is going to take several pictures to actually show the tile in its entirety.

This first one I took (without the flash?) under the light on a lamp stand. The tile is slightly curled from how it has been stored, which has been rectified and they are now laying flat. Thus the upper left corner is hard to see, as is the extreme bottom right corner. 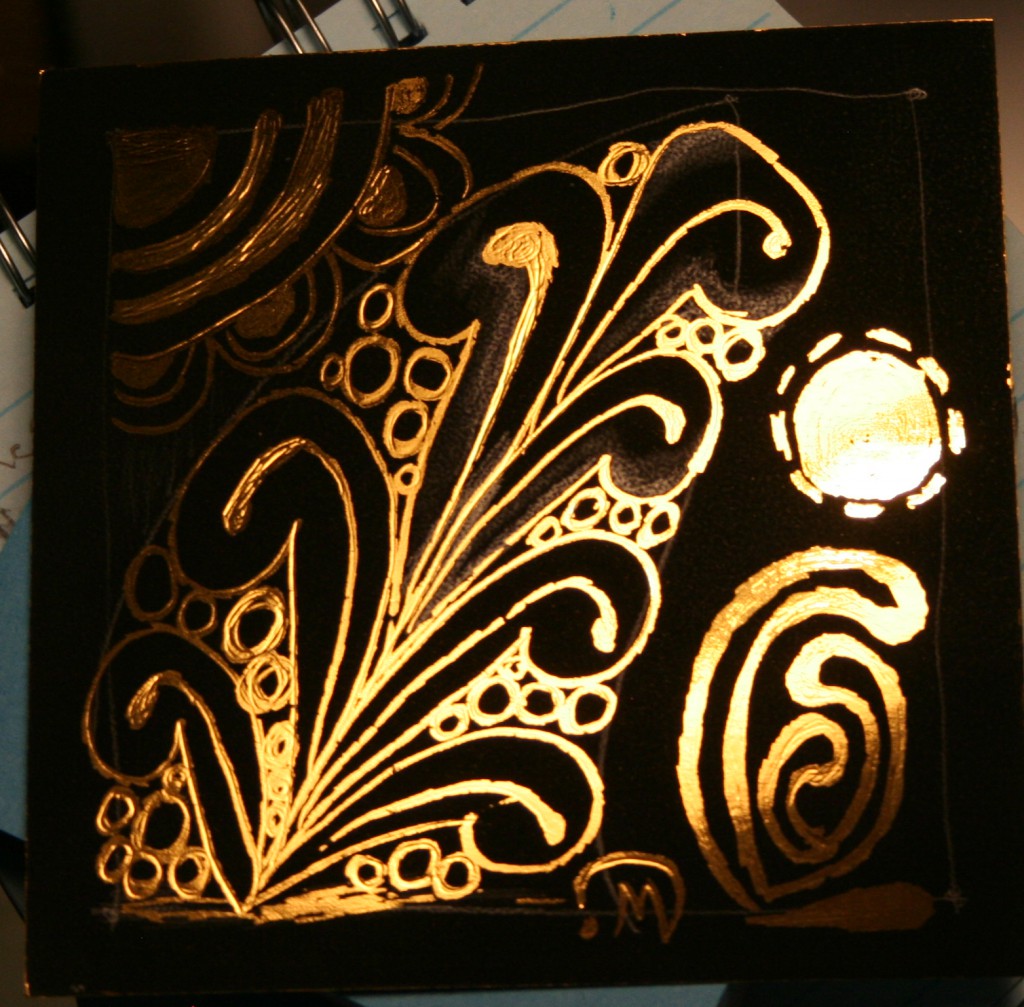 I know shading is really important in my tiles and so I tried to do a little bit with a few lighter lines scratched under flux and a shadow under mooka. But I figured it probably needed more so I thought I’d try using the pencil, knowing the lead would be a bit shiny on the flat black. I’m still not certain about the result though mostly I think I don’t like it. Here is a picture where it is very apparent. 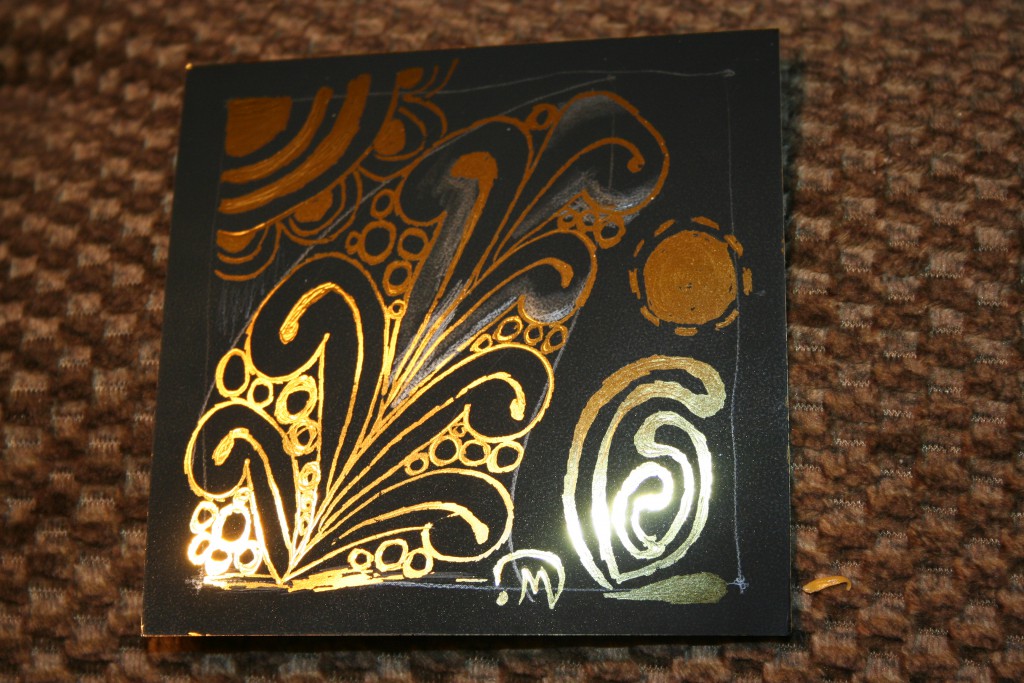 Then I realized I have a clear cube that will hold the tile flat. So I put it in there and took a few pictures. I’m pretty sure I used the flash because there is one spot that is reflecting pretty harshly in each one but you should be able to get the gist. Notice that the “shading” is not visible from this angle and lighting. :\ 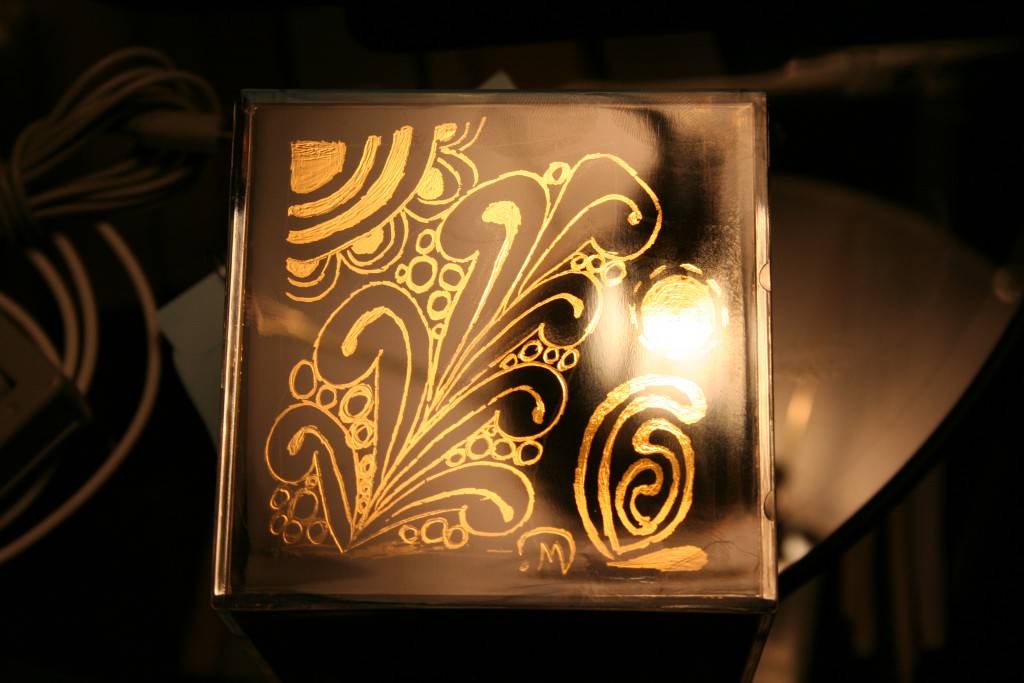 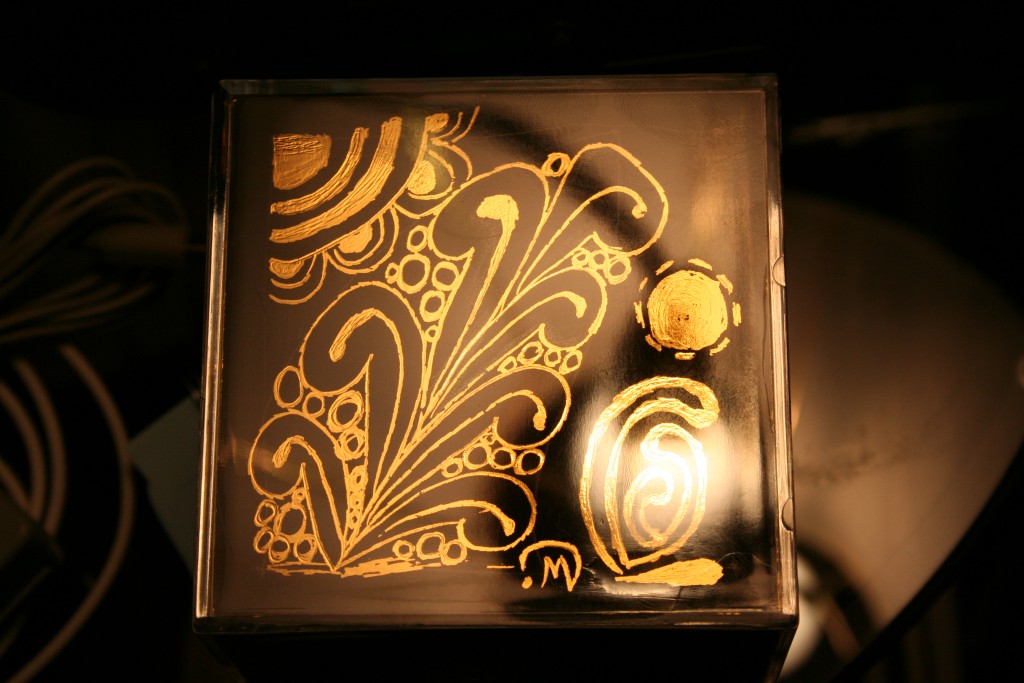 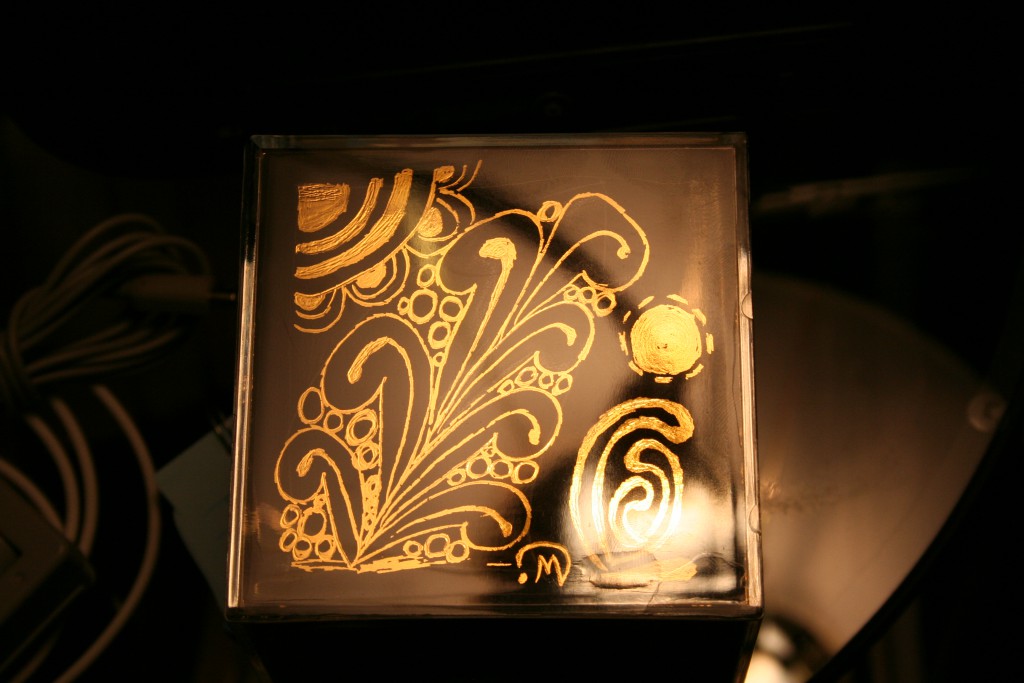 Scratching off the black is not smooth at all and thus not a very relaxing feel. I do like the shininess/bling of it though. 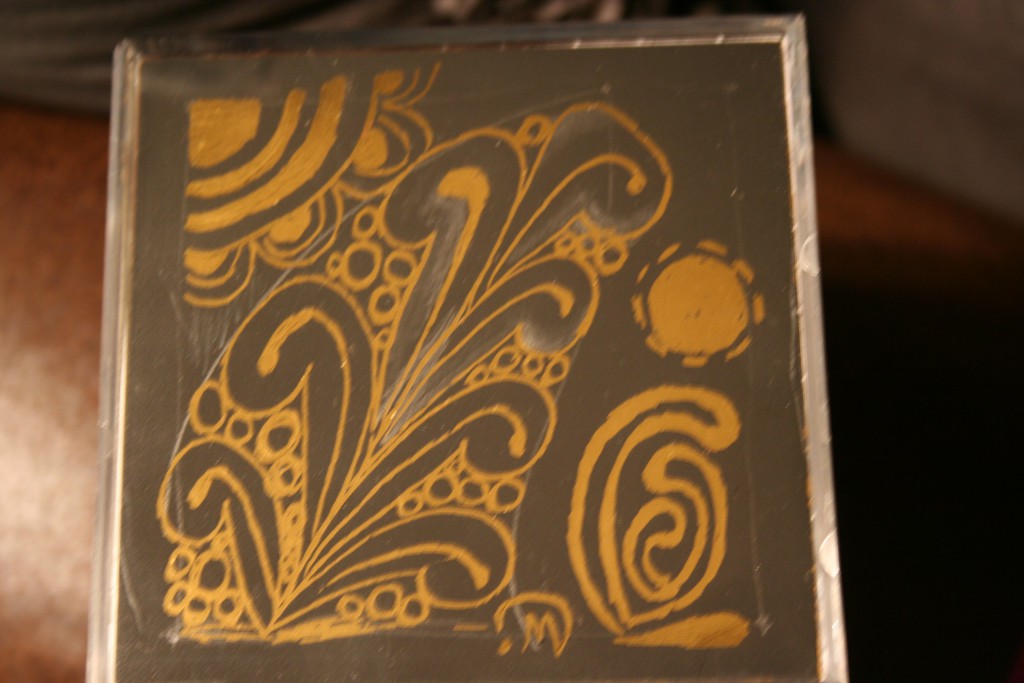 I drew my string and border in pencil as usual, so it does show up a little bit still. I’d love to hear your suggestions about what to shade this with. I guess I need to find some yellowish pencil or something for future tiles since I have 19 of these gold ones left.

I intend to participate in the It’s A String Thing Challenge this week too, so that is why this post is titled the way it is, as I will add that tile and it’s pictures and stuff here too (I think).

Except that this post is getting rather long now, so I’ll have to decide later.

I also want to say thank you for the sweet comments on last week’s entry. Suzanne, you are right, I am hard on myself. (I always strive to do better). I feel sorry for my family because I have been hard on them as well and I homeschooled my children all their school years.

I really appreciate ALL your comments! They are so encouraging! Please keep them coming.