It’s funny; when I looked at the tangles for this week in the Zen-Untangled project I thought I was going to have to do the step-outs for most of them. But then when I went to start tangling them, I realized I had all but one of them.

And I hadn’t even heard of it before.

Enyshou is that tangle. I struggled with it from the step-out. So, I did a search for it and found a couple of youtube videos featuring it. I really liked the look of it from their videos, especially the one by Melinda. Hers are quite pretty.

To say that I’m not friends with Enyshou yet, is an understatement.

But Melinda’s video gives me hope that I can actually make something pretty with it one day. Although I have to admit that I think it looks best upside down.

When I went to Pamela Newman’s Zentangle gathering at the library in Tulsa, she gave me a Bijou tile. Then I found a 2″ square punch that I requested for a gift and received.

But I still haven’t used it.

I really liked having a much smaller drawing surface for this one. With the string provided, I decided to go with some tangles I’m familiar with. I almost went with Knightsbridge because it is one I use frequently but I decided that the shape of the string lended itself to a basket like shape, so I went with Huggins for part the string. Hibred is another tangle I’ve used some and thought it would look nice on the side. Then I thought Festune looked like it could be an item in a goodie basket. But Festune and I are not very good friends, so it didn’t turn out as good as I had hoped.

Here is my bijou tile  before shading. 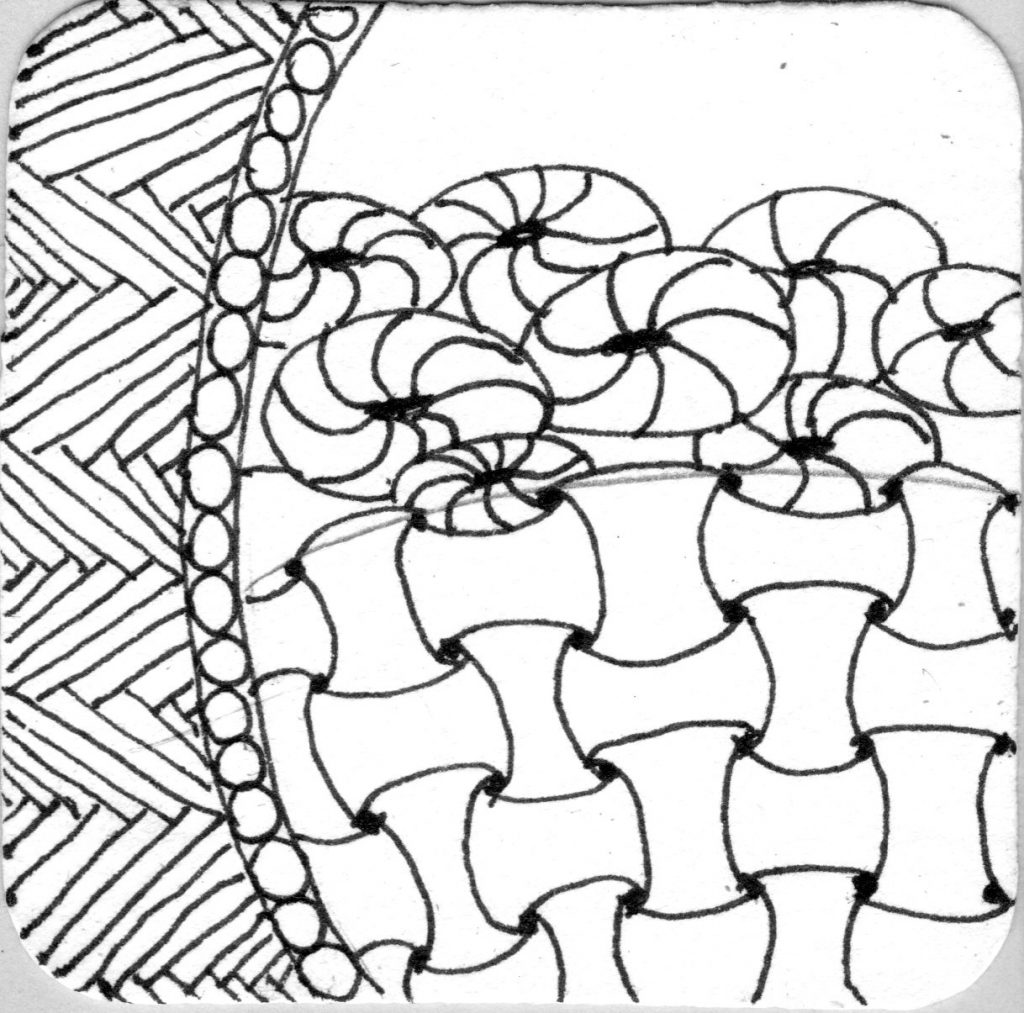 Here is the picture I took of it before shading and in natural light. 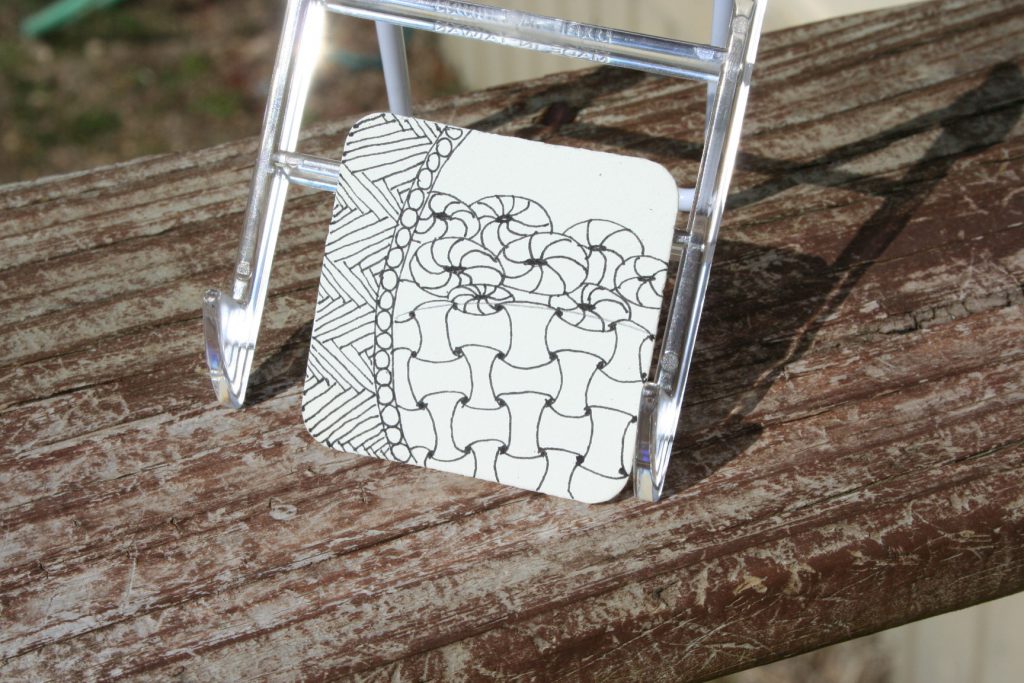 I added some shading and some blackening around those orbs of hibred (is it Hybred or Hibred?).

Here is the scan, followed by the picture in natural (but overcast) light, of the finished tile. 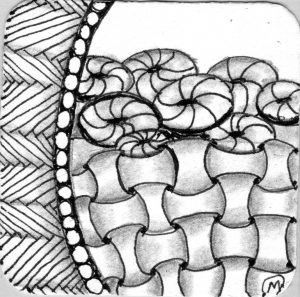 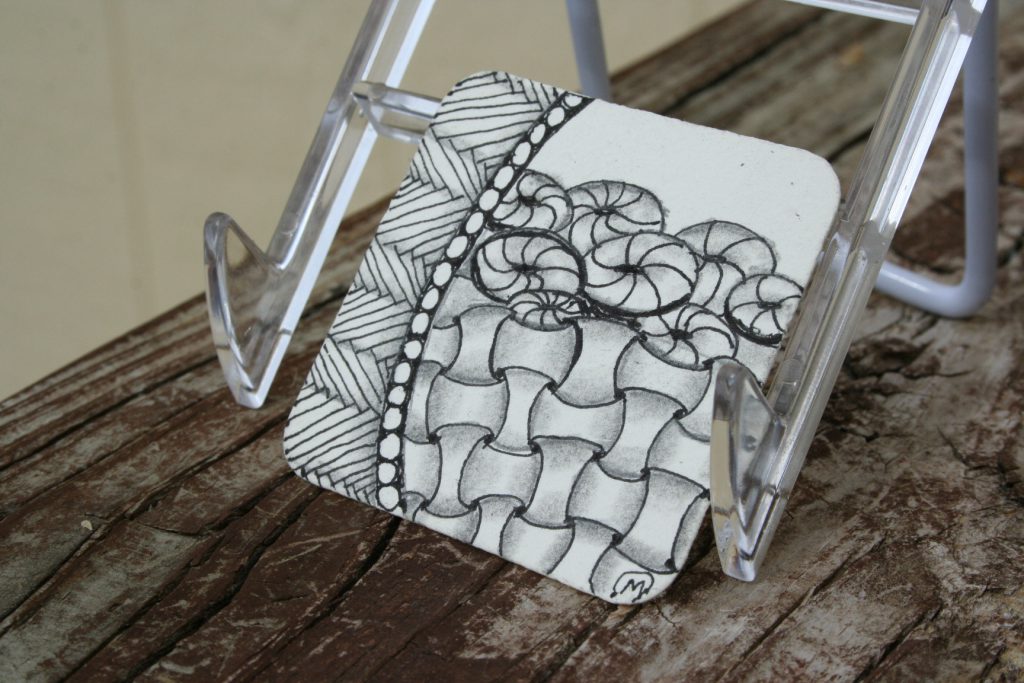 I definitely need to practice with Festune, not to mention Enyshou. But I will another day.

Thanks for stopping by. I hope this encourages you to try your hand at some Zentangle. Have you tried Enyshou? Check out that video above. Let me know if you give a try.