This week’s tangles in the Zen-Untangled 2020 project are Bronx Cheer, Indy-Rella, Squid, Msst, Zander, Fengle, and Raddox. The string this week really screamed to have Zander down the middle and I just simply refused to do that.

I wanted to be different. 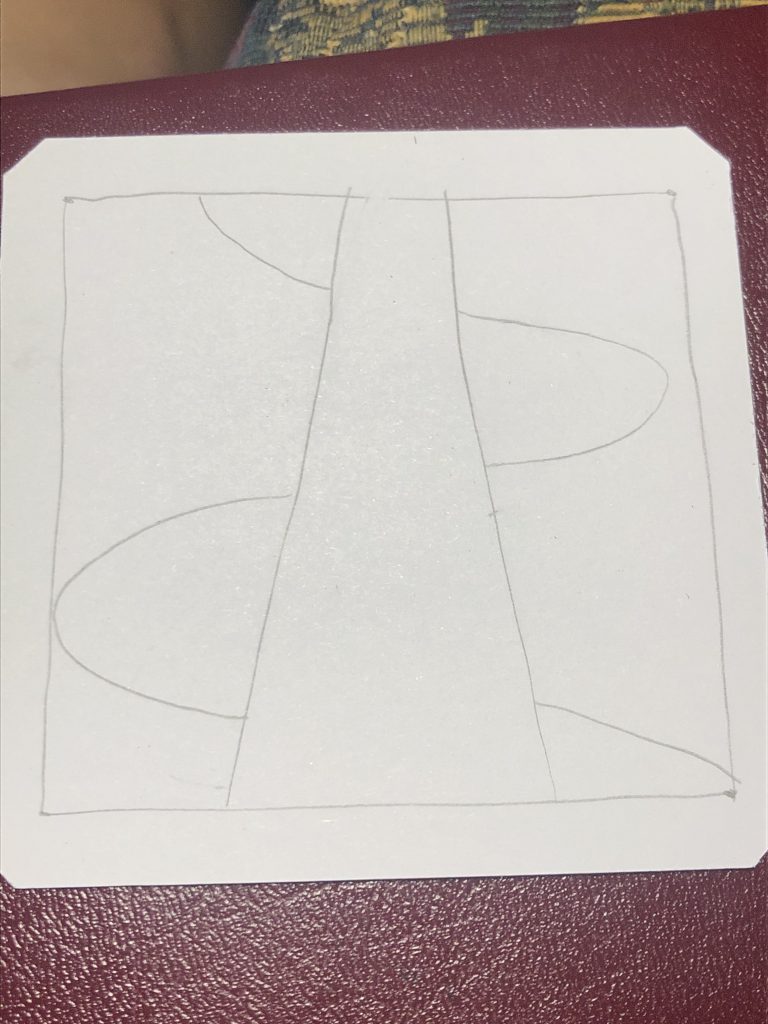 I decided that I could have Indy-Rella up the center strip.

I really felt that Squid should go on one of those rounded sections. I decided to use Squid but in a different spot.

For my third tangle I went with Msst. It’s an easy one and I like it.

Here is the scan of my tile followed by the picture taken in natural light on a windy day. The wind blew my tile off the little easel thing, so I had to resort to holding it.

This is before shading because I think there is usually a marked difference after shading, so I like to show before and after. 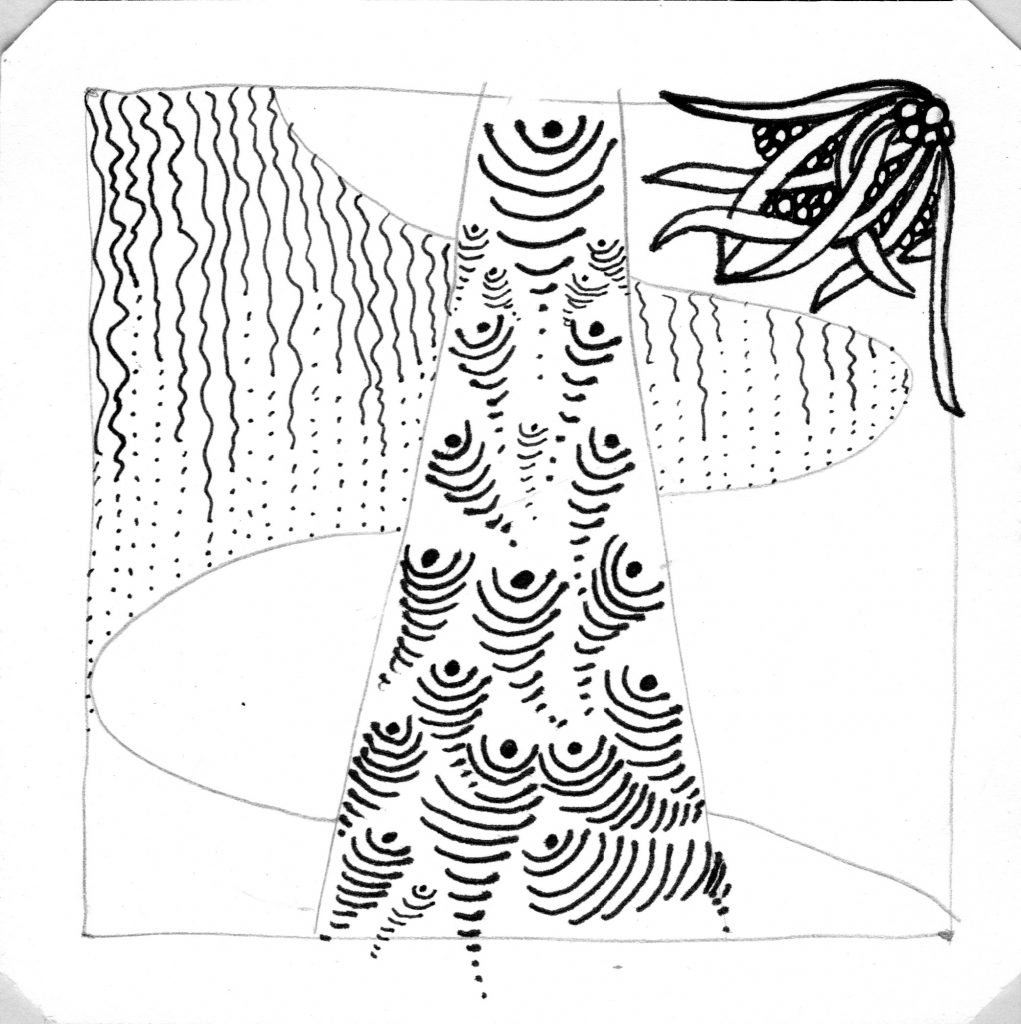 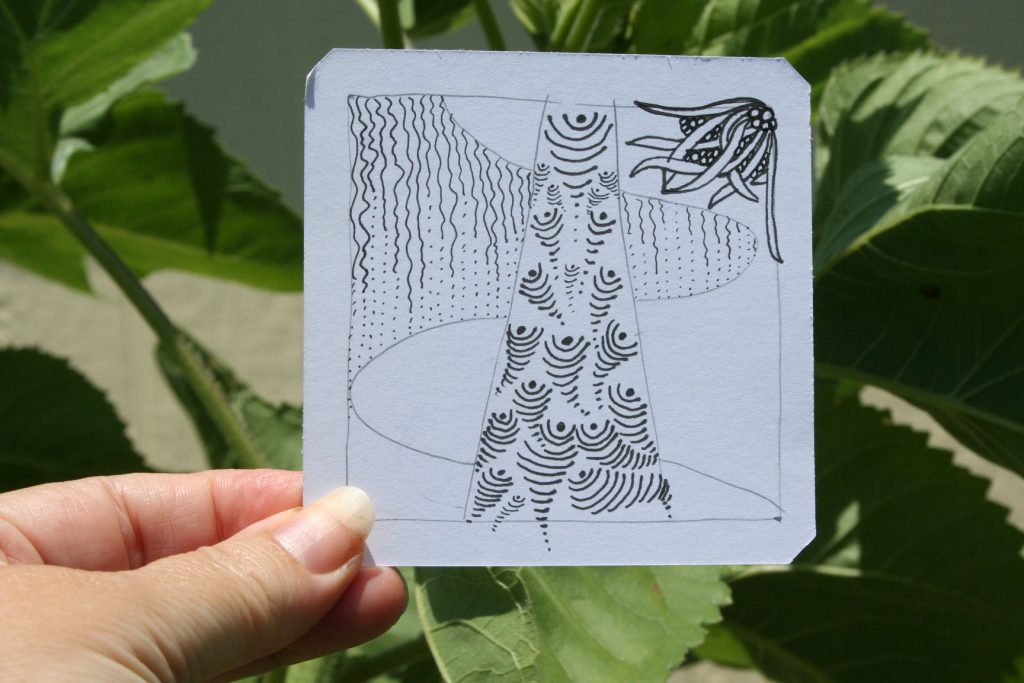 Here is the tile after shading, first the scan, then the one in natural light. 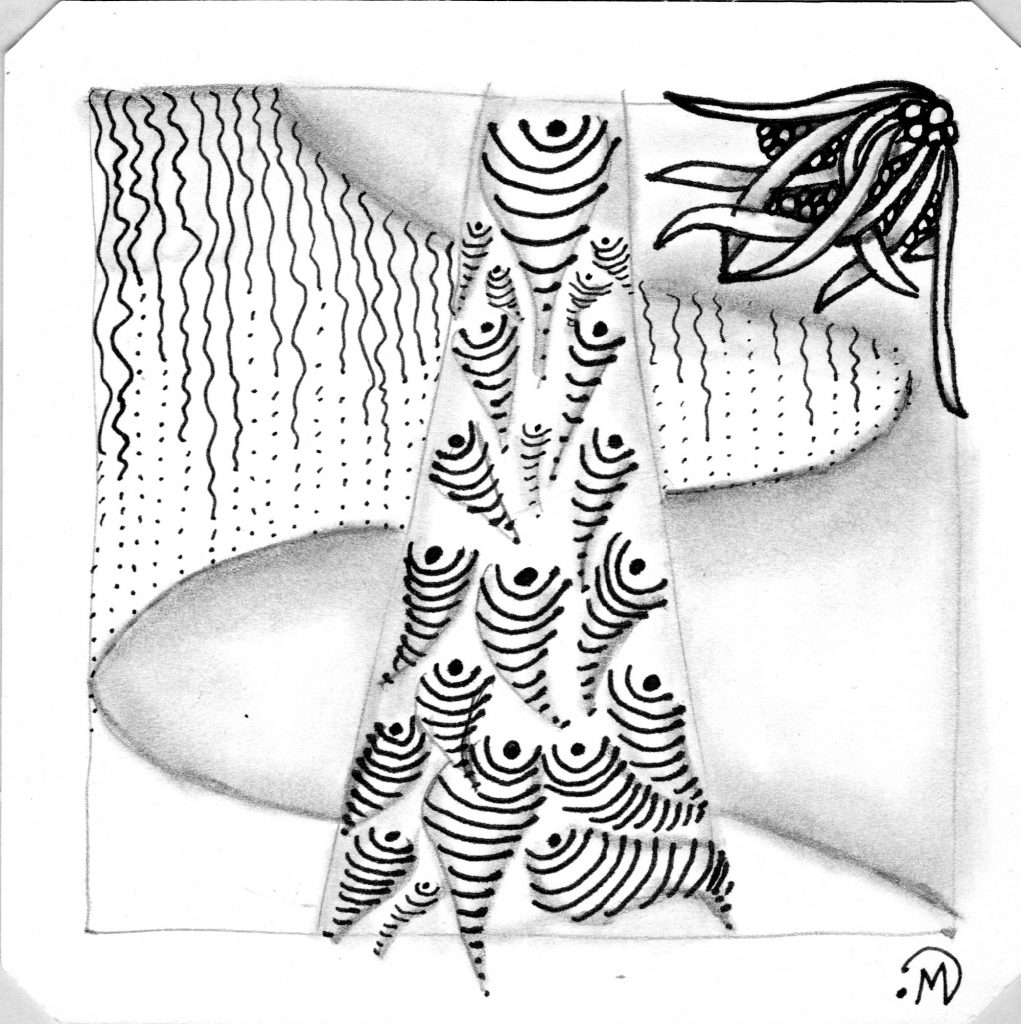 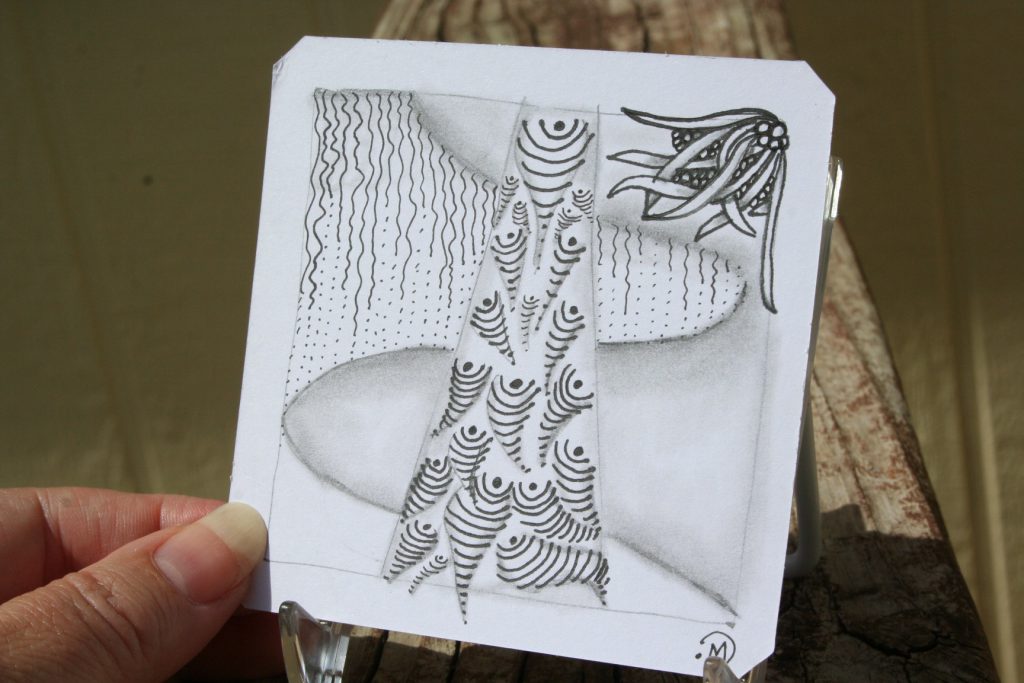 I think it looks like fish swimming in front of some kind of land mass with currents and some other kind of sea life.

Tiff thought it looked like some kind of alien abduction of some sort.

Thanks for stopping by. This art form is really easy and generally just involves four simple shapes–a curve, an “s” shape, a line, or dots/orbs. All are simple to do and anyone can do them. So I hope this encourages you to give it a try.