Okay, I’m going to start this with a disclaimer: I’m not a medical advisor, so if you try these, it’s at your own risk.

So, I have only had two or three bladder infections or UTIs in my lifetime. The first that I recall was a couple of years ago. At that time the only thing I knew to do was drink cranberry juice/take cranberry pills. I’m not a fan of juice and we didn’t have any. (Yes, we could have run to the store but didn’t want to and yes the pain was pretty bad.)

Michael did some searching around for what I could do and found that there were several accounts (well, lots of them) of people that were pain-free having only taken apple cider vinegar. I have to admit, I really dislike vinegar but at the time, it was a better option. The tough part was that the accounts said to take it every hour the first few days. I have to admit, I’m not very good at doing something every hour.

ACV to the Rescue

I took two tablespoons of apple cider vinegar (acv) in a glass of water and added a tiny bit of stevia to it to make it tolerable.

After the initial pain was gone, I backed off the number of times I drank it and settled on two to three times each day for a week or more and then backed down to just once a day for a bit.

Last week I got it again out of the blue–no idea where it came from or what caused it. But it was there with a vengeance.

I started drinking good girl moonshine which is a quart of water with 2 Tablespoons acv and other things to make it palatable. I’d forgotten about taking the acv every hour and was basically still just working on that first quart, which wasn’t helping very much.

When Michael got home that afternoon, he told me that the bottle of D Mannose is for the urinary tract and I should take some. I was concerned because it is a powder and most powdered supplements taste nasty. But I was in pain, so I gave it a try. It didn’t taste bad at all!

Essential Oils to the Rescue

Again Michael set to researching and found this youtube video. It is by a gal who has had UTIs for 24 years and found a way to get rid of them without antibiotics. Thankfully we have the recommended oils here. We used: 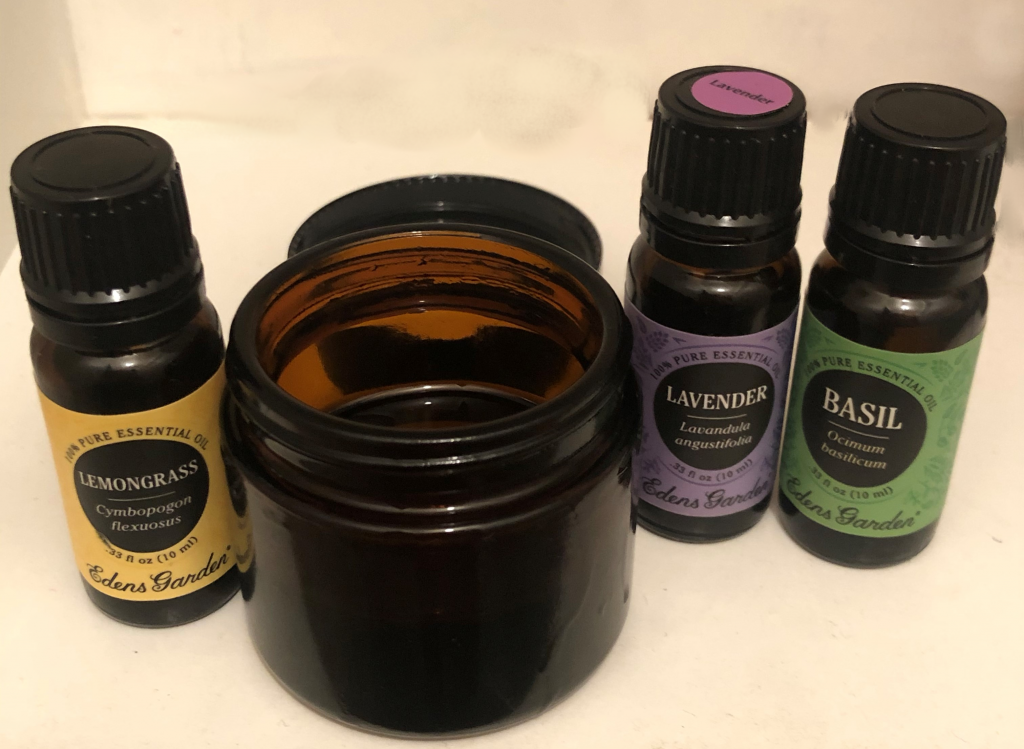 In the comments cinnamon and clove oils were recommended too. Eucalyptus or Rosemary could also be used if you were out of one of the oils. So, if you are allergic to lavender

, you can use one of these in its place.

Watch the video to see where and how to apply these oils, as well as frequency.

Michael came home the next day armed with supplements; he hates to see me in pain.

I hope this helps you as much as it has me. After rubbing the oils on every half hour (we set a timer) for a couple hours, it was bed time. I slept without any pain and awoke pain-free. However as the morning progressed, some pain returned, so I increased the oil usage for a bit and took the d mannose again too. As well as lots of fluids and acv.

By the third day, I had very minimal pain at some times of the day. I kept the oils a couple times a day for about a week, just to keep it away.