I should have guessed that the diva challenge for the week was going to be Waybop, since it was released in the latest Zentangle newsletter, but I didn’t and waited patiently for the challenge to be revealed on Tuesday this week, since it was a holiday Monday.

I hadn’t tried my hand at this new tangle yet, but it looked simple enough. So I got my tile out, put the dots in the corners, drew my border lines. I knew I wanted to incorporate the Square One: Purely Zentangle focus tangle, Trio, into the tile. I also wanted to include the daily tangle over on Pattern-collections.com, Floral Waves. Consequently, I made a string with three sections.

As I said, I hadn’t tried my hand at Waybop yet. I chose the lower section and began drawing it in that section. The problem is that I started way too small. My space had way too much white space left, so I added a couple more, trying to overlap them somewhat. I did not like what I’d accomplished, so I flipped the tile over (I can do that because mine are not official zentangle tiles and thus do NOT have any print on the backside.) and started again. But this time I decided to start with the upper section where I wanted Floral Waves, so that it could ‘hang over’ the string boundary a bit. This too, was the first I’d drawn this tangle and didn’t do it exactly as intended but I think it turned out okay.

Then I went to the lower right section, where I wanted to put Trio and began tangling. I hadn’t drawn this one before either. Things went well with this but I also had leftover space so I tangled in a few more partials.

Then on to Waybop. I attempted to make it a bit bigger than I had previously. I also wanted some overlap from other sections, so that added a bit to the difficulty level as well. I’m pleased with how it turned out, overall. 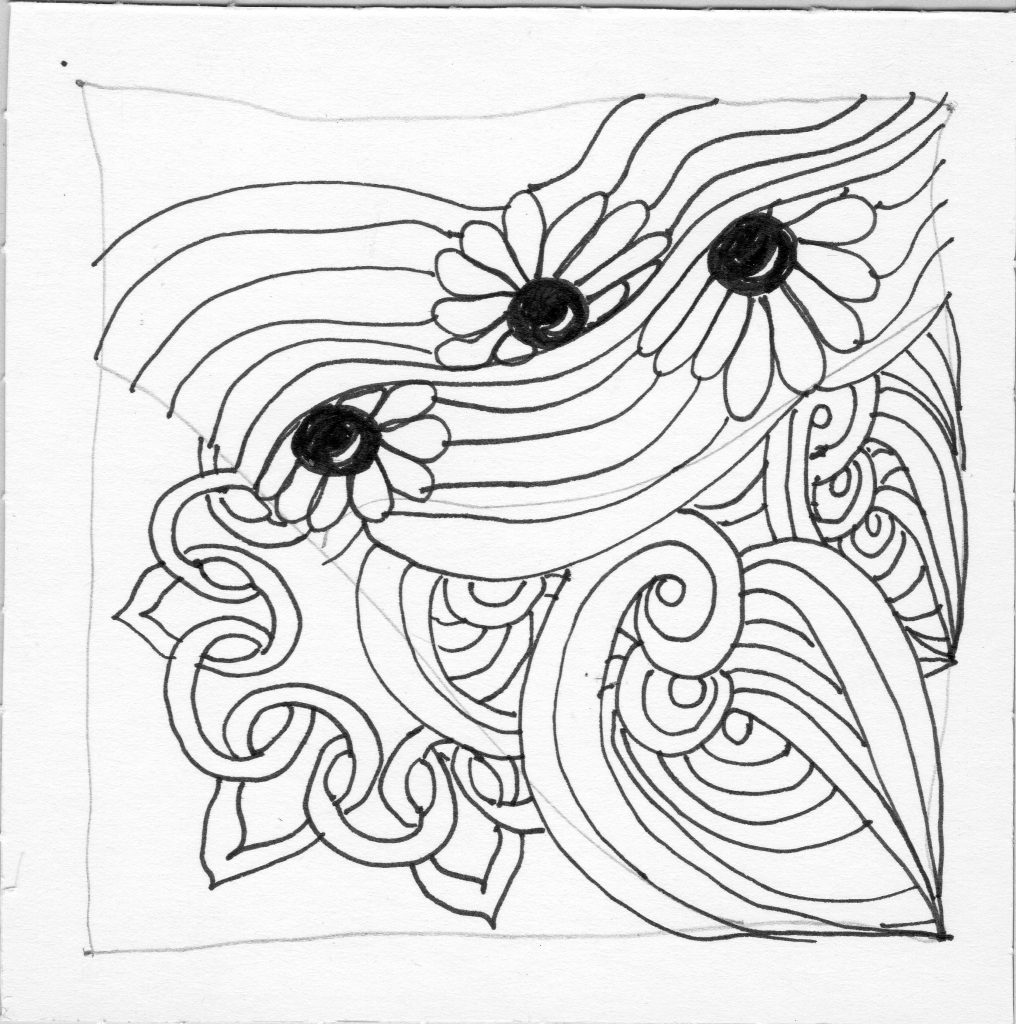 And here it is shaded. 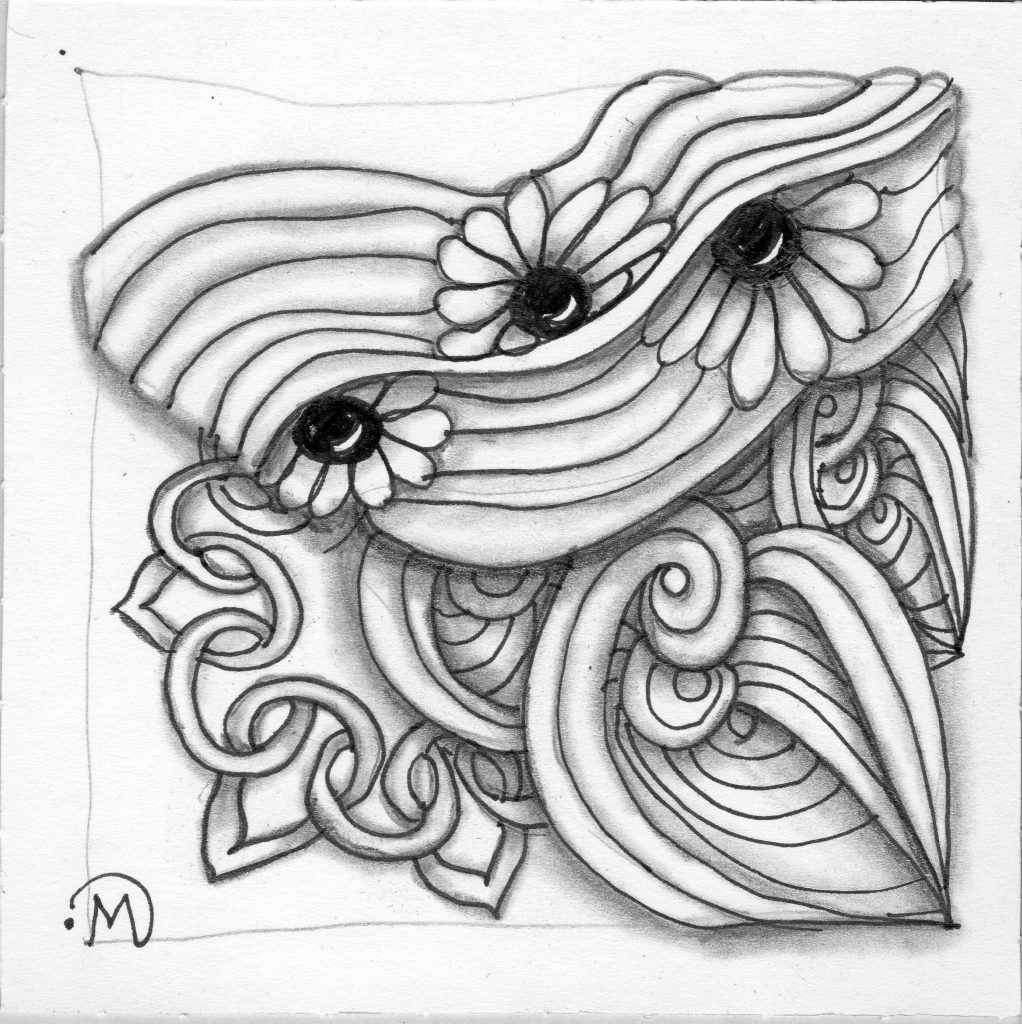 I added in some shading with a 6B pencil to help give it some depth in some places. As always, after loading it on here, I see where I should’ve blended a bit more and smoothed out the original border and string lines. Oh well!

I appreciate all of your comments! It is truly encouraging! Thank you so much.