Well, this week’s Diva Challenge is to use Crazy ‘Nzeppel. I like ‘Nzeppel and have used the crazy variation before. So I checked the Square One: Purely Zentangle focus tangle and found it to be Pixioze. Then I wandered over to Pattern-Collections to see what their daily tangles were for yesterday and today: Seppi and Sextant Border.

I decided to mash all of these together in one tile but to do so without any real string. I started with sextant border along the bottom. As usual, my lines were not very straight or uniform, so it didn’t turn out the greatest. Consequently, I decided to blacken in the spokes.

Next I drew Seppi . . . just a little one on the lower left side of my tile, just to see if I had the hang of it. Then I added another and then got brave and made a really large one with some behind as well.

Then I got the brilliant idea to put Crazy ‘Nzeppel  and Pixioze as a filler inside Seppi. Well, that meant that those two tangles were going to be rather small. I put on my magnifying glasses and tangled on.

Here’s my tile before most of the shading. I had to do some shading as I drew because with all the lines, I was losing the overlapped parts. 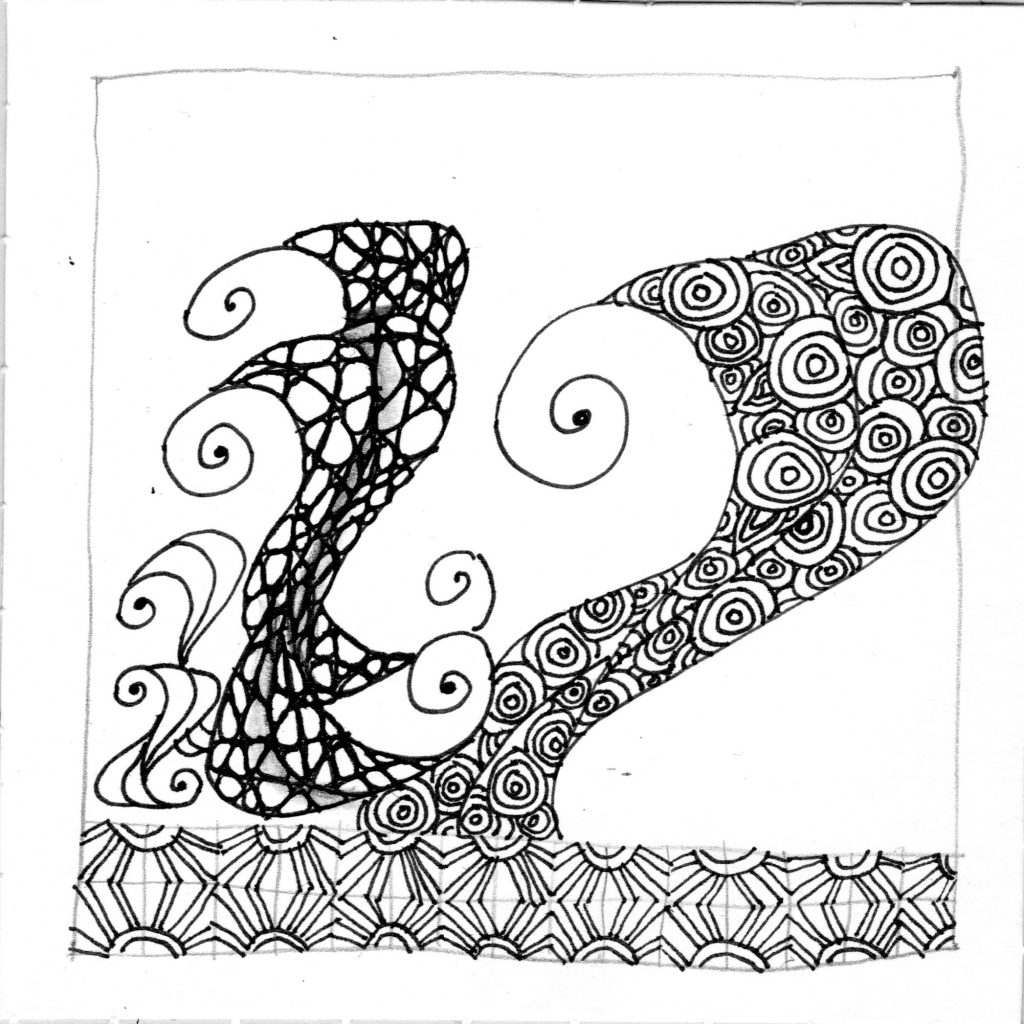 I’m not sure if it looks like waves or snakes or what.

I did enjoy drawing it though. I was surprised how well I was able to draw so tiny with the magnifier glasses on.

Here it is finished. 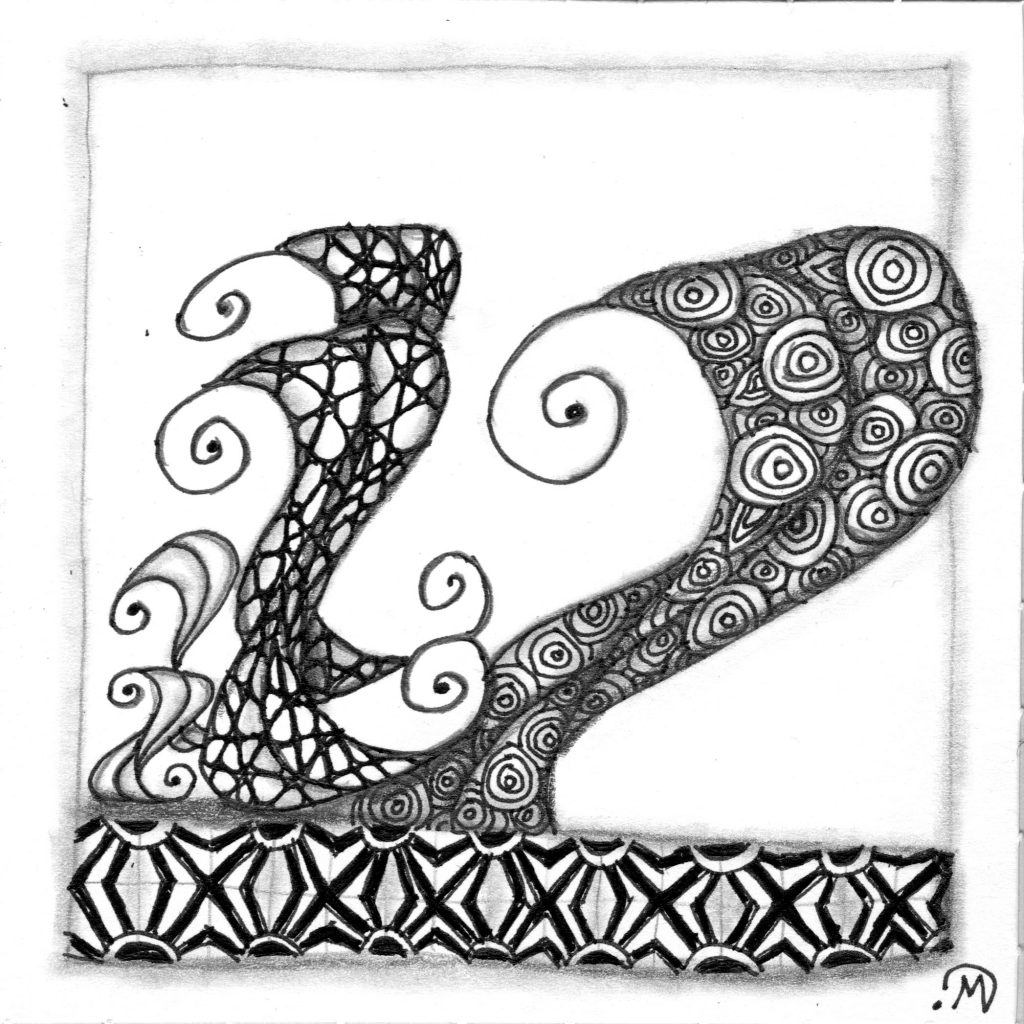 I think it kind of think it resembles waves.

It’s not my favorite tile but I enjoyed making it and that is what matters.

I hope you’ll leave me a comment, as they are most encouraging! Thanks for stopping by!