Last weekend was rather chill; you know, where you just relax. It’s nice to do that sometimes.

But I should have been making my card for Michael, since he was out of the house. Silly me! Thus I was making his card Tuesday morning. Yes, that is right . . . Tuesday morning . . . Valentine’s Day. Silly, silly me! I shared most of that card on Wednesday, here.

I also write letters of love to my children every year. I didn’t realize I had done it every year until one year I didn’t; Tiffany was very hurt and told me of my mistake, with the letters to prove it. Needless to say, I’ve been careful to write one every year since.

I will stop when they marry, whenever that will be . . . who knows, this could’ve been the last one.

Michael got me some lovely flowers! 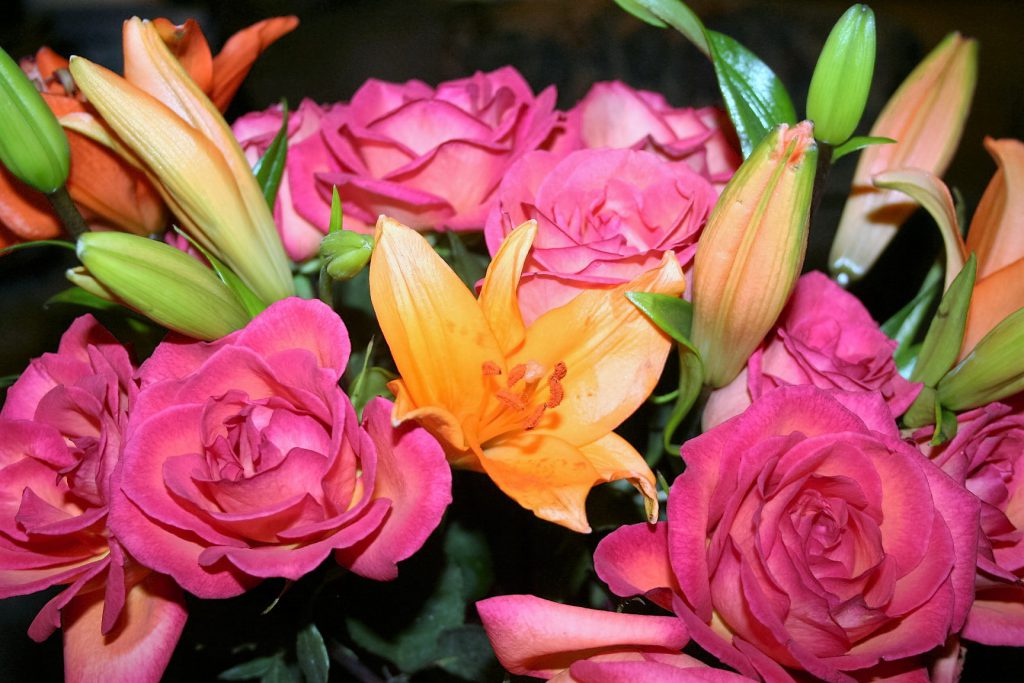 I usually make spaghetti or lasagna but this year I made Hamburger and Roasted Vegetable Soup and some rolls from coconut flour. The latter turned out rather flat, so it’s back to the drawing board on that.

On Monday I got to have lunch with a dear old friend. When we first moved to Oklahoma, she and her family moved in next door, the same day. We lived next door to each other for eight years and then we moved. I realized this week that it has been twelve years since we were neighbors. That means that we’ve been away not just as long as we lived next door to each other but half again as many years. That is just amazing to me. It does not seem anywhere near that long.

Well, Joyce and I had a really good visit. We met at Cracker Barrel. I got my usual Country House Salad lunch special; that chicken is so good but I’m pretty sure it’s got some sugar in it.

We got all caught up and even shared some art ideas. She has been into lettering for quite some time and I’m just beginning. I shared the ‘tutorial’ I’m getting ready to begin from CreativLei. I’m looking forward to beginning this myself but have been a bit busy, maybe this weekend.

Michael’s going to pick up Liam and bring him out later.

I’m so excited; love my grandson! Hopefully I’ll remember to take pictures to share his cuteness with you next week. 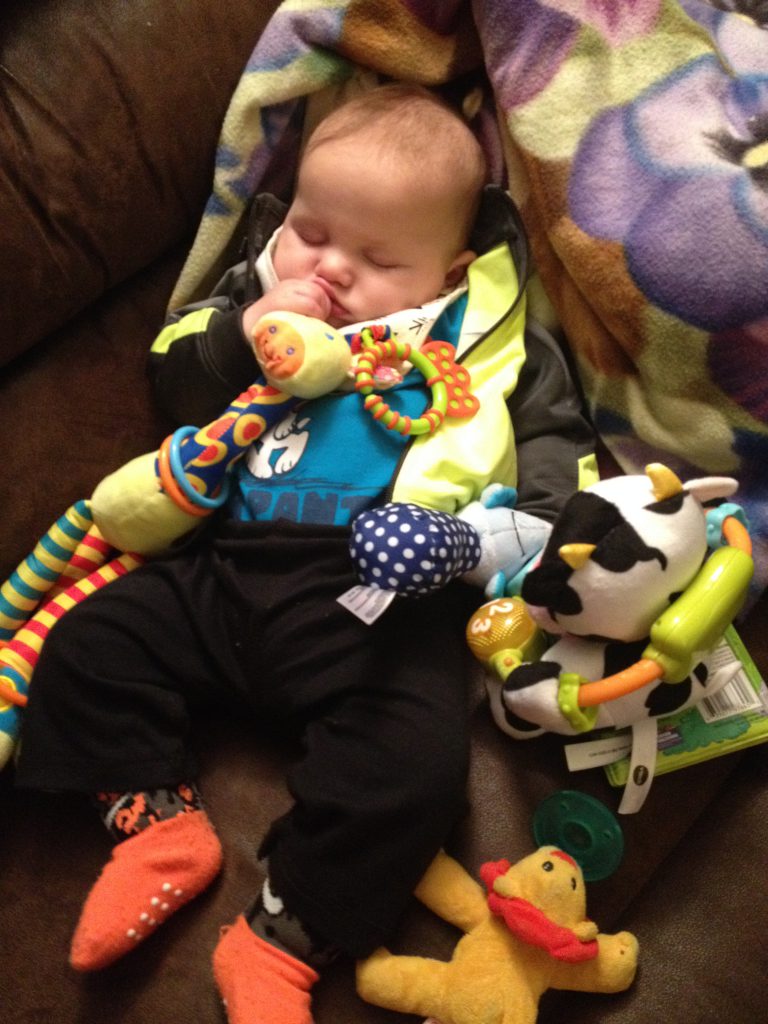 This one’s from last time he was here. He didn’t sleep long though. Grandkids are fun!

Well, I’ve got stuff to do before he gets here, so I’m off for now.