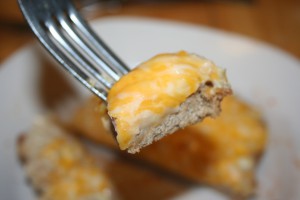 Have you ever had a Tuna Melt? I haven’t had one for ages!!! My mother used to make them and I have forgotten how good they were. I think one of the reasons I haven’t made one in so long is because it requires the use of a broiler and I have a gas oven which means I have to get on the floor to use it and it just isn’t worth all that.

I bought a toaster oven last year and now I have a broiler readily available. Yay!

I make a very simplistic tuna salad. My mom always added diced onion and celery but I have never been a fan of crunchy veggies in something like this. Also, my kids feel the same way.

Thus when I make it, I use onion powder and just omit celery completely.

When making tuna salad, you have to start by having some hard boiled eggs. Then open the can of tuna and drain it. I usually open the can about 1/2 to 3/4 of the way and pour out some of the water. Then finish opening the can, leave the top on, and press the can top into the can to squeeze out most of the water.

Remove the lid and empty into a bowl. 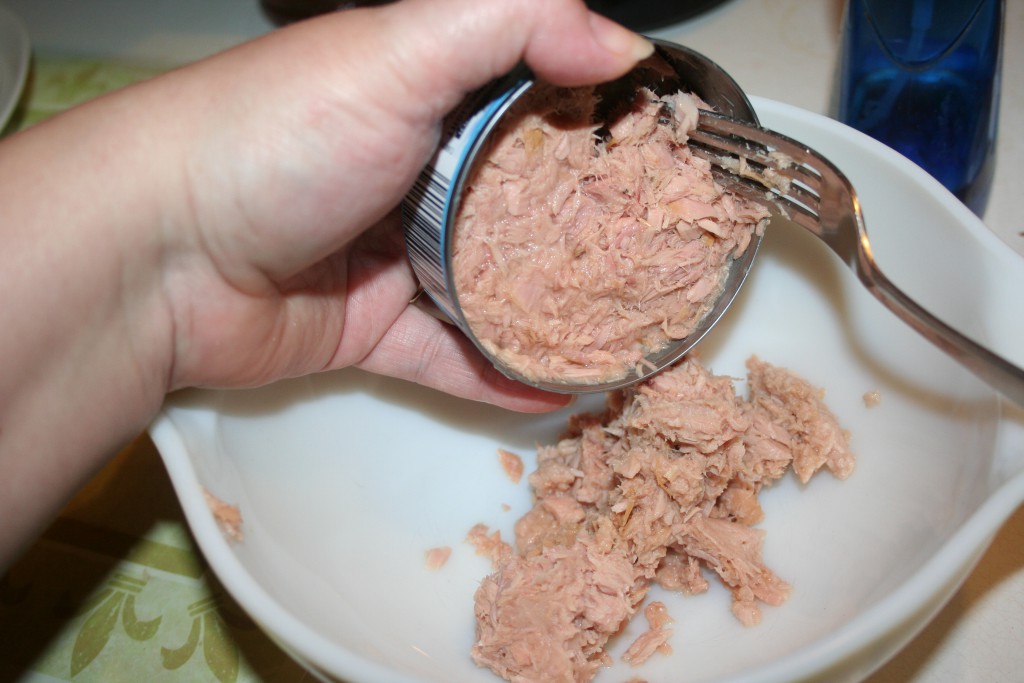 For each 3 ounce can of tuna add one hard boiled egg (peeled and diced rather finely). If you prefer onion, finely dice a slice and add it now OR sprinkle just a little onion powder over the ingredients in the bowl.

Then add about 7 tablespoons of Miracle Whip. Now, just like potato salad, Mike and Sean prefer mayonnaise, so feel free to use whichever you prefer – BUT I recommend trying it with Miracle Whip at least once. 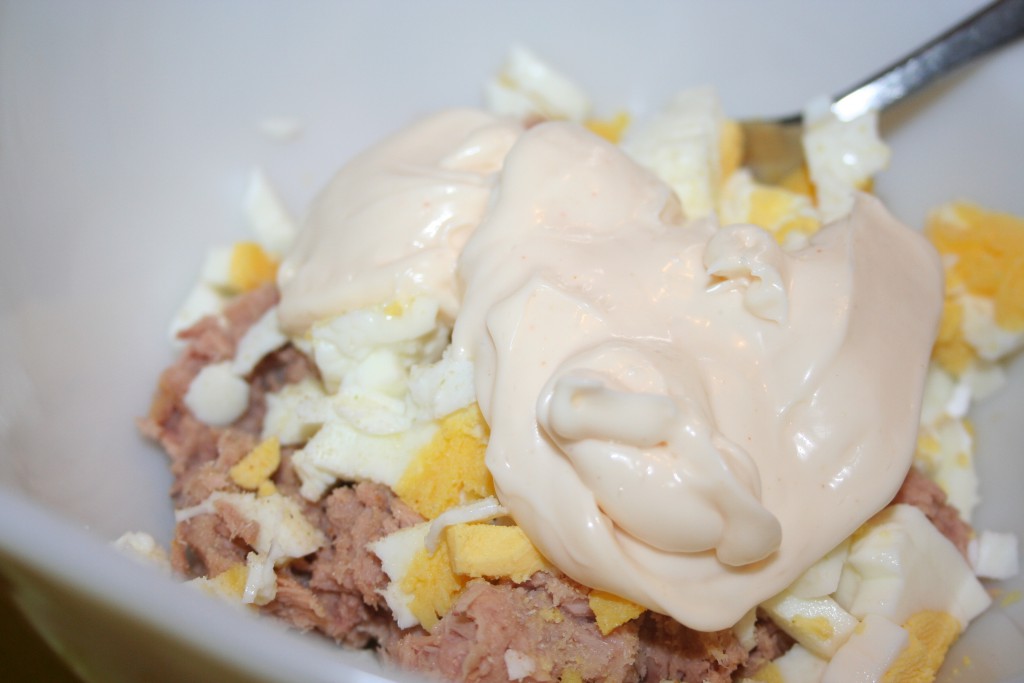 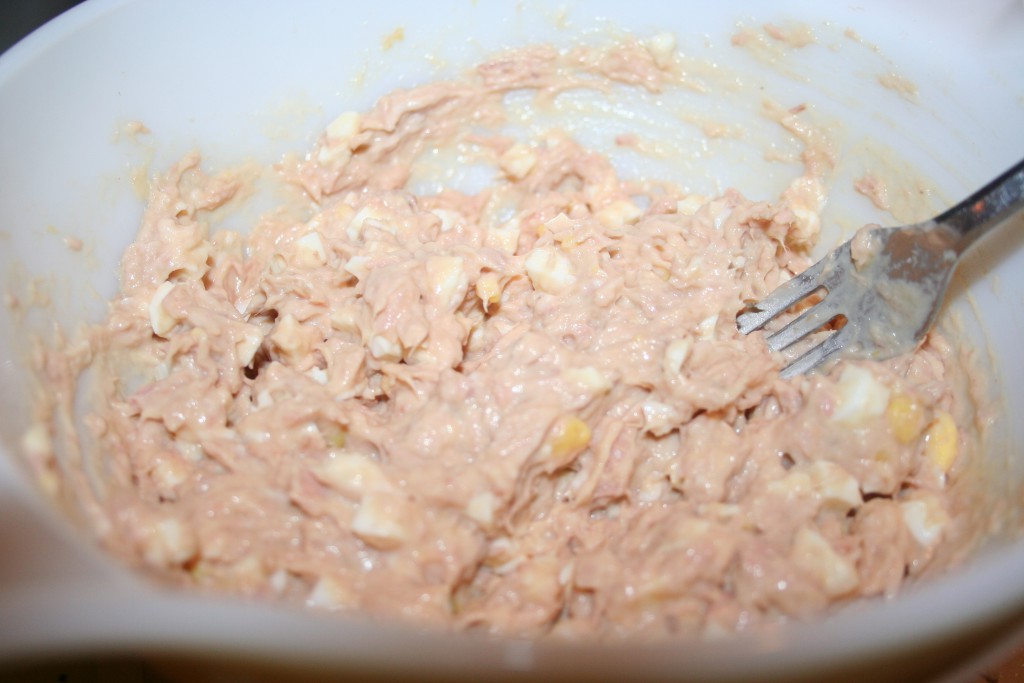 Now, if you prefer your bread toasted, do that first. I did not do this today and my bread was soft with crisper edges. Place your bread on your pan. Cover with about a quarter cup tuna salad and one ounce shredded cheese (I used colby jack cheese). 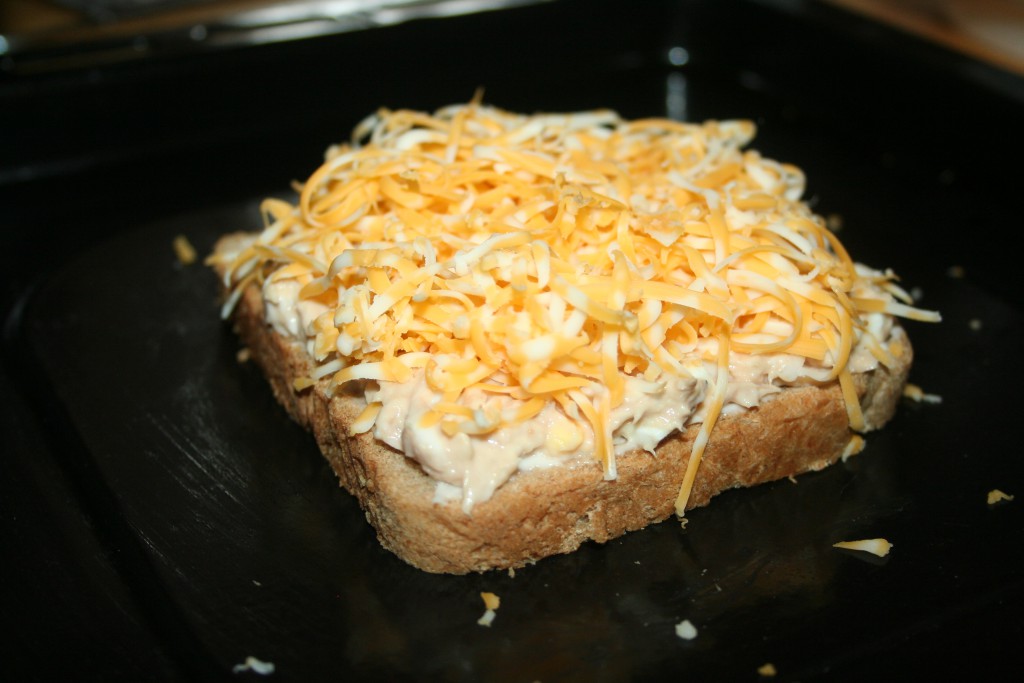 In my toaster oven (which I think takes longer than a regular oven to cook things) it took 6 minutes to melt the cheese. I could have left it a little bit longer but I was done waiting. 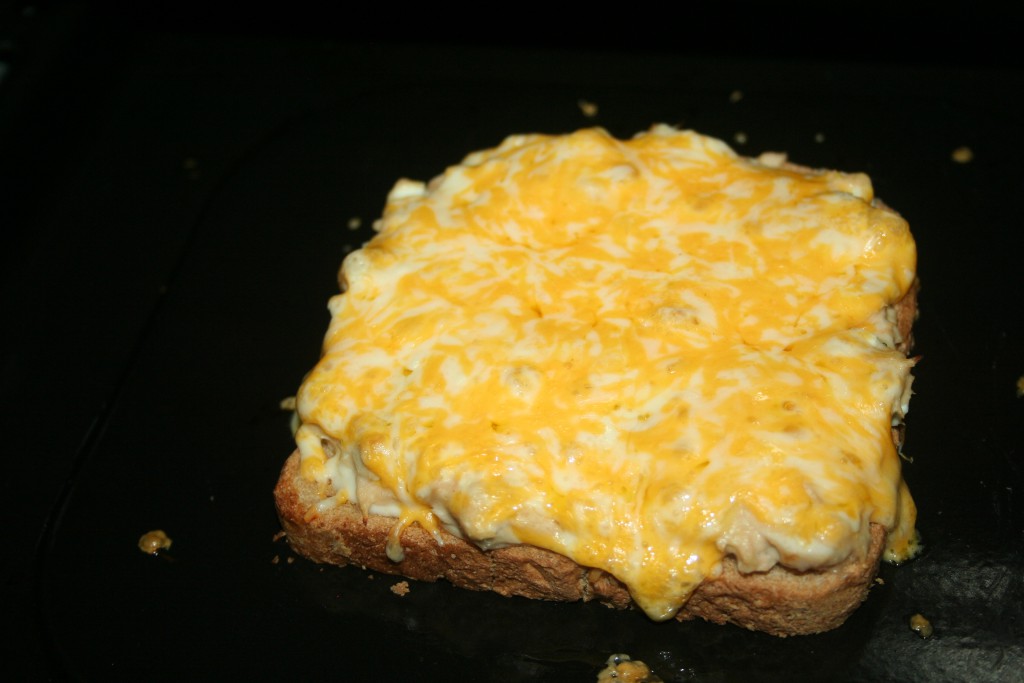