Years and years ago, I got this waffle iron from a garage sale for about $3-$5. It was like one my parents had when I was living at home. The grates flip from a waffle grid to a pancake griddle and lays open flat too.

It can cook four waffles. Opened up I cook eight pancakes. It also does sandwiches and can be used to fry eggs or such.

Well the lid handle came off a while ago and we managed to get it back on. Then the knob broke off and I kept putting it back on but it has become more and more difficult. A few weeks ago we couldn’t even find the knob.

Then one of the side handle/legs came off. Evidently the screws are stripped because I tried putting it back on but was unsuccessful.

It was then that I gave in and bought a new one at the whomping price of fifty-nine dollars.

A few days later it arrived. It was so lightweight. I’m afraid we’re going to break it or dent it. The old one was heavy but this one! Ugh! 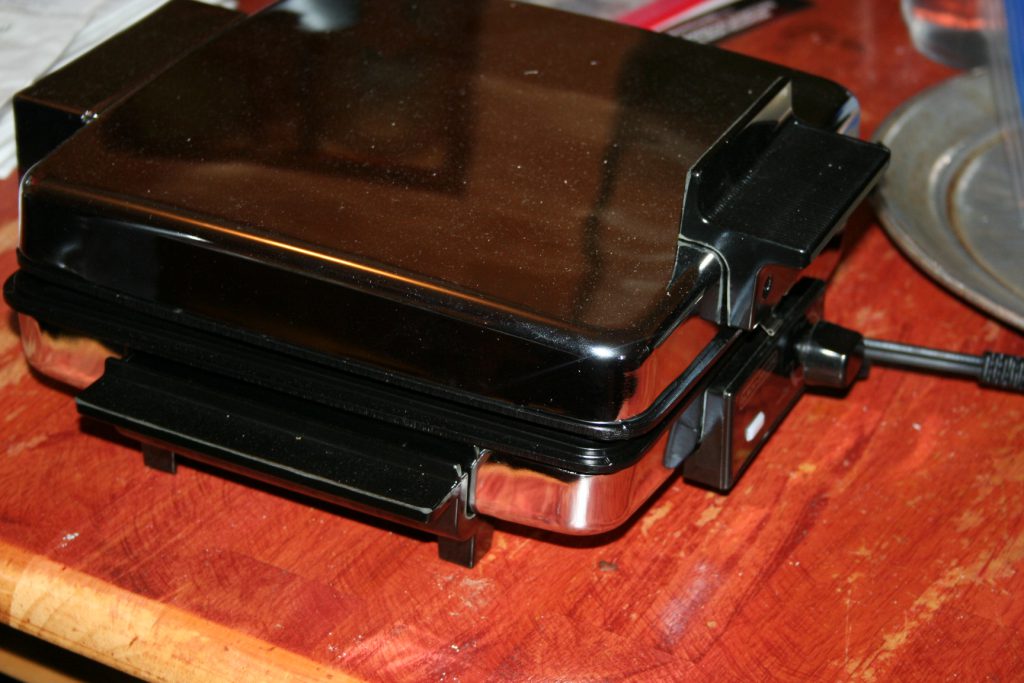 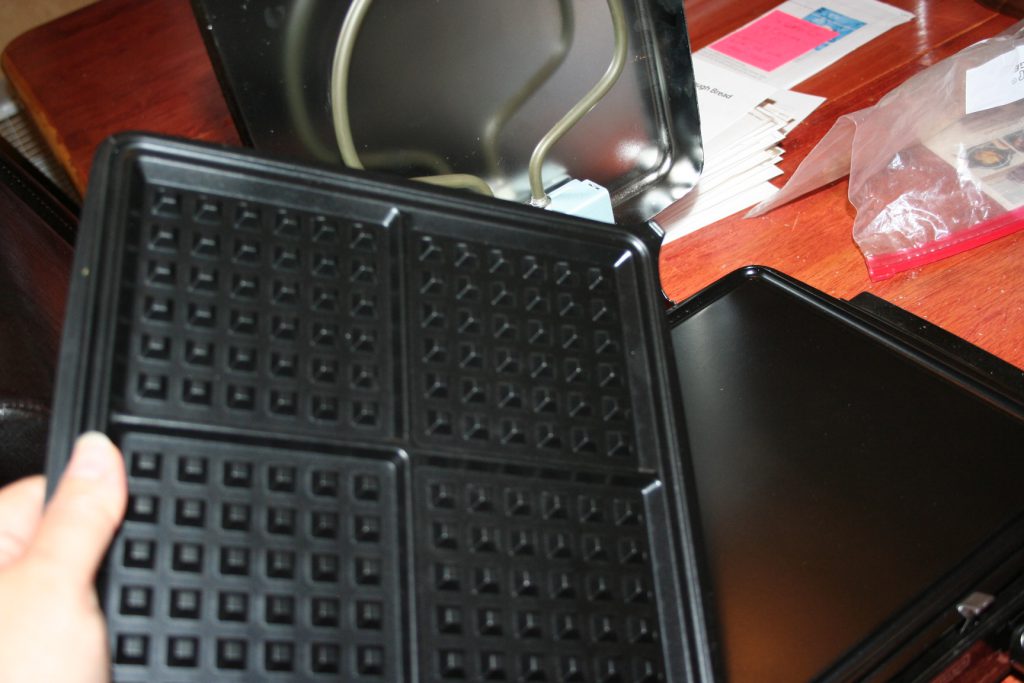 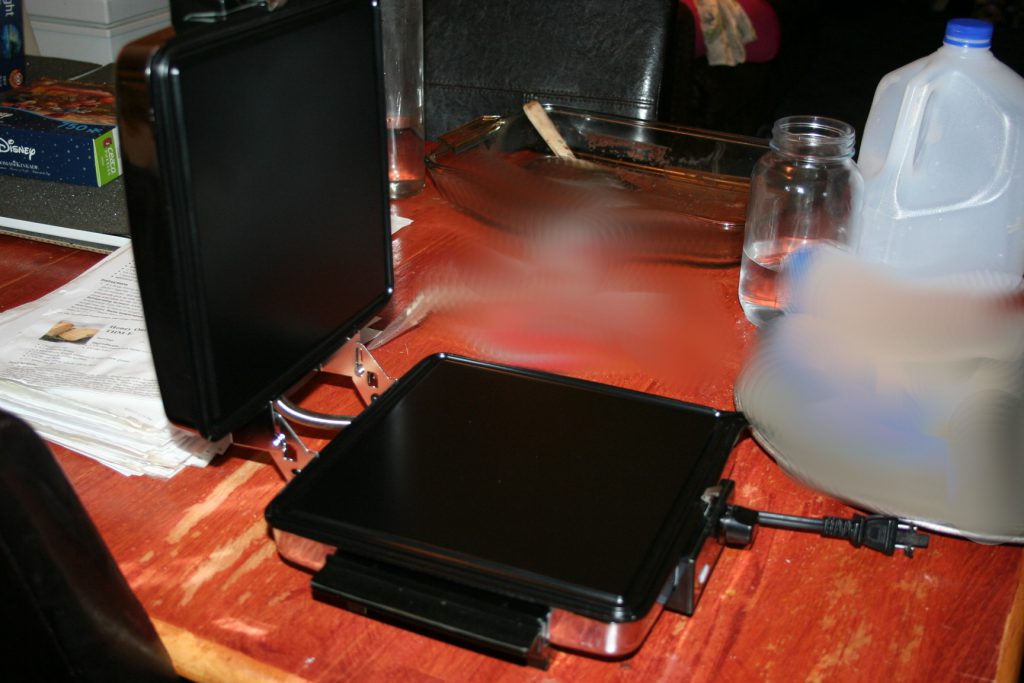 I did make waffles with it last weekend and it worked fine but I’m still tempted to just box it back up and send it back. It just feels so flimsy. They sure don’t make things the way they used to make them.