Make the less expensive thin bacon into thick bacon, with this tip.

My family has gotten spoiled with the thick cut bacon I’ve been buying at Sprouts lately. It truly is delicious. But it is a tad bit expensive. So I buy the cheaper thin bacon to add to what I buy of the thicker bacon.

However, nobody really cares for the thinner bacon. Although I do have to admit, sometimes it is so nice and thin and crispy that I call it a bacon chip.

But  most of the time, we don’t prefer this cut.

Well last weekend when I was baking up some of the bacon for the week, I had run out of space and still had half a package of thin cut bacon left. Then it hit me . . . I can put two pieces together and make it a thicker piece of bacon. And that is just what I did and it turned out nice.

So for today, I thought I’d show you how to do it in a skillet but the same technique applies to putting it on sheet pans and baking it.

Place two pieces on the skillet together. The big ones on the right are two pieces and the little piece on the left is just one. 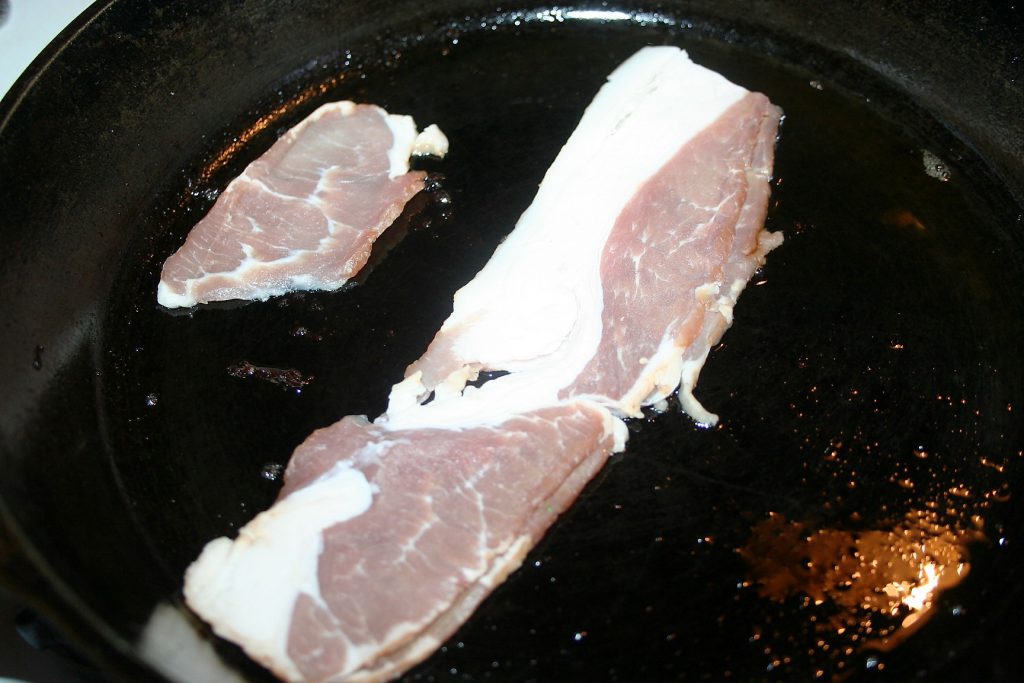 They may separate some as they cook but this is okay. 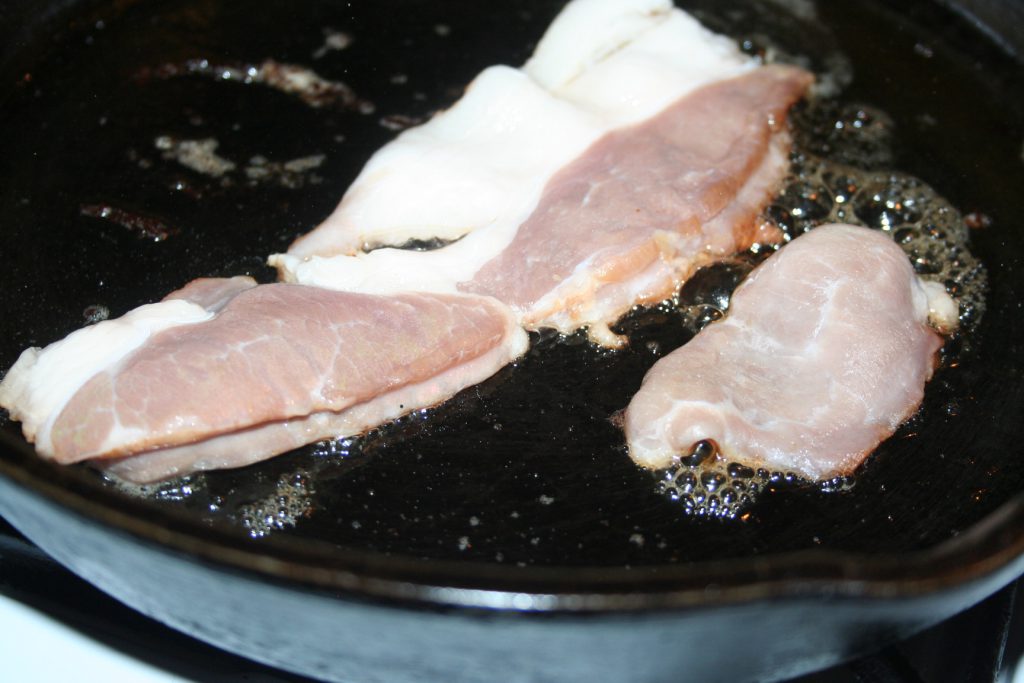 Just turn the two-piece piece over as one piece. 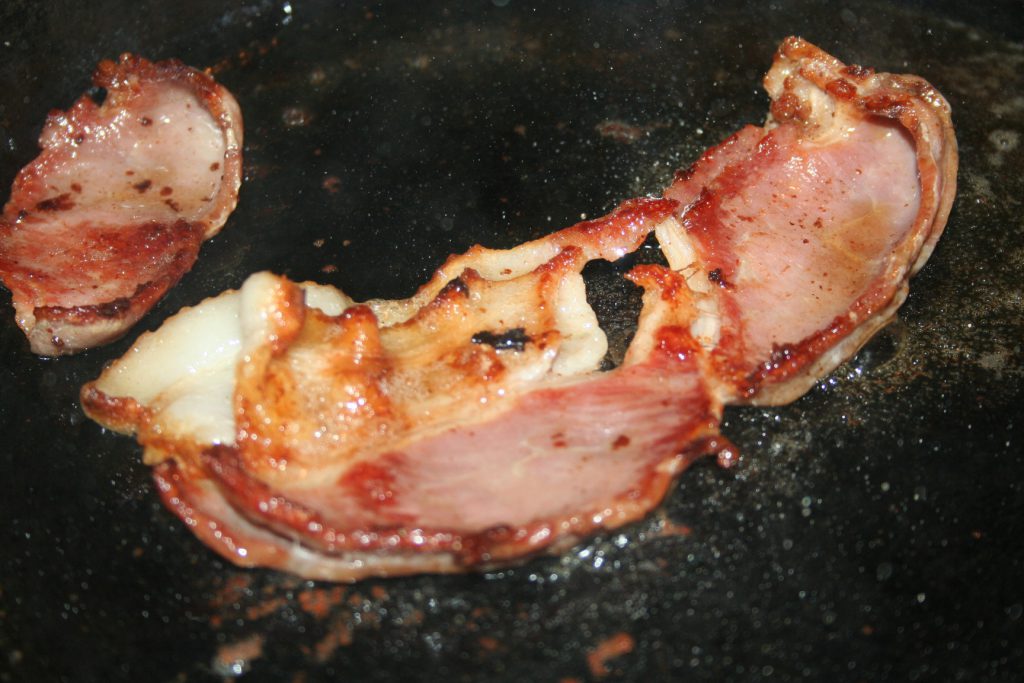 I actually prefer it baked in the oven but this was okay too. Now, I’ll admit that this is not as good as thick bacon but it makes it a bit tastier this way.