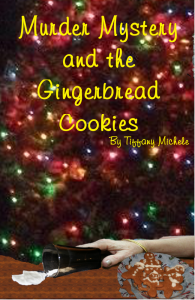 My daughter Tiffany’s Christmas book has been published! It is a murder mystery surrounded by the fun and festivities of the Christmas holiday and a budding romance. Get it on Amazon

Errand day this week was a very drawn out ordeal. We started with Tiffany’s appointment. After that we had to go do a little Christmas shopping, some of which we did at the mall. I seldom go to the mall so I naturally parked in the absolute wrong parking lot. Then we ended up walking clear across the mall several times because I don’t know where anything is there.

We stopped in the food court and ate at my favorite mall place–Charley’s. I am a sucker for a steak and cheese sub. You might think, but you can’t have that on keto. All it takes is a little creativity. I get the three cheese and bacon one without the bun but add on onions, mushrooms, and peppers cooked very well done.. I was very happy that they didn’t seem shocked with my request. They even asked me if I wanted the lettuce and tomato still and if I wanted it under or on top of my meats, cheese, and hot veggies. I add a little salt, pepper, and mayonnaise. Delicious!

Tiffany got part of her gift to Sean and then we headed further into town on the hunt for an illusive gift. Retraced our path, stopped to pick up books from the library, and finally began our grocery shopping after three o’clock. In all of our running around today, I found not one but five different purses that would make a good replacement for the one I’ve been using for the last year or more, which has its shoulder strap hanging on by a thread, literally. Funny thing is that I had looked at Gordmans several weeks ago and didn’t find a single one I liked. I’m soooo glad I did not settle on one I saw last week, at a store I don’t like to shop, for twice the money I ended up paying for this one.

God is good! I just have to be patient.

As we were about to begin getting groceries, Michael texted and asked if we were about done and ready to head home. He was shocked when I told him that we’d only just begun to grocery shop. He suggested that I bring home some pizzas to throw in the oven, since it was getting so late and he knew we were getting tired. I paid way more than I’d like to admit for a frozen pizza but it is keto! and that my friends, is worth a lot. We got the 3-cheese pizza because we love cheese and generally have pepperoni at home to add.  I also picked up a Red Barron cheese pizza for Michael because he said he didn’t need or want anything fancy. We got home, added pepperoni to both pizzas and enjoyed a dinner with minimal effort.

Well, Brian, Lauren, and Liam are coming tonight for dinner and cookie decorating. I didn’t get the cookies made yesterday even though I had planned to do so, Thus I need to make them first thing this morning in order to have them ready tonight.

Hopefully I’ll remember to take some pictures and have them to share with you next Friday.