The kids came down last weekend and I have cutie pie pictures, as promised. 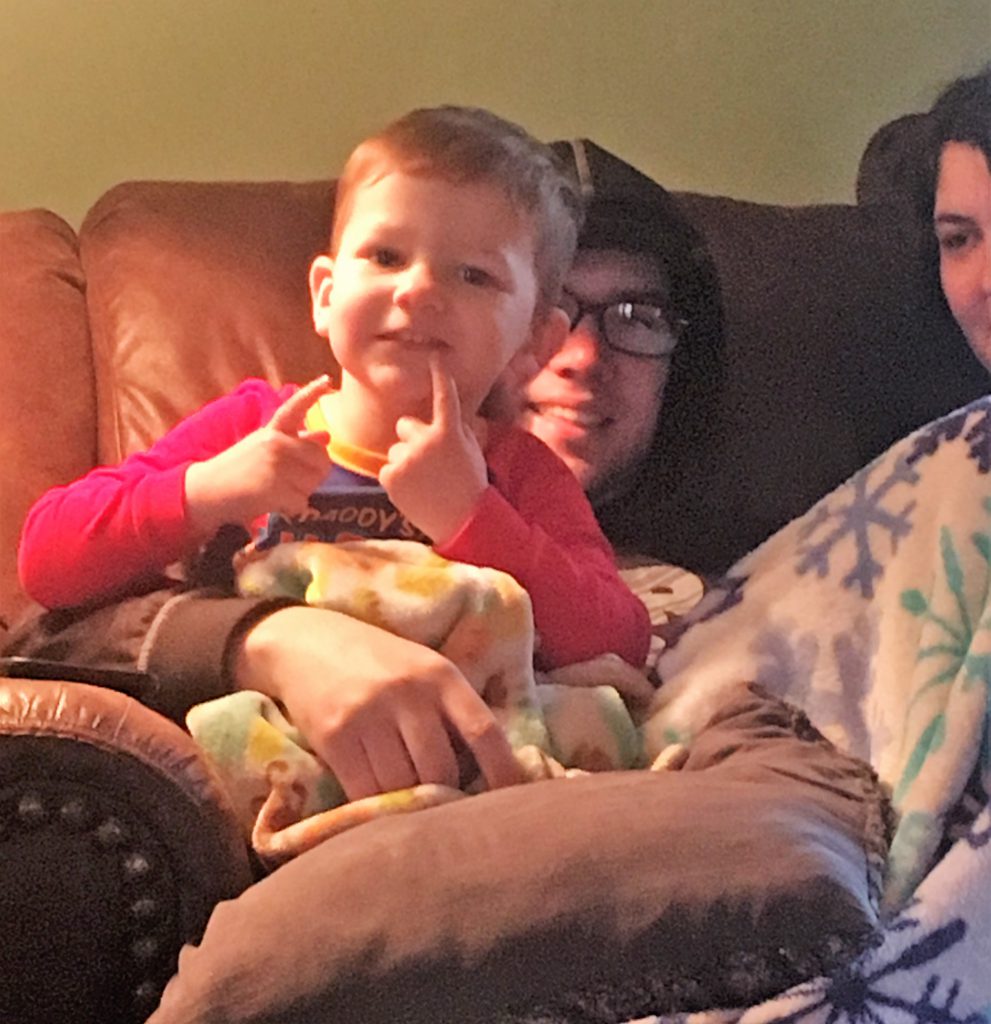 Tiffany and I worked hard to get the room child-proofed. We cleaned off the card table that we had set up and took down the table. Then we took some of the tile boards that we’d cut down and used for marker boards when the kids were schooling to cover the drawers, shelves of exposed games, craft supplies, and other storage kind of things. Then we took Sean’s old twin bed mattress that we’d stored behind the sofa bed in the other room and put it on the floor of the room giving him a big boy bed.

We store the toys we have for him in that room too and left them available to him.

Shortly after they arrived, we all went outside for a bit, to burn of some of Liam’s energy. The guys threw a football and frisbee around, while we girls threw a frisbee. 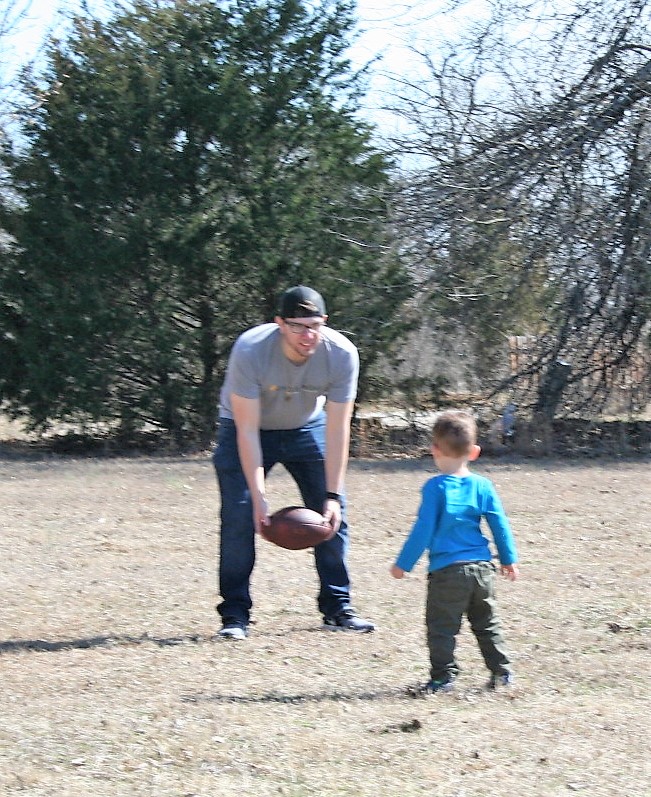 Michael is sooo good with kids. 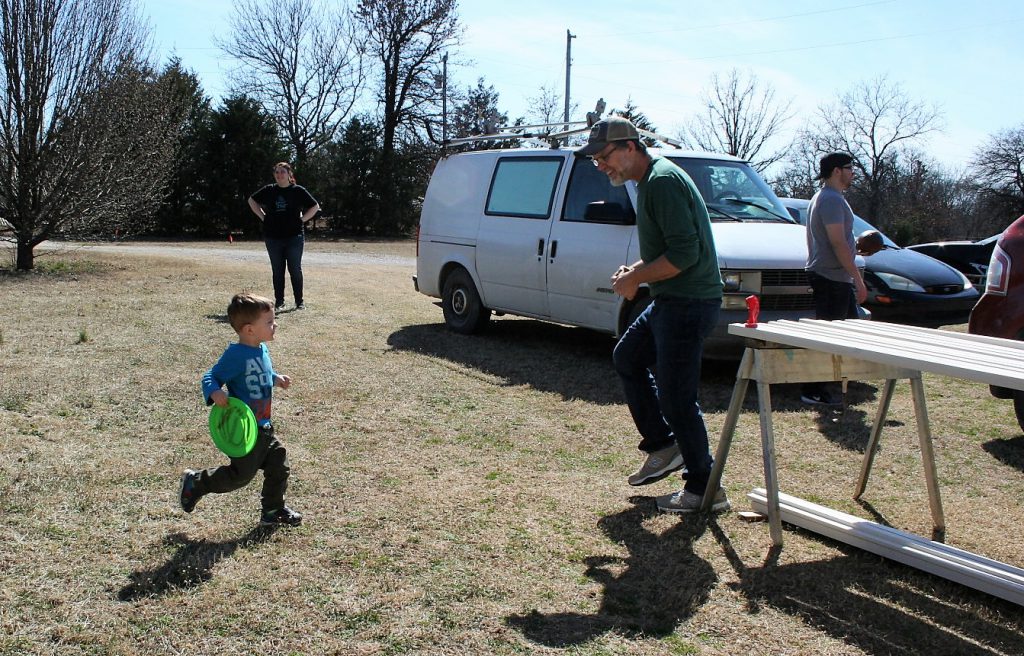 Uncle Sean took Liam an adventuring, which really means he simply took him around the cleared area to look at Sasha, our Blue Tick Heeler. He saw one of the chickens under one of the trees. The other he’d seen up front where we were throwing the frisbee. 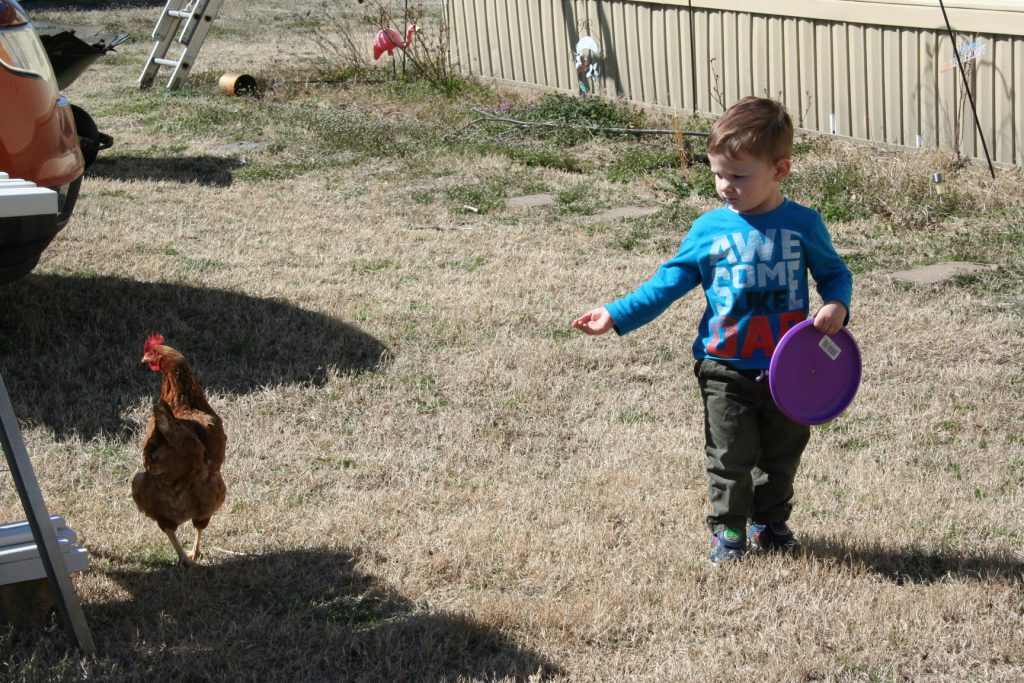 He saw the old lawn mower and remembered that he got to sit on it last time they were here, so up he went. 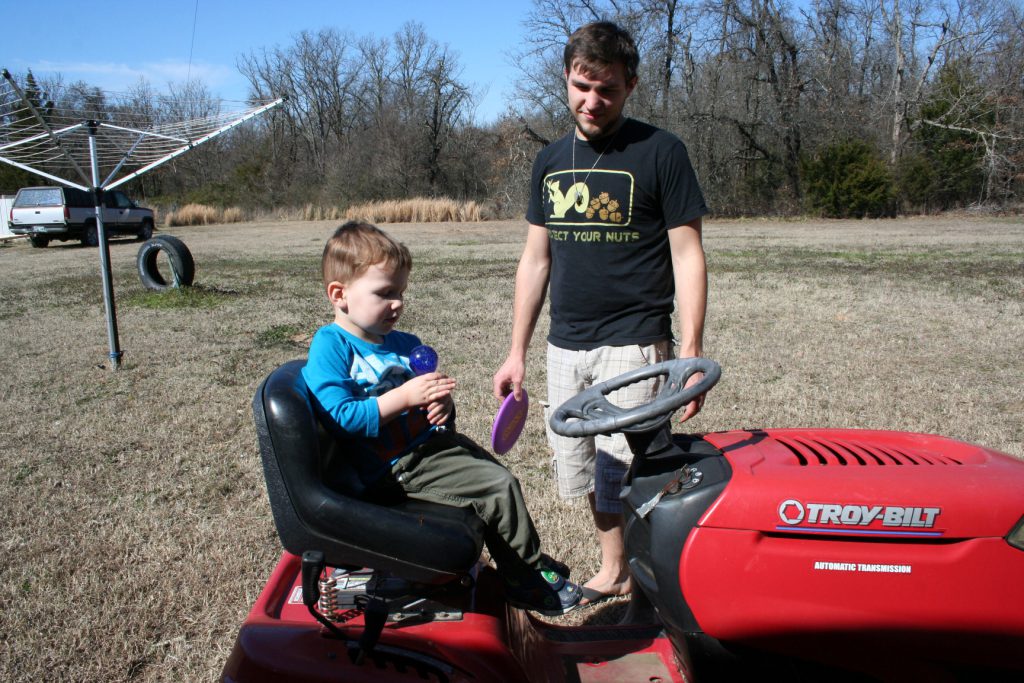 He spent a few minutes blowing bubbles and chasing the bubbles I blew for him. 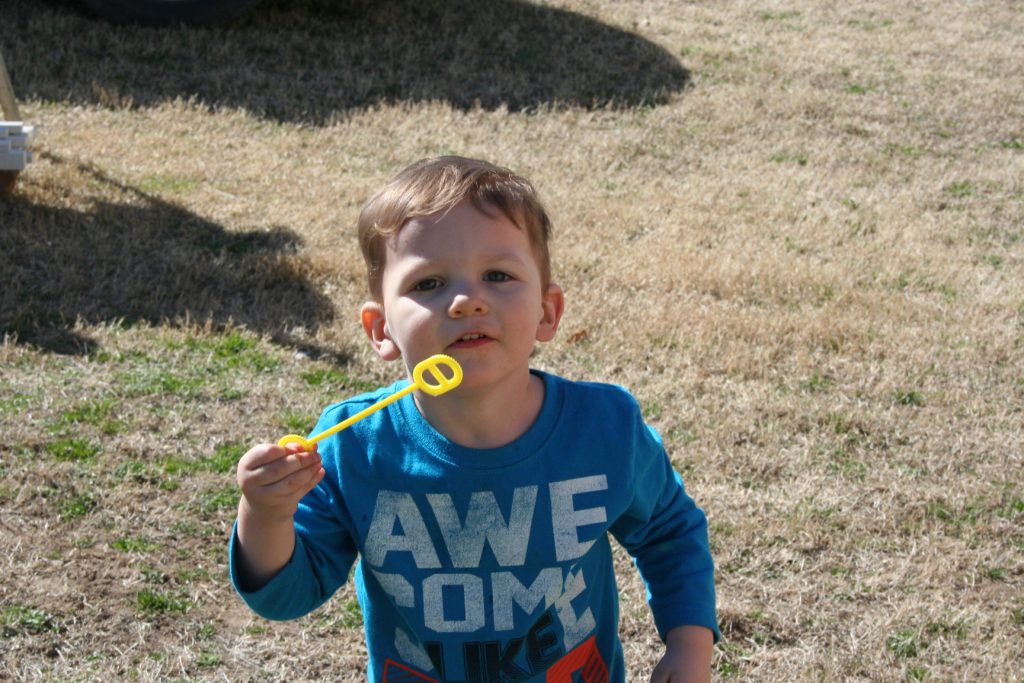 He seemed to like visiting Sasha. Tiffany took him over too. 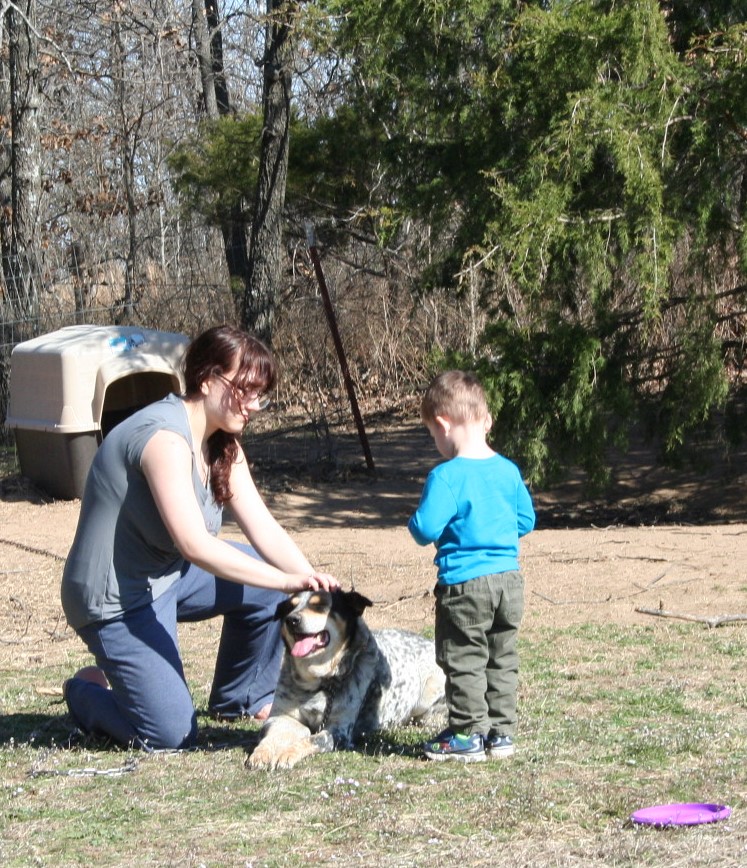 And the next day he went out with Sean to feed the animals and they visited for a while again. 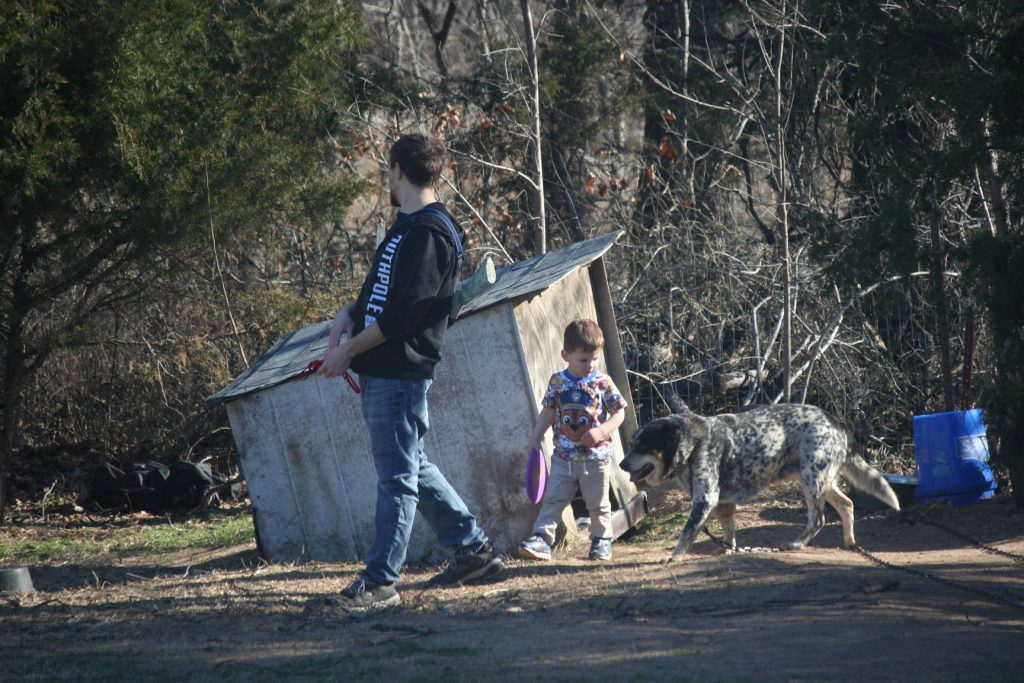 (I don’t know why we haven’t gotten rid of that old dog house. We got her a new one several years ago, which she uses but I guess she likes having options.

Then we were off to my parents’ house to visit and celebrate March birthdays. My youngest niece took the cake out to each person when it was their turn. First up was Halee, then my sister Tracie, then Sean, whose birthday isn’t until next week. 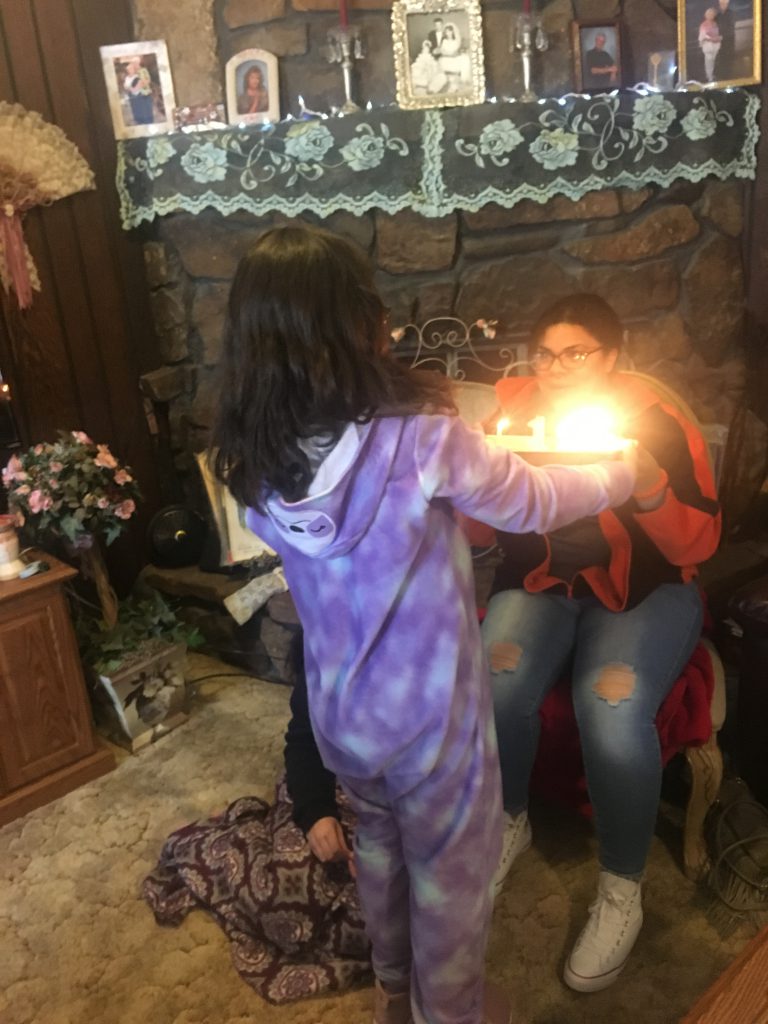 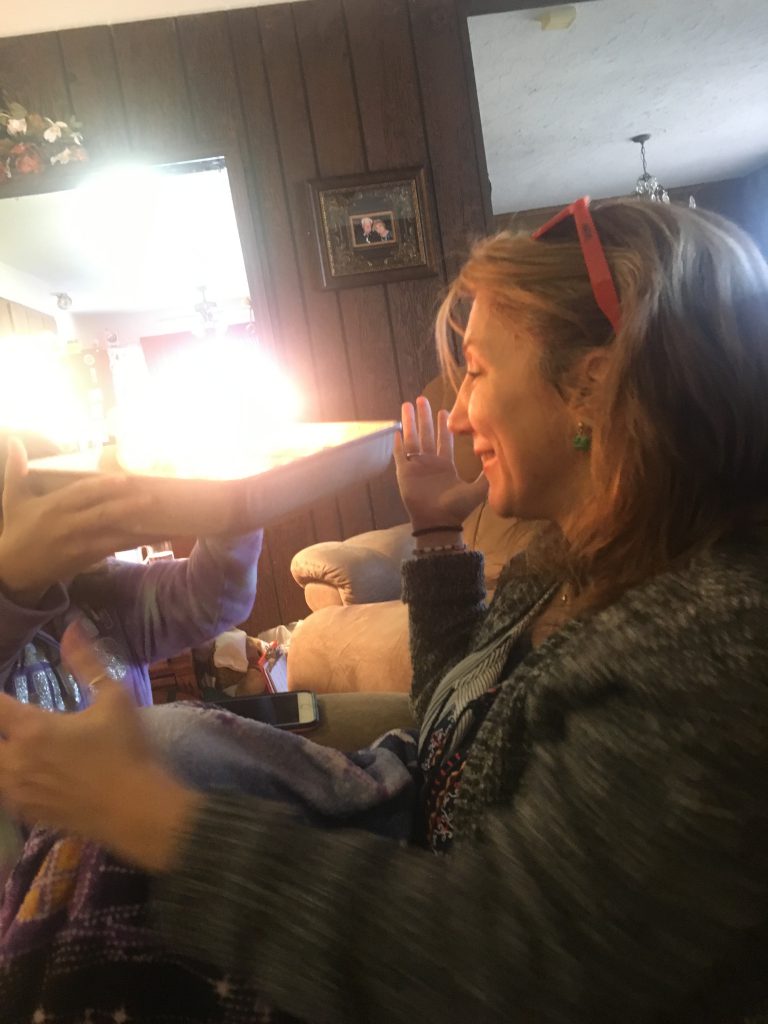 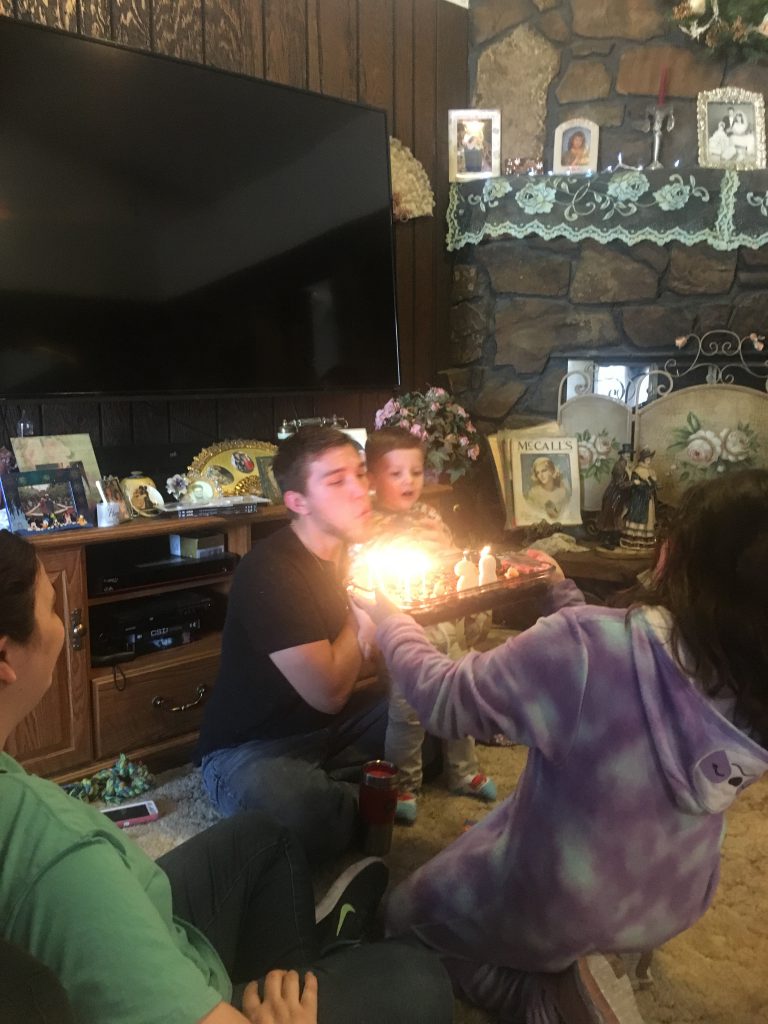 It was a nice visit! It was good to see my family again. I sure do miss that we get together weekly but I sure do like lazy Sundays at home after church.

Well, there were more pictures taken of the trees and such but I’ll share them next week, as this has gotten rather picture heavy.

Have a great weekend,