I recently gave a small little notepad to Sean, my middle son. He promptly asked me if I’d tangle on it in white. Of course, not wanting to let him down I consented.

The other day I tangled it while I was listening to an audio.

Since there is no Diva Challenge this week AND we had a visitor on Tuesday, I decided that I would just share the notebook cover as my art for the week.

I’m not sure that I’m finished with it. I still want to do a little shading but when you are drawing with white, it is a bit different to shade than with black. I’m considering using color pencils to add some shading because I don’t think marker would work . . . I think it would just bead up and then smear off.

Here it is before any attempt at shading. 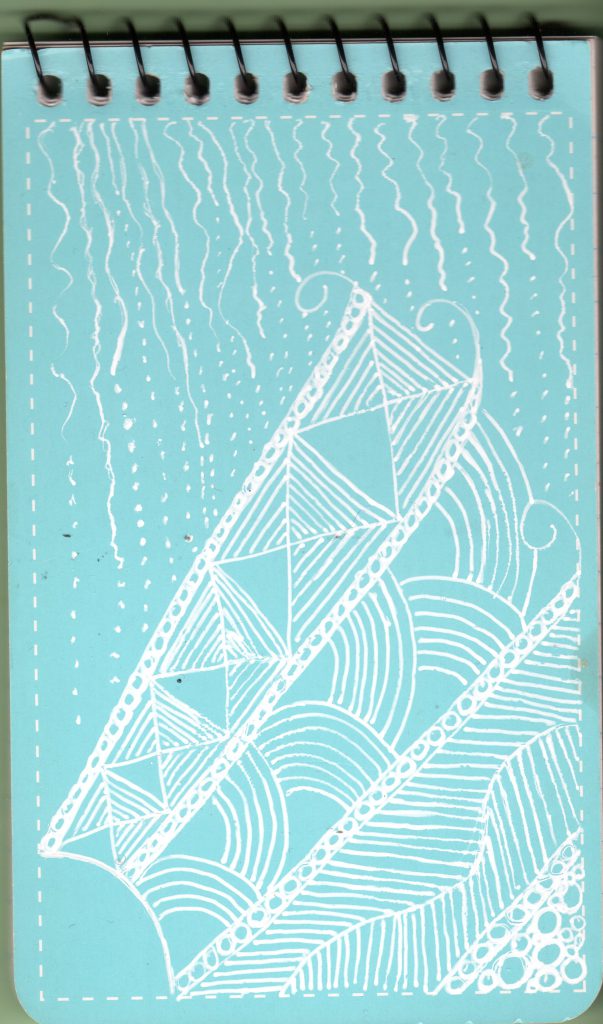 The dashed border was printed on the cover already. Tangles used are Tipple, Meer, Shattuck, Avreal, and Msst. You can see where I was struggling with my pen some, with Msst.

I appreciate you stopping by. I hope you’ll leave a comment so I know you did.